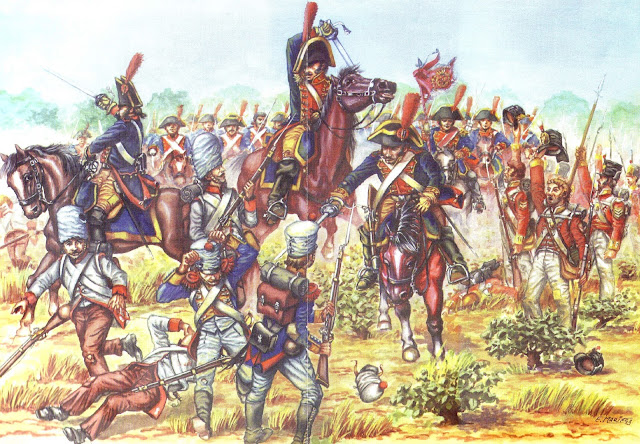 "Further south the Spanish infantry were locked in an indecisive engagement with the Hessian and Frankfurt troops. Here the Spanish volleys were not so effective and the Germans were able to hold their own. However the outcome of this attack was decided in the centre where the unfortunate Baden battalions found themselves looking down barrels of ten artillery pieces at very short range. Although the British guns were only 3-pounders, the four Spanish guns were heavy 12-pounders and the effect of the grapeshot fired from behind the protection of the earthworks was terrible."
Talavera: Wellington's First Victory in Spain - Andrew W. Field

Just as a little 'heads up" pre-game announcement for the Talavera fans, as we will be playing a new scenario for Carnage & Glory between Xmas and New Year which will look at the attack of General Laval's German Division against the Pajar Vergara redoubt that heralded the start of the French afternoon attack. 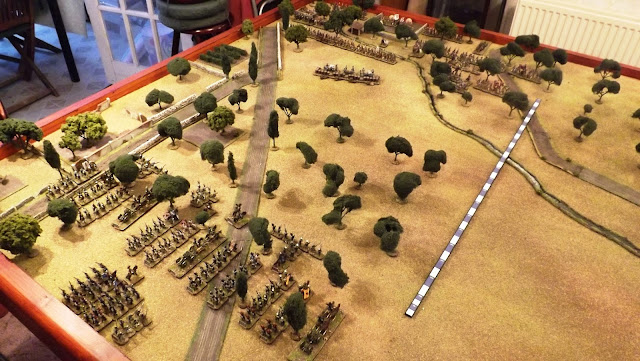 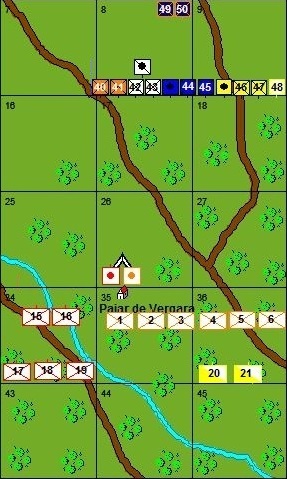 Facing off against the German, Dutch and potentially Polish battalions will be General Portago's 3rd Spanish Division supported on his left by the men of Cambell's 4th British Division with five battalions of British infantry but with three of them in a rather weak condition. 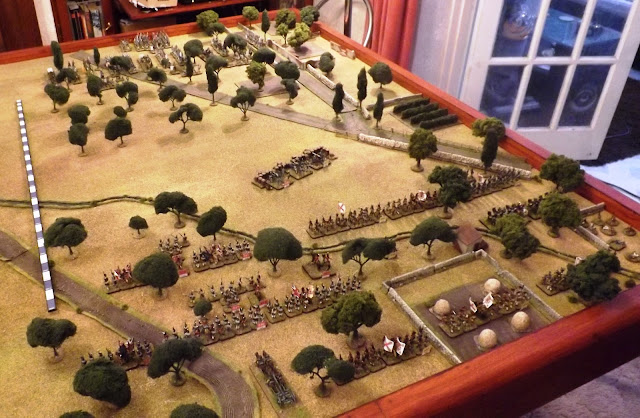 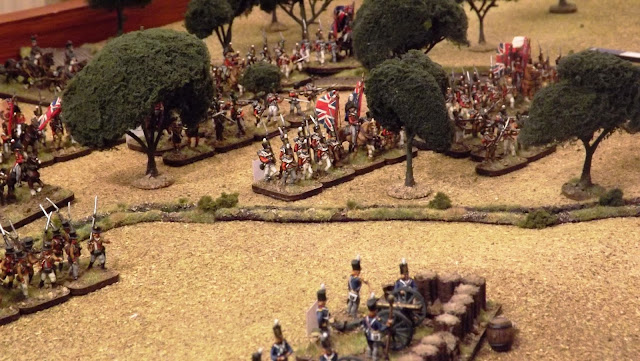 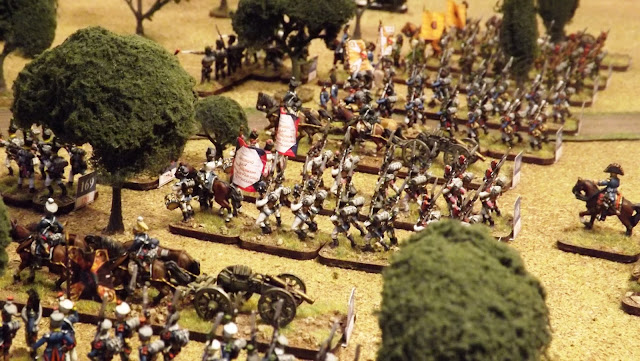 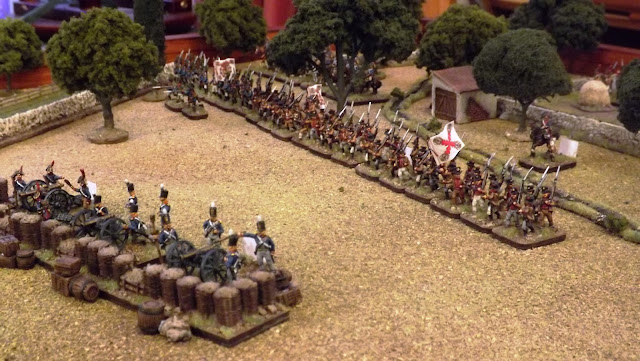 The two sides are quite evenly matched giving the unit strengths and the quality difference of all the Spanish troops versus the Germans, plus the Nassau boys will get to try out their "Hola" as they attempt to kid the British line into not firing immediately on what could be some Spanish militia lost among the olive trees. Both sides have troops in reserve that they would rather not commit to this part of the line and there are penalties for the French if they throw in the Poles; so we shall see how far both sides are prepared to commit their assets. 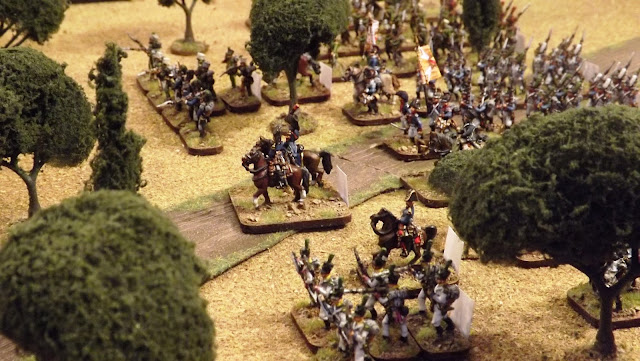 The objective is to hold or take the redoubt which will swing the result in favour of the side in possession at the end of the game. The redoubt will also form a key objective in the full afternoon attack scenario 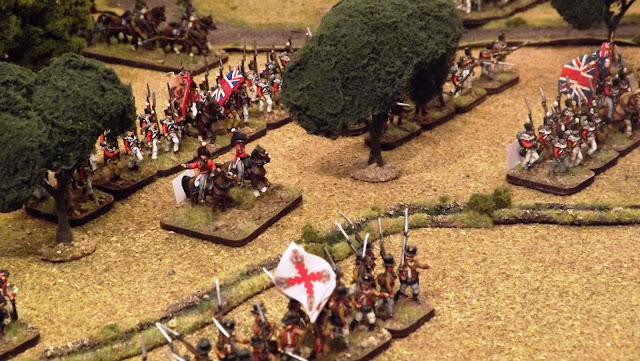 As you can see the two sides are deployed and set up so we should have some post Xmas, Talavera action here at JJ's
Posted by carojon at 01:03