Along with their comrades, the 94e Ligne, the 95e Ligne were destined to play the role of Corps reserve as part of General de Brigade Puthod's brigade.


The regiment's reserve role is borne out by their very low casualties for the two days of battle, being the lowest losses recorded for all of the infantry regiments in I Corps, having just twenty seven men wounded. 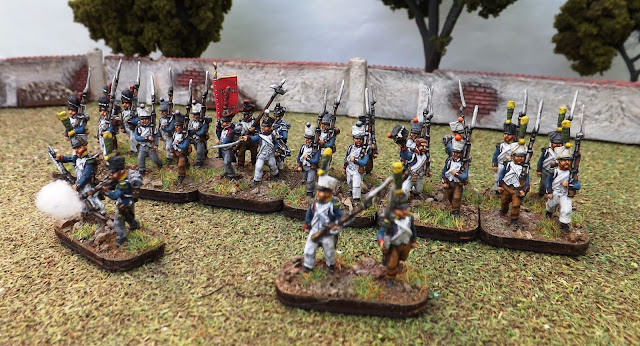 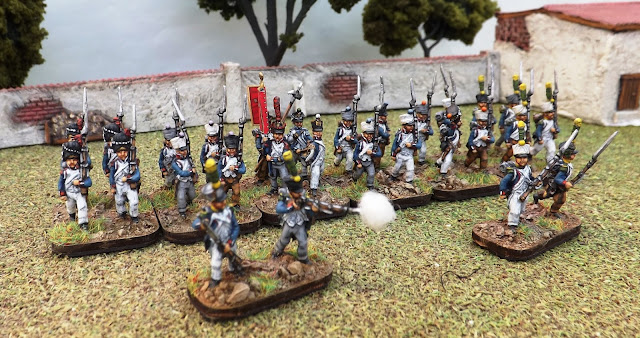 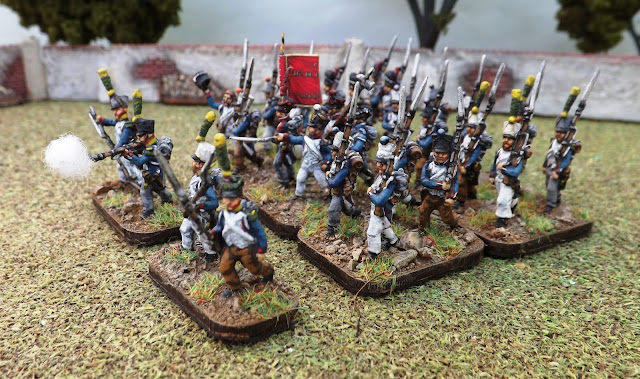 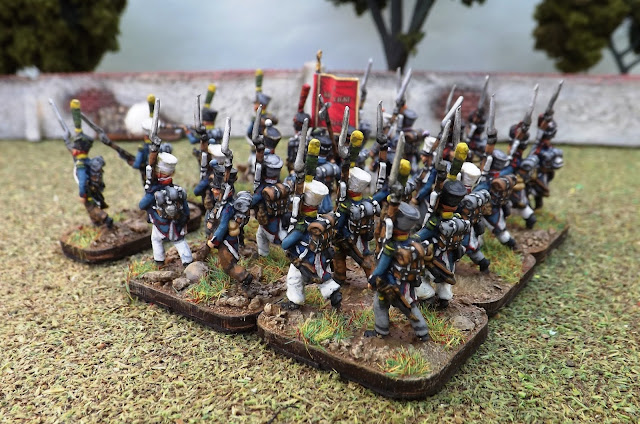 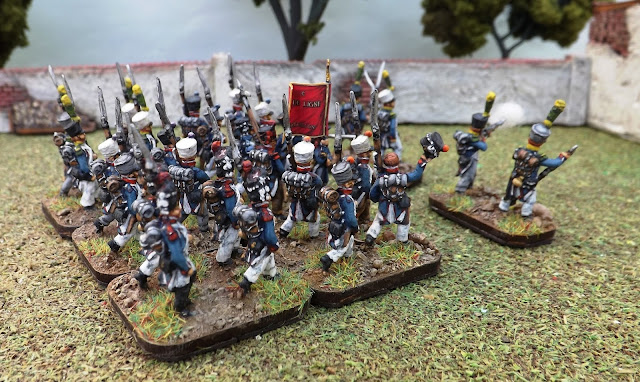 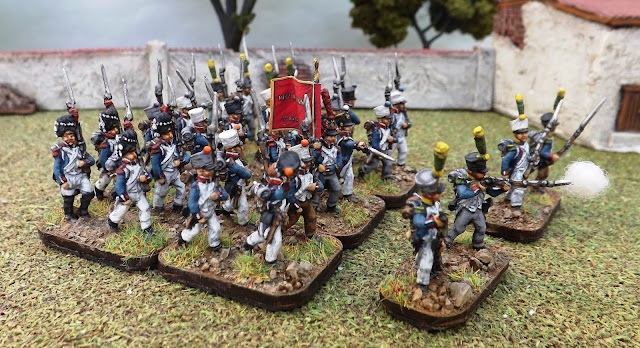 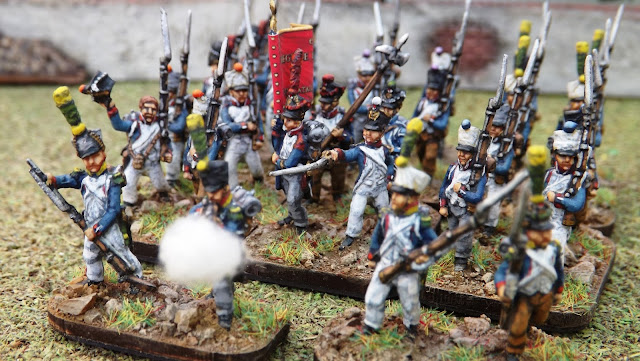 My 3/95e Ligne are composed of figures from AB with a battalion fanion from GMB Flags.

The battalion is the final and twenty-fourth of the line infantry battalions in Victor's Corps and completes the eighth regiment in a project started in May 2015. I hope like me you have found the details behind each of the regiments interesting, as I have enjoyed discovering the stories and personalities that make these regiments so different, one to another.

Bar a few artillery crews and teams and some French general officers, the French order of battle is complete and so it just remains to finish off the Spanish forces that fought in the British lines and will form the theme of the upcoming posts as we move towards bringing the project to the table.

As with other formations completed so far I thought it would be fun to post some pictures of Victor's Corps on parade before we move on to the next project. So that will be the theme of the next post.