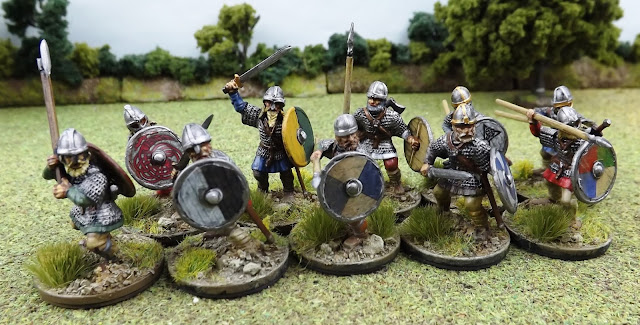 Yesterday was spent very happily getting stuck into a large Dark Ages game at the Devon Wargames Group.

If you would like to see how things turned out, just follow the link to the DWG blog

A Ravens Feast at Littleham Cross

The end of year big game is a traditional event in the club where we usually run three separate games at each meeting to cater for all comers. 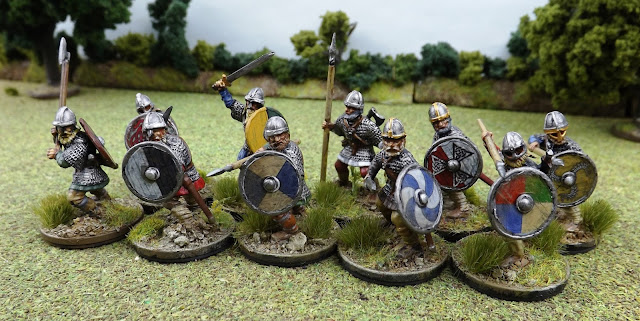 However with the Season of Goodwill to All Men fast approaching we like to come together for one last game of the year and go large on the table, figures, mince pies and other goodies that are needed to support a large army on campaign.

You will have seen Saxons prepared by myself and Tom, together with Viking leaders and Scots as part of Mr Steve's contribution and now I can present Steve M's Vikings of which these are a small sample as he has been very busy in recent weeks producing his pagan host.

These chaps together with the others featured were all in action yesterday and I think we will be playing quite a few more games with these chaps going forward.