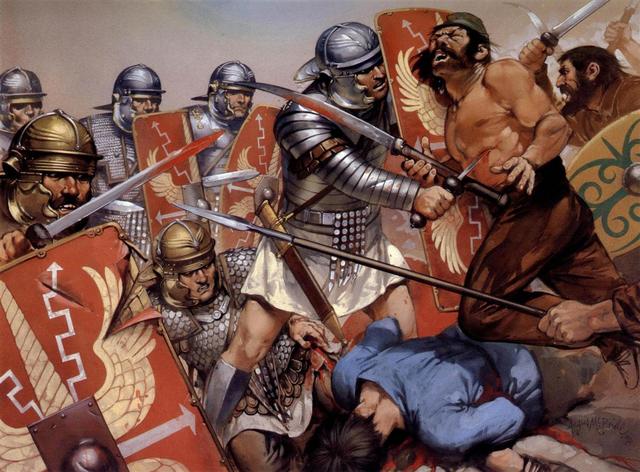 Yesterday I got in my third game of Augustus to Aurelian and this time we were trying out a Dacian force against the Romans in a recreation of the Ambush at Tarpae in 87 AD that saw a Roman army badly beaten and its commander Cornelius Fuscus killed. 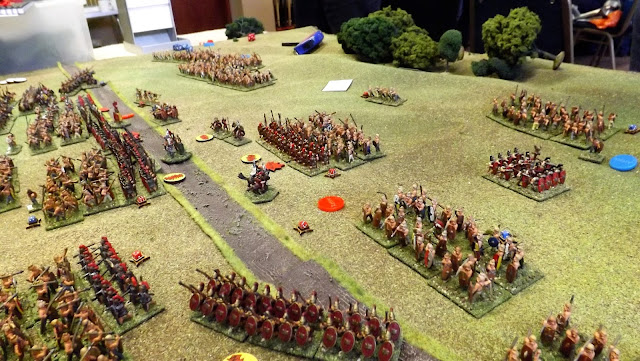 The game gave an opportunity to test the proof of concept of my new game chits designed to replace the use of a card deck for determining initiative, together with the stat-cards I created to replace lists of units and game markers to indicate orders, disorder, shaken and use of pila. In addition Mr Steve provided some individual warband figures to record the use of the 'Brave Warrior' rule, something I intend to use with my 28mm warbands.

I was really pleased with how the game played and despite being a bit rusty with the rules, we were soon rattling through the moves and I feel confident that regular play will only improve our knowledge and understanding of them.

Games like this are also really helpful for imagining the look of my 28mm planned armies and the look of the games I want to produce. 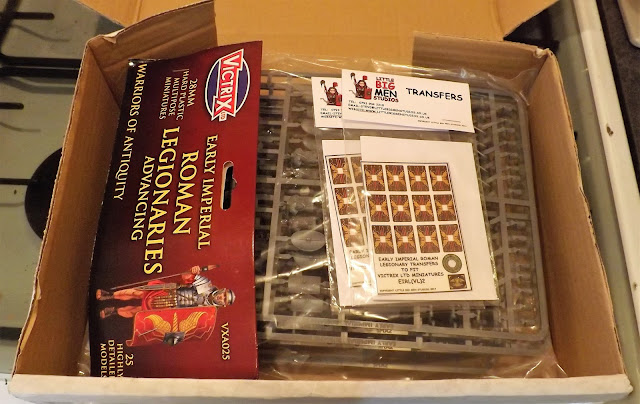 The arrival of a pack of Victrix plastic EIR Legionaries this week has confirmed I need to replace the Warlord options with these lovely sculpts, and I am looking forward to the release of the 'attacking' options due to be released at Salute this year.
Posted by carojon at 02:55