Something for the Weekend Sir? - Numidian Light Cavalry

The month of June promises to be a very busy one wargaming wise here at JJs with all four of the weekends taken up with various games incuding the Devon Wargames Group, the annual summer time trip to Chez Chaz in North Devon and of course the first of the Talavera 208 games.

The theme for this years meeting in North Devon will be a 28mm Punic Wars clash and I, rather rashly considering the figures needed to be prepared for Talavera, committed to getting some of my Dacian Wars, Numidian Light Cavalry ready for the summer game as a small contribution. 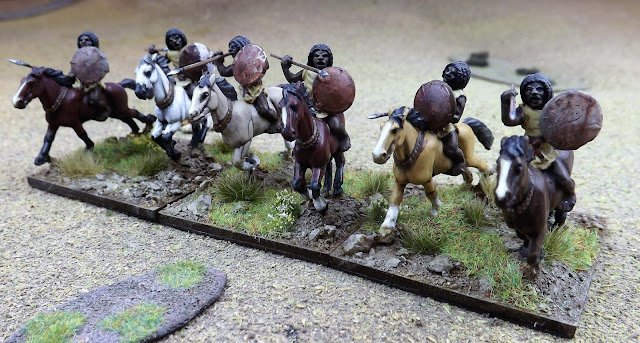 I always strive to under promise and over produce and so I was really keen to get these chaps done as soon as the Talavera collection was finished off and this unit was turned around in about five days which leaves me time to focus on my own big game preparations. 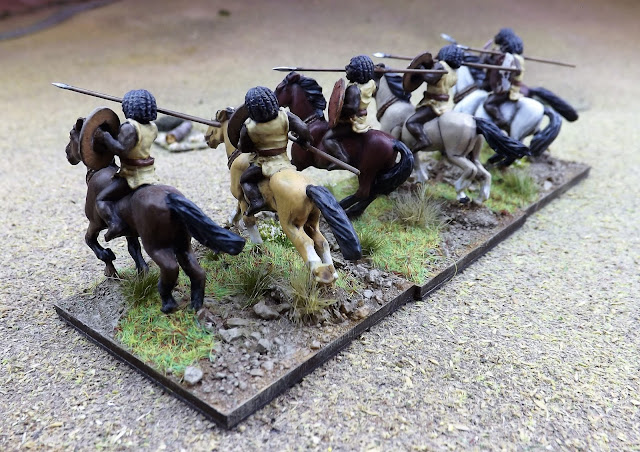 These Numidians are from the Warlord range of figures and are a nice set of models to add to my collection.

The only real issue with them is the lack of LBM shield decals which is surprising considering how long they have been around, but this forced me to get some of the new decals for the Victrix plastic Numidians and adapt them for the smaller shields on these figures. 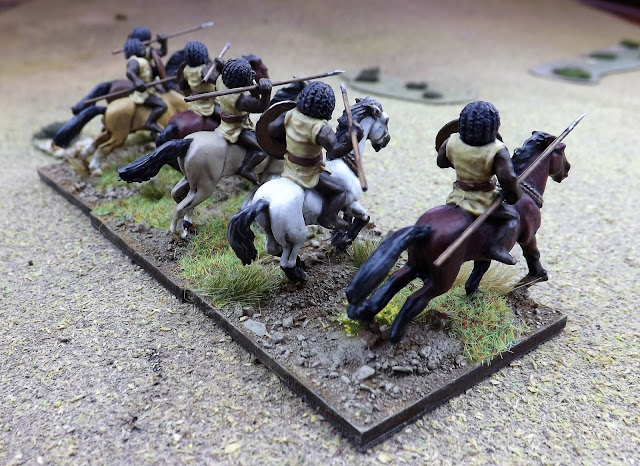 The Numidians proved themselves under the great Hannibal, formidable fighters and excellent light cavalry, useful in the battle line as well as scouts for the army when on the move. Little wonder then that the Romans were  keen to get these warriors on to their team when the final showdown with the Carthaginians finally arrived on the plains of Zama.

Little wonder then to see these formidable warriors portrayed on Trajan's Column in Rome depicting their continuing role as the light cavalry 'par excellence' of the ancient world as the Roman Emperor finally sought to settle issues with the Dacians once and for all. 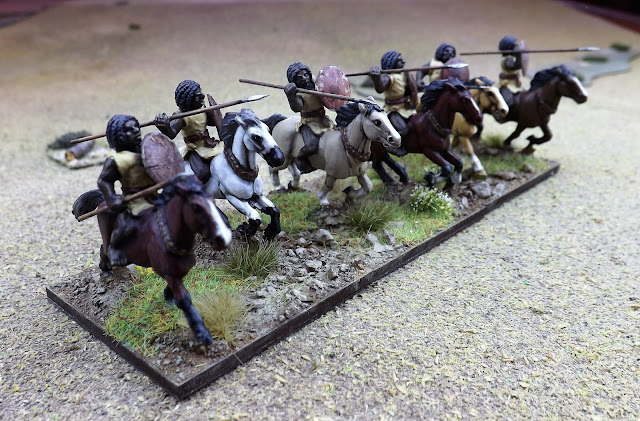 The Numidians herald the shift in focus here on JJ's as over the coming months I will be concentrating on getting the Dacian War collection up and running with games featured here and on the DWG blog.

Never fear though Napoleonic fans as there is still lots to come with the Talavera project and a gradual if less full on addition of new units to allow the production of future Peninsular War games going forward
Posted by carojon at 06:30