This year for my annual summer break, JJ's Wargames has temporarily relocated to Liempde (pronounced Limper in the local area) in the beautiful Netherlands and we are perfectly situated to enjoy loads of cycling with flat roads and paths in a country that is the patron state of cyclists.


I can confirm that there are no hills in Holland and the only incline my bike has had to negotiate is the odd ramp to get up and over the occasional canal or motorway bridge.

The weather has been perfect since we arrived a few days ago and Tom and Will are set to join us a bit later for some family trips and fun.

As well as soaking up the local culture and history this holiday is a bit of a pilgrimage for me as I wanted to visit the grave site of my Dad's commanding officer who was killed in the days before the Arnhem Campaign and is buried at the Commonwealth War Cemetery in Leopoldsbourg, across the border in Belgium.

In addition we are intending to travel into Eindhoven to do a bit of an 'After the Battle' picture shoot on the site where Dad was pictured on his Sherman tank during the liberation of the city by the 101st Airborne Division and Guards Armoured Division as they attempted to fight their way up to Arnhem.

Not only that but our base in Liempde means we are perfectly situated to visit other really interesting sites close by and a little further away which I hope will allow me to bring you posts about the Battle of Boxtel in 1794 or should it be better described as the Action at Boxtel; either way it is the first combat in which the future Sir Arthur Wellesley, Duke of Wellington fought in, as a brigade commander in the Duke of York's British expeditionary army. 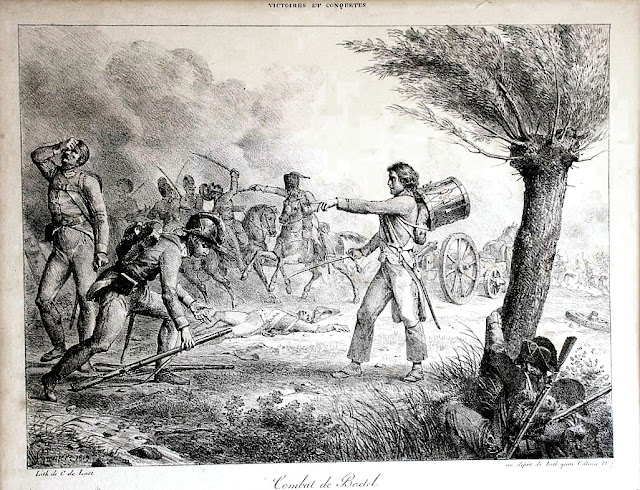 In addition to that I hope to show you some other WWII stuff including the amazing collection held by the Overloon War Museum, plus with my Ancients project up and running some visits to the Roman Germania Limes and associated sites.

Of course during the down time filled with appropriate reading for inspiration and research I have put aside some time to progress various collections that will be picked up when I get home so I brought a few Vikings and Romans along for the holiday.


These are Gripping Beast Viking Herdmen and Dark Age Warrior plastics, together with my first pack of Victrix Roman Early Imperial Infantry. 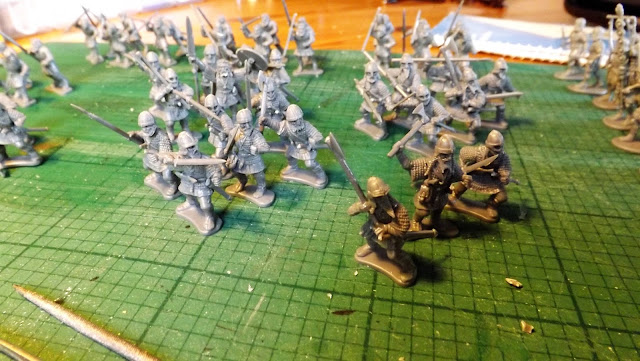 I know some people really hate the idea of putting figures together, but as someone who started out in the hobby after building plastic scale kits I really enjoy the process of working out how these figures go together and creating the individuality that plastics offer the wargamer.

The Viking Herdman box offers loads of variation to build into the groups and I really enjoyed messing about with them, plus the spare heads I had left over meant I could add yet more variety to my Dark age warrior set that will join them against my Saxons. 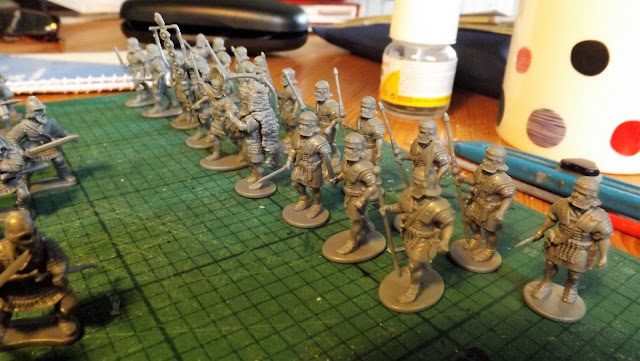 The Victrix Roman infantry are as I had hoped absolutely stunning and a pleasure to assemble, and following this sample pack I picked up at Partizan in May I will be using these chaps as the core of my Roman collection. Not only that but the Roman Auxiliaries are due out in September and Victrix have released pictures of their Auxiliary cavalry due out some time early 2018. 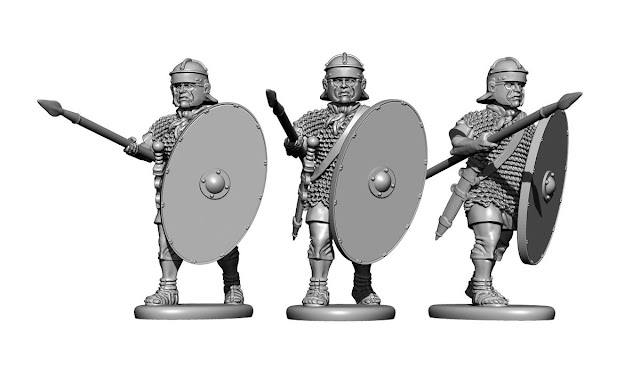 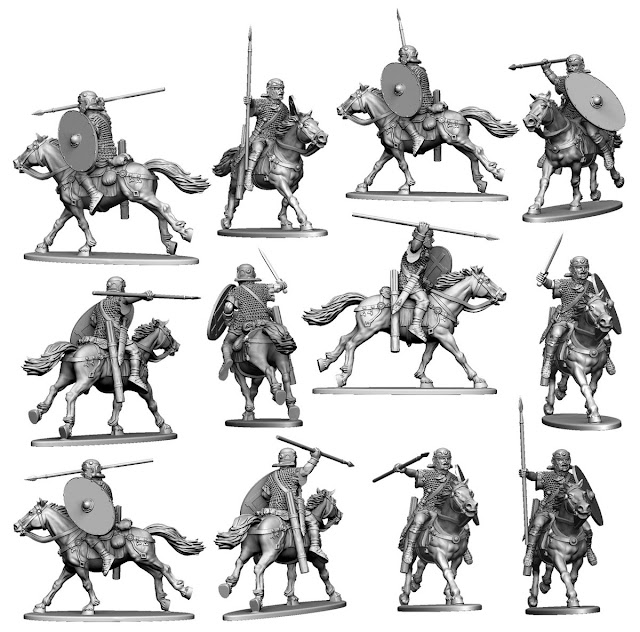 Note, all my figures are with shield off, as I will try out painting these first and adding the shield after so have left them on the sprues for adding on later.

I read with joy the Meeples blog post by Neil Shuck that as well as a new set of 15mm buildings, Warbases are adding to their Roman 28mm range of buildings with a new fortress kit based on the Arbeia Roman fort in South Shields.

I can now look forward to a suitable model to produce my Dacian Sarmizegatusa fortress at last.