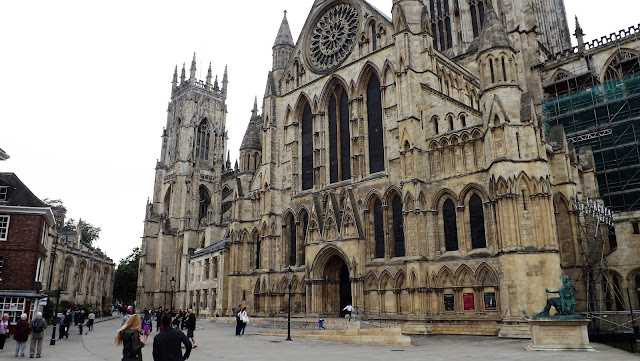 I thought I would end my series of posts on our trip to York this June with a look at some of the other places visited during our stay that didn't make the cut for a post of their own.

There really is so much to see for the history buff that a week was barely enough time to do all the things we had planned and make time for sleeping as well.

The link that York has to the spread of Christianity in Britain is a long one going back to Constantine the Great who was proclaimed Emperor close to the spot where his statue is placed next to the Minster.

His eventual rise to Emperor would see the start of Christianity's spread throughout the Roman Empire and its eventual appearance in Britain after the Romans departure, with the cities of Canterbury and York becoming the centres of the new religion in the south and north respectively 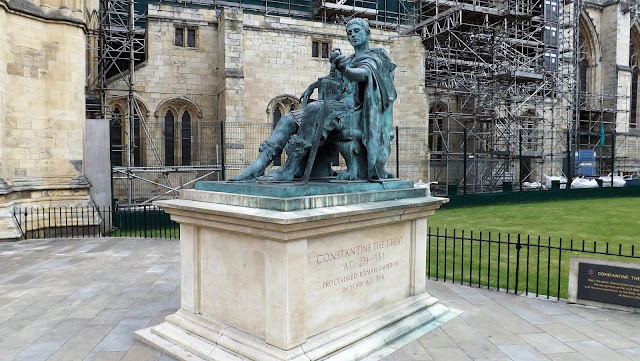 The minster is built in the midst of the old Roman fortress and its foundations have revealed during repairs to the structure the Roman headquarters building now on view in its basement or undercroft.

The Roman pillar now placed in the square opposite the great cathedral was discovered during excavations of the transept lying where it had collapsed and gives an idea of the scale of the original Roman Headquarters building that once occupied the place now taken up by the minster. 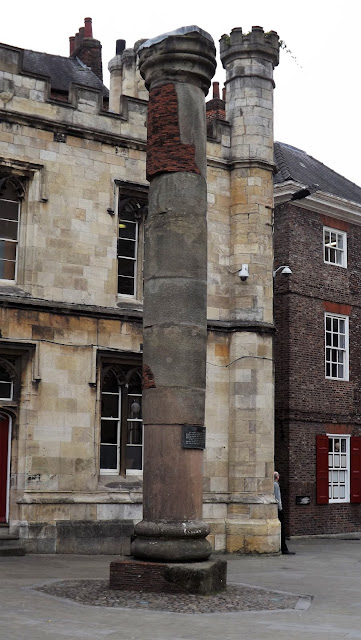 York Minster itself has been in situ since 1291 and a building of this scale and complexity is always in need of ongoing care and attention and when we visited the scaffolding indicated that ongoing work to conserve and repair the exterior stonework and carvings, with the cleaned up stone blocks indicating the progress of the work. 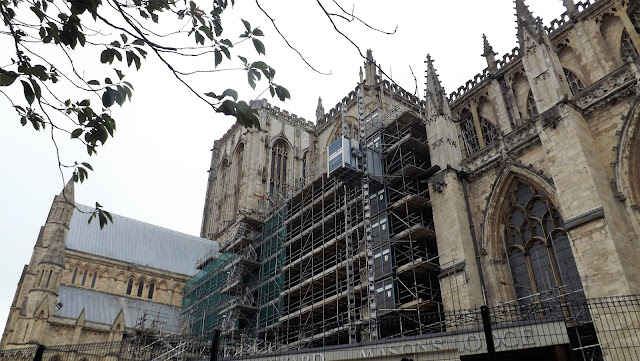 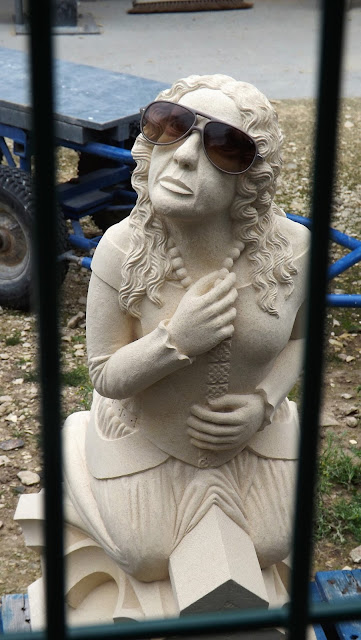 Close by the minster is a building known as the Treasurers House which among the attractions it contains is the site of a very famous story about York that I was familiar with but unaware of exactly where it occurred.

As you can see from the model below, the overlay of the minster and the house are in the top corner of the old Roman fortress and the house is built over the original Roman road that ran through and out of the city towards the north. 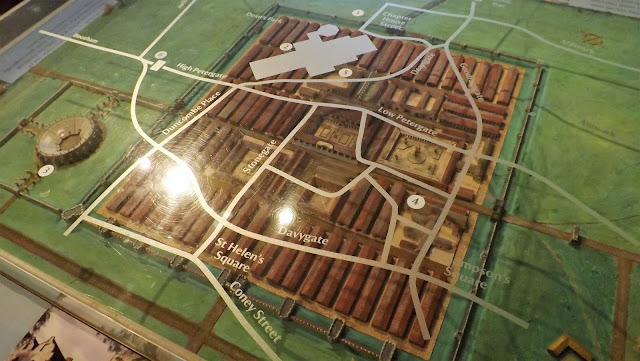 I had heard the story of the workman busy doing maintenance work in the cellar of a house in York being frightened and shocked by the blast of a horn, the sound of marching hobnailed boots on stones and the sudden appearance through a brick wall of Roman soldiers marching in column behind their officer mounted on his horse.

Nearly falling off his ladder in his haste to get out of the way he cowered in a dark corner of the room and watched the column of soldiers disappear into the opposite wall making a mental note of their appearance, describing oval shields and spears carried sloped, with plumes coming from the tops of the helmets.


When the ghost Roman soldiers were first seen they appeared to be much shorter that they should have, until excavation of the cellar floor seen above revealed the original Roman road the troops were using.

There are excavations a plenty in York and you don't have to go far to find some. Here in the basement of the suitably named pub, The Roman Bath, are the Legionary baths with the little pillars of the original hypocaust or under floor heating system showing the layout of the various pools and hot/cold rooms. 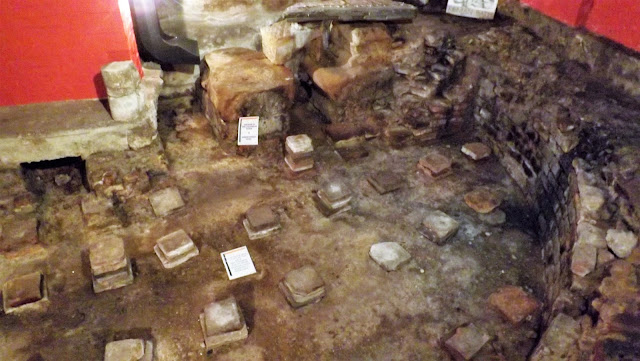 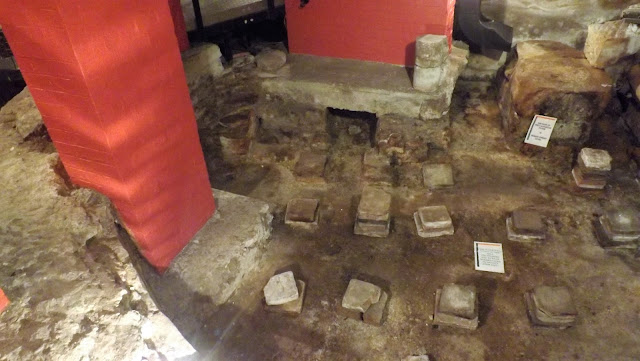 Not only that but you can see the soldiers changing room with all their kit still there as if they were about to come back and collect it. 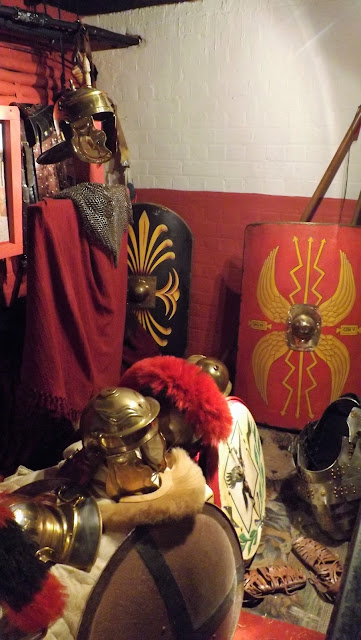 There is nothing new about religiously motivated terrorism and York can lay claim to one of the most famous proponents of the tactic, none other than Guido or Guy Fawkes; the leader of the Gunpowder Plot to blow up Parliament and the King in one murderous explosion as a prelude to a popular revolt in the Midlands designed to replace the dead King James I with his nine year old daughter, Princess Elizabeth and establish a Catholic monarchy in England.

The luckless Fawkes was born and christened in the city and lived just along the road from our apartment. 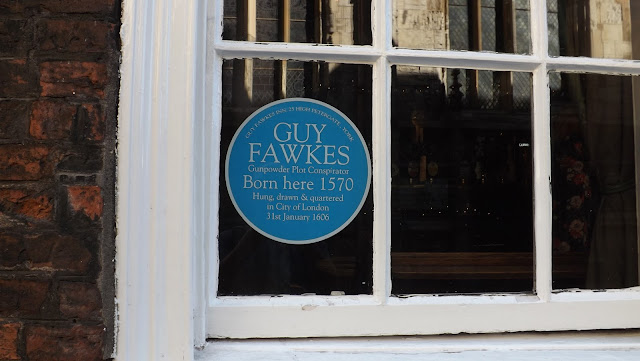 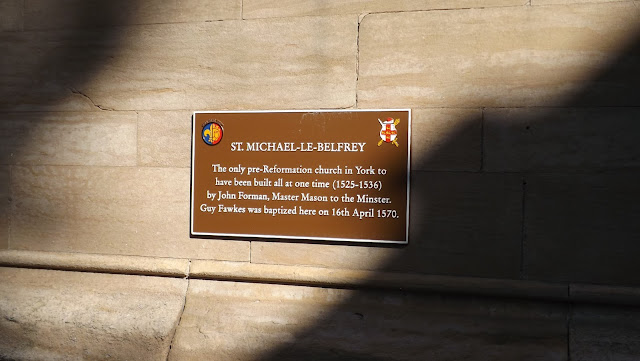 Everywhere you go in York there are interesting buildings and stuff that just catches the eye. Minerva the Goddess of drama and wisdom, surely two aspects of wargaming! 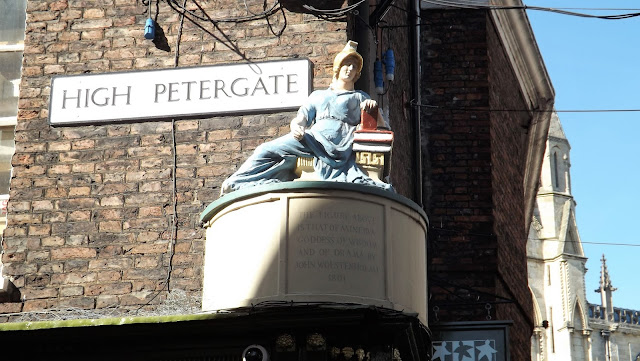 Our apartment was perfect for our holiday and all down to Carolyn who did the homework to find it. Modern and clean and right in the old city with private parking just outside of the wall, we were perfectly situated to get to all the sights as well as a great selection of nearby restaurants and bars. 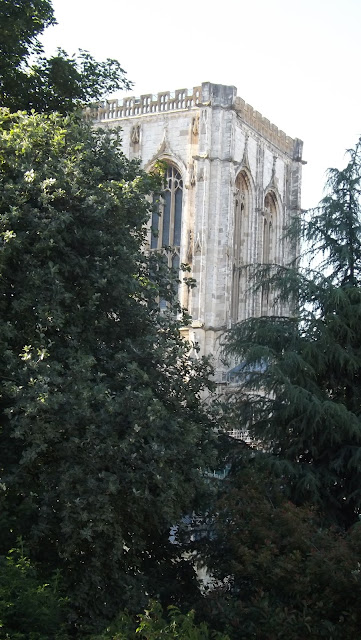 Stepping outside we were immediately on to Petergate and the medieval shambles looking like something out of Harry Potter, which might explain all the small shops selling wands and broomsticks. 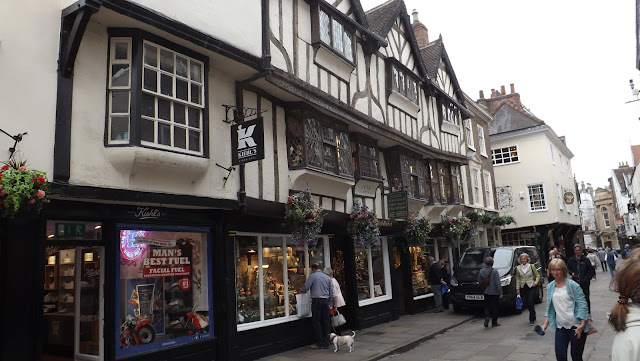 Of course any visit to York wouldn't be complete without a trip to the Jorvik Viking Centre with its recreated street scenes of Viking York based on the archaeology discoveries made in the mid to late 1980's.

We saw this display soon after it opened and it didn't seem to have quite the 'wow' factor it did then but then I guess times have moved on and this way of displaying history is not quite so unique as it seemed thirty years ago. 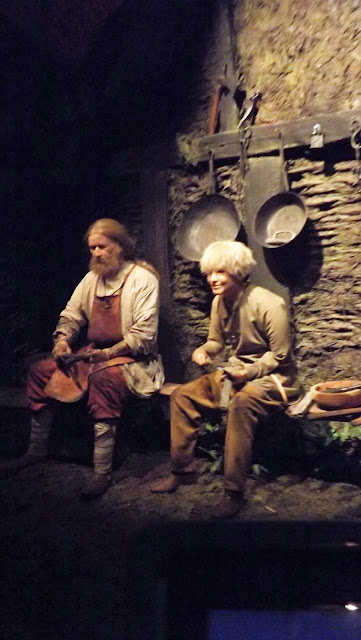 The lighting in the centre is not exactly created to aid photography and so I restricted myself to a few shots of the street scenes that help capture the feel of the exhibition which is added to with the odd waft of appropriate smells to add to how Jorvik would have assaulted all the senses. 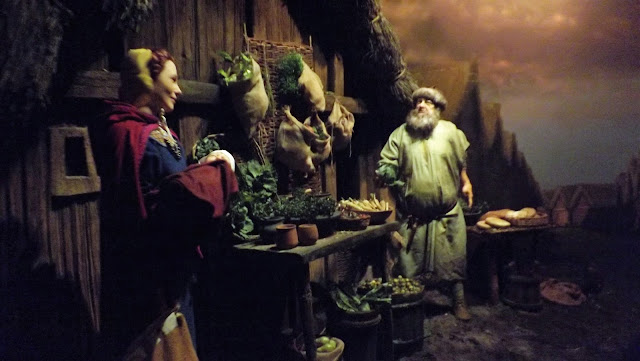 Another interesting attention to detail is the faces on the manikins that move and interact, with many of them reconstructions based on the skulls of the inhabitants discovered during the dig.

The boggy nature of the ground in York, being at the confluence of two rivers has helped to preserve many items of leather and wool that would normally have been broken down in the intervening centuries. 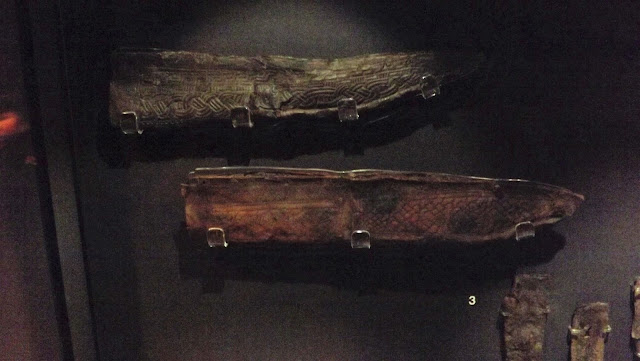 The craft work in these knife scabbards, shoes and the woollen sock are truly remarkable and surprising to see in such a great state of conservation. 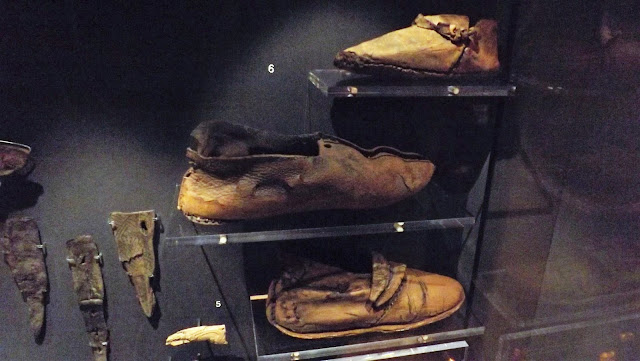 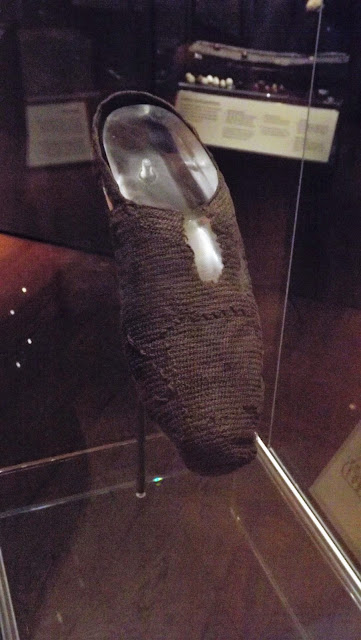 And finally I thought it only right to end on what being a Viking was all about, namely the accumulation of wealth at others expense and if it includes silver even better.

The coin hoard below reveals mainly English coins from the reign of Canute, with a few coins from Normandy all gathered together in that large gilt silvered pot made in the 9th century and of Frankish origin probably taken from a church. The hoard contained 860 silver coins, six decorative gold discs and a silver neck ring and is thought to have been buried around 1025-30 AD.

Vikings and their love of silver, that is probably one of the recurring themes from our trip to York. 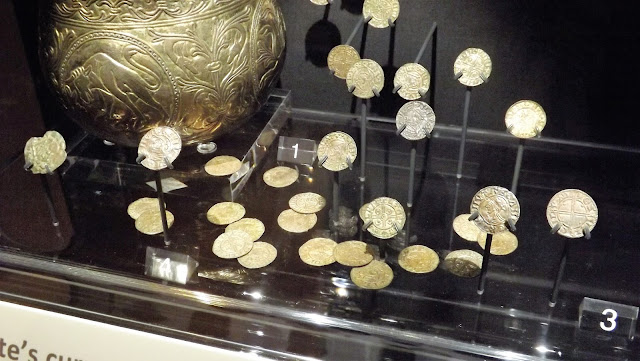