The Westphalian Light Horse Regiment or Lancers were part of the Westphalian contingent supplied to meet Napoleon's demand for allied troops for his invasion of Spain with the infantry crossing into the country from Perpignan on the 5th of May 1809.

The cavalry operated separately from the infantry entering Spain with three squadrons under the command of Colonel Karl Cristoph Wilhelm Hildesheim, in November 1808 as part of Maupetit's brigade in IV Corps commanded by Marshal Lefebvre; 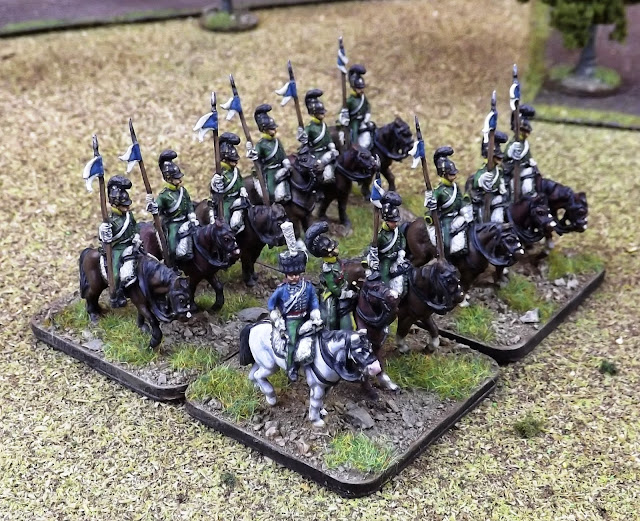 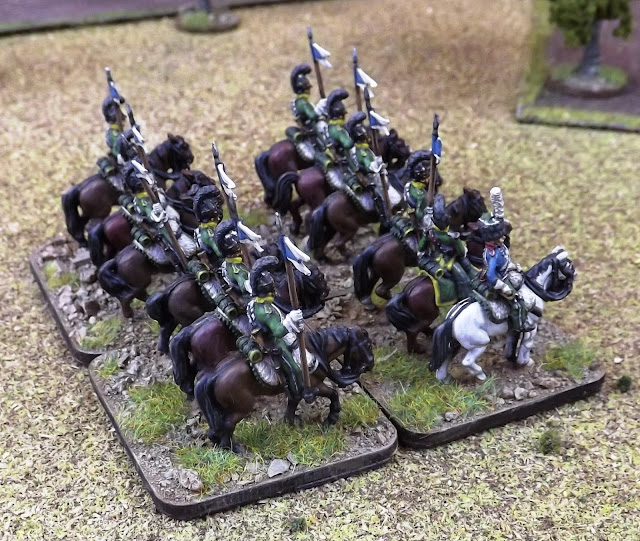 In January 1809 the regiment stayed near Madrid and the Tagus valley as part of Beumont's brigade attached to I Corps under Marshal Victor; 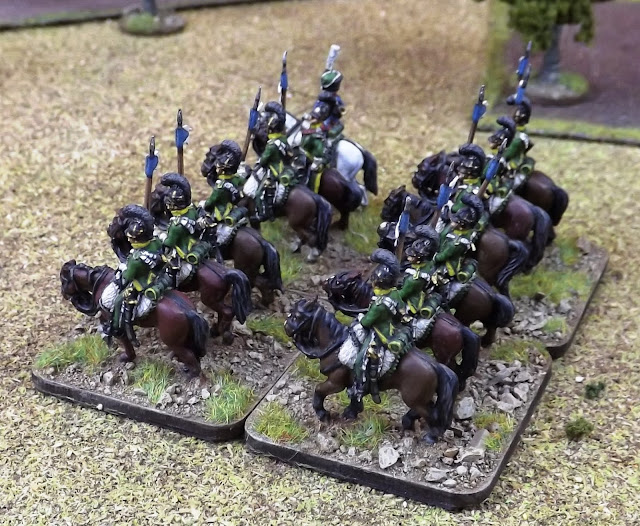 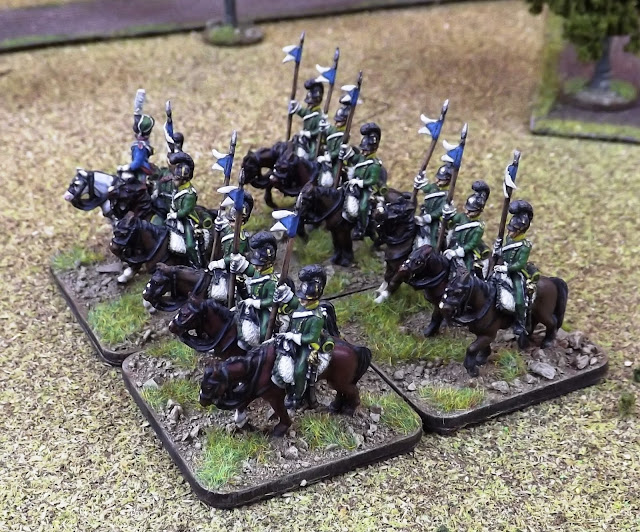 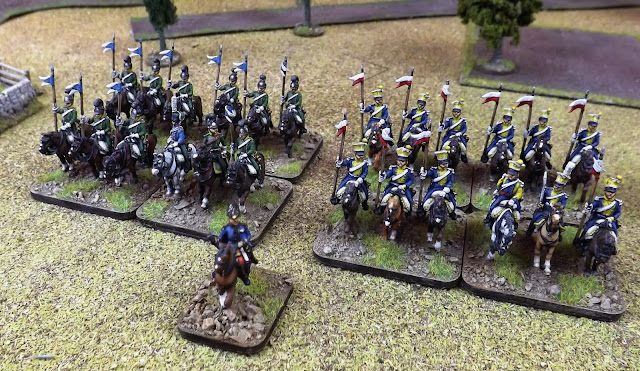 In the time period from its entering Spain up to Talavera, it is little engaged  taking part in a small action on the 11th March 1809 at Hynojola when Victor and I Corps are starting to move up the Tagus valley to support Soult's operation in Portugal. They are recorded as having just five wounded.. 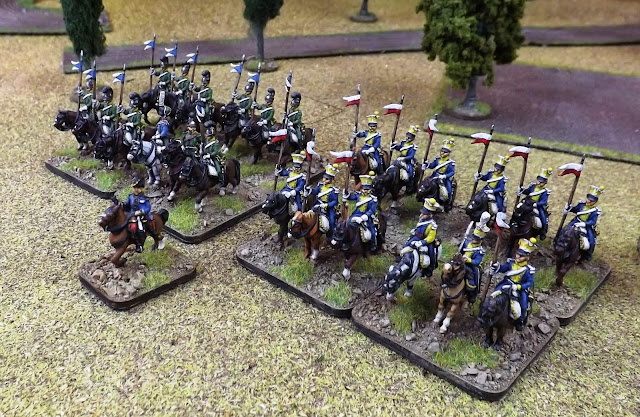 Their next action is Talavera where they are primarily in reserve with the rest of the cavalry just suffering two wounded during the day.

My Westphalians are composed of French line lancers from AB, not a perfect alternative but pretty good. As you will see the late surtout (tunic) of the lancers is not quite right and I had to file off the turban carried on the lancers helmet to capture the look of the Westphalian model. The trumpeter is a lancer trumpeter with a suitable head transplant.

I have given my regiment four squadrons to cater for those occasions when I may want the extra figures, but for Talavera they will field just the three. The "Lancer Brigade" under Colonel (General de Brigade) Ormancey will make an imposing sight sat behind the serried ranks of French infantry and should help keep the British commander honest by not wanting to see these chaps wading in among any disordered redcoats.

Other sources consulted for this post;
Charging Against Wellington - The French Cavalry in the Peninsular War 1807-14, Robert Burnham
Sir Charles Oman's orders of battle.

Next up, the British Heavies, starting with the 4th Queen's Own Regiment of Dragoons, followed by the 3rd Prince of Wales Regiment of Dragoon Guards, plus the final play test of the "Night Attack" scenario
Posted by carojon at 01:23