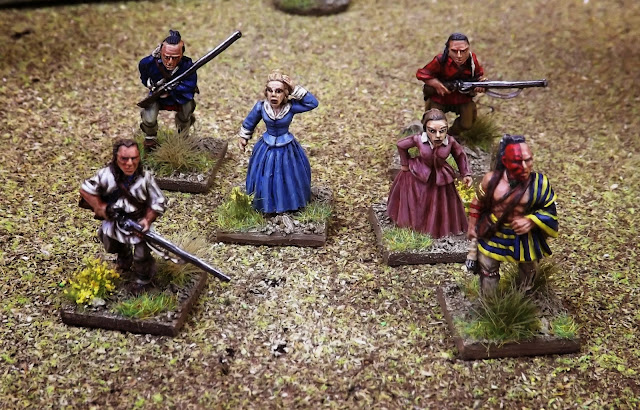 Hawk Eye and the Ladies painted by Tom.
As you will know the French Indian Wars and Muskets & Tomahawks have featured previously on JJ's Wargames and the occasional work both Tom and I have done for our friend Steve who is building a very nice collection of 28mm figures. 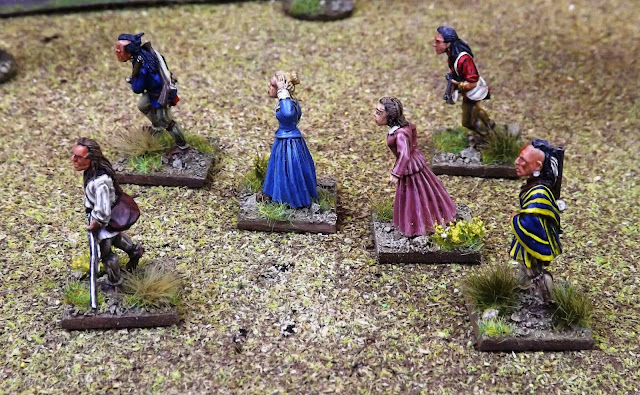 Steve asked me to paint these at Xmas just after I had finished the redcoats, but with the Talavera plans laid down, and a lot to get done, these characters were likely to have been on the back burner for a while.

Tom loves this period and the rules and immediately volunteered to paint these up as a break from Early Imperial Romans and his third year university studies which, with exams happening at the moment, have severely curtailed his painting - which explains why the Romans have had no additions since January. 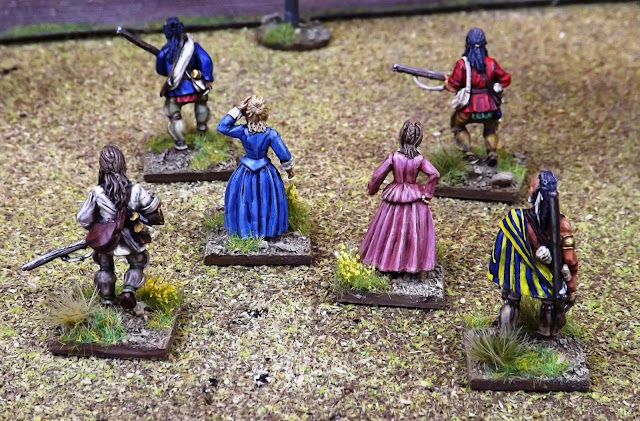 With a bit of free time, Tom decided to get these character figures finished over the weekend and I think he has made a cracking job of them.

The colours he has chosen are quite stunning and I know he was working on getting a lighter tone on the the two ladies. Female flesh tones are quite tricky but I think these ladies look the part as well as slightly nervous about their chances of making it across the table. 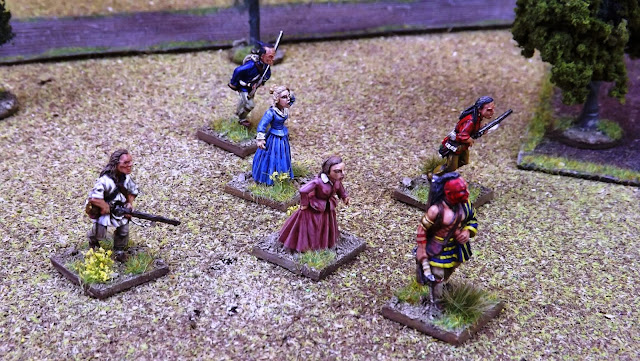 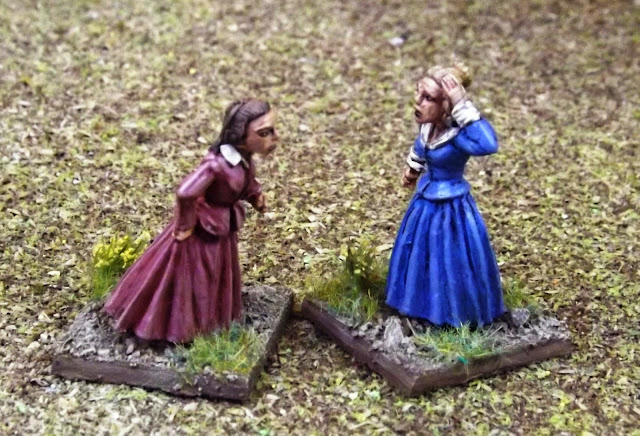 I am pleased to say that Tom has his last exam today and the next unit of Roman Auxiliaries are on the stick so onwards and upwards.

The Figures are part of the Conquest Miniatures range supplied by Warlords here in the UK.
http://store.warlordgames.com/collections/french-indian-war-1754-1763/products/last-of-the-mohicans

Next up the 3rd "Prince of Wales" Dragoon Guards
Posted by carojon at 23:20