Never let it be said that JJ's Wargames doesn't have a sense of poetry. As you know the object is to "paint to play" and units get done in order of that requirement, but sometimes things happen that make you smile, and as I was putting this post together a thought occurred to me. This is the first battalion of the 24th regiment, but it is also the first battalion of 24 battalions to complete the French forces at Talavera, about six months work., The reason it was selected is that the three battalions of the regiment are required to move on to the next scenario in the Talavera series, looking at the ill considered dawn attack on the 28th July. 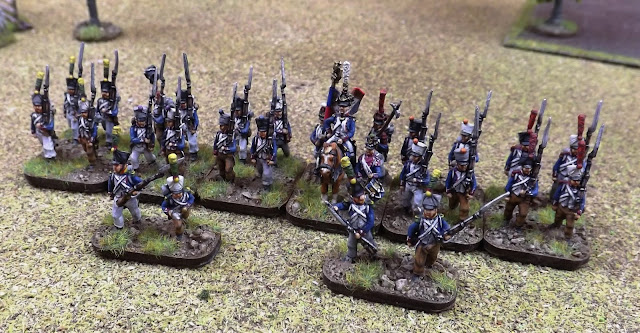 The most senior line regiment in General de Division Francois Amable's division and the second senior, after the 8e regiment, in the French army at Talavera was the 24e Regimrent de Ligne with their 1st, 2nd and 3rd battalions, led by Colonel Baptiste Jamin. 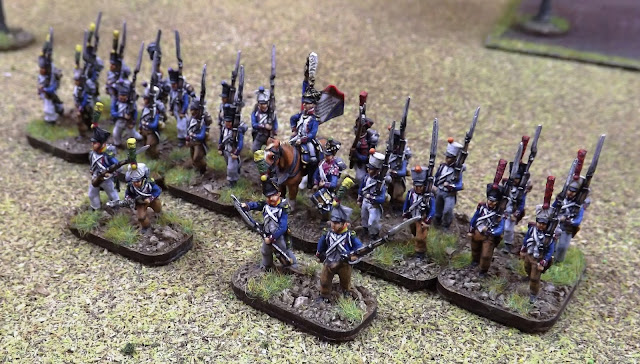 Established in 1773 from the combined 2e and 4e battalions Regiment Royal and raised in the region of and associated with Brie, the regiment would see several reformations during the revolutionary period as a demi-brigade; 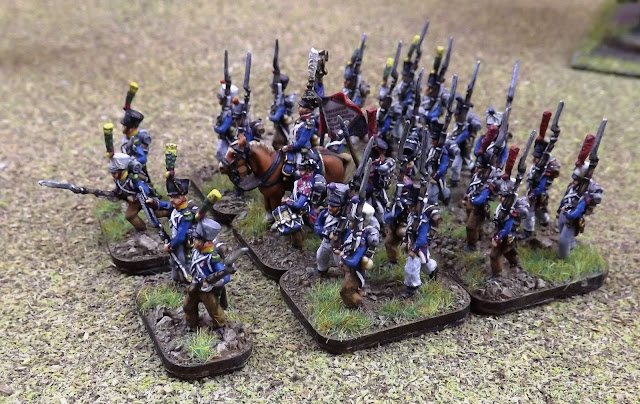 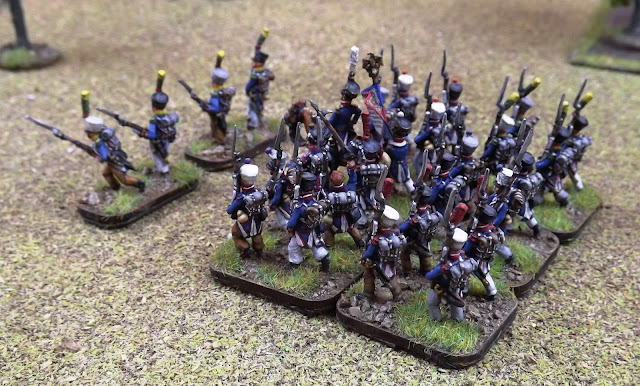 1796: 24e demi-brigade d'Infanterie de Ligne (formed from the following):
before emerging in 1803 as the 24e Regiment de Ligne under Colonel Jean Baptiste Pierre Semelle who was also General de Brigade.

With a greater focus paid by many wargamers and historians to the campaigns of Napoleon in north and eastern Europe it is easy to forget that many of the most experienced and senior regiments/battalions in the French army were serving in Spain, and it is little wonder that Napoleon was compelled to draw down on this experience as his remaining veterans were wasted away in the campaigns of 1809 and 1812. 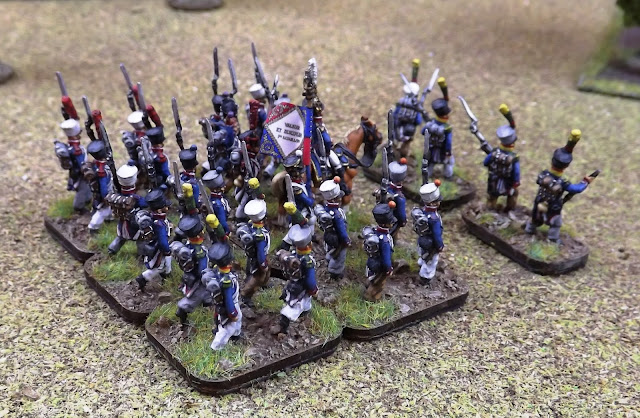 With the humiliation of the Emperor and French arms following Bailen in 1808, Napoleon was not messing around when he led nearly 300,000 French troops in the second invasion of Spain in the November of that year. These troops included the veterans of Austerlitz, Jena, Eylau and Friedland in the campaigns spanning the years 1805-07. Not surprisingly they cut swathes through the Spanish armies massed on the River Ebro, and when Napoleon departed in December to prepare for a coming war with Austria, most of these veterans remained to complete the subjugation of the peninsula. 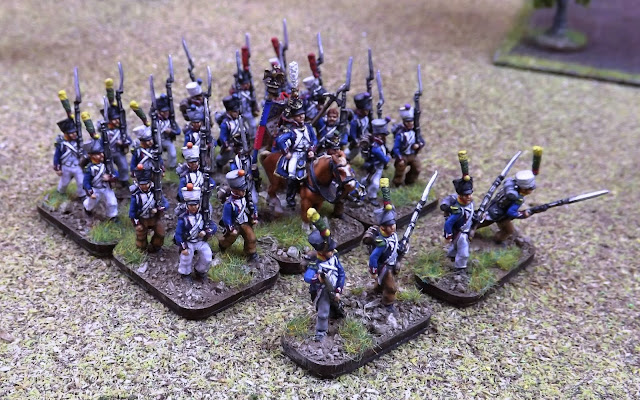 The 24e Ligne, in July 1809, represents those veteran regiments having been at Jena, Eylau and Friedland and it's 4th most junior battalion would be involved in the Danube campaign at Essling and Wagram whilst its three senior battalions were at Talavera. It can therefore be seen what a stern test the allied army would be facing when the 24e Ligne attacked en mass, as these soldiers certainly knew their jobs.

The illustration by  Dionisio Cueto of the Sergeant of the 24e shows a man who would have served during the glory years of the Empire with his two red long service chevrons displayed above the single gold chevron for his rank, indicating fifteen to twenty years service. He is in conversation with a Tiraillieur (Voltigeur in Legere battalions) of the famous 9e Legere the "Incomparables", an epithet gained  after their battle turning performance at Marengo. Both veteran regiments were in the same brigade and spearheaded the night and dawn attacks on the Cerro de Medellin. 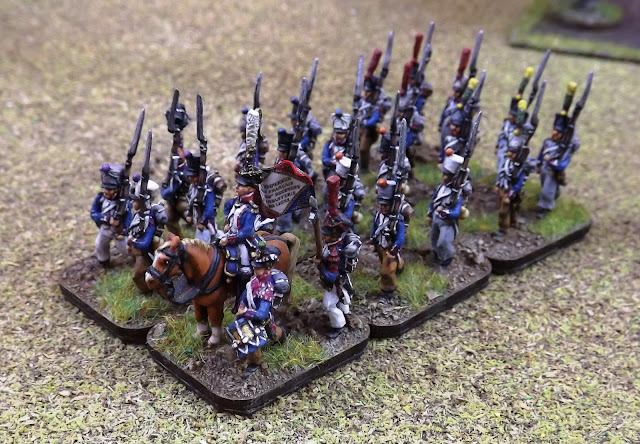 French infantry units of this period tended to display slight variation to the standard look, with drummers and musicians still dressed according to the whim of the colonel and little items that differentiated the regiment from its colleagues, typically the design of the shako plate. To identify these for inclusion in model units is all part of the fun and I will attempt to illustrate some of them as we go.

I have two references other than the Cueto work, the primary source being the Otto manuscript that shows all the regiments that were in Victor's divisions at Talavera in 1807, two years prior, in Hamburg and probably underpin the other two in this post. The ones that stand out are the red cuff slash on the tunic as illustrated in the Cueto and Rousselot pictures, this normally being blue, and the little red splay above the yellow pompom of the voltigeurs plume in my other illustration by Rousselot.

Next up, the second battalion of the 24e Ligne and a report on our annual trip to Chez Chas in North Devon for a Korean War, Chain of Command game set for next weekend, plus some D-Day commemoration activities.
Posted by carojon at 00:06