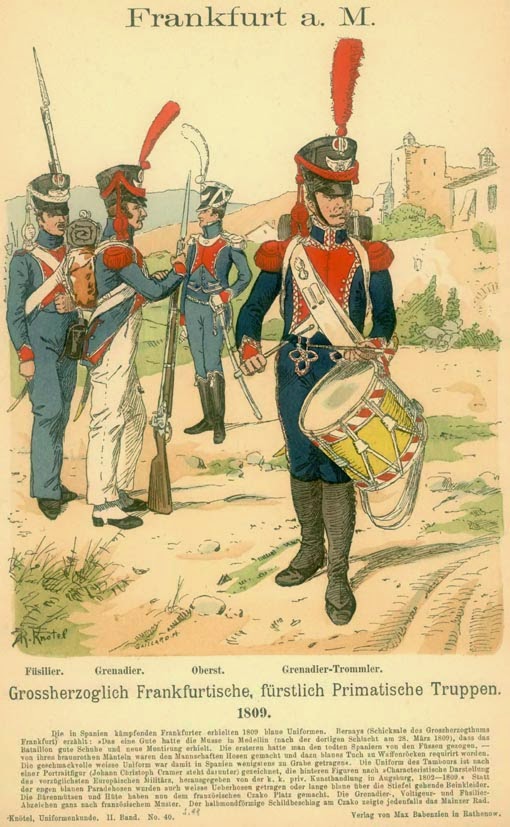 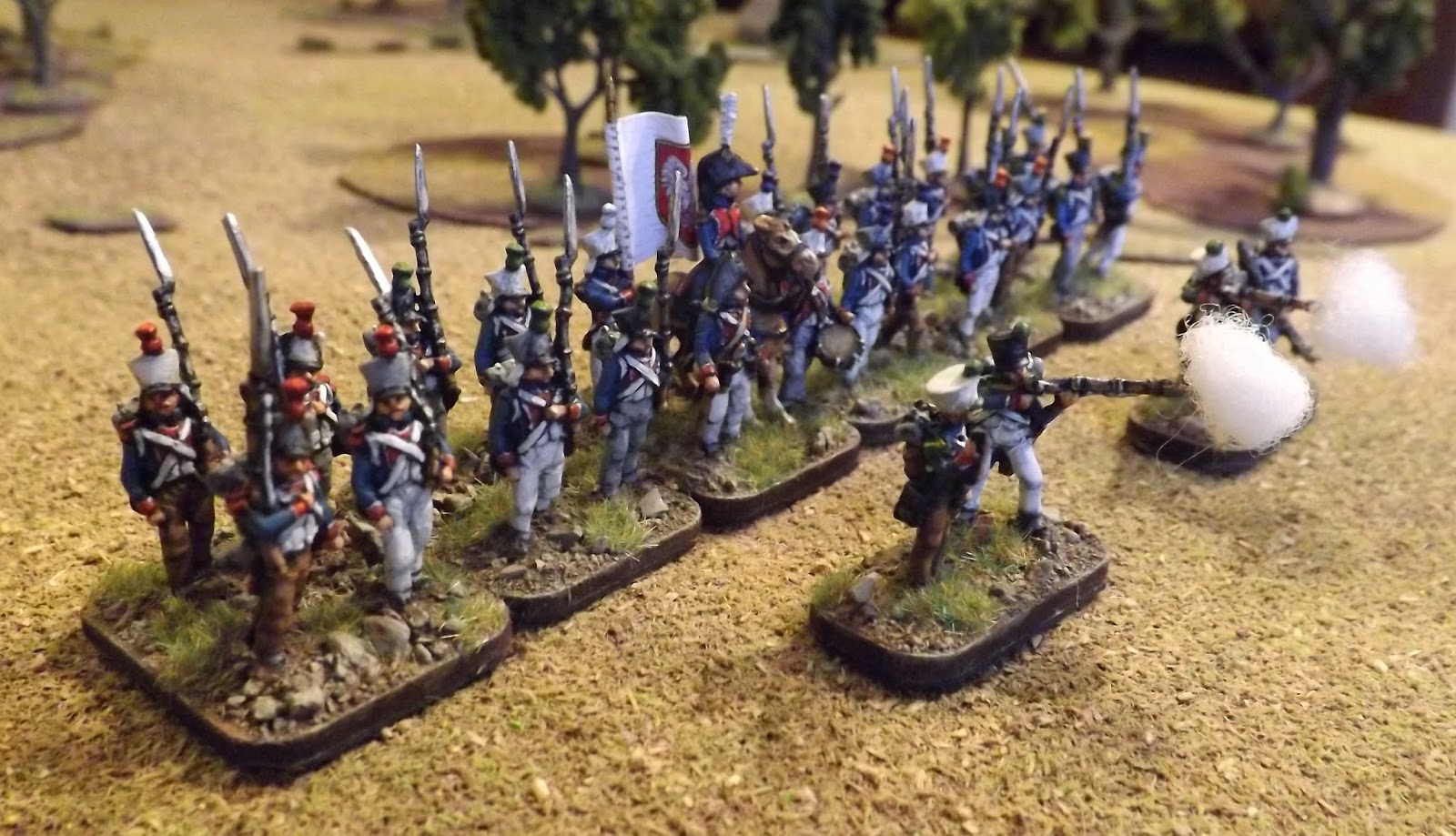 With the Treaty of Luneville in 1801 all territories of the Holy Roman Empire on the left bank of the River Rhine were ceded to France. This massive change to the map of Europe in time led to the creation of the Grand Duchy of Frankfurt. Frankfurt was called upon to raise and maintain a battalion of infantry initially 968 all ranks, this was later increased to 1,500 men.

On the 4th of August 1808 Frankfurt was ordered by the Emperor Napoleon to mobilise its battalion. The battalion, 980 men strong was organised along French lines with a grenadier and voltigeur company and four fusilier companies. 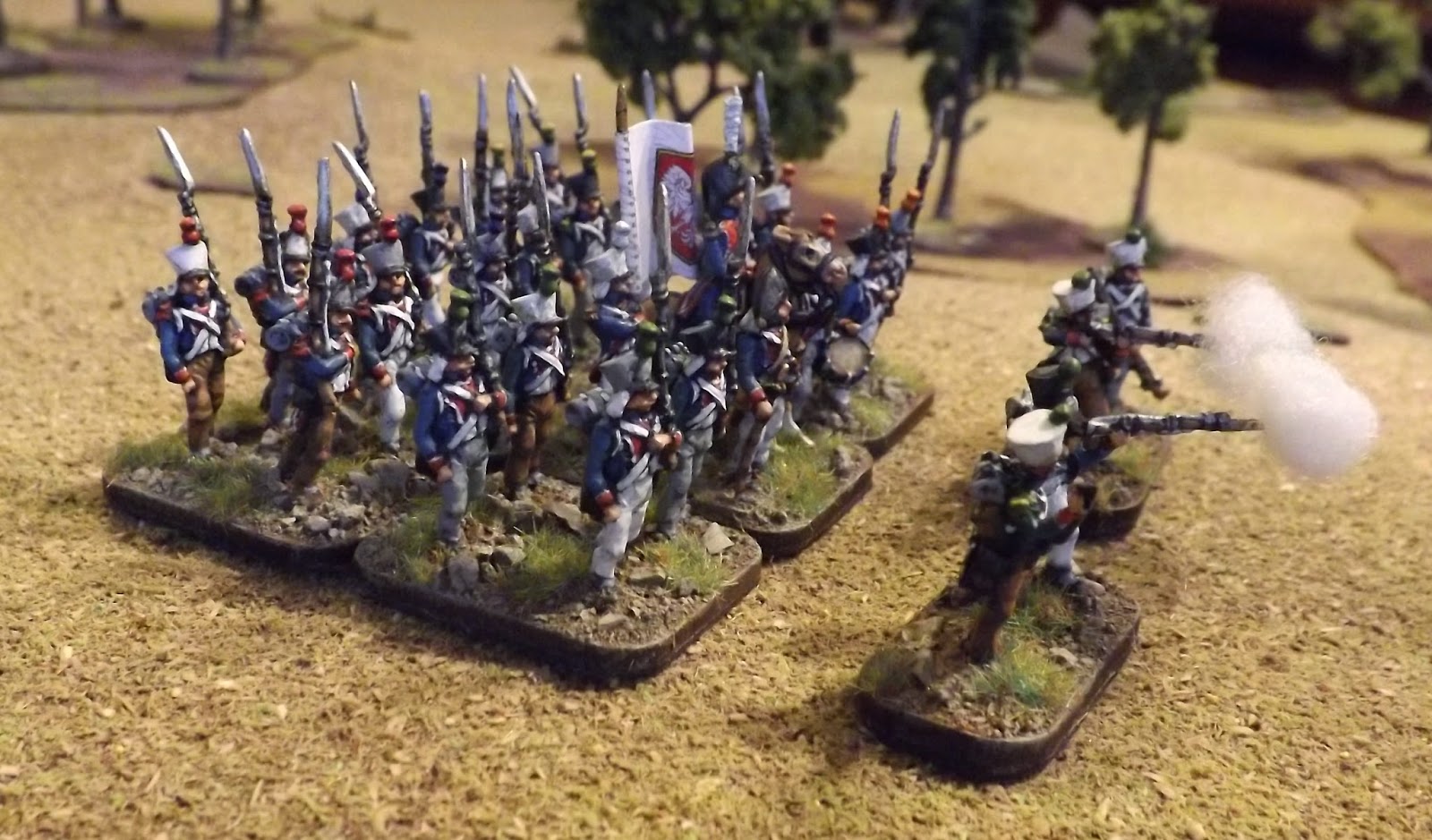 The battalion when raised in 1808 wore white tunics faced red with white buttons. In March 1809, after the Battle of Medellin, large stocks of dark blue and brown cloth were captured and the ragged white tunics and breaches were replaced with the dark blue uniform as illustrated. All badges of rank and company followed the French model. 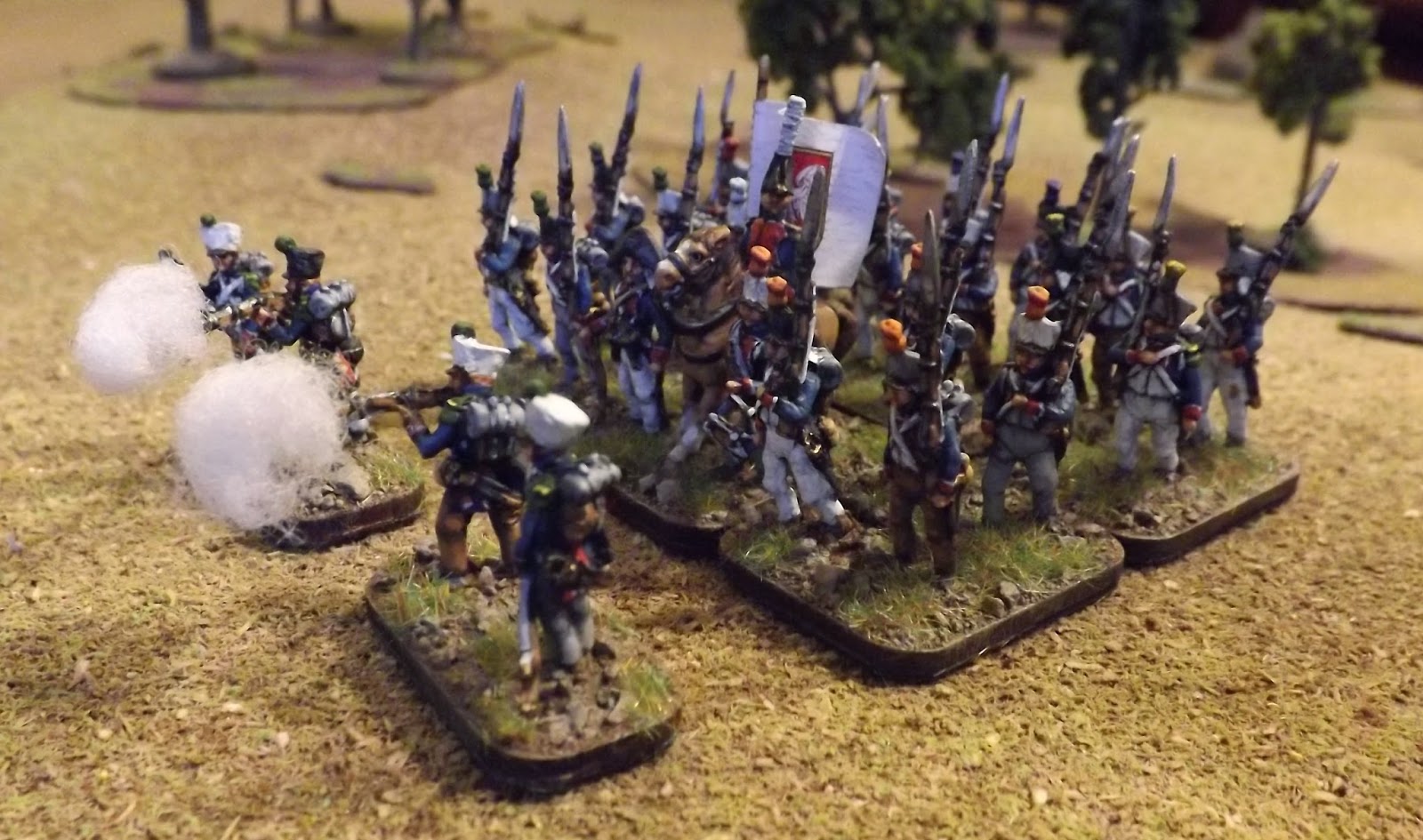 My battalion is composed of figures from the "Warmodelling" range, with von Welsch mounted on an "AB" steed. The Colour carried is speculative, and thank you to Stuart at Maverick Models for supplying me with two options. I decided on the plain white with the eagle as a suitable banner for my my battalion to tread the field of Talavera with. 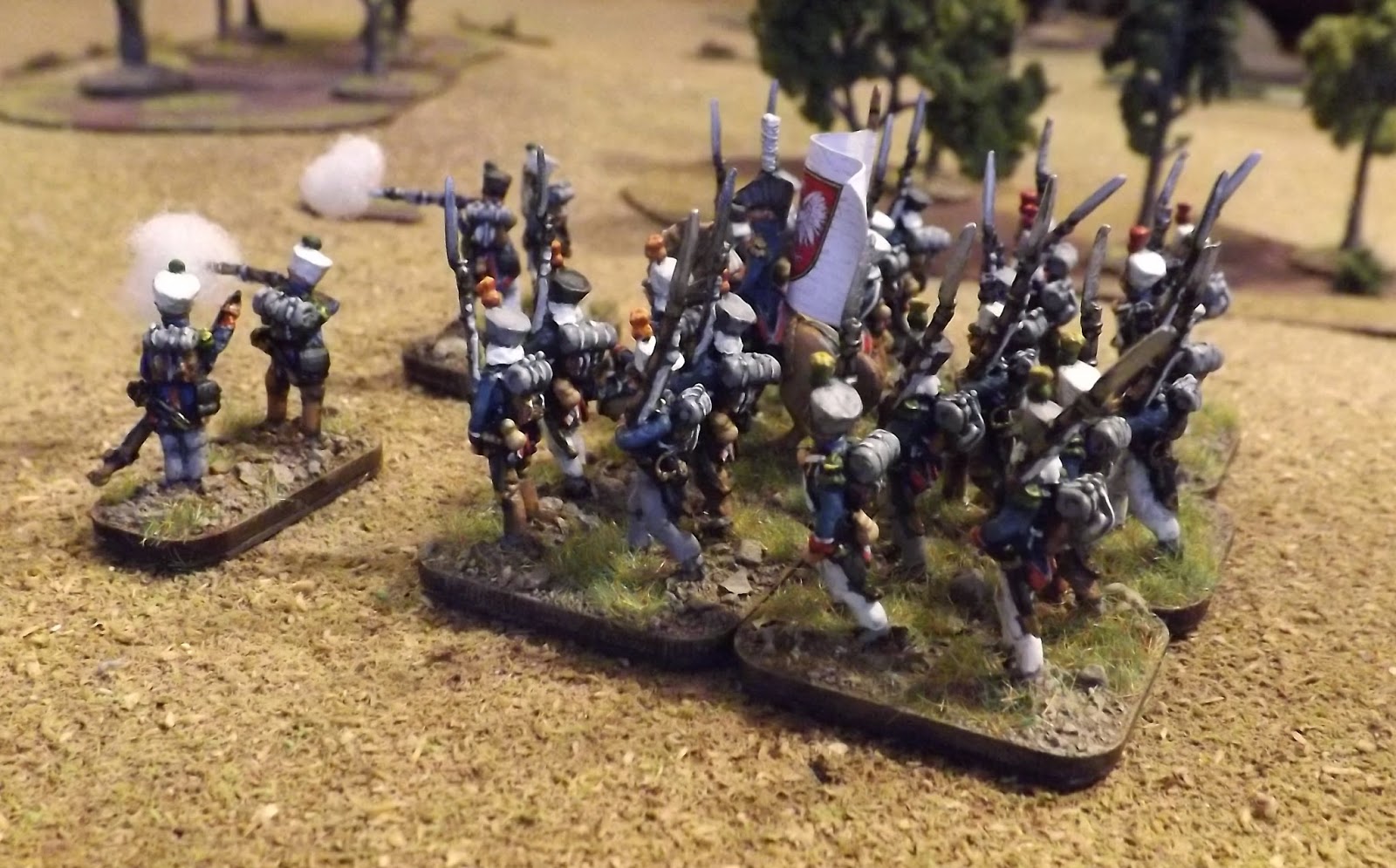 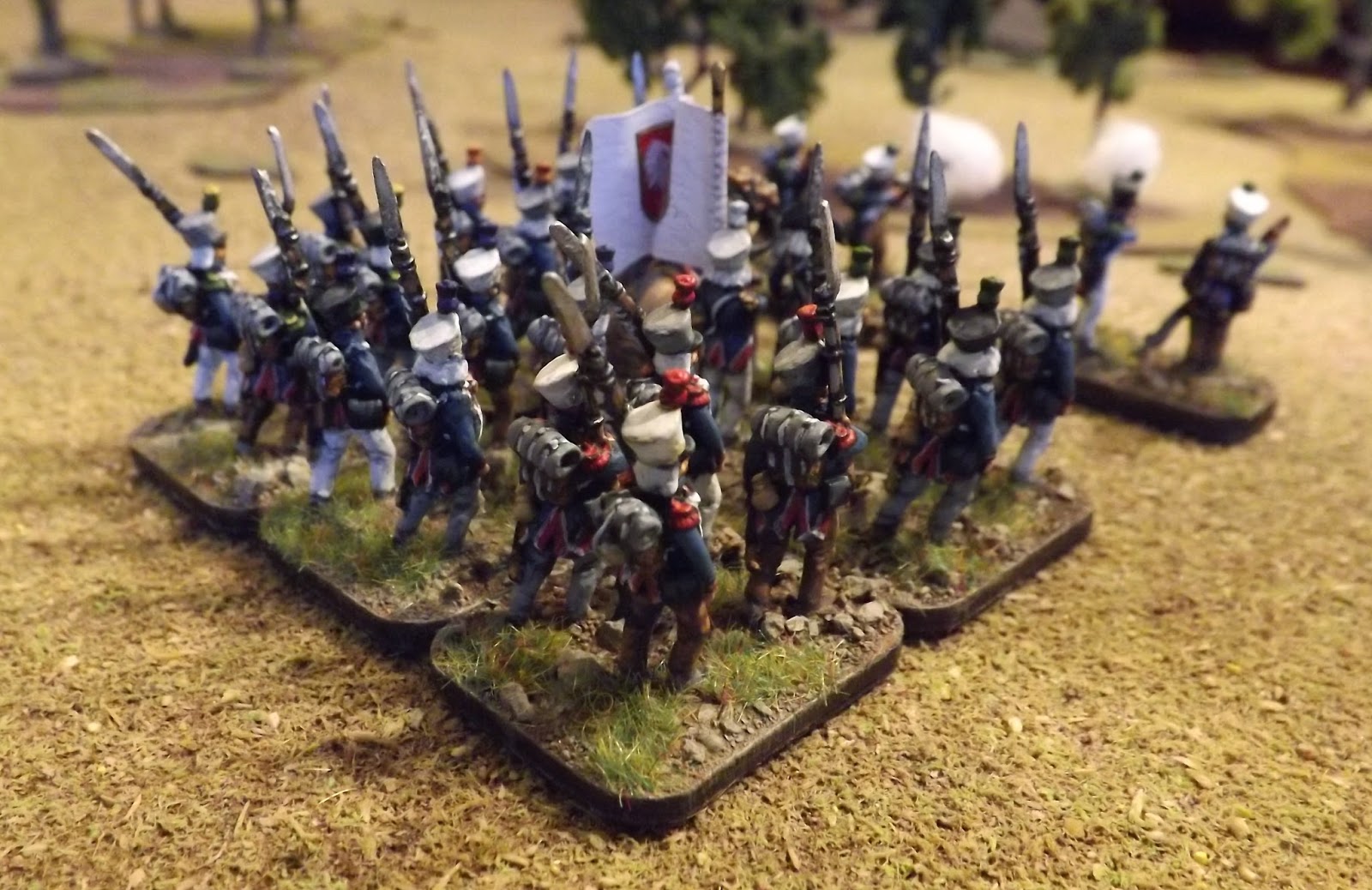 Next up, the Dutch contingent.
Posted by carojon at 01:00