I had a very nice day today making the two and a half hour drive up to Devizes in Wiltshire to attend Attack 2014. I also had the company of my old friend and fellow longstanding DWG member Vince which made the journey up and back very pleasant.

I haven't been to Attack for several years now and the last time was when it was held in the Corn Exchange so those that know the show will have an idea how long ago that was. I always remember it as a friendly local show with good games and well attended by traders and I was certainly pleased to be back for this year.

The weather in the UK for the last few days has been very hot and sultry with heavy storms of thunder and lightening and today was a real corker as the sky grew ever greyer and lowering as we parked the car. Once we were in the building and wondering round the heavens let rip with a massive downpour with the sky lit up with bolts and thunder like a rolling barrage. The lights were soon flickering on and off and then the fire alarm kicked in. The British spirit rose to the challenge and the show carried on through the rain stopping and the fire alarm being switched off. 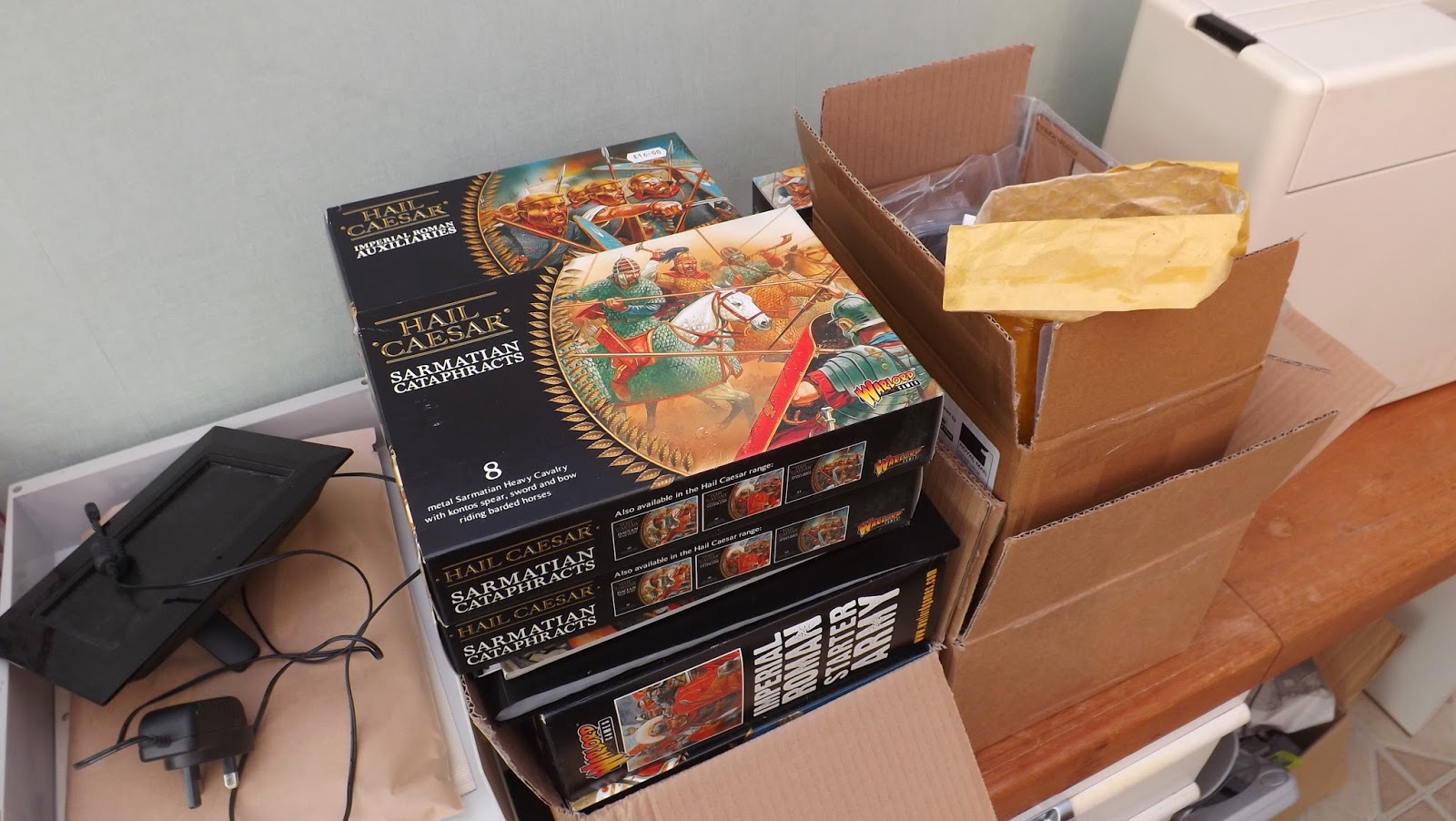 One of my goals for today was to add to my ever growing Romano/Dacian collection and I was able to pick up a couple of Cataphract boxes, an Auxiliary Infantry unit and a Dacian Scorpio.

In addition I was keen to look at anything associated with my new collection and came across this very nice display game depicting Romans and Germans battling in the snow using a new rule set "Romavictrix", which I bought a pre-publication copy of to try out as another of my possible rule sets 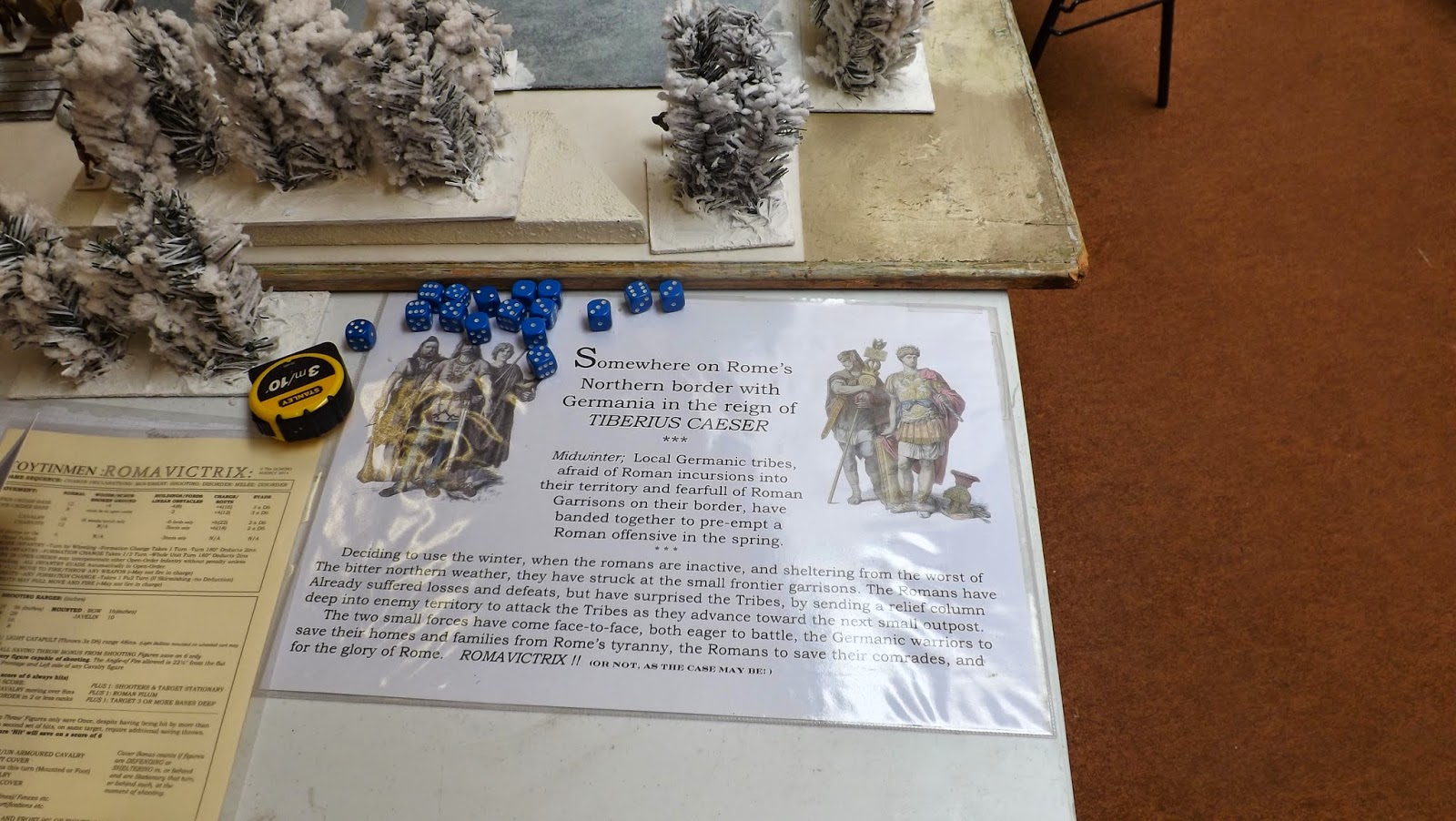 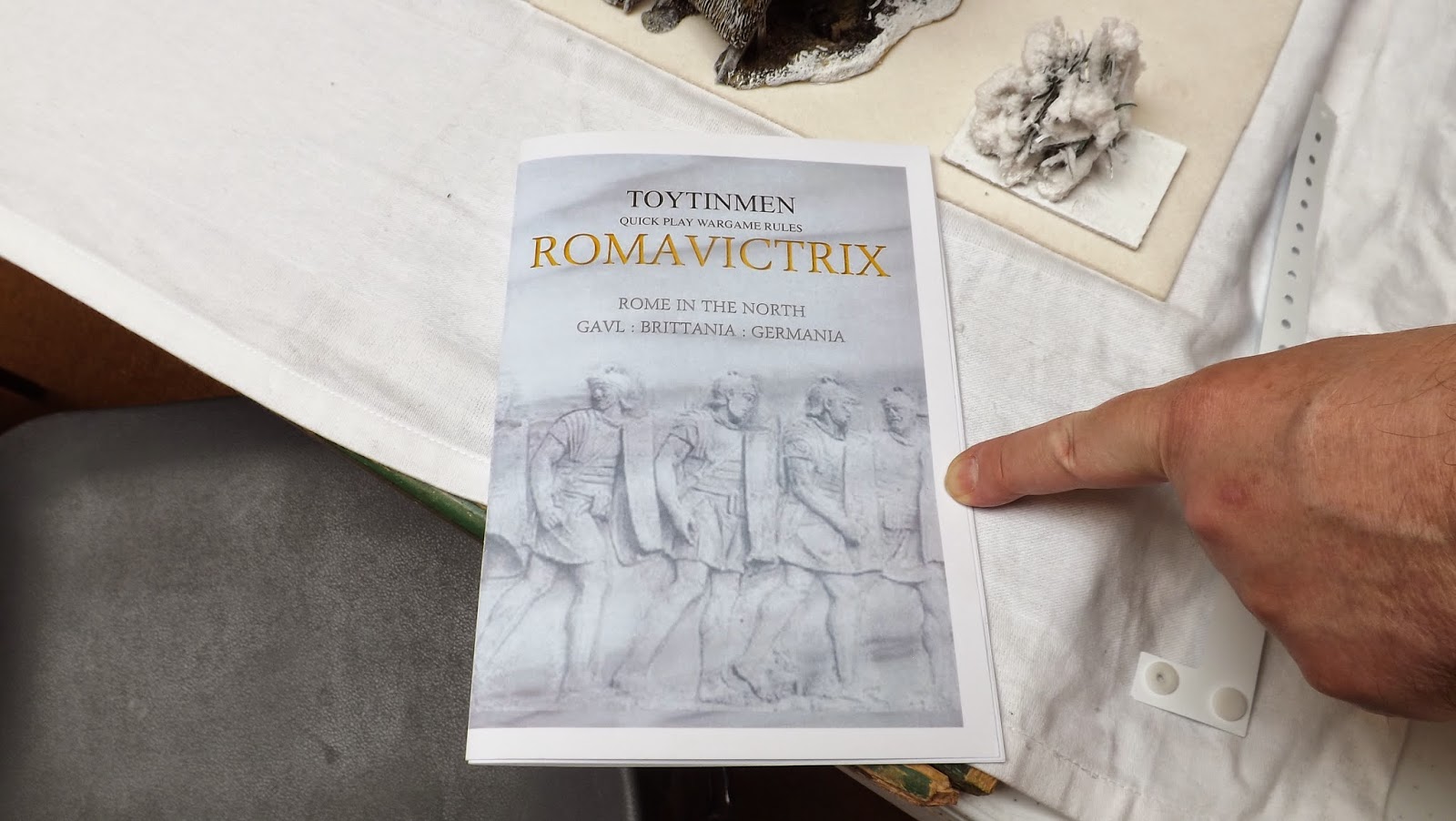 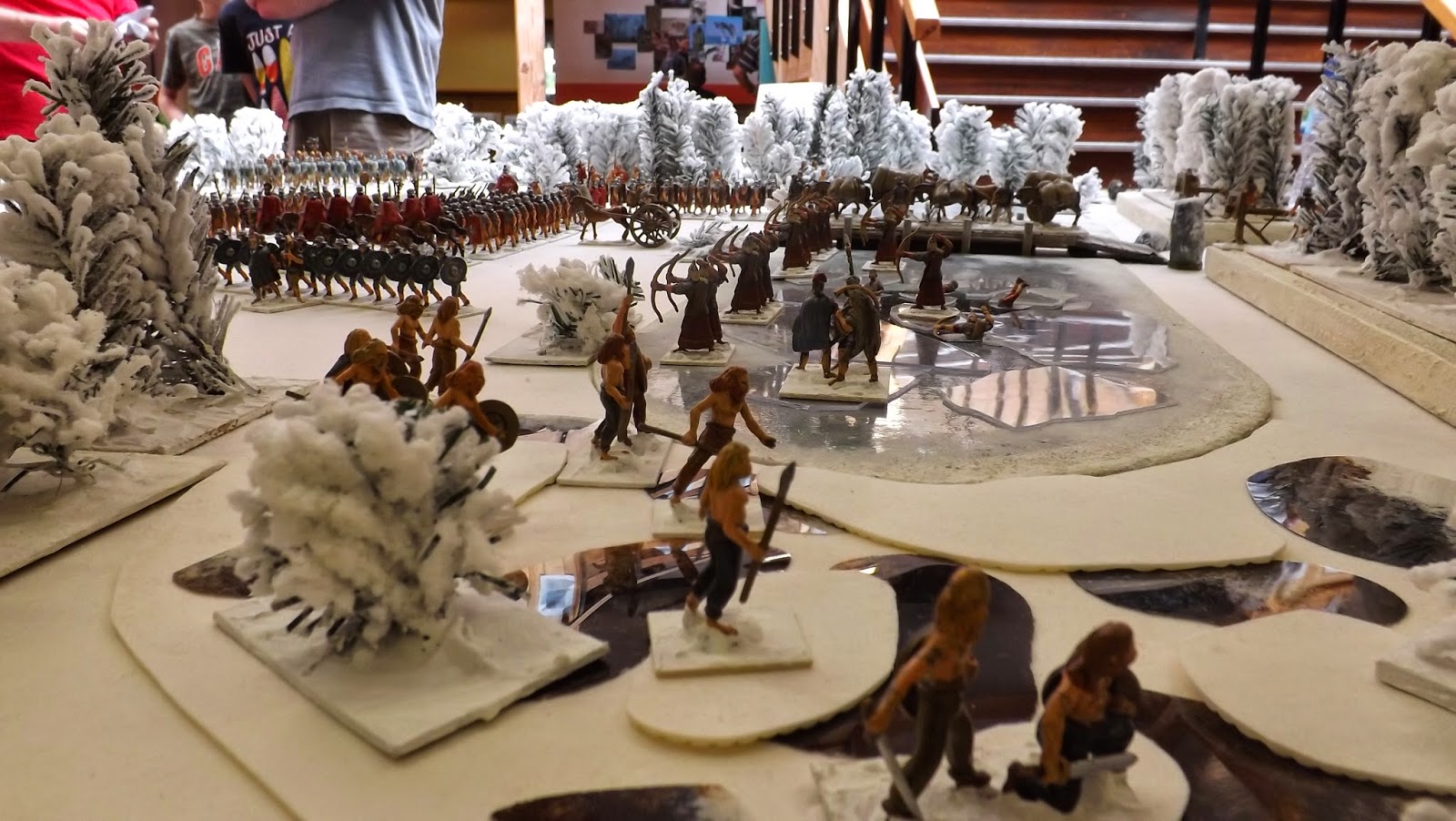 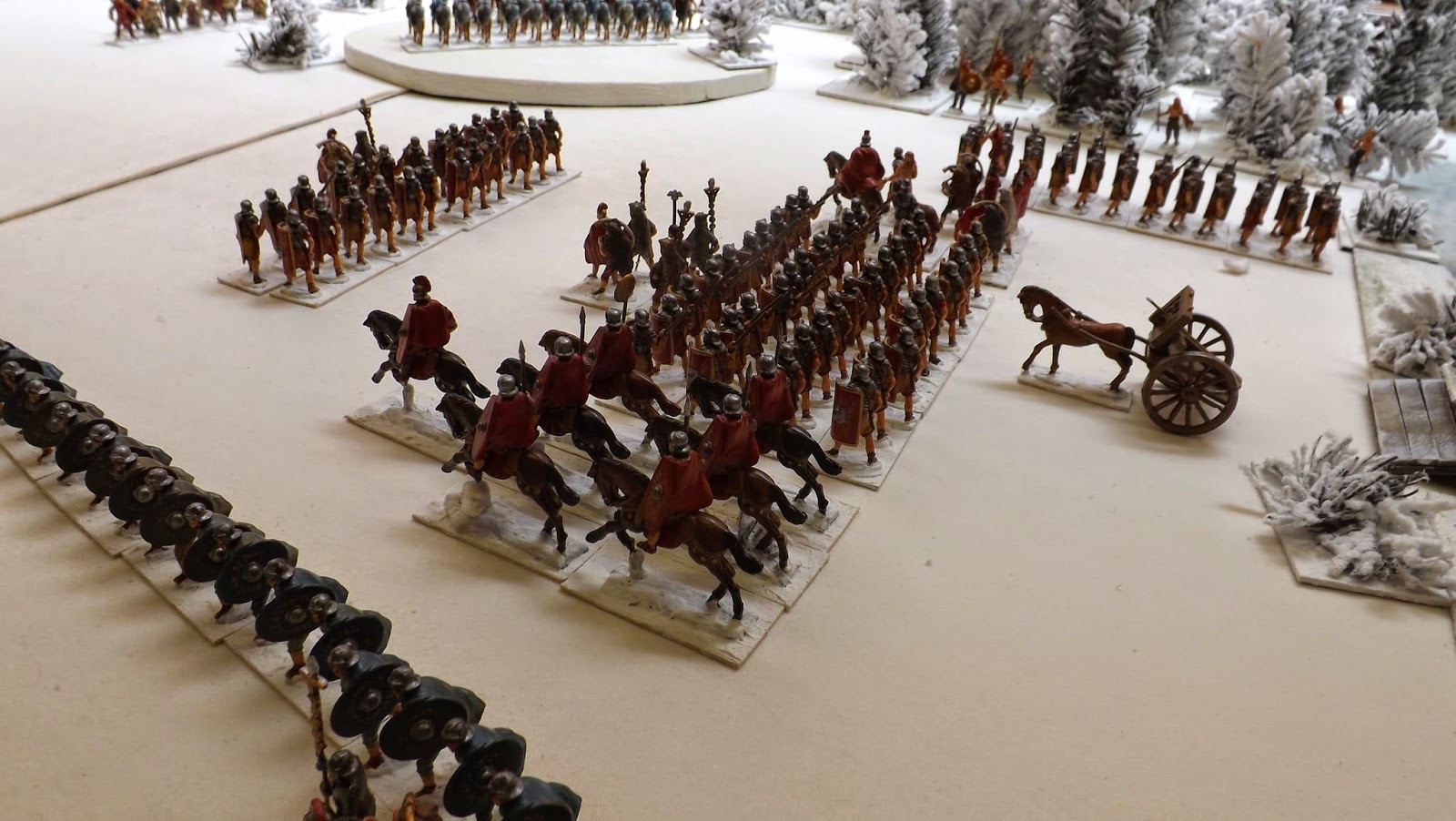 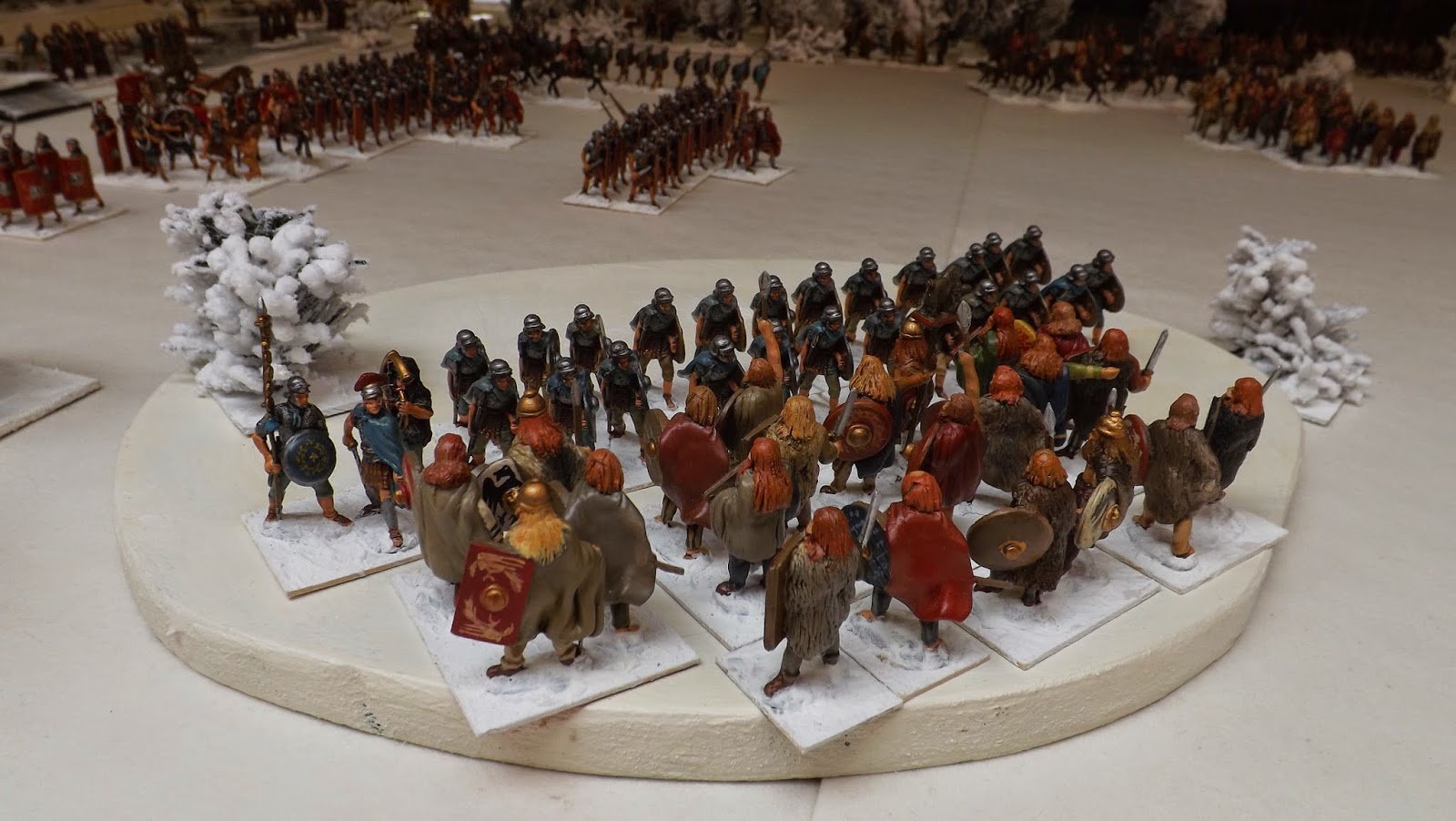 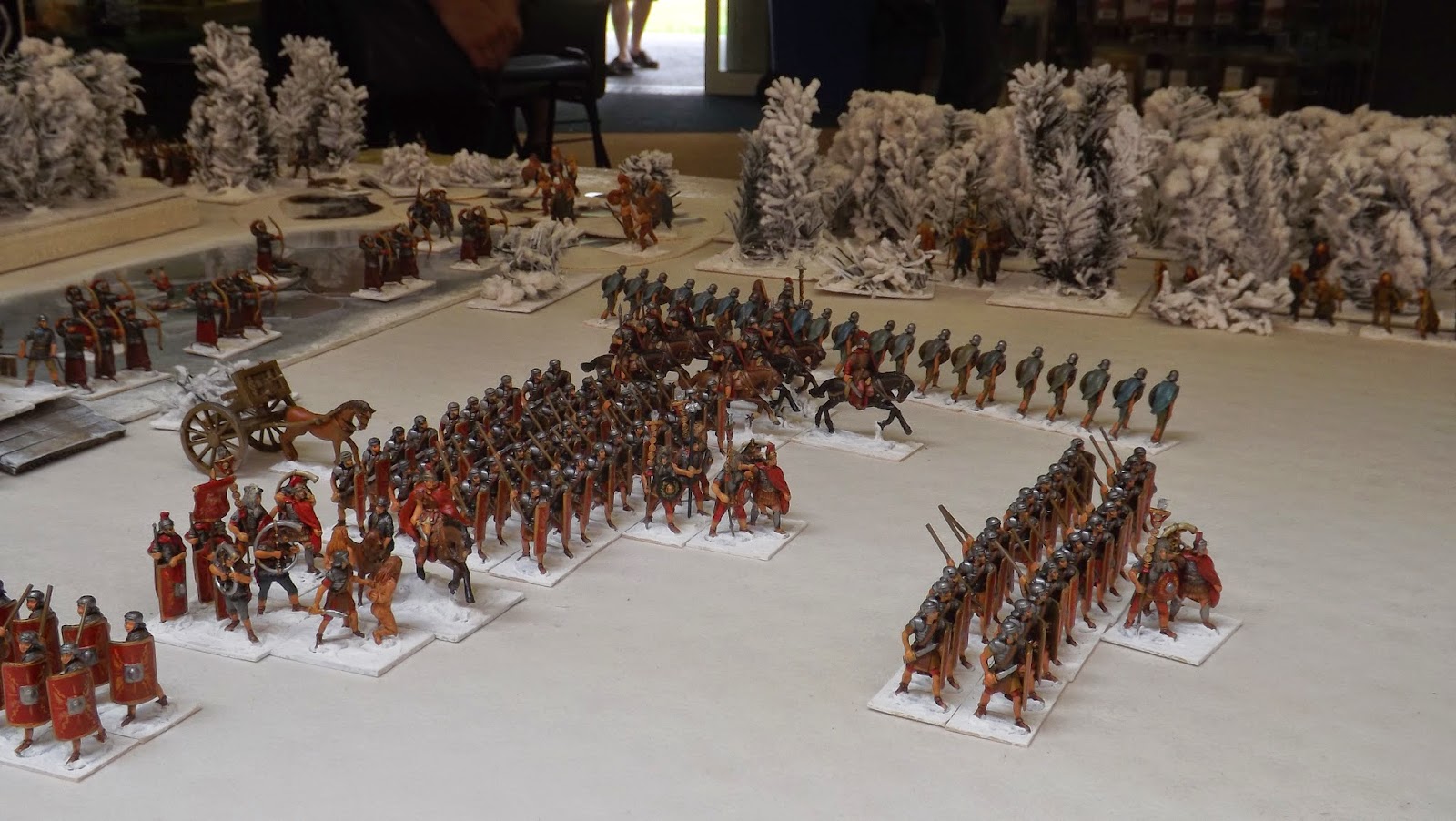 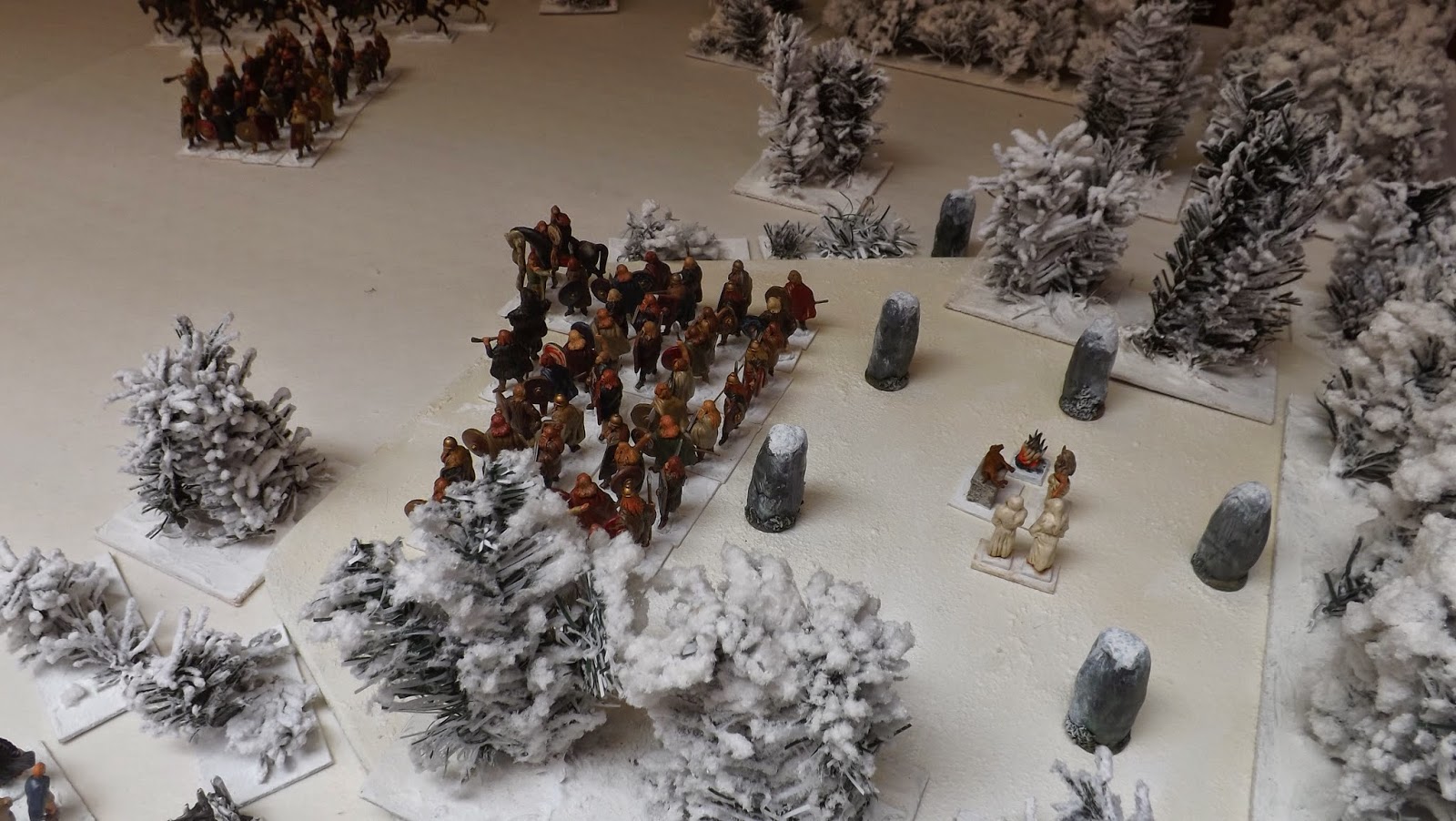 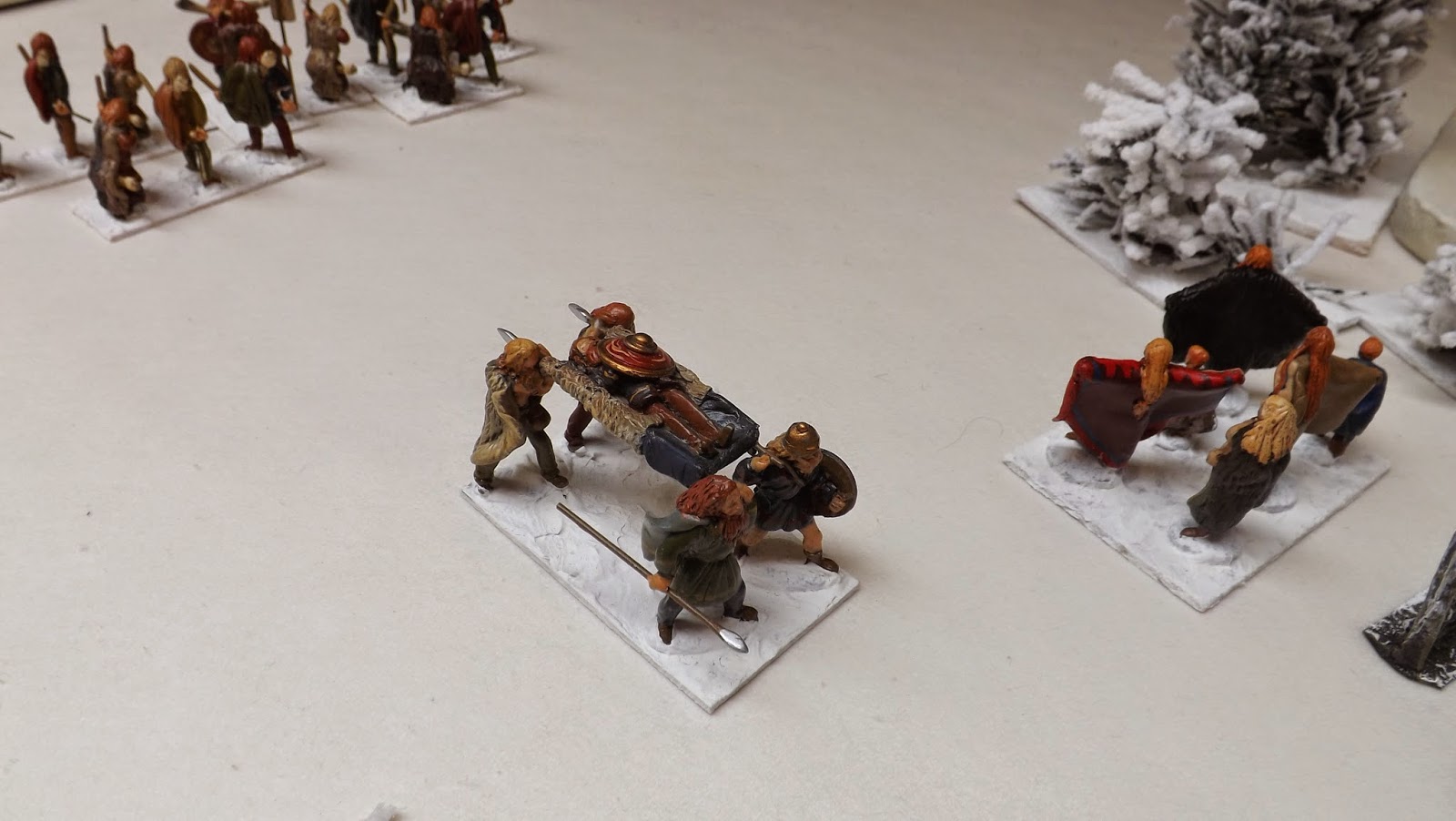 After spending some time getting an overview of Romavictrix it was off round the show to meet up with friends and spend some time chatting to Greg at the Agema stand who is the proud owner of a great new business producing an exquisite range of 28mm Republican Romans soon to be joined by a corresponding Punic range.

I have watched the roll out of these figures and read a few reviews, but there is nothing like seeing the range for yourself and talking to the guy that produces them. The Punic Wars has always held a fascination for me and this new range of plastics and metals really have me working on future plans for a new collection. Greg showed me some of the metal personality figures designed to mix in with the plastic options together with some of the new allied trirari, sculpted, suitably leaning on their spears and shields looking rather bored, brilliant!

I think you'll agree this new range looks very nice and like Arnold said "I will be back".

One final meeting of the day was with the guys running a lovely Wings of War game with a fantastic collection of WWI aircraft done out in squadron colours with a Zepplin and bombers on display. I haven't played Wings of War but I think I might have to give it a go after seeing the display put on by the Wings of Glory Aerodrome guys. Check out the forum for more information.
Wings of War Forum

Next up the 2nd Dutch Infantry Regiment, the next unit in the German Division.
Posted by carojon at 14:49