I am writing this post in the beautiful little town of Thomery on the Seine, close to Fontainebleau, south east of Paris and we are four days into our holiday. In the next two weeks we are planning to enjoy the sights, the great cuisine and when I am allowed grab some time to look at things only wargamers would find interesting, and I thought I would share some of things I've been doing.

We left "Dear Old Blighty" on Saturday morning after staying in Hythe on the Friday night. That gave us a bit of time to wander around this very historic part of the south coast and I am planning some more wanderings when we get back. For the Napoleonic enthusiast the two key features that caught the eye was the Royal Military Canal, part of the defences to the coast here against a threatened invasion by Napoleon and his Grande Armee.
History of the Royal Military Canal 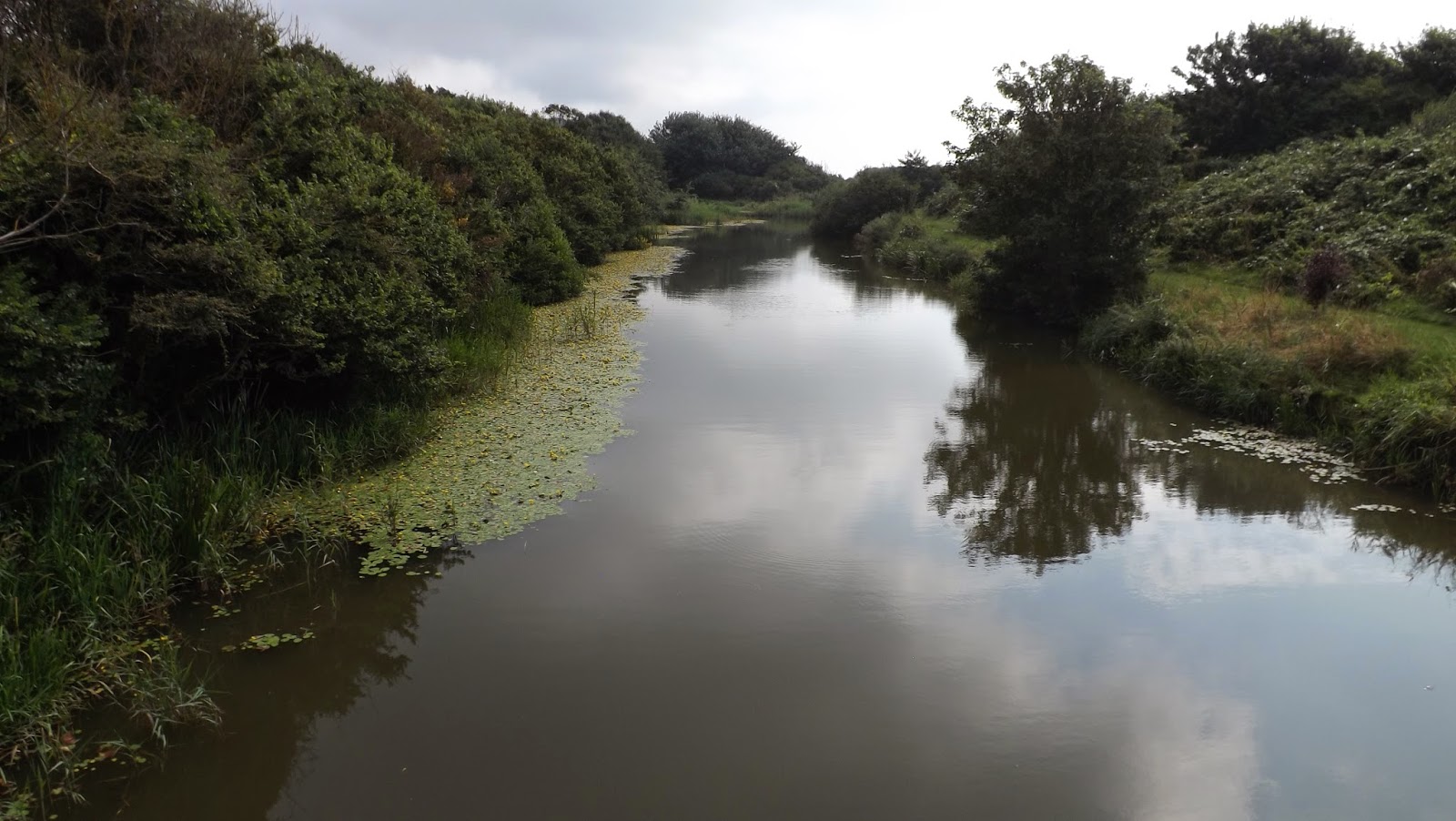 Work was started on this defence work in 1804 and completed in 1809 together with Martello Towers along the sea front. With the expanse of Romney Marsh behind it, the feature posed a real obstacle to any landing from the sea. With Napoleon's march away from the Bologne Camp to his rendezvous with destiny at Austerlitz and Lord Nelson's victory at Trafalgar the whole work became rather obsolete, until 1940 when it was incorporated into another defence against the next threat of invasion 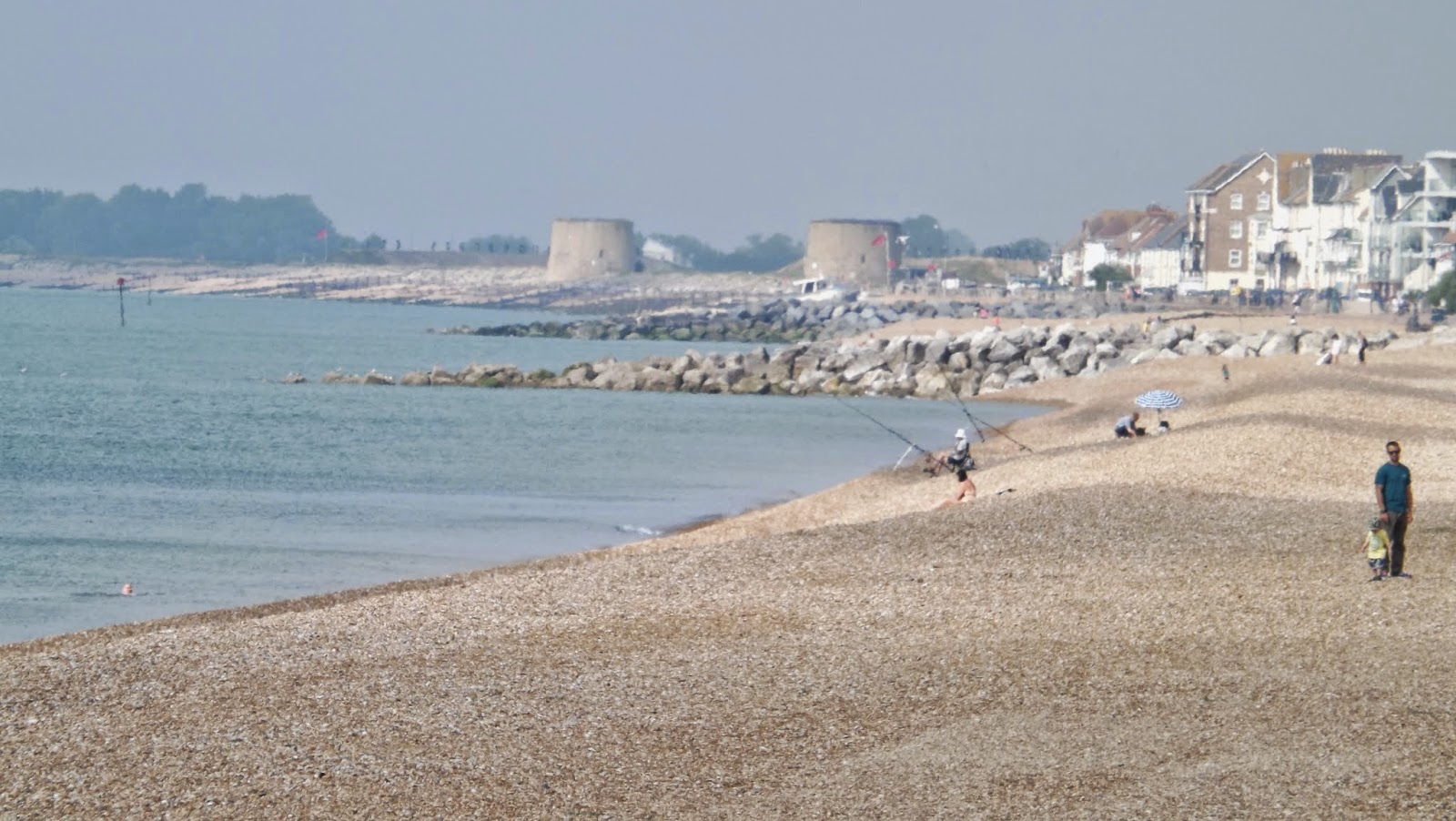 I mentioned two key features with the second being the famous school of British Light Infantry, Shorncliffe Camp, where Sir John Moore created the Light Brigade and developed the tactics that created one of the finest divisions in the British Army of the Peninsular War. Unfortunately time did not permit a visit so I am hoping to get a look on my return.
Shorncliffe Camp

When we left on the Channel Tunnel it was to the sound of a Spitfire doing barrel roles over the Channel as part of local celebrations for the Battle of Britain. The sound of the Merlin engine is like no other and it was a beautiful send off.

After a four hour drive from Calais we arrived at our new home for the next two weeks here in Thomery and we plan to visit historic sites nearby in that time together with a wedding anniversary trip to Paris.

I have put a link below about Thomery and the vine walls described. Interestingly the very old house where we are staying has these walls in the back garden.

Thomery is minutes away from the palace at Fontainebleau and is right on the edge of the campaign area for Napoleon's 1814 defence of Paris. With the 200th anniversary of these events I couldn't miss the opportunity of visiting some of the key places in the campaign and will post pictures as I get the chance.

In the last two days I have visited the neighbouring town of Moret sur Loing where Napoleon stayed on his triumphal return from Elba in March 1815.


Stood in the town square looking at this building, I couldn't help thinking of the classic movie "Waterloo" with Rod Steiger as Napoleon greeting the crowds from his lodgings on his return to Paris. 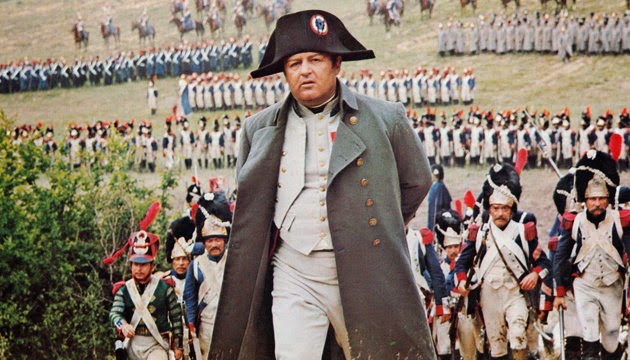 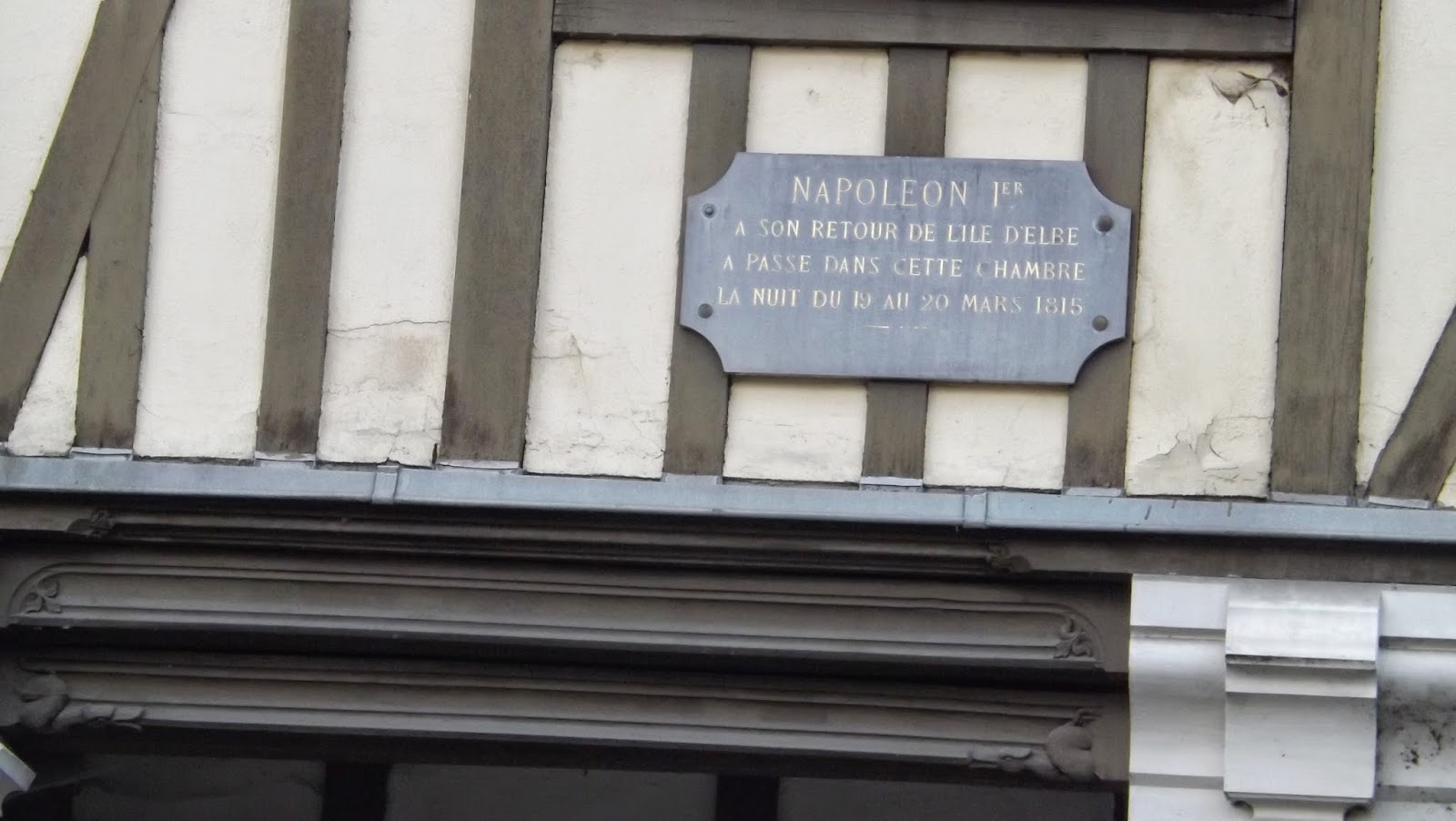 Next place of interest was Nogent sur Seine which became the centre of attention in February 1814 when, after Napoleon had garrisoned the town, coalition troops attacked it against heroic resistance from soldiers and civilians until the town finally fell. The French pulled out blowing the St Nicholas bridge behind them and the town was sacked by the allies. The Emperor had his HQ in Nogent on two occasions. 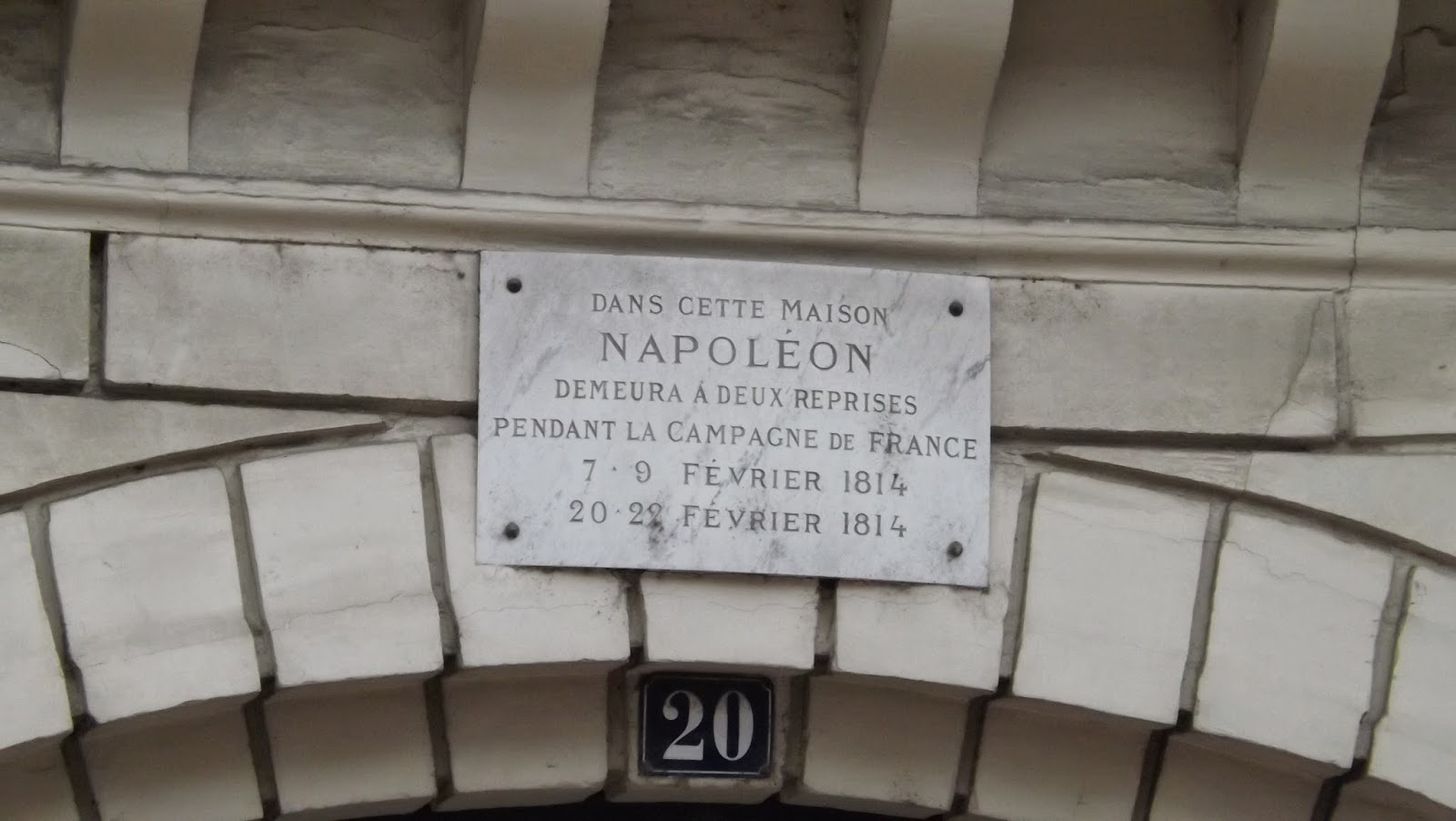 After leaving Nogent we followed the course of the Seine back towards Thomery, coming to one of the most evocative landmarks of the 1814 campaign and suitably enshrined with a mounted statue of Emperor Napoleon, namely the bridge at Montreau-Fault-Yonne, where the Rivers Yonne and Seine meet with two bridges spanning them which became the scene of one of Napoleon's greatest victories of the 1814 campaign. 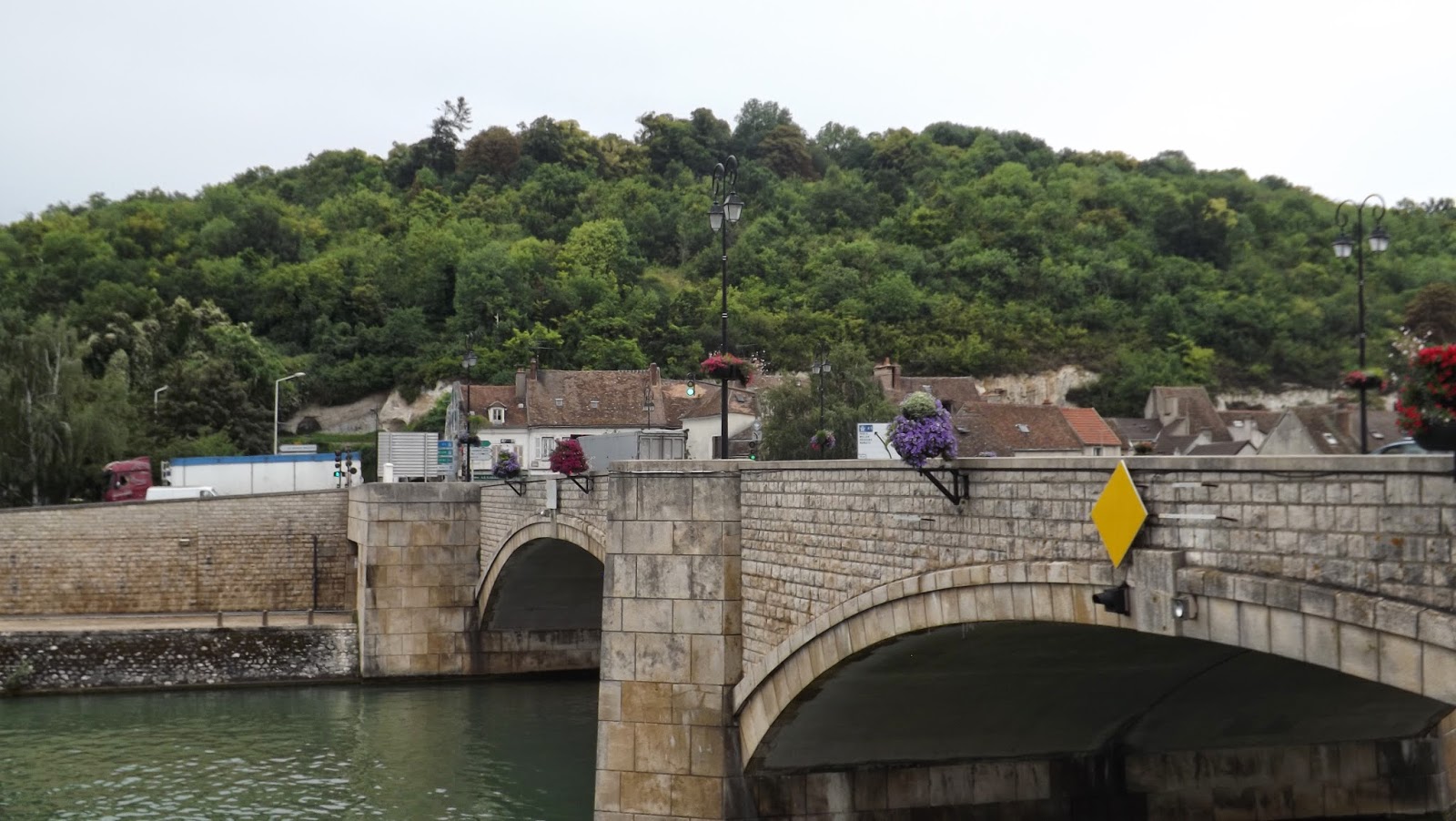 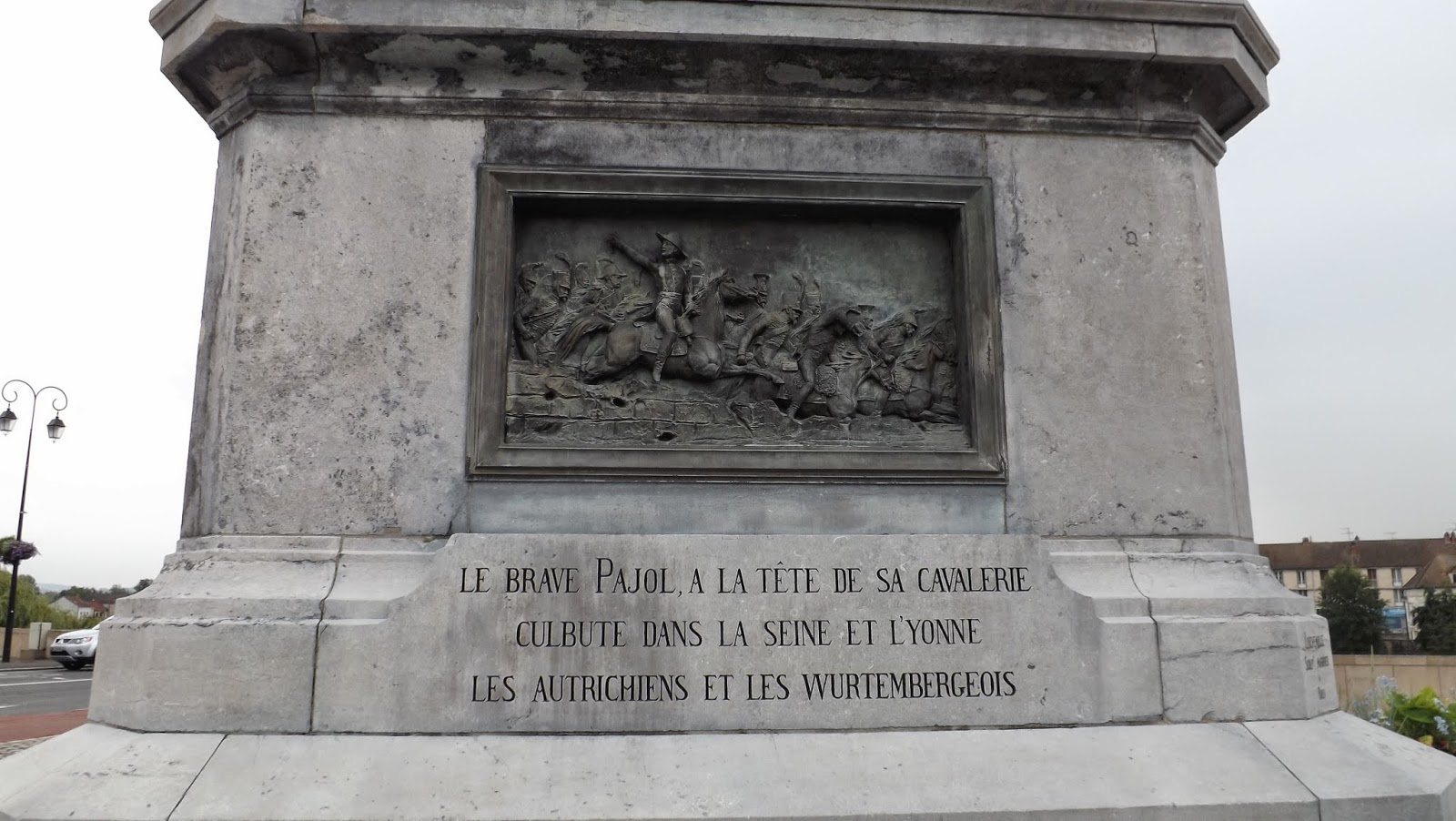 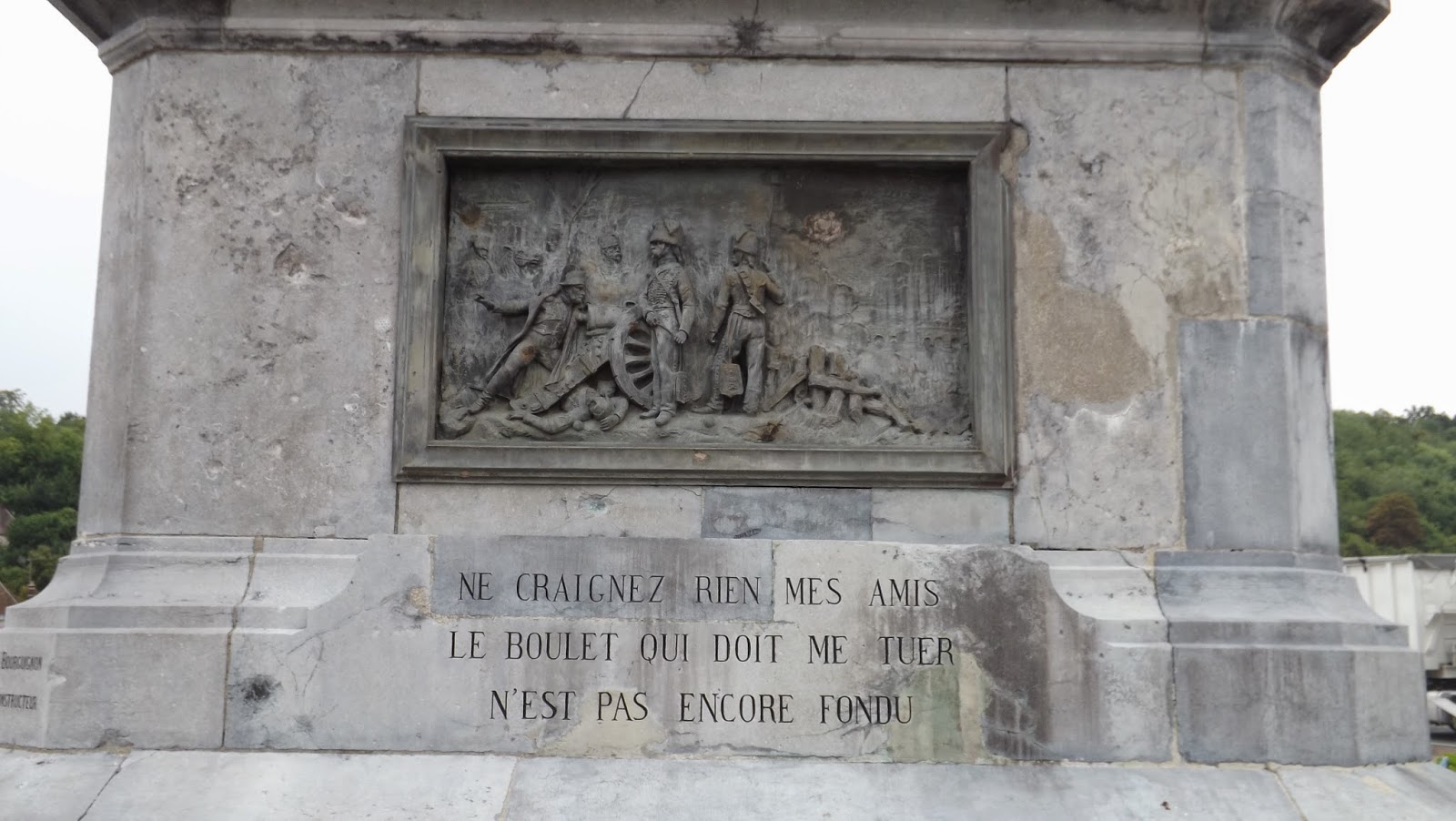 Personally leading his guns forward to direct their fire upon the retreating columns of the enemy, Napoleon
himself came under counter fire, prompting the gunners to remonstrate for exposing himself too far forward. "Fear not", Napoleon calmly replied, "the ball that is to kill me has not yet been cast". 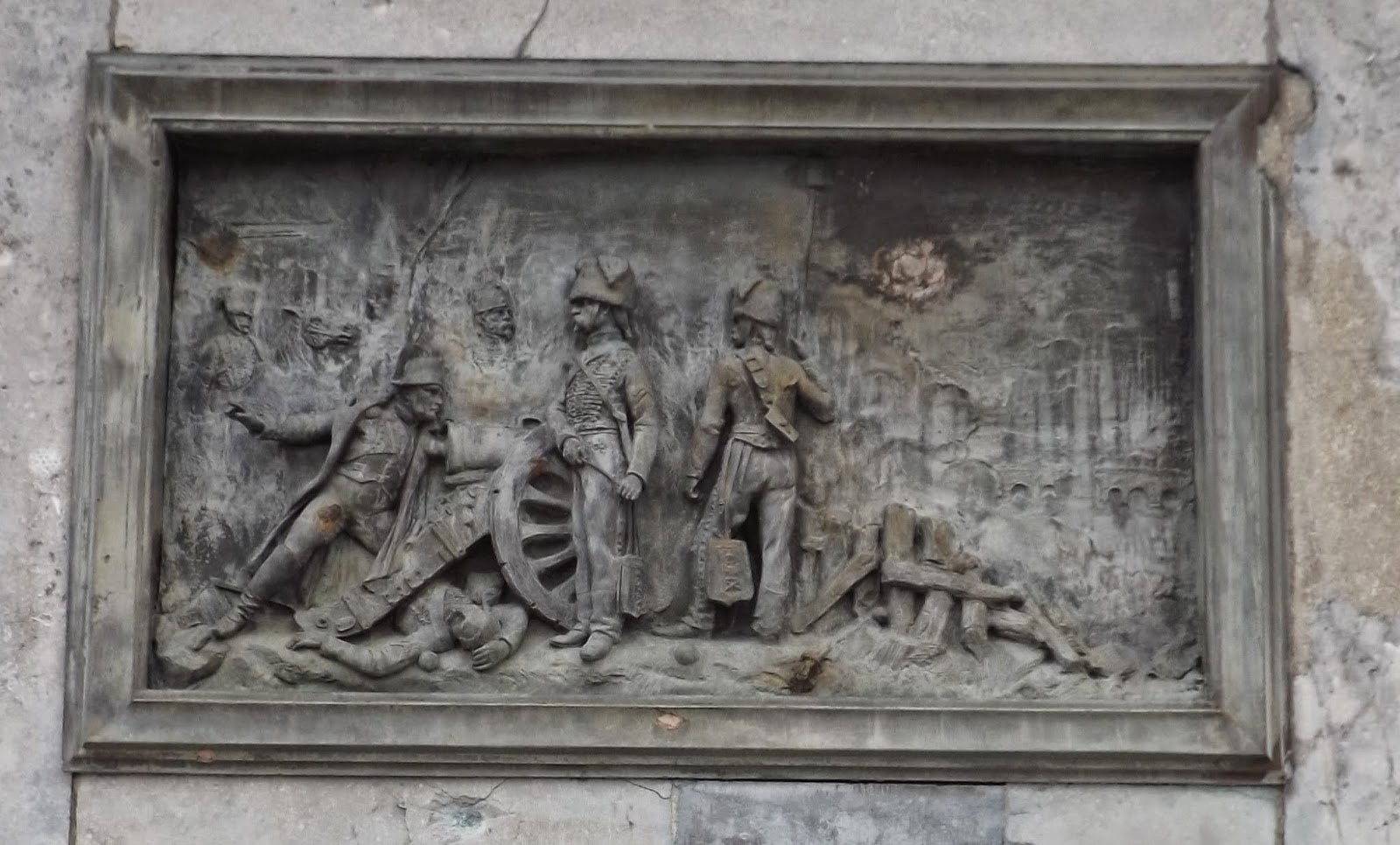 As well as getting out and about I have had a chance to start things rolling with the new Ancients project and, bringing my "Warlords Games Roman Starter Army box" with me, have started to put the units together. I am really enjoying the creative process of putting these figures together and am planning a little project around this new venture, but it will have to be a secret for now!!


I hope you have enjoyed my holiday post from France and I will post a further update later, continuing the theme. Until then au revoir mes amis.