I have been away this week on a business conference in Oxford, but managed to get in a visit to the Ashmolean Museum during some free time.

The Ashmolean, the first British public museum founded in 1683, houses an interesting collection of artifacts and art. I was naturally attracted to specific military items covering the Roman period and with a limited amount of time to spend focused my visit in those galleries.

These are some of the pictures I took during my visit and I have added a few links that will tell you more about some of the pieces.


The classic symbol of wealth and status for the Celts, particularly in Ancient Briton was the torc and the Ashmolean has examples from Spain England and Germany.


The Roman lead bullets were interesting, with some inscribed from Perugia, central Italy, where Octavian successfully besieged Mark Anthony in 40 BC. One inscription referred to Atidius Primipilus (First Centurion) of the the VIth Legion.

The picture above shows the discharge certificate for Gemellus, a cavalry officer serving in Britain under Fabius Sabinus. Gamellus qualified for Roman citizenship after 25 years of service and his discharge was dated 17th July AD122. The original is in the British museum.

When this statue of Augustus was discovered in 1863, the extensive remains of the statue's colouring were still visible. The picture below shows the reconstruction with those original pigments applied. The skin and the armour were left uncoloured as in the original. These findings are giving us a whole new appreciation of what Roman statues and buildings may have looked like rather than the plain white marble we are familiar with today. 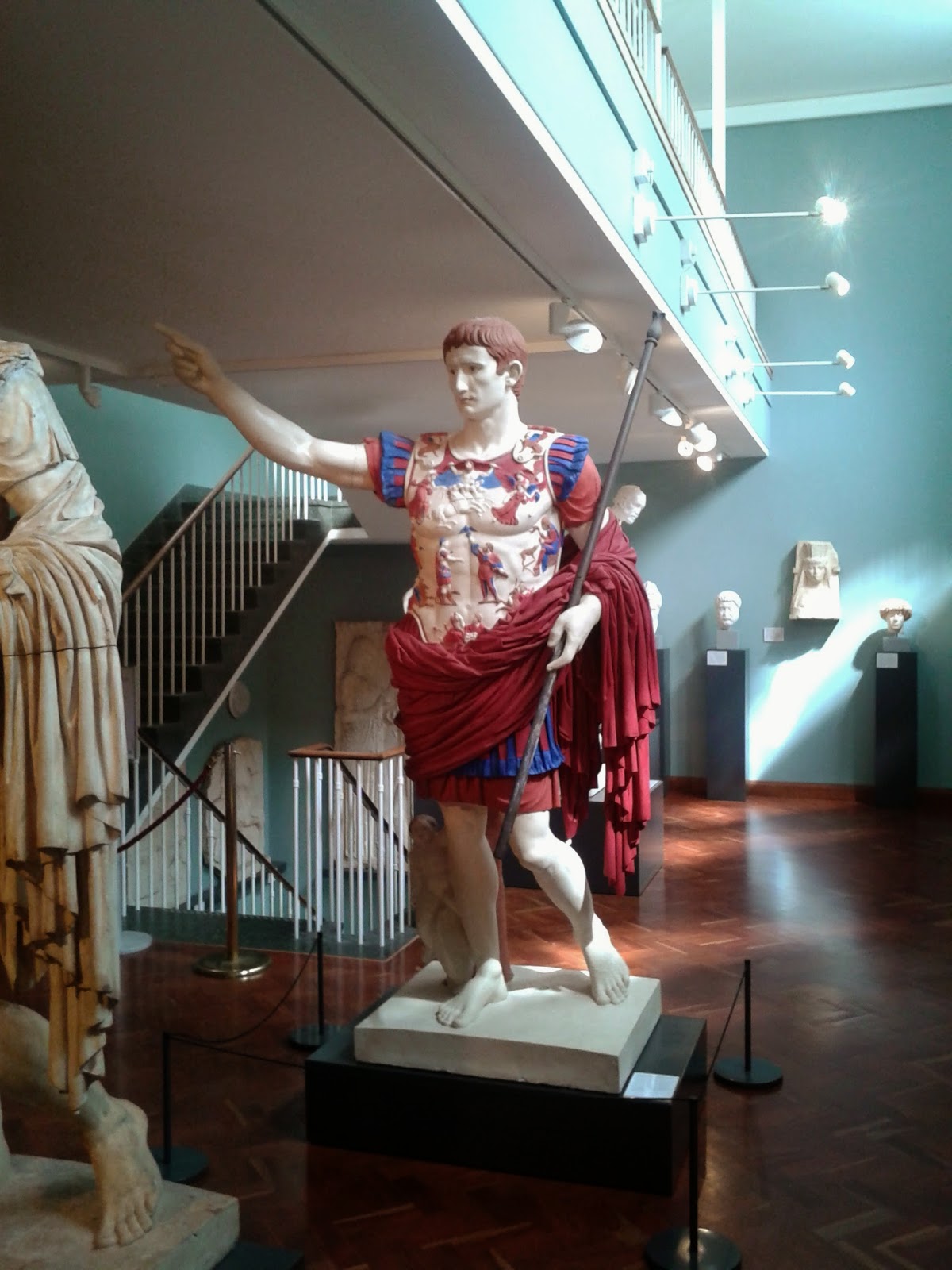 As I am about to commence my own collection for Trajan's war in Dacia, I couldn't not have a picture of the great man. You can clearly see where Vladimir Putin got the idea from, although I have an idea whose legacy will be remembered the longest. 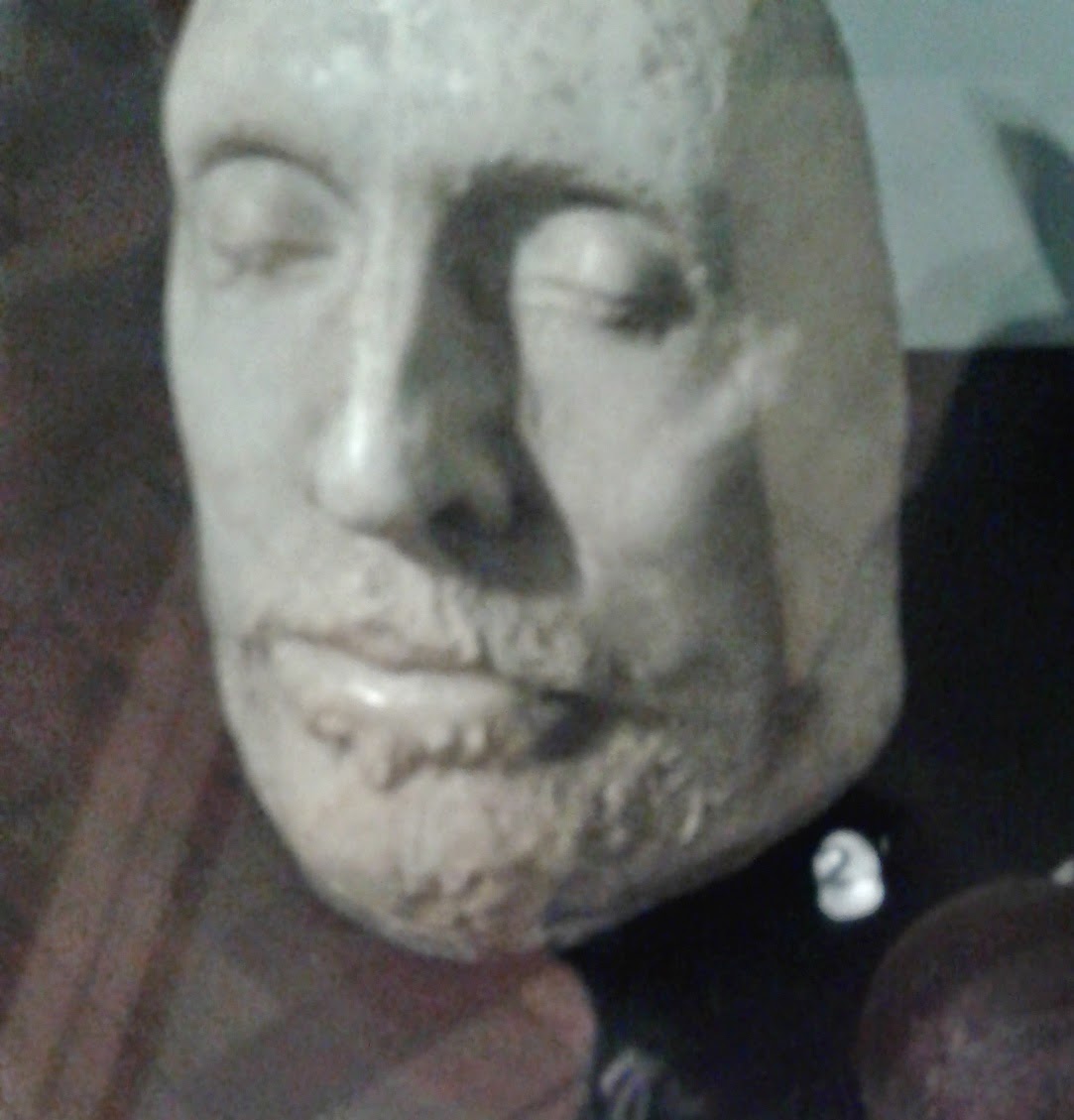 Oxford played a very prominent role in the English Civil War and was one of the few cities to open their gates to King Charles, when many others were closed to him. I was therefore very interested to see this copy of the death mask of Oliver Cromwell, the Lord Protector during the brief period when England was a republic. I had never seen an image of Cromwell before, other than historic artwork, and it was very moving to see this image alongside the mace and city regalia housed in Oxford town hall.

I have often thought that if Cromwell had been a Washington then perhaps England would have remained a republic and changed the course of history entirely. In fact the later American Revolution may never have happened. Now there's a subject for debate! 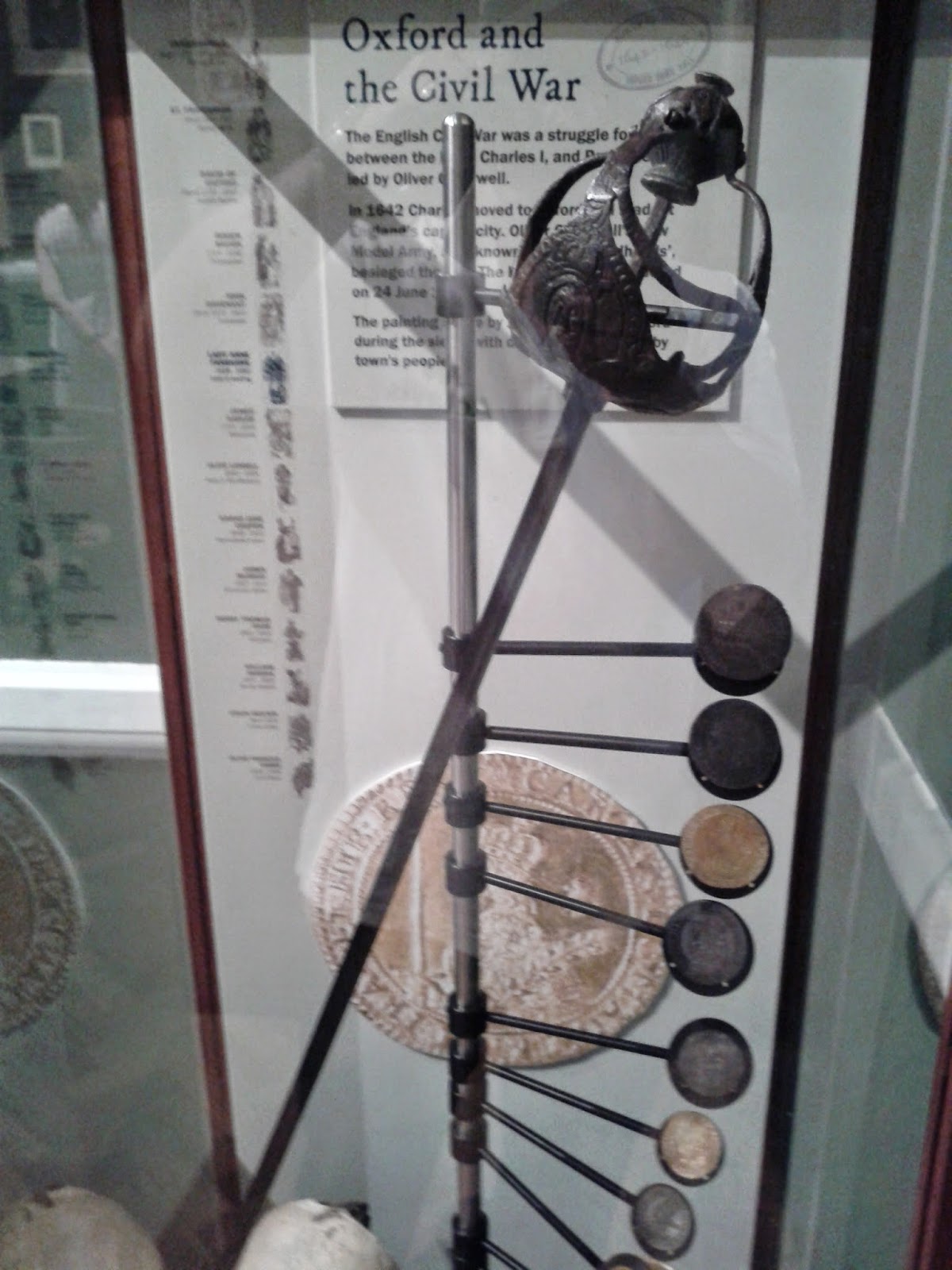