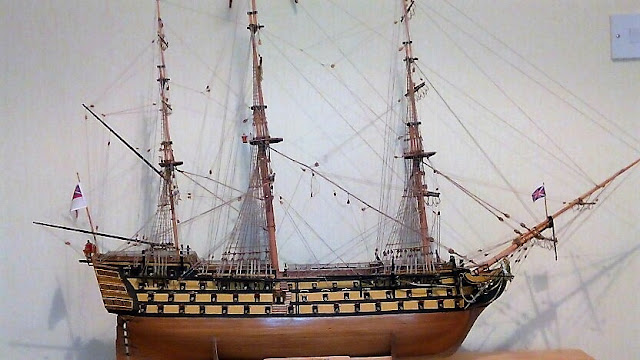 Sometimes life is really funny the way it throws up ideas and so it was this week when a very good friend of mine who has a long association with the Royal Navy called in prior to his attendance at a Trafalgar Night dinner held every 21st October to celebrate one of the most decisive naval engagements in history.

As most people will be aware, the flagship of the British fleet commanded by Lord Horatio Nelson was HMS Victory and it was then that I cast my mind back to another conversation a couple of months previously at a family gathering when I was chatting to Colin the husband of my wife's cousin.

I was reminded to ask him how his retirement project turned out, with his plan to build a large wooden scale kit of the great ship decked out in her Trafalgar colours, and he confirmed that he had finished the project and that his model dominated the bookcase and room where he had set it up and I immediately asked him to let me have some pictures to share. 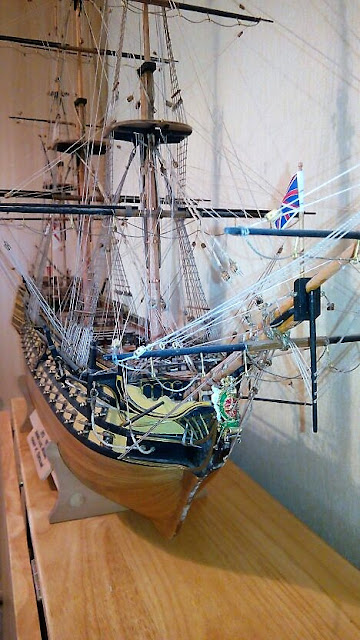 So with the two-hundredth and twelfth anniversary just passed this week it seemed no better time to share the pictures he sent me of the Victory together with two other models, the Clipper Thermopylae and the Brig Golden Star. 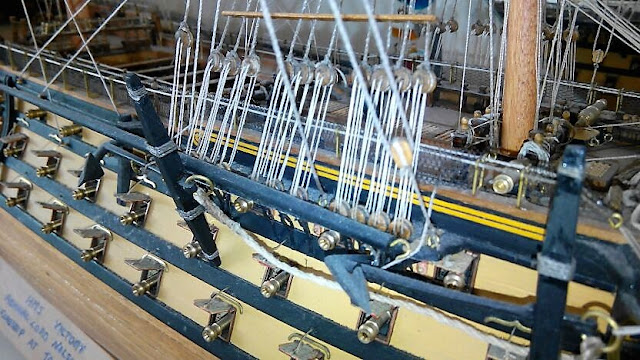 JJ's Wargames is all about celebrating modelling and I was very impressed when I saw the level of detail Colin had achieved with these models and Victory in particular.

Having walked about the great ship several times and posted here on the blog about our visits to her home in the Portsmouth Historical Dockyard I was really impressed with this model at quarters, boat deck cleared and guns bristling . 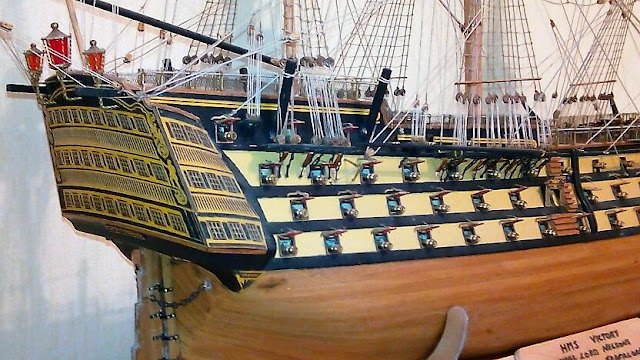 The clipper ship plays a huge part in British naval and social history and spending quite a few years living in London, I was very familiar with the Cutty Sark, preserved in Greenwich with her long slender hull and towering masts all designed to spread as much canvass as was possible to drive a hull at the greatest speed, to satisfy the empires thirst for tea, and as a tea drinker myself, I have always had a long affection for these great ships. 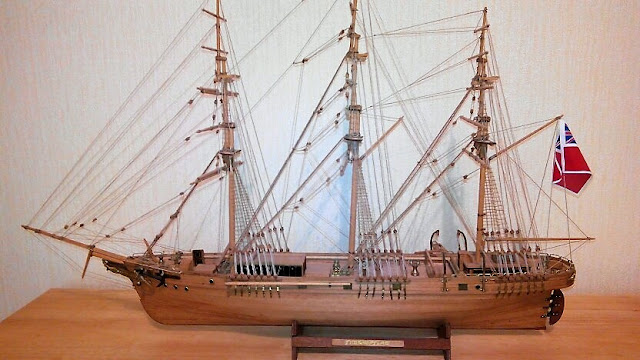 And finally, what I assume is the Brig, HMS Golden Star carrying about 14-16 guns and sporting an early period castle style poop deck from the 17th early 18th century. 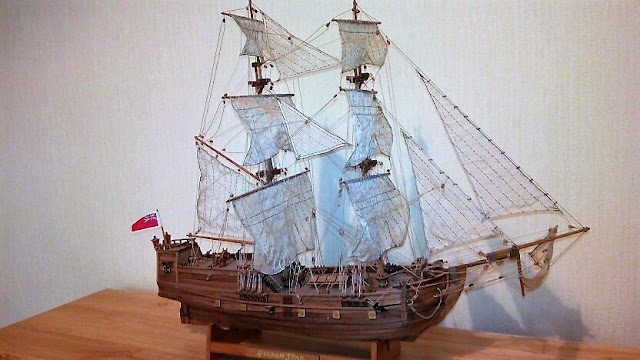 Speaking as someone who has never built a kit out of wood I never tire of seeing modelling done this way and so well, and it always seems to capture something of the original to see a model built from the same materials, and having rigged a few 1;1200 kits in my time for the tabletop I am in awe of anyone producing this level of work on a much bigger scale.

I hope this post serves as a very appropriate salute to the senior service and Lord Nelson, God bless him.
Posted by carojon at 11:04