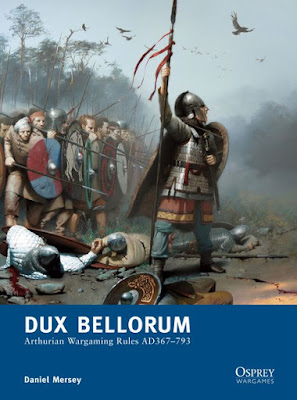 I had great fun meeting up with the chaps at the DWG yesterday and getting to give the Saxon/Viking collection, covered here on JJ's there first run out using Dux Bellorum.

If you are interested in reading the AAR and my thoughts about the rules, then just follow the link to the club blog.

I thought I would share here on JJ's some of the ideas for running a game of Dux Bel I used yesterday and found added to the whole affair. 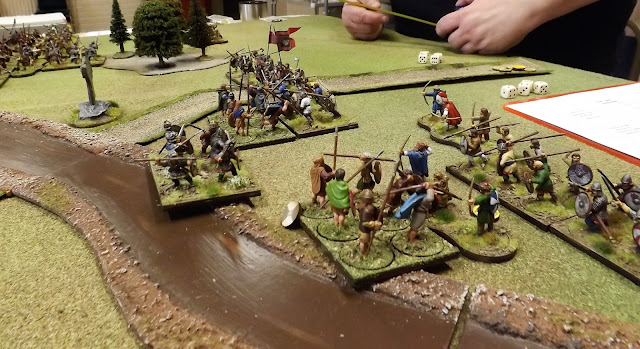 There are principally two aspects of a game of Dux Bellorum that need to be readily seen on table by the players to indicate the decisions they take and the results incurred.

These are the placement of Leadership Points against groups and or units to indicate where they intend to influence a combat or movement phase in the current turn.

The players can lay up to three of these chits against any one group or unit and I wanted something that was discreet but easy on the eye.

My choice was to use the SAGA Fatigue Chits that I picked up from Gripping Beast last year at Warfare. 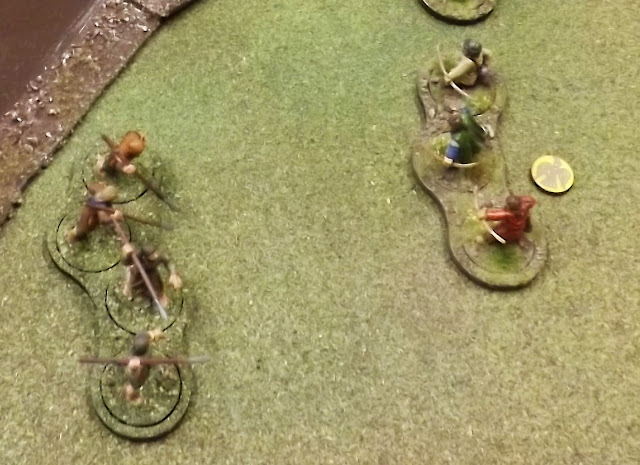 Mr Steve later came up with the added idea that we could use them shield side up to indicate when they were being used in combat for defence and flipped over when being used offensively.

The other idea that I was really pleased with was the inclusion by both Steve and myself of sabot fillers to replace the unsightly gaps caused by the removal of figures during combat which we used to record hits against bases.

I really like the degrading this seemed to imply to the respective lines of figures and now feel I need to get several groups of casualty figures painted up to lay about the lines to give an impression of the casualties the fighting has caused. 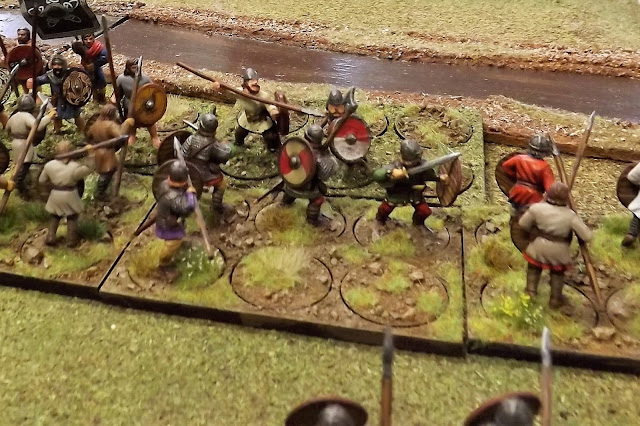 Finally, one of the key aspects of Dux Bel is the design of the force and a record of its losses during the game to enable easy assessment against the victory conditions.

Below is copy of the sheet I gave to the players based on an idea developed by Nick at the DWG which lists that basic core of figures plus the six Leadership Points and then allows a further 23 points to be added at the players choice.

I then added a set of boxes to record the 50 and 75% losses in warrior bases that required a test or caused a break with boxes to tick off as losses were accrued.

Finally I added the unit stats together with my base width measure as a ready reference tool.

If I were use a mounted force I would need to produce a similar sheet but with mounted troops indicated in the core list.

The other addition I think I will make based on yesterdays game would be to add a terrain effects chart on the back of this as a ready reference. 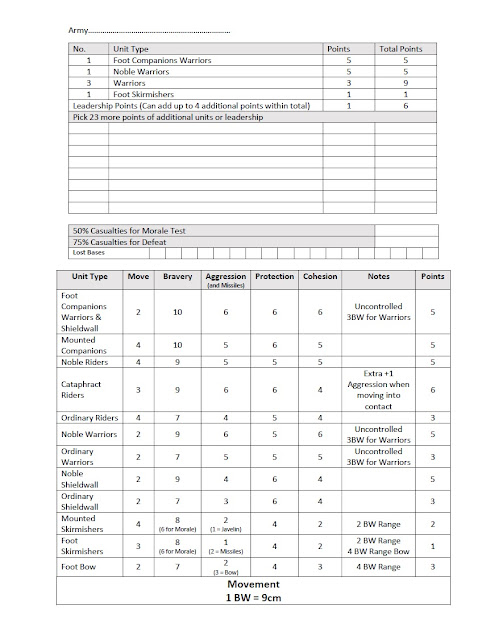 As you might guess I came away very enthused about this set of rules and looking forward to playing again.
Posted by carojon at 03:00