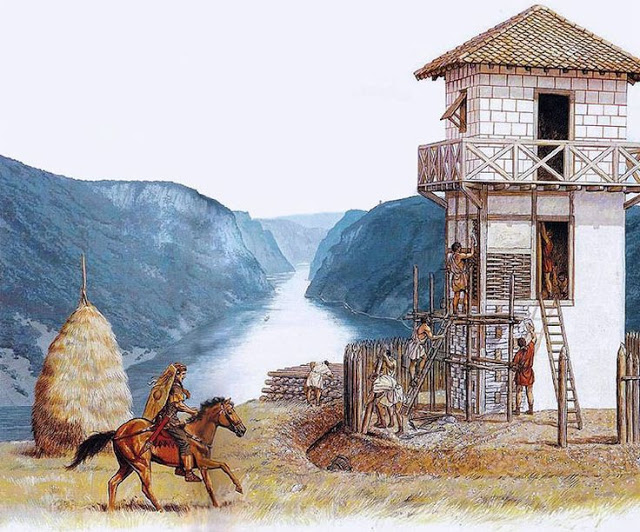 One of the fun aspects of keeping a blog like this going, over time, is that you get to see how projects percolate into fruition as ideas are worked on and refined.

None so than the current project focused on the Dacian Wars of Domitian and Trajan where I posted about ideas to build a collection around back in December 2015 and even constructed a campaign module using the Hail Caesar campaign book scenarios and linked campaign as a basis for that collection.

I have that campaign in Cyberboard ready to go and have taken forward the plans around the collection to set up the games involved, as recent posts have illustrated.

That said, as I have thought about this collection the plan has broadened into a wider scope taking into other Principate campaigns that would be fun to do such as the Year of the Four Emperors in 69 AD and the campaigns of Germanicus into Germainia following the Varian disaster. 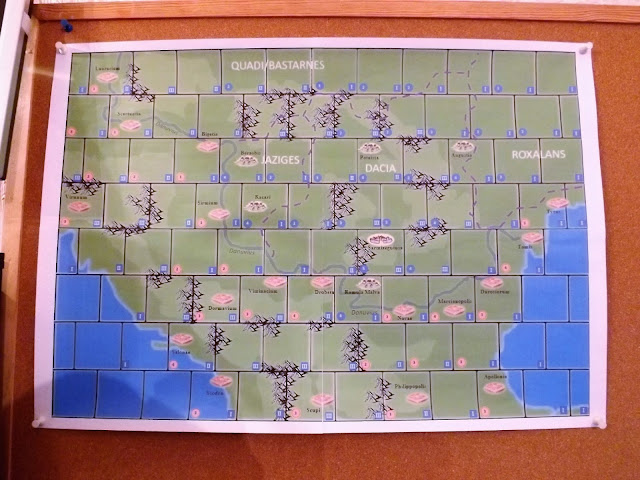 The linked scenario, ladder style of campaign battles is great, especially for involving groups of players fighting separate scenarios as part of the greater backdrop and I still intend to develop that plan.

However I was keen to explore the idea of having a campaign where the armies and set ups were entirely in the hands of the players as results of the decisions they took in response to events and circumstances, with armies manoeuvring on a map that encompassed the normal fog of war. 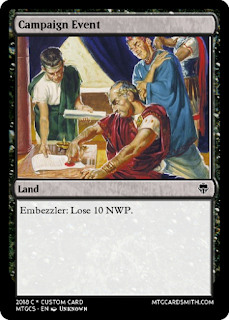 The whole idea being, to create battles that have that all important context behind them and thus give meaning to the result.

James' collections are an inspiration to the kind of games I plan to develop around this period and he has some great ideas around those I have outlined here.

The map you can see of Dacia and the neighbouring tribal and Roman regions, now hanging in my games room, is my own creation based on those ideas, as are the cards I have put together using a great site highlighted recently on TMP by Anatoli who also has a video clip up on his own blog page on how to produce such cards. 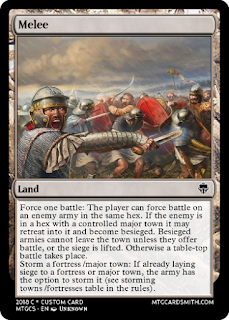 The really cool thing about this system is that armies on the map are in full view of all the players with the fog of war being built into the campaign by the cards and how they are played. Not only that but I now have a system of generating my armies and relating the result of any tabletop battles back to the map in lost strength-points without too much book-keeping and mental stress.

I aim to give the system a stress test using a simple die combat system to replace the figures on the table while they are still being put together, so I'll do a post about that going forward.

Talking about constructing armies for the tabletop also reminds me that I am also in the process of recreating my map world on to the table; and my 15/18mm terrain collection will not be fit for purpose, hence a build project similar to Trajan's own efforts, all be it in a smaller scale, is now going ahead. 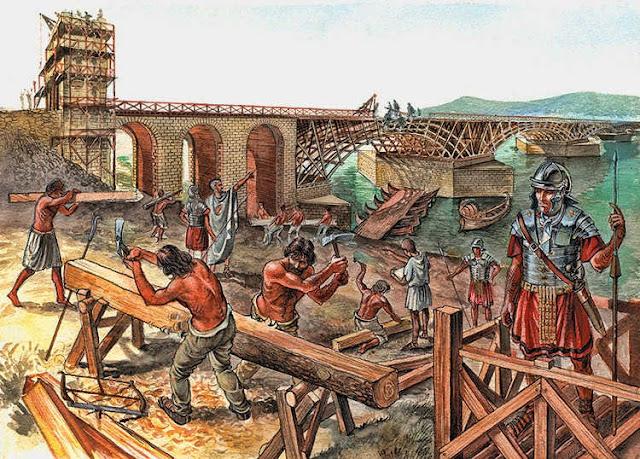 This week I finally got some time over the Easter Bank Holiday to get stuck into my Roman buildings that I have been acquiring in the time between now and that post back in 2015. 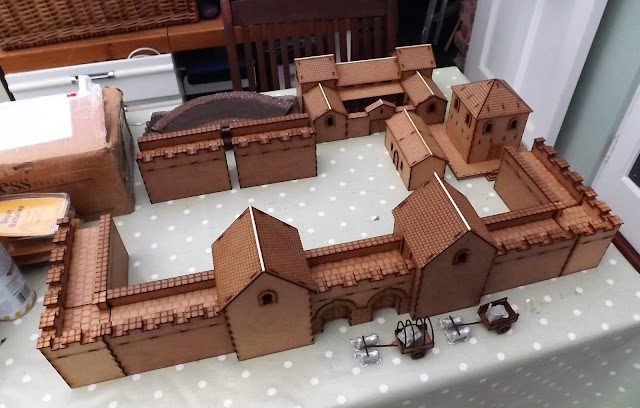 With all the Napoleonic work completed, I now have time to give this part of the project my attention and as you will know, I love the aspect of the hobby that is putting things together.

Like plastic figures, MDF has revolutionised our hobby and I have thoroughly enjoyed constructing my Villa, Temple and Fortress together, not to mention a few wagons and carts. 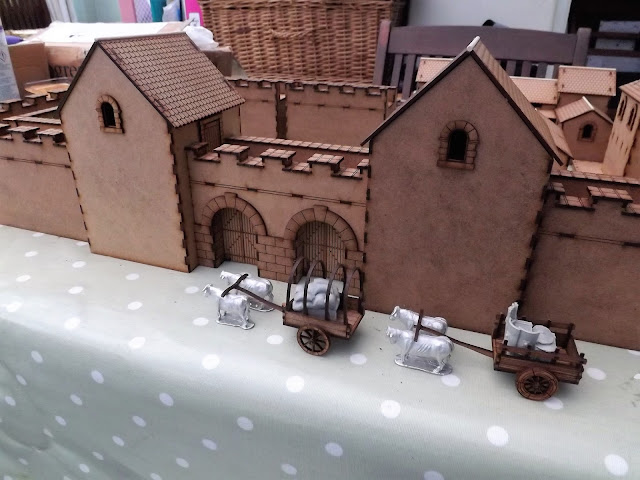 This lot are now awaiting the addition of roof tiles and then, after sealing with a PVA wash, to have a good lick of paint together with some interior finishing. 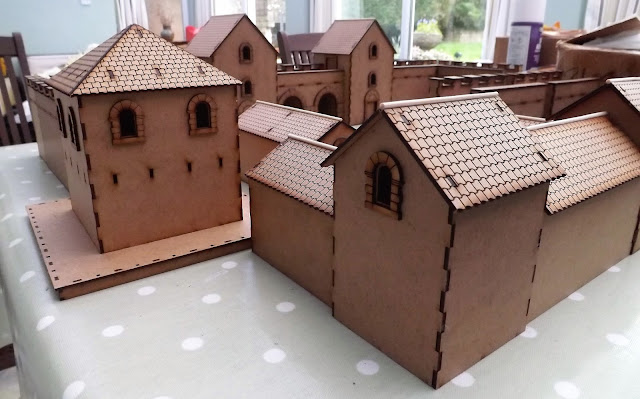 In addition to these, I have a Roman marching fort to get done, plus loads of new trees and scatter terrain to build and those river sections will need a bit of tarting up before they can grace the table. 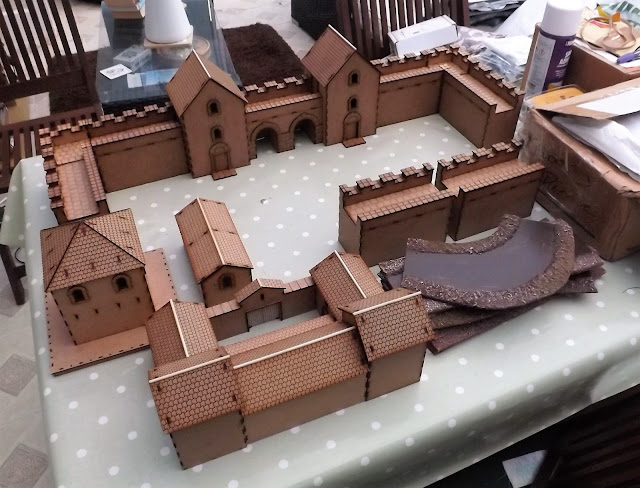 These buildings are just the start as I have to get some appropriate German/Dacian hovels and a Roman Limes tower, as seen above, plus enough wattle fencing to shake a stick at. 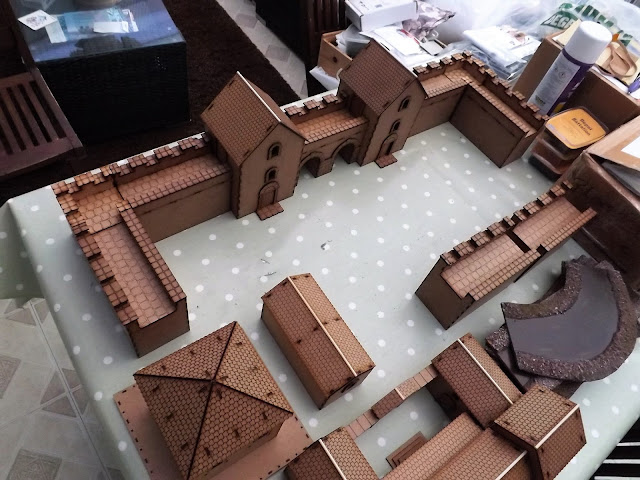 All the buildings are from Warbases and the wagons are from 4Ground, that I picked up from Colonel Bill's Store.

My river sections are from Products for Wargamers

Finally thank you to Martin and Diane over at Warbases who sorted out an issue with some pieces on my city gate that was resolved quickly and helpfully.
Posted by carojon at 02:16