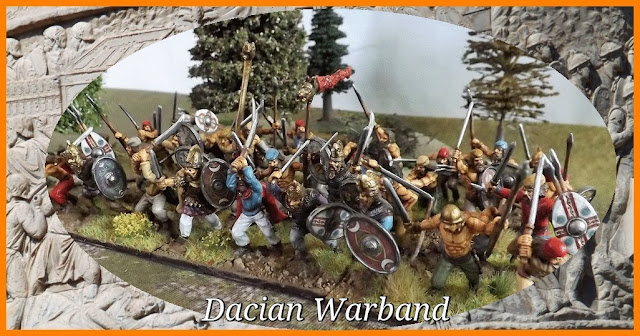 Following on with work on the Dacian army for my planned first scenario I have now added a third warband to the force which is starting to look quite formidable even at this early stage. 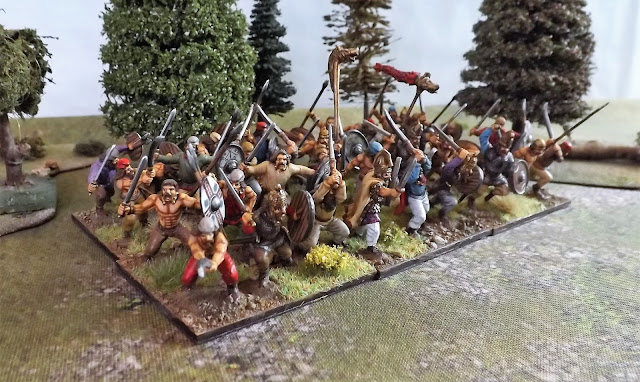 The painting experiments are also ongoing with a few more new citadel colour options explored with this unit with that rather fetching powder blue number worn by the falx wielder in the front rank.

The unit of auxiliaries in the next picture is not by chance as it links into the next job that I can't say I was looking forward to which was to re-base the units Tom and I constructed a few years back on to my preferred options for Augustus to Aurelian. 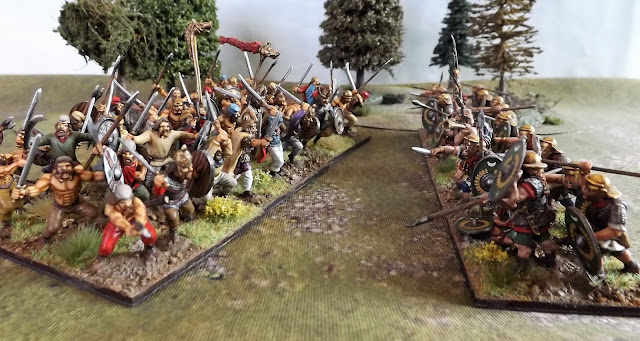 Thus I now have four cohorts, two green shield and two blue of the Warlord auxiliaries based up for the new collection.

The good thing was that I managed to salvage quite a bit of the basing materials which were transferred on to the deeper bases you see in the pictures. 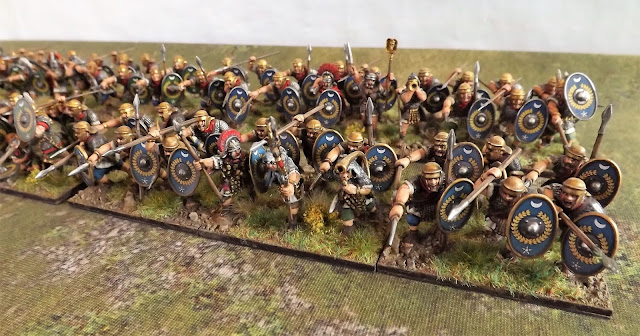 The Warlord auxiliaries don't suffer from the stunted development that their legionary offerings suffer from and will mix in quite nicely with the Victrix part of the collection. 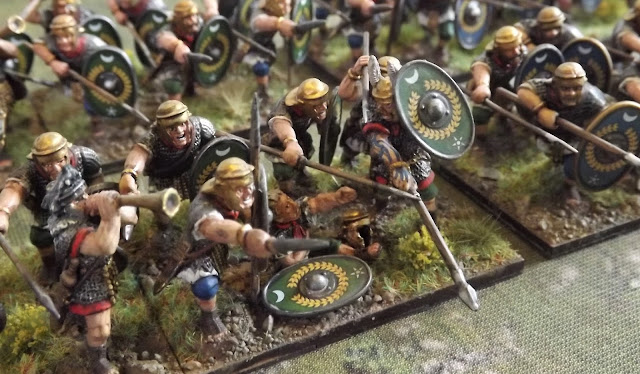 Talking of Victrix, the bulk of my two Roman armies turned up today and this is what fourteen packs of Legionaries and Auxiliaries look like together with sufficient shield decals to kit this lot out in time.

The aim will be to build the forces for the Trajanic invasion project and then to double it to allow for some Roman versus Roman options. 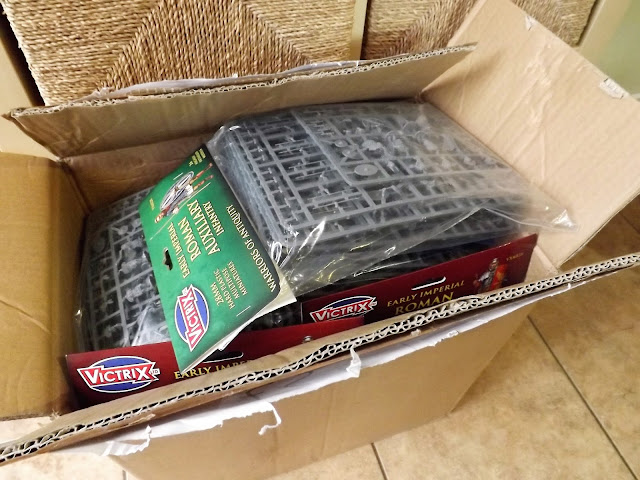 As well as getting the next Dacian warband on to the painting desk, work continues with the terrain to accompany the figures and regular followers of the blog may well remember seeing this marching fort unveiled in France a few years ago as a birthday present from Carolyn and now finally getting my attention . 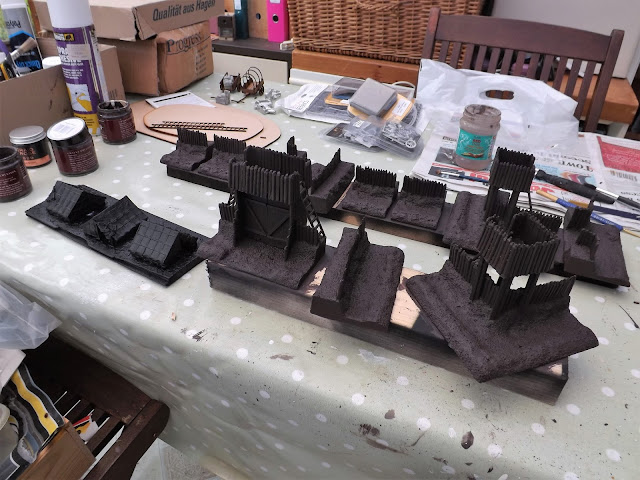 All the pieces have been cleaned up and undercoated and then had a coat of the chocolate brown applied together with a few Warbases mdf ladders to the gate and towers. 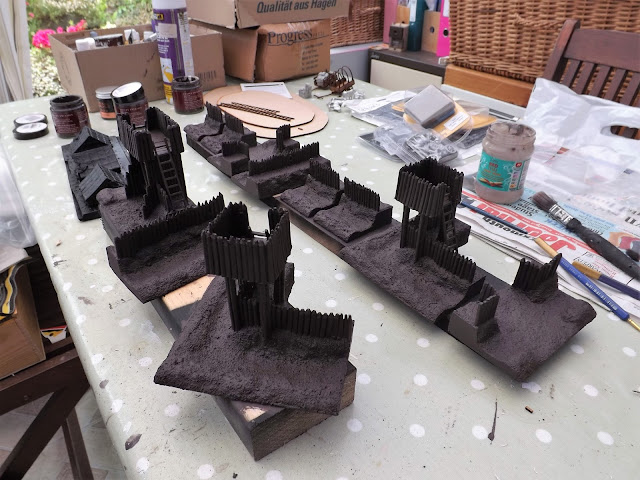 The Romans spent a lot of their time in Dacia as elsewhere building these kind of defences during their military campaigns and I know this will appear in a few scenarios I have planned.

It can also double up as a barbarian defence and may also appear as a Saxon burgh when required.

Hopefully the Roman tents of which I will be getting a few more should help to define which side is using it at any given time. 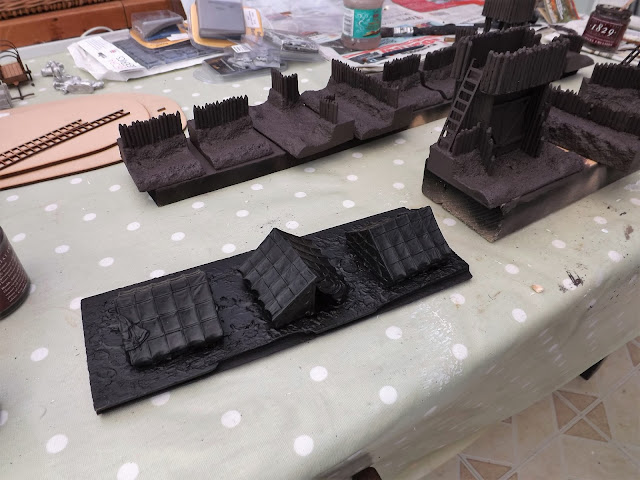 Finally Steve and I have been spending the last few Tuesday evenings getting to grip with each others board game collections and a few favourites have been played including Richard III, Julius Caesar, East Front and We the People.

Tonight we are going to try a new game that I got hold of, and one that keeps the Roman theme, namely Imperator from Vae Victis. 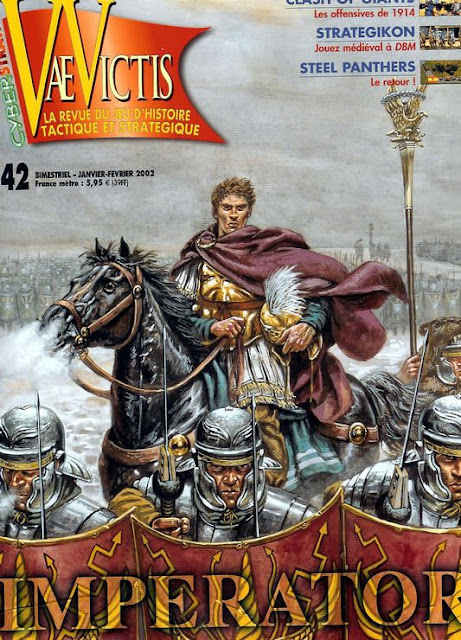 I picked a copy of this up a few weeks ago and got the map laminated and ready to go as seen below so we will be playing the First Marcommanic War scenario tonight as we get our head around the French translated rules. 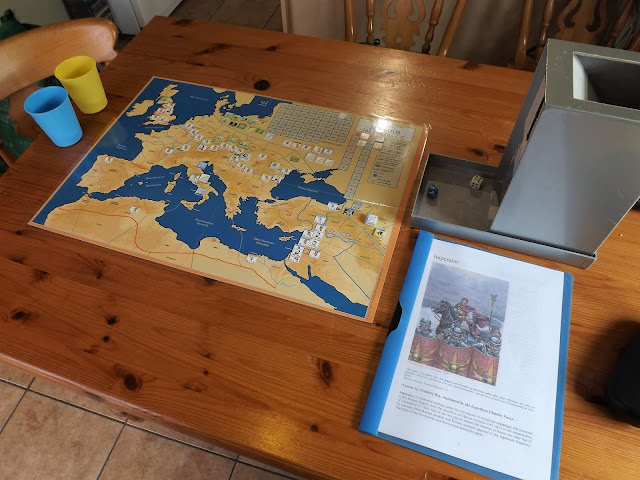 I'm off to Spain on the weekend and am hoping to get some much needed sun shine as well as visiting an interesting Peninsular War battlefield so will have the computer on hand to post about the visit.
Posted by carojon at 09:24