This final post covering our trip to the Cotswolds in February is a look at the battlefield of Stow on the Wold which, fought on the 21st March 1646, holds a significant place in British history as marking the last battle of the First English Civil War.

The battle marked the final collapse of the Royalist cause which by early 1646 was already in parlous state when the King in Oxford appointed Sir Jacob, Lord Astley as the commander of the last Royalist field army composed of 3,000 experienced foot raised from the remaining Royalist garrisons in Wales and the Midlands and 700 experienced cavalier horse, survivors from a mix of Royalist regiments.


The plan was for Astley to march south from his muster point at Bridgnorth and join forces with the King's 1,500 horse at Oxford.

The plan soon came to the attention of the Parliamentary command and forces were directed to intercept, with Colonel John Birch's troops marching from their successful siege of Hereford to join forces with Colonel Thomas Morgan's troops at Gloucester on the 15th March.


Colonel Morgan was appointed the commander and marched from Gloucester with some 2,000 foot and 750 horse planning to rendezvous with Sir William Bereton marching from Lichfield with an additional 1,000 experienced horse.

Astley crossed the River Avon at Bidford via a bridge of boats and commenced his march into the Cotswolds suffering harassing attacks along his route as Morgan attempted to delay his progress whilst avoiding battle until Bereton's force had joined him.

As the three forces closed in on each other Astley halted his march at Donnington on the evening of the 20th March, two miles away from Stow in order to rest his troops after their long and arduous march only to discover that Morgan and Bereton had joined forces and were close at hand.

With battle now unavoidable Astley drew up his army on a hill side north of Stow.


The final battle of the first English Civil War commenced at dawn on the 21st March with a by now standard battle line of infantry in the centre and cavalry on the flanks.

Slightly outnumbering the Royalists (1,500 foot and 1,000 horse) the Parliamentary army (2,000 foot and 1,750 horse) advanced up the slope with Morgan commanding in the centre and being held in check in the initial clash.


It took the intervention of  Bereton's horse on the Parliamentary right, who outnumbered their opponents two to one under Sir William Vaughan, to break Royalist resistance by driving away their initial opponents and then turn in on the flank of Astley's infantry.

With one flank in tatters, the horse on the Royalist right under Sir Charles Lucas then broke, forcing Astley to attempt a fighting withdrawal back over the ridge and into Stow. The battle had lasted little more than an hour before the Royalists were forced to break off.

The Royalist foot continued to resist as it fell back into Stow's medieval market square as the memorial plate on the market cross records, indicating some 200 of their number being killed in the street fight that ensued. 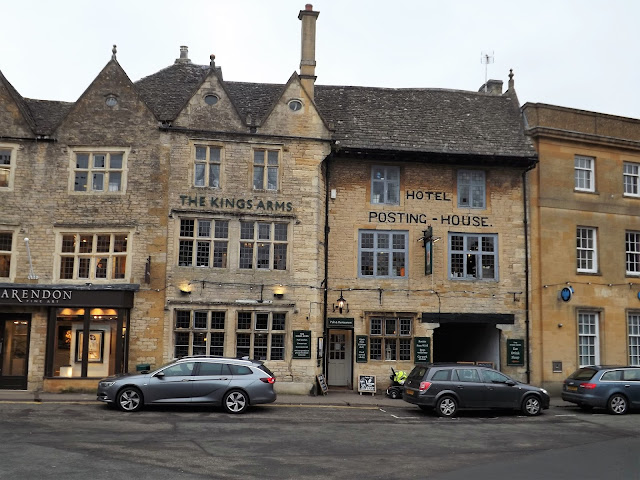 In the end Astley realising that his army was defeated offered the surrender of his remaining troops to avoid any further bloodshed with 1500 Royalist troops imprisoned in Stow church at the end of the battle as well as 60 officers captured together with 12 wagons of ammunition. 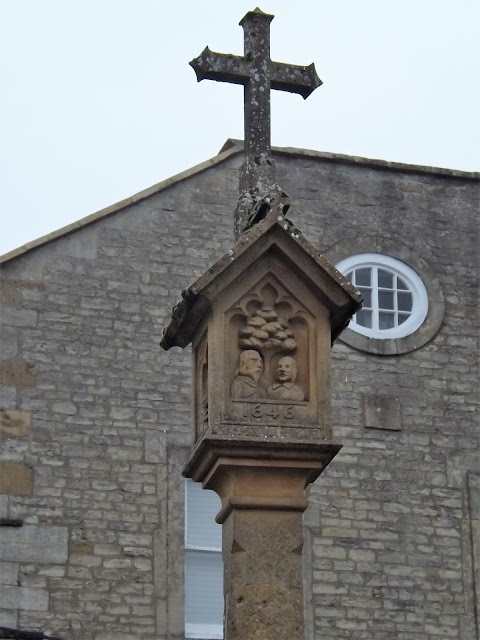 It is really nice to see that Stow has not forgotten its important place in British history unlike other towns I have visited and posted about here on the blog; and the battlefield and the soldiers who lost their lives for which ever side they fought for are remembered.

One of the soldiers who lost his life that day is memorialised in the church with a picture of his grave stone seen below.

"To the sacred memory of the most illustrious leader Hastings Keyt, Son of James Keyt Esquire of Ebrington in the County of Gloucestershire. Officer of the King's Worcestershire Forces who fell in the battle near Stow. On 21st March 1645."

Following the defeat at Stow, the King fled from Oxford towards Newark where the last of his forces were under siege by Parliamentary and a Scots army, where he hoped to surrender himself to the Scots and perhaps drive a wedge between his enemies. I covered some of this history in my post about the Queens Sconce during a visit to Newark and Partizan 2017 in May last year.

As alluded to at the top of this post, the actual site of the battle is still a point of debate awaiting further archaeological investigation to help determine its precise location.

Let's hope in these modern times of metal detecting surveys that funds will be found to solve this question about a very important battle site and one that perhaps has been slightly overlooked in past times.