Whilst out enjoying the delightful weather in Spain just recently we were treated to an impromptu air display by the Spanish airforce who have a base nearby for fast jet training. 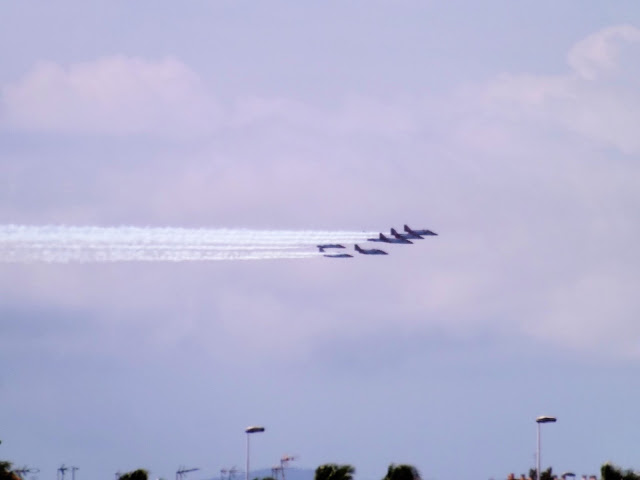 The Spanish airforce use the Spanish built CASA C-101 for training their jet pilots which is the equivalent to the the Hawk jet trainer used by the RAF in the UK. 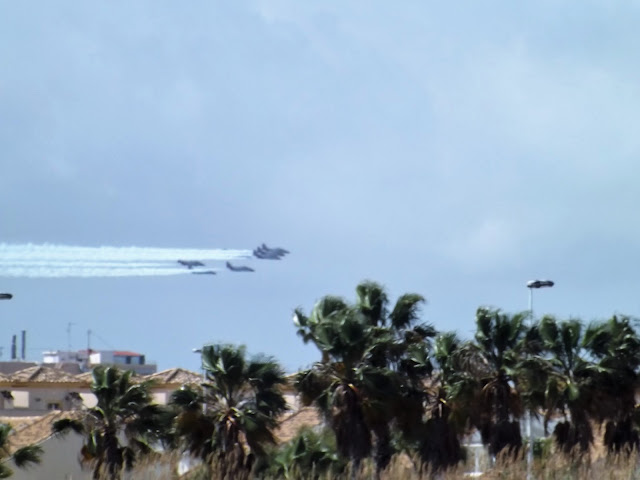 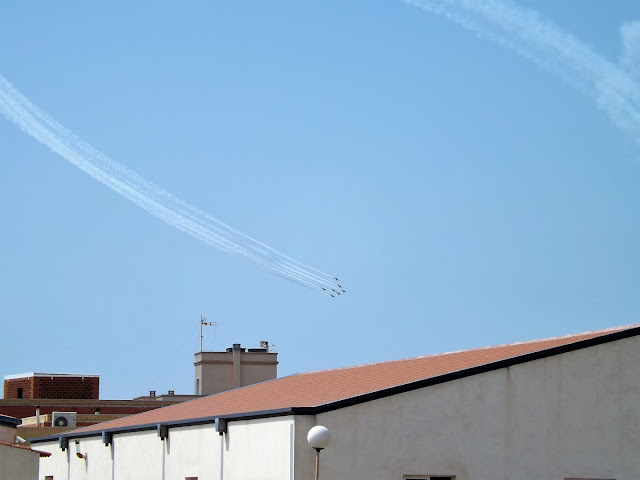 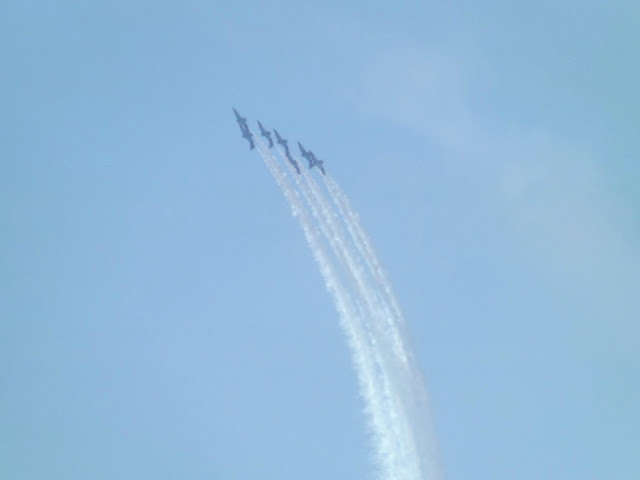 Having been coming to this part of Spain for the last sixteen years these chaps are a familiar site in the skies together with individual aircraft practising 'circuits and bumps' otherwise known as take-offs and landings and intercepts out over the Mediterranean coast. 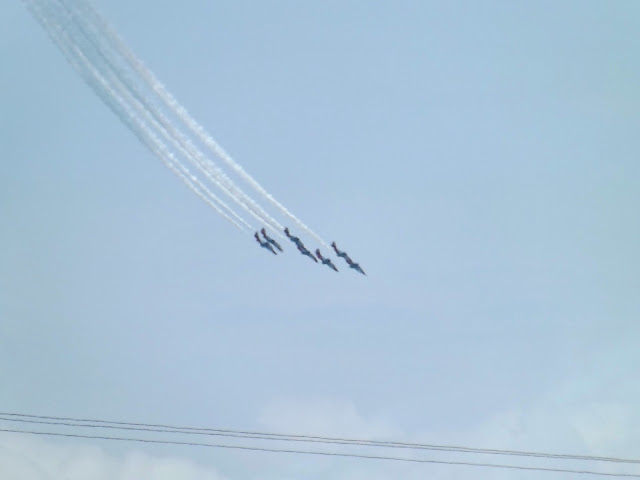 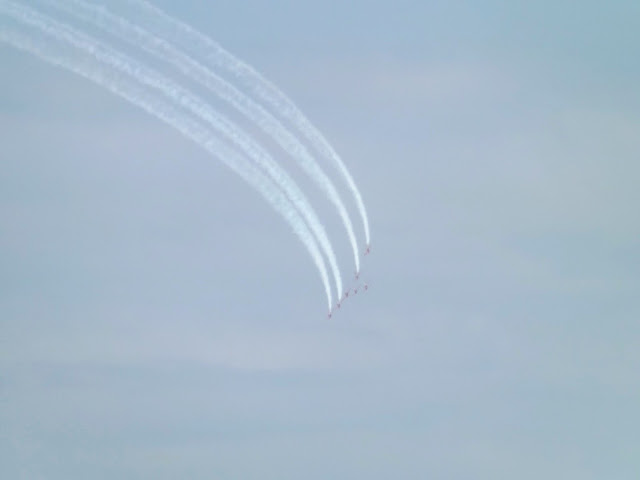 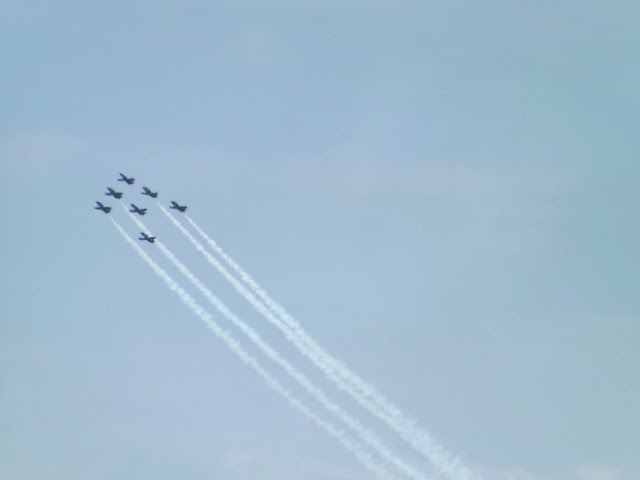 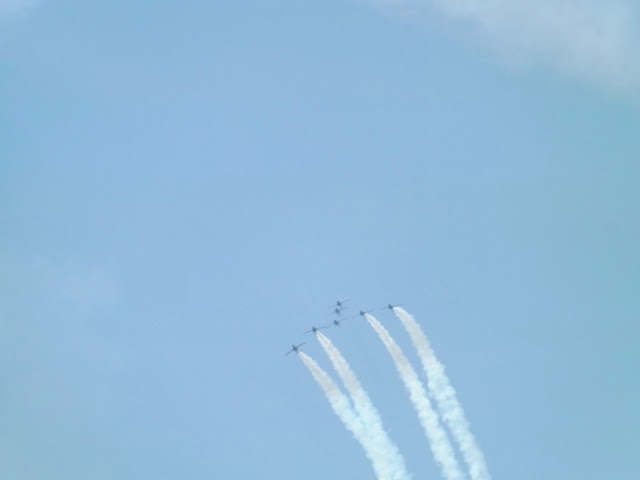 Back home in the UK, the RAF Red Arrows team make Exeter their home base in the summer as they tour the various air displays around the country and so we are very familiar with seeing their routines as they warm up for each season over the skies of East Devon. 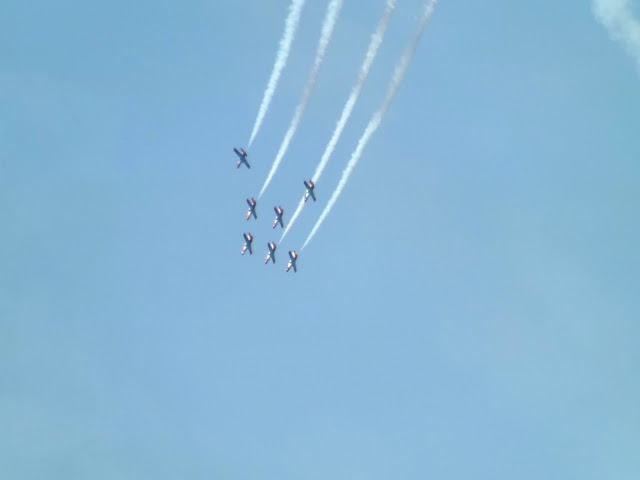 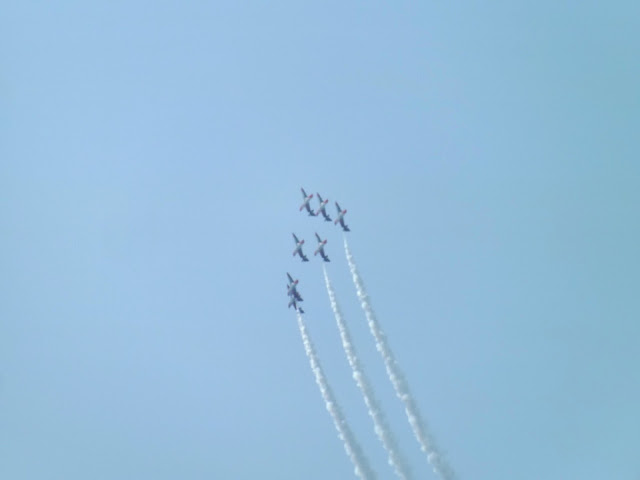 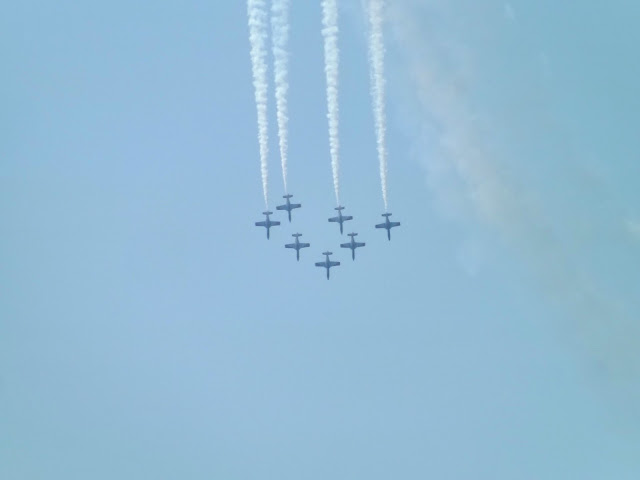 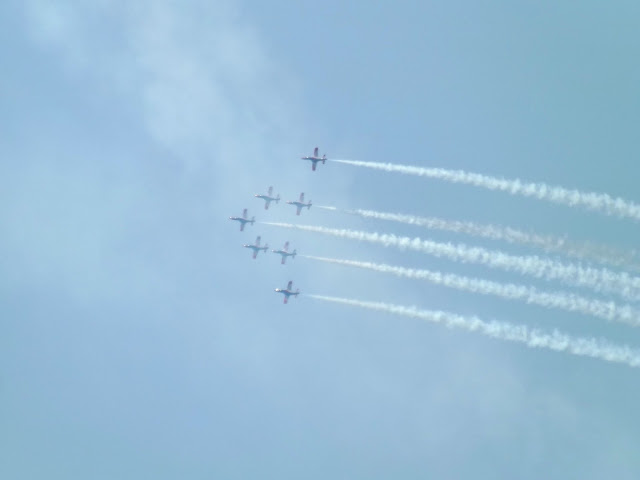 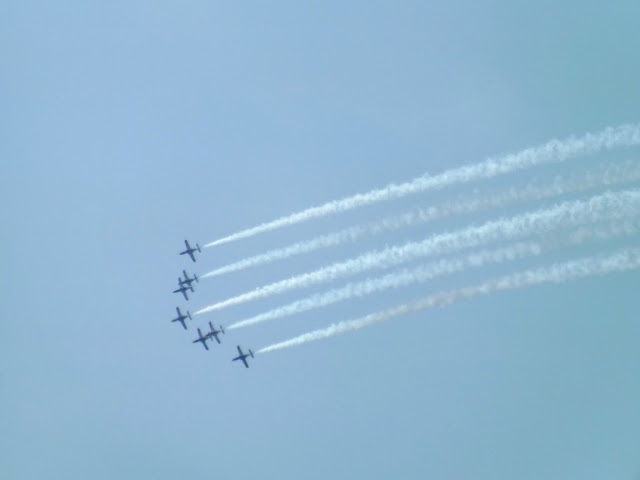 However the Spanish airforce like to do it a bit differently with the occasional low level, un-manned passes designed to keep unwary tourists on their toes! 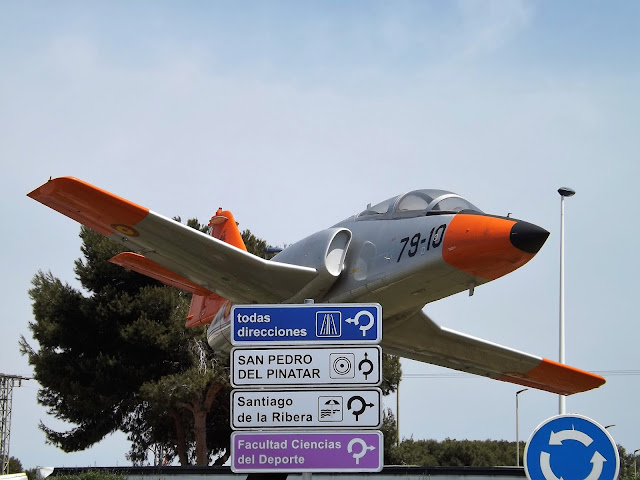