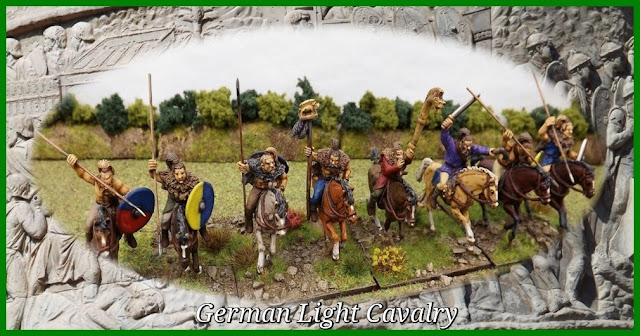 In among all the walks, shows and room reorganisations, the work to progress the Romano-Dacian collection has continued which the post covering the changes to my games room revealed with an early sneak preview of these charming gentlemen. 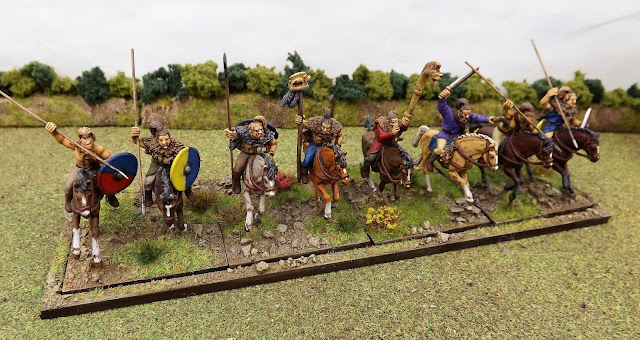 I picked these German light cavalry up at Partizan earlier this year and they are the new Warlord offering in their Hail Caesar range of figures. 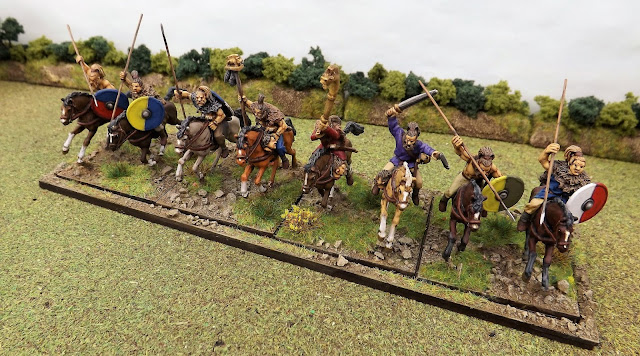 I really liked the modelling of these warriors complete with a range of severed heads to be arranged around the bridles and complete with a command group with cornyx, standard and leader bearing an axe and sword whilst heading along at seemingly full tilt. 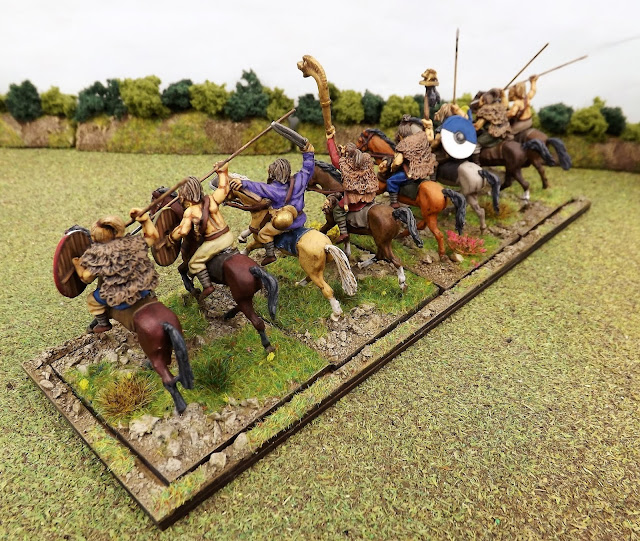 However if I were to add some small criticism, the legs and ankles or should that be fetlocks on these steeds are very thin and can be easily bent with uncareful rough handling.

In addition these chaps are illustrated on the box artwork carrying shields which look very much like those offered in the Warlord German warrior warband boxes, however if you are expecting to find shields contained you will be slightly disappointed.

Thus my hairy horseman have had shields supplied from some left over Gripping Beast plastic types from my recent Saxon/Viking collection build and I think they help complete the look of the unit. 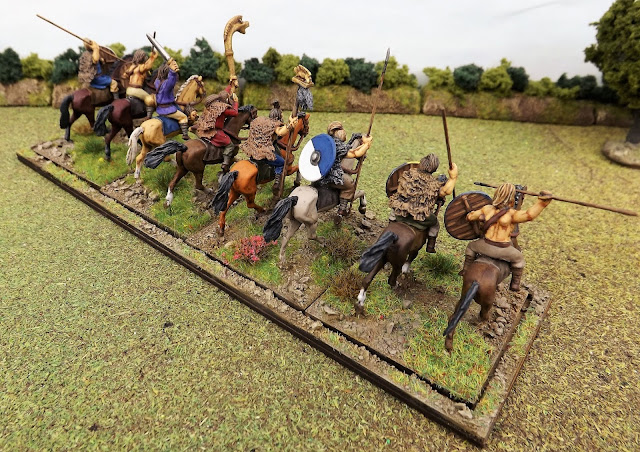 German light cavalry are a ubiquitous type to have on hand when building an Early Imperial Roman collection as they can come in handy for supplying German style cavalry for my Dacian, Roman and German armies as required. 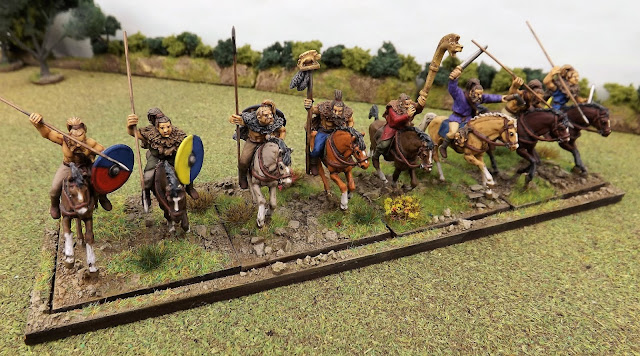 I also have some Wargames Foundry German cavalry waiting to be painted up so they should compliment these chaps quite nicely with the variety of looks to entertain the eye when out on the table. 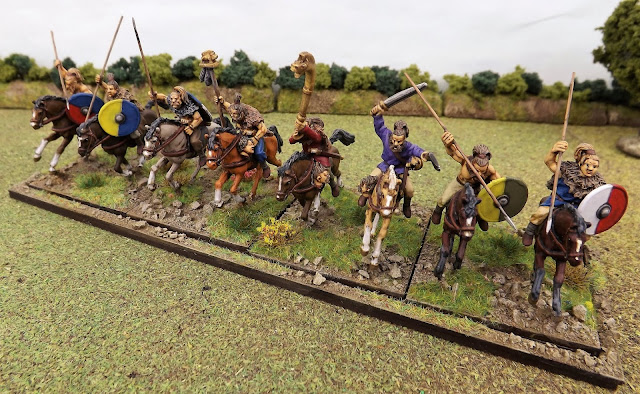 Alongside my Germans I have added another couple of Dacian skirmish units of which Dacian armies seem to be well endowed. 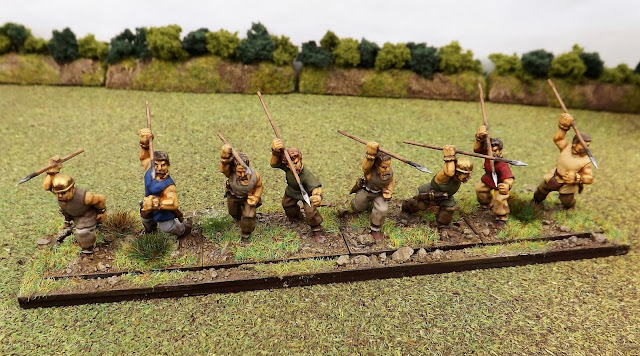 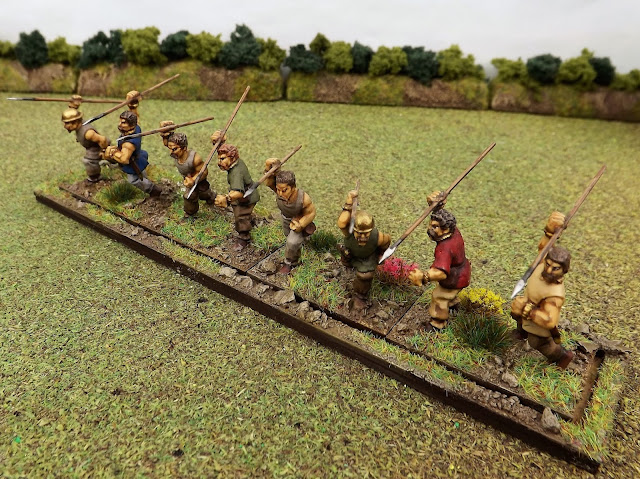 This brings my Dacian skirmish groups up to six with three javelin groups, two archers and now one of slingers. 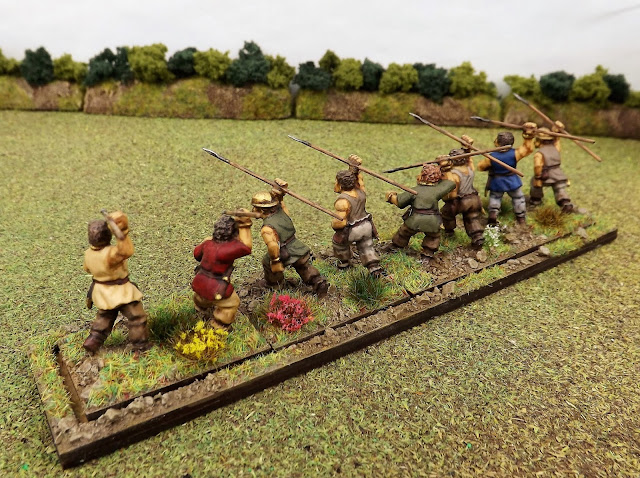 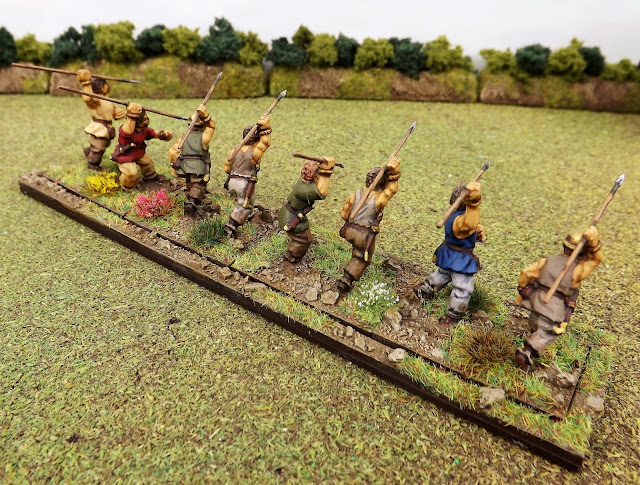 The intention is to allow my four divisions of Dacian warbands to be potentially accompanied by two groups of these annoying skirmishing types which should please the Roman player no end. 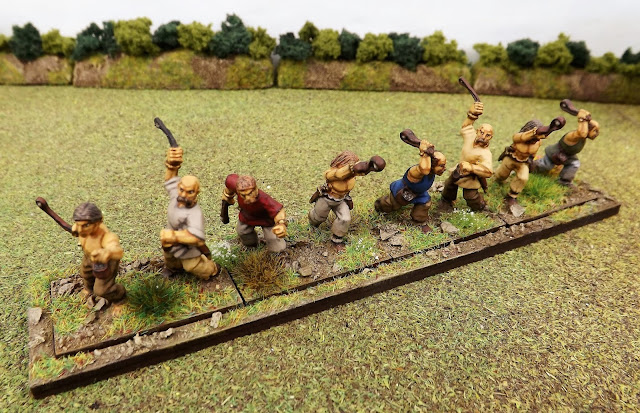 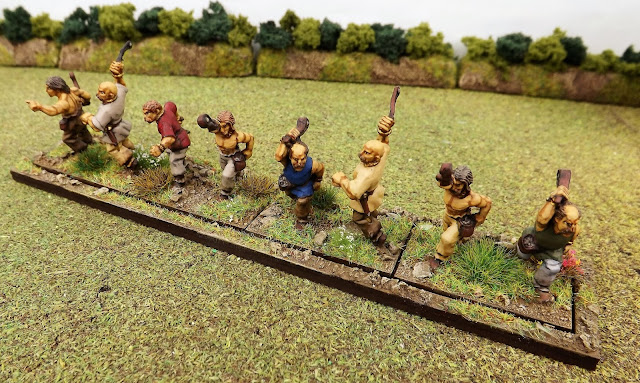 As with the German cavalry, all these light skirmishing groups are pretty ubiquitous and should serve pretty well all my ancient armies when required. 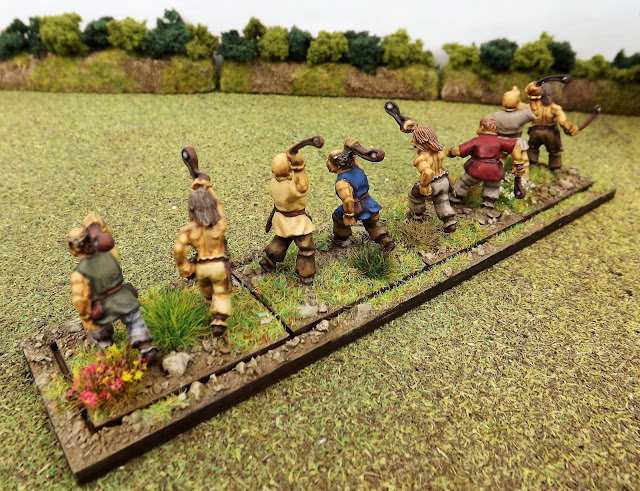 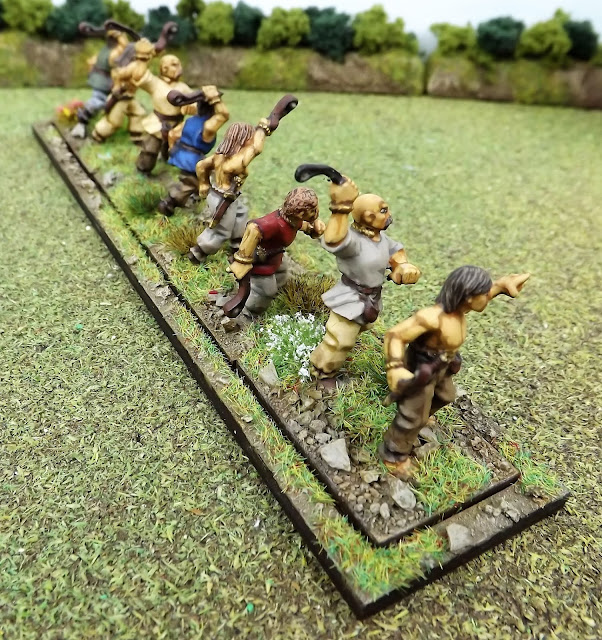 So these last groups complete phase one of the collection build which I have documented here on JJs and which can be reviewed by looking through the posts labelled JJ's Dacian Wars.

With the run into Xmas I am intending to hold fire on the start of phase two as I have some US 7th cavalry to complete in time for the Gus Murchie Memorial game, our annual big Christmas game in December at the DWG and they will form my small contribution to the game alongside some Plains Indians I painted up years ago but should be adequate for our purposes.

In addition I promised Steve M that I would help complete his FIW Seven Years War British collection by doing some British artillery teams and a Colour party to join the 60th Foot chaps I painted earlier, see the link below if you haven't seen that earlier work.

So phase two of the Romano Dacians will see another six warbands, plus around fifteen units of Sarmatian cavalry added to the Dacian force alongside about another five cohorts of Roman legionaries and auxiliaries plus more Roman cavalry and artillery, which I hope to get the bulk of them finished by the end of next year along with some new terrain items as well.
Posted by carojon at 04:37