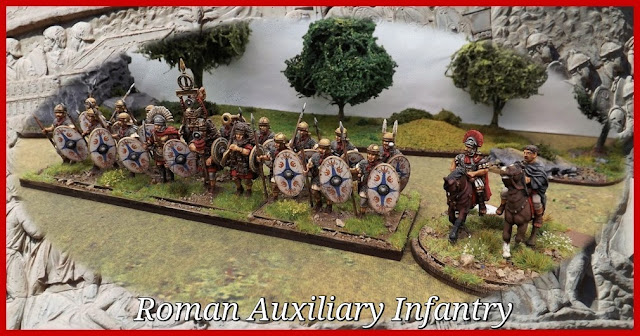 When working through units needed for a project I like to build to play as I go and I like to try and mix things up a bit to add some fun to the whole process.

So although four more units of Dacian Warbands are on the to-do list, I also have my Roman collection to work up as well and I have been really looking forward to working with the Victrix range of figures and in particular the Auxiliary Infantry which I have not built before.

My four units of Auxiliaries that have featured in the games run so far are the Warlord units that I converted over to my Augustus to Aurelian basing system.

The Victrix range compliments them quite well but in my opinion are very much superior in their look and I intend to replace the Warlord figures with these in time. 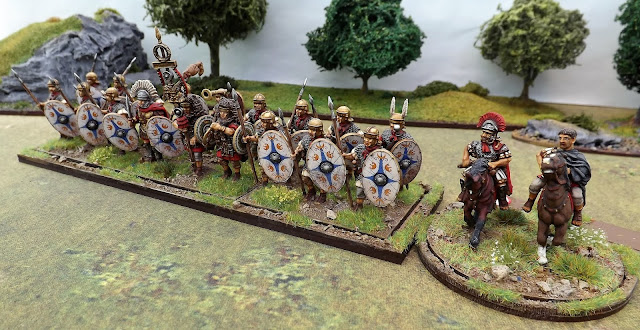 Auxiliary Infantry formed a significant component of Early Imperial Roman armies and with the plan to build two Roman armies for my collection will see a lot of these cohort type units being put together. 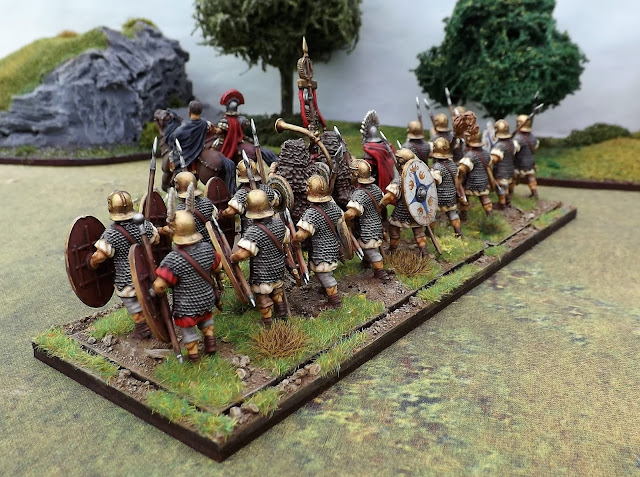 The design and look of these figures perfectly compliments the Victrix legionaries and together will really capture the look of a Principate army with serried ranks of both types. 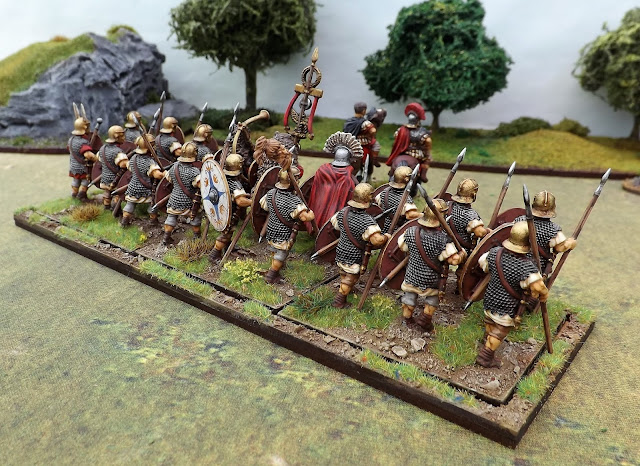 The nice thing is that Victrix builds in plenty of options to allow you to vary the look of individual units with the inclusion of bearskins for the ordinary ranks to recreate the look of some of the auxiliary units pictured on Trajan's Column.

As you will see here I have stuck with a more traditional appearance, but plan to include the other look going forward. 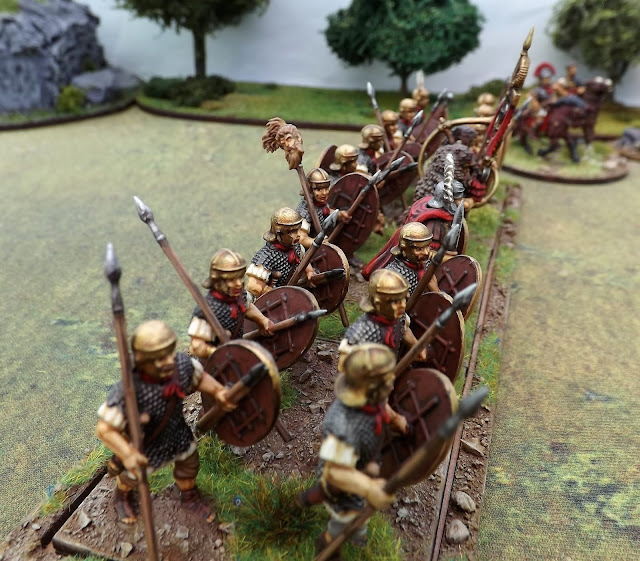 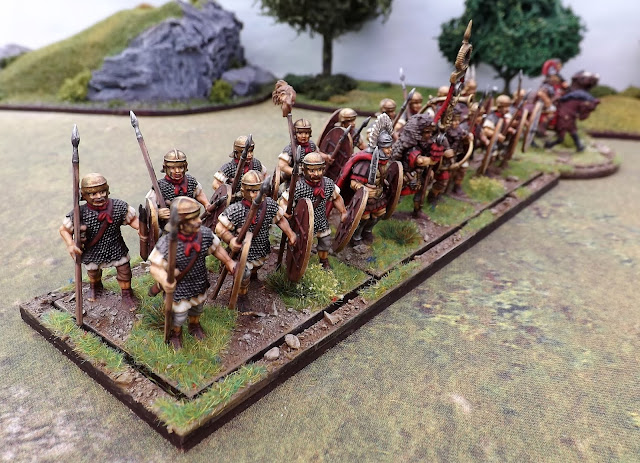 One thing that really characterises the Auxiliaries on Trajan's Column is the depiction of these soldiers taking Dacian heads and in some scenes presenting their trophies to the Emperor himself. 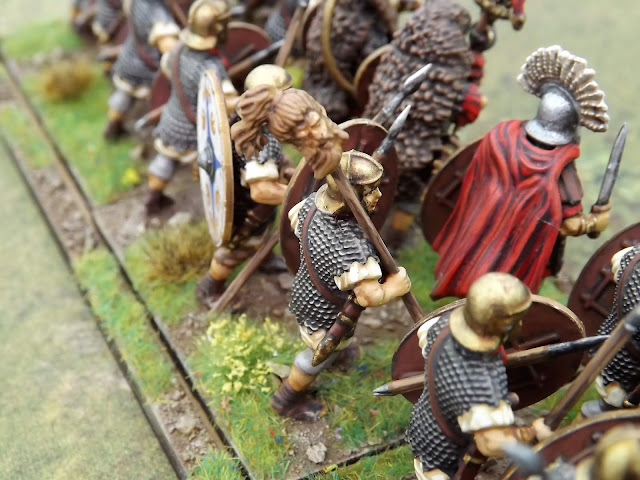 Thus I have included a few of my soldiers with heads carried or impaled on sloped spear-point to emphasise their 'barbarian' heritage as any Roman commentator would note. 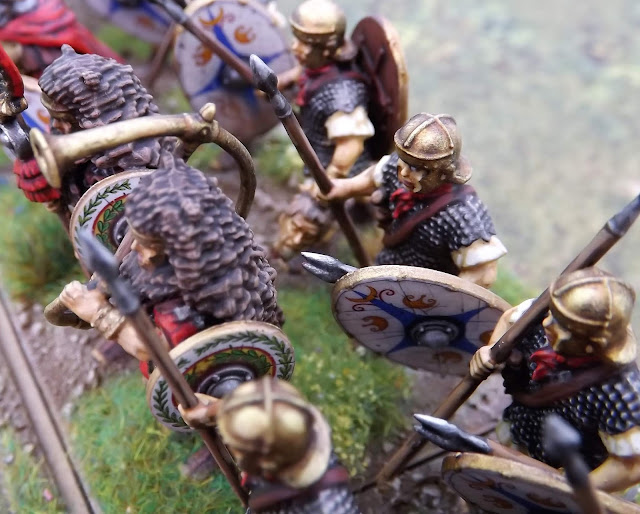 As well as a selection of trophies to adorn the unit with I was really taken with the character built into the faces of these soldiers which just seen to cry out for a bit of attention with the brush. 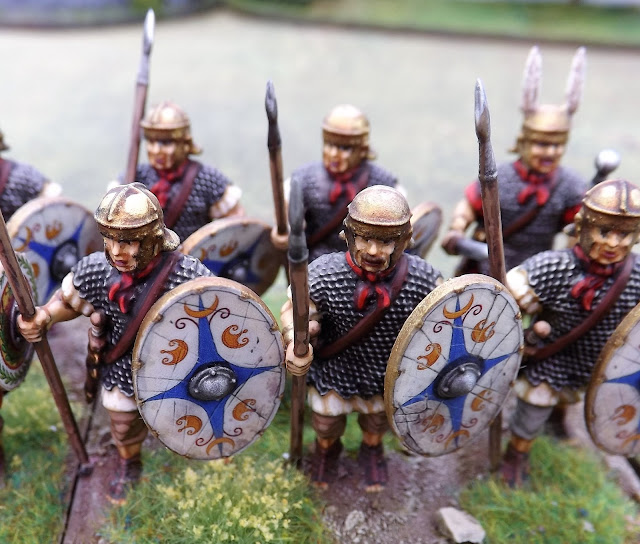 The shield decals are as usual from LBM and I have acquired a good mix of the many patterns they have available to allow easy identification when we get around to a bit of Roman vs Roman action. 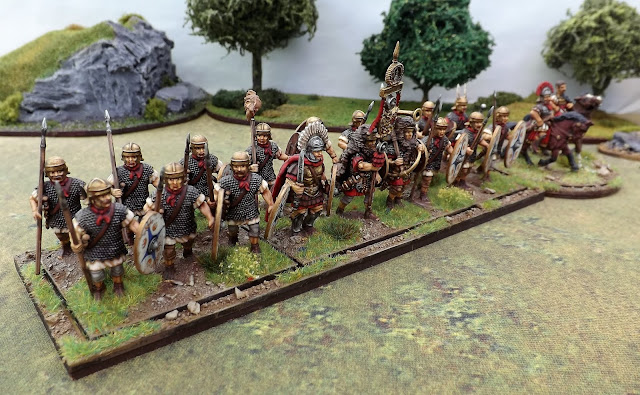 Finally the painting of this unit saw me trying out one of a few new techniques that I have been planning to use, which in this case was working with a wet palette.

I have usually mixed my paint, which in the main is Vallejo, with water in a standard dry palette covered in foil to allow the occasional clean up and replacement with a new mixing surface.

For this project I decided to put together a wet palette, for which their are numerous suggestions on how to, all over the net, simply to say mine cost me £2.75 to put together.

I have to say, this has added another level of flexibility to my painting in terms of colour mixing, not to mention the cost saving in paint in finding colours still able to be used hours after they were mixed and still giving good coverage.

Having now got familiar with this way of painting I am surprised at myself for not doing this earlier, but I do know not all painters get on with this way of working, and perhaps I saw no real need to change.

Al I can say is that I am now a convert to this way of working with my colours and I am planning to use this method in conjuction with some added 'flow enhancers' to see what additional effects can be gained. 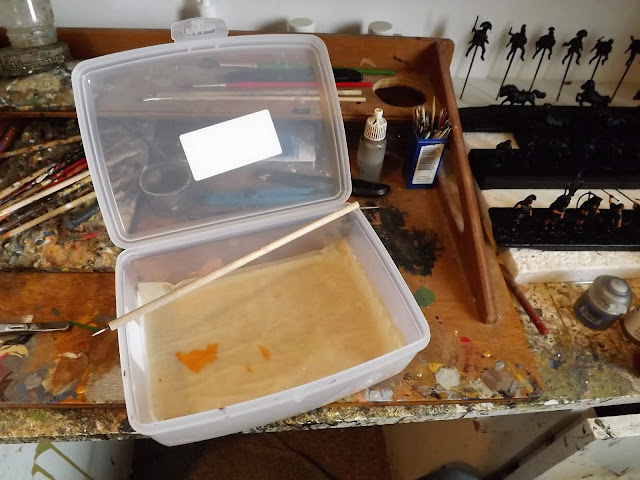 Finally, a big congratulations to my son Will and his friends who completed the Three Peaks Challenge this weekend which, with a traffic hold up on the Sunday travelling to Mount Snowden, meant that they had to run up stretches of the last peak to complete the twenty-four hour target with just over a minute to spare. 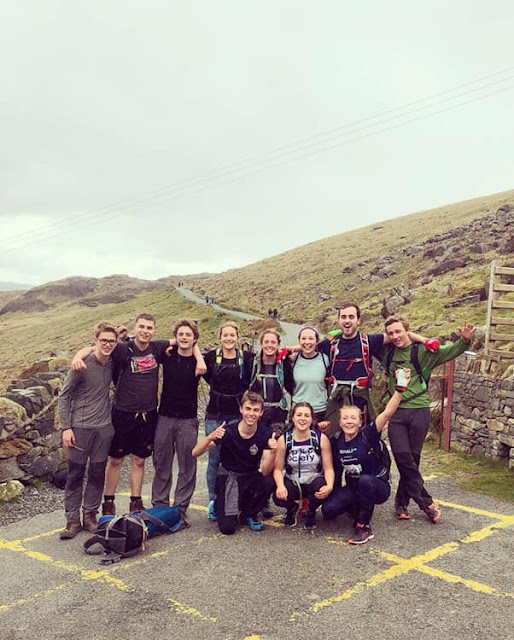 Thank you to everyone who has contributed to his charity pot for Parkinson's UK and the Just Giving site remains open for those who might feel compelled to make a contribution to a very worthwhile appeal, by using the link under the banner at the top of the blog page.
Posted by carojon at 05:36