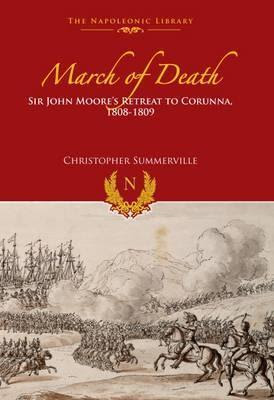 I find myself typing up this review aboard the Brittany Ferry ‘Cap Finistere’ somewhere in the Bay of
Biscay heading to Santander from Portsmouth where we set out the day before, admiring the new
British aircraft carrier, HMS Queen Elizabeth, as we left harbour.

Carolyn, like Lord Nelson, is not a great sailor and, as we planned to take our car to Spain this year to
do a three week driving tour across the country, and having opted for the sea route rather than
driving across France to the Spanish border, we decided to pay extra and have our own en-suite cabin
at the front of the ship complete with a very comfortable lounge area where I find myself typing up
this post looking out to sea.

We will be landing later today and driving to Gijon for an overnight stop before pressing on to
Corunna and the start of our route retracing the retreat of Sir John Moore and his army during the
winter of 1808-09 pursued first by Napoleon and later by Marshals Soult and Ney over the Galician
mountains.

Thus, with this first part of our tour taking in major Peninsular War battle sites as we head south
across the Iberian Peninsula, I was keen to have read this title recently acquired from Pen & Sword
Books.


March of Death is one of Pen & Sword’s, Frontline Napoleonic Library Series and was first published by Greenhill Books back in 2003 and seems to me to follow very much in the theme established by
Christopher Hibbert’s earlier title ‘Corunna’ in that with the use of many first hand accounts from the
various memoirs written after the Peninsular War, the account sets out the circumstances that Sir
John found himself presented with and the decisions he made in light of them to try and make the
best of a very unfavourable situation, and with little political support from a government at home
that had significant members within it who positively detested Sir John and all he stood for in terms
of enlightened and humanitarian leadership.

The book only took me about three days of occasional reading and presents a compelling, chronological account of the Corunna campaign with plenty of those first-hand accounts that I was
seeking to help enliven my look at the same places today as I make a more leisurely journey in the
opposite direction, well clothed, fed and not having to journey on foot amid the carnage and terror
that accompanied those that made the opposite journey over two hundred years previously.

Like the author, I very much hope to spend time considering the events of this campaign before
turning my attention to the later ones of Sir John’s successor the Duke of Wellington and will try to
put the pictures I am hoping to take in greater context based on the accounts held in this book.
The Corunna campaign is one, I think, that lends itself perfectly to a skirmish rule set such as Sharp
Practice or Rebels and Patriots and this book provides much inspiration for putting together the
several hotly contested rearguard actions fought from Sahagun and Benevente to Lugo prior to the
set piece battle of Corunna itself, an action I composed a scenario for in the O’er the Hills scenario
book.


Any Napoleonic wargamer still bought into the myth that British cavalry was uncontrollable and rash
when committed to action will find many accounts in this book to discount the myth once and for all,
with Lord Paget’s Hussar brigades trouncing the pursuing veteran French cavalry again and again, in actions at Sahagun and Mayorga, not to mention severely embarrassing the Chasseur of the Imperial Guard with their drubbing at Benavente and the capture of their General, Lefebvre Desnouettes – surely a case for rating the Chasseurs of the Guard as rash or simply regarding such actions as the occasional error of war that all excellent military units are guilty of occasionally.

The descriptions of the battle of Corunna itself were excellent, particularly those of Major Charles
Napier commanding the 50th Foot above the village of Elvina as the French charged into the village to be met by the 50th in fierce hand to hand and bayonet to bayonet fighting.


Finally the descriptions of the death of Sir John Moore and his burial, attended by his closest
companions throughout the campaign, in the dark hours before the British retreat were very vivid
and moving and seemed a moment of conclusion to the misery and suffering of the soldiers and the
innocents who died throughout the days leading up to and during the battle.


As with most accounts of the Corunna campaign the maps are sparse and cover the essentials,
namely the retreat route, a map of Spain and Portugal and the Battle of Corunna. Against those I
have only found in other sources a hastily drawn map of the reargaurd action at Cacabellos but will
be relying on the written accounts in this book to try and work out the other actions described
during my visit.

The book is laid out as follows:
List of Maps
List of Illustrations
Introduction
Prologue
1. No Such Command Since Marlborough
2. The Bubble Bursts
3. The Race for Benavente
4. Vivan Los Ingleses!
5. Abandoned by Everything Spanish
6. Every Man for Himself and God for us All!
7. Bayonets Crossed and Blood Profusely Drawn
8. The March of Death
9. The Stragglers’ Battle
10. Thank God! We are now Safe!
11. A Killing Day
12. I Hope My Country will Do Me Justice
Epilogue
Appendices

One slight critic of this book particularly based on wanting to use it as an adjunct to my tour of the Corunna retreat route and the battles along it, is the lack of place names referenced in the index, a noticeable absence when looking to match up personal accounts with places visited.

Other than that, the book makes a first class read and I will no doubt be quoting some of those references when I get around to post some pictures of our tour

The book is composed of 240 pages cover to cover with three maps and twenty-five black and white
pictures at its centre.