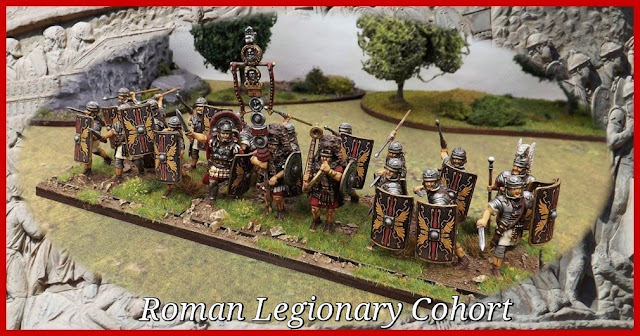 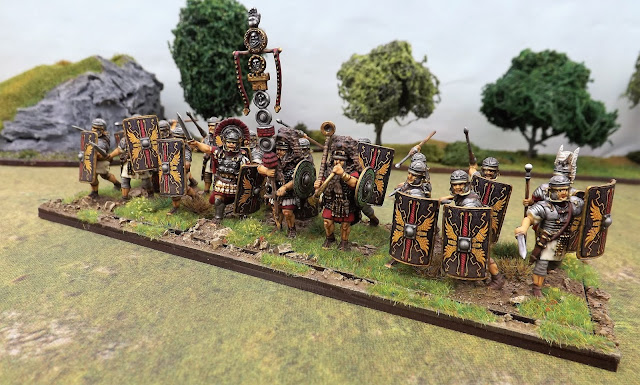 In addition my three base cohorts allow the flexibility to combine another three bases of legionaries with them to represent a double strength first cohort with which I plan to attach the eagle bearer and primus pilus, with all the added punch and raised morale that such an option would imply. 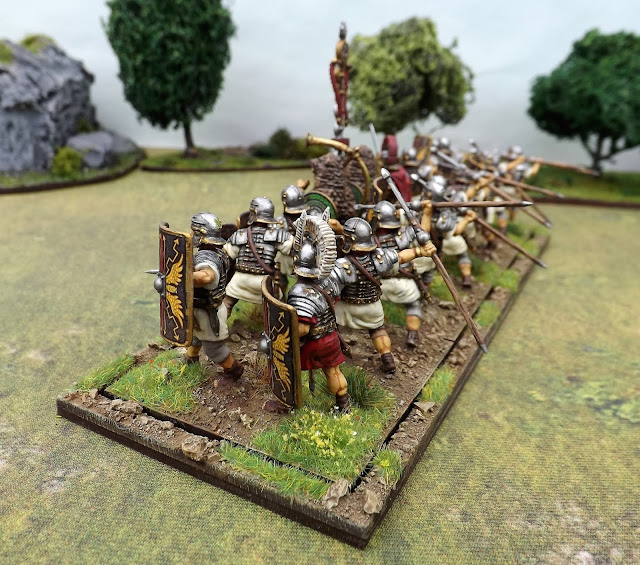 Alongside my seven legionary cohorts will be five auxiliary cohorts to complete my eventual legion, with the plan to build two such legions for civil war match ups. 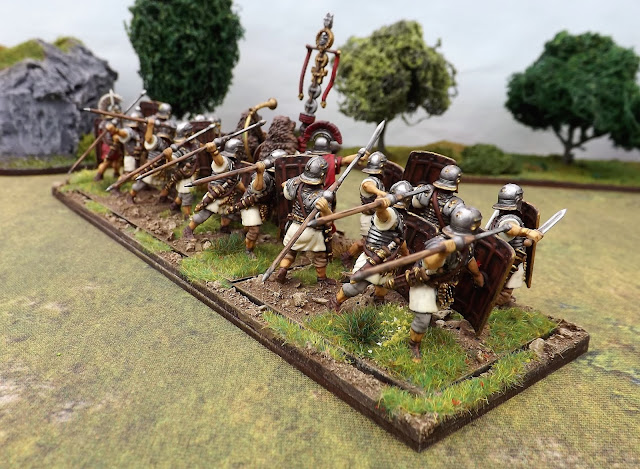 The Victrix legionaries come with loads of options to create a really dynamic looking cohort and with a change of shield and additional helmet plumes can be transitioned into a Praetorian cohort, one of which I will be adding to my forces in the second half of this year. 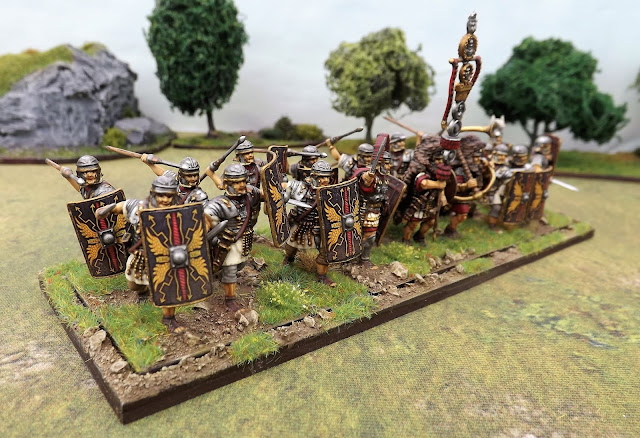 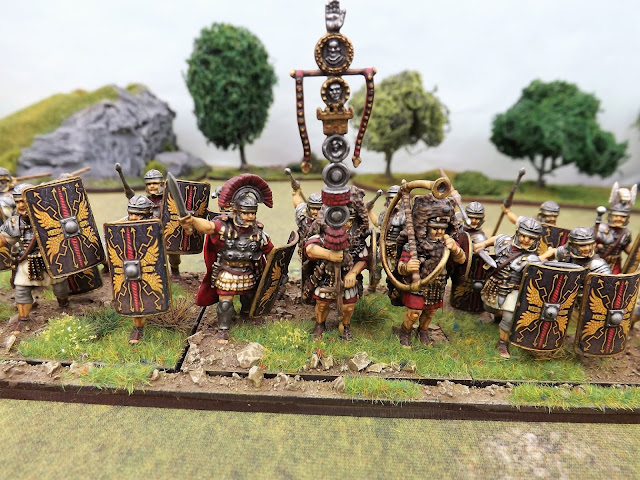 The final touch when putting these units together is the addition of LBM shield decals which have revolutionised the way we model ancient and medieval collections and like adding colours to horse and musket units really helps to bring the whole look together. 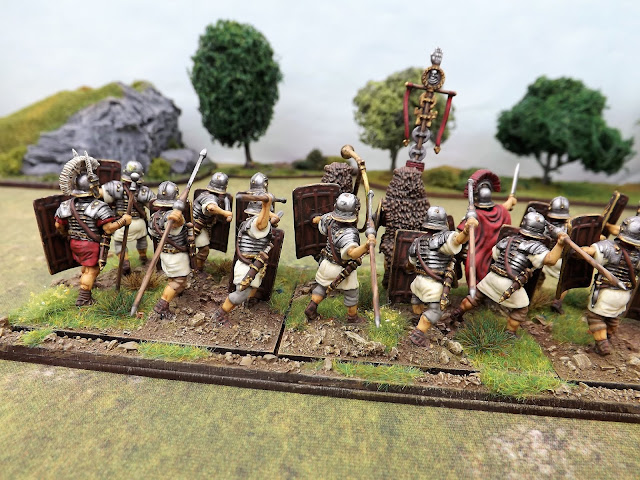 The theme now moves distinctly Peninsular War Napoleonic, with the first part of our tour underway with the Corunna Retreat, Salamanca and Ciudad Rodrigo visited, so I will be aiming to get some posts up in between the driving.