All at Sea - Enemy in Sight! 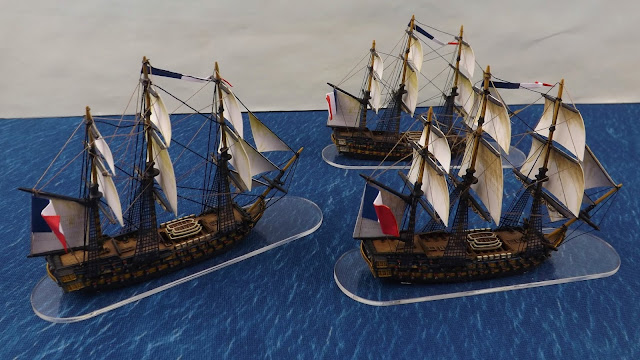 The age of sail collection of 1:700th ships has grown by three more models with the addition of three French 74's soon to be joined with some brigs and a frigate. 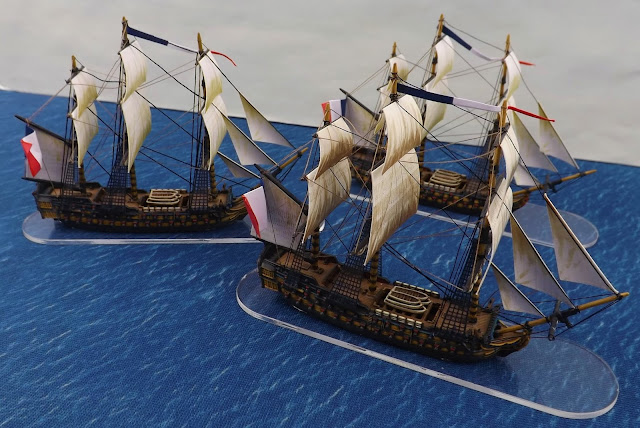 These are three of the generic plastic 74s as shown previously done out in Royal Navy colours, with these ones all ready to get stuck in for the Emperor.. 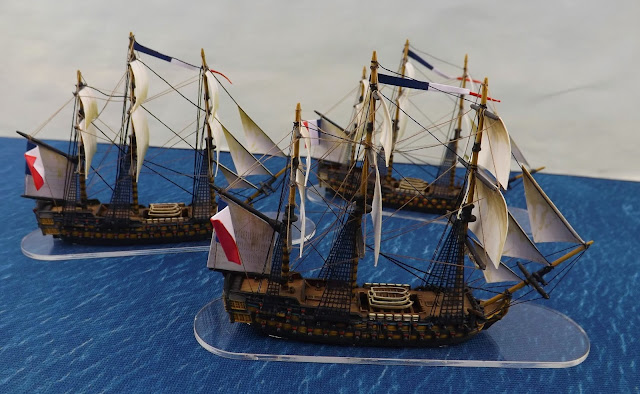 I think a few of these on the table with a few first and second rates mixed in will look really good. 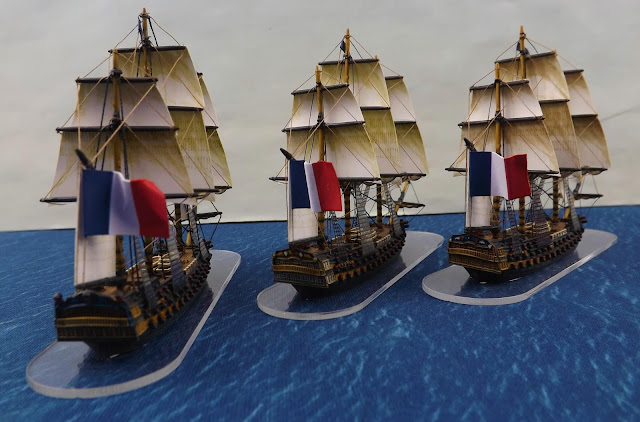 One slight adaptation I have made with these French third rates is to use the thicker thread for the lower stays on the main mast and using the thinner black thread supplied by Warlord for the rest.

I quite like the effect so will use that in future and use the thinner thread for all the stays on the brigs. 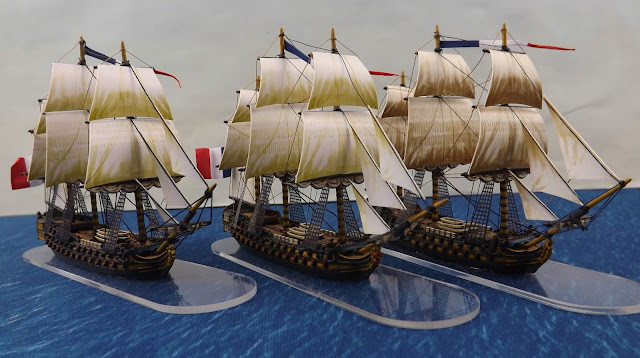 Finally, I mentioned producing some gunflash markers, which are made following the tutorial from the chaps at Little Wars TV that featured in their Trafalgar game.

I really liked the effect so will be linking up some more LEDs and battery holders over the Xmas break!


And here is the link to the Little Wars Tutorial should you feel so inclined to make some of these yourself.


Finally I have obviously been good this year as Santa brought me some very nice presents to compliment my new project with a fine selection of new books to add to the library together with some important reinforcements, so I have lots of great reading and modelling to do in the next few months. 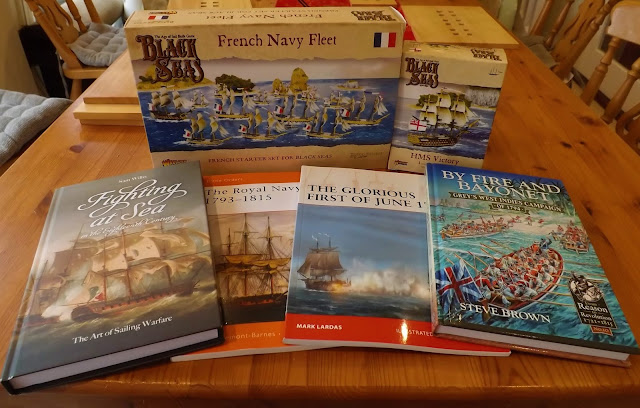 I have just started delving into the 'Fighting at Sea in the Eighteenth Century' by Sam Willis, although much of the content seems equally focused on the first half of the 19th century as well. I can honestly say this is proving a gripping read and I will aim to do a book review as soon as.

The wargaming fun will be continuing here on JJ's over the Xmas break as I will be putting together a Romano-Dacian game tomorrow for Tom and Will with two of their friends who have never wargamed before, but are keen to have a go, so I will be doing my best to add to the next generation of wargamers.

I hope everyone is enjoying the Xmas break and thank you to those who kindly dropped a message of best wishes on the Xmas eve post.