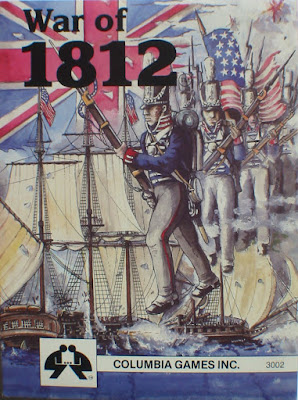 Last week and this week I highlighted the use of Vassal as a platform for hosting board games to play remotely with friends and at home for solo play. 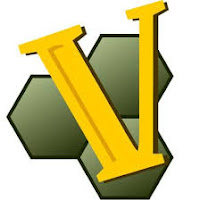 Well just to complete the post I thought I would update it with a report on how our game turned out which, having got the system understood, we breezed through this week, playing out 1813 and 1814 to leave the map looking as you can see it below.

The game was in an interesting position at the end of last week and the close of 1812, with the Americans having lost Detroit in the last couple of months of the year and releasing Brants Indians on to the western frontier.

However the Americans had control of Lakes Erie and Champlain and had repulsed a British offensive at Buffalo leaving everything to play for in 1813.

The game proved really interesting with both of us launching limited offensives in 1813 which saw the Americans managing to capture Kingston and Lacolle, but losing control of the latter towards the end of the year and suffering some winter attrition as the British pushed the Americans back towards Plattsburg, with the Erie frontier relatively quiet as both sides sought to build up naval strength.

The final year, 1814 saw the war and the battles generated really get going as both sides pushed for the win with Steve launching his Peninsular veterans off along the St Lawrence but splitting his effort towards Plattsburg and Kingston, not before both were rapidly reinforced by US cavalry, artillery and regulars.

As this was happening the Americans took control of Lake Ontario in a naval battle but lost control of Champlain, just as a strong force of US regulars marched up from Pittsburgh to take Detroit and Amherstburg, completely destroying the British army on that end of the frontier, Battle of Thames fashion and forcing the British fleet out on the lake where it was beaten by the awaiting US navy.

Then Steve launched the British offensive first against Plattsburg, that saw the American army destroyed but with a shattered British army left to occupy Albany. In compensation the other British thrust towards Kingston and Sacket's Harbour was comprehensively beaten back on both attacks leaving the game drawn at the end on 18 victory points apiece.


When we chatted through what had been a really great game and both of us finding the Vassal platform working really well we looked at the final map that showed all the British blocks down to one point per block underlying how bloody that final year of campaigning had been.


Also how the Americans (me) had been so focused on not losing on the eastern frontier around Champlain and Kingston that I missed the opportunity to counterattack the weak British forces holding the road to Montreal and the 4 victory points plus the likely two British blocks knocked off on the way, providing another 2 victory points, not enough to clinch the win but leaving the US about 4 points short.

A really good game and thanks to Steve for his play which a made for a very fun evening of lock-down as we did our small bit in the fight against Chinese Bat Flu. We're now looking forward to trying out Vassal to play one of our favourite games by far, Break out Normandy which we will start next week.

If you haven't used Vassal yet, I can really recommend giving it a go.
Posted by carojon at 14:02