All at Sea - On the Stocks in JJ's Dockyard, Spanish Builds Part Seven

The Spanish frigate Diana was launched on the 10th March 1792 in Port Mahon, Minorca and was one of a series of frigates known as the Mahonesas Class, named in recognition of the the shipyard responsible for their construction. 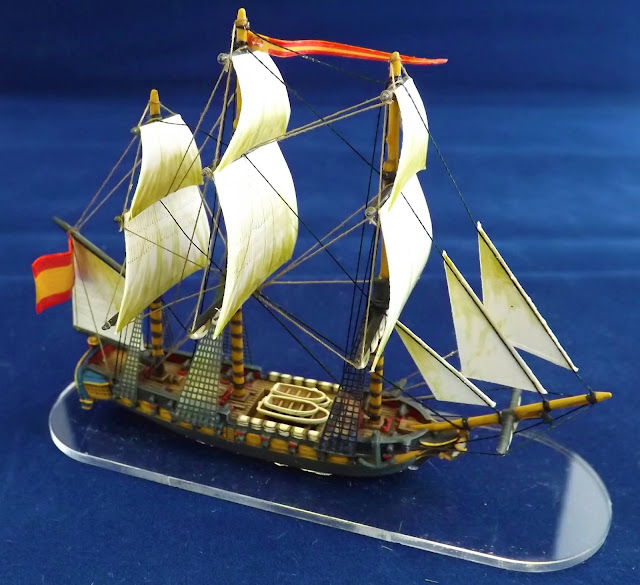 The Diana gained a reputation in the Spanish navy as the fastest sailing Mahonessa class frigate and would spend her career operating with the Mediterranean fleet, convoying Spanish troops and performing other escort duties. 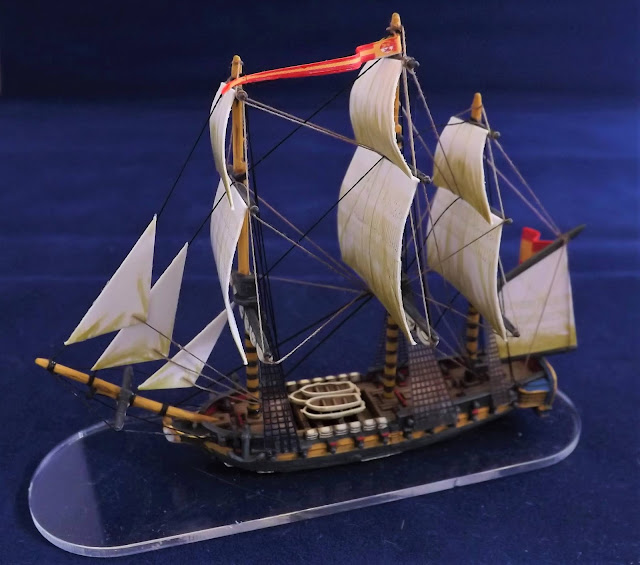 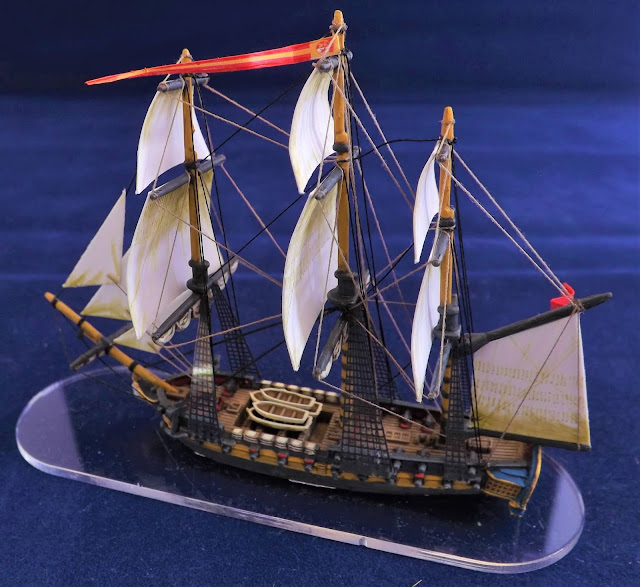 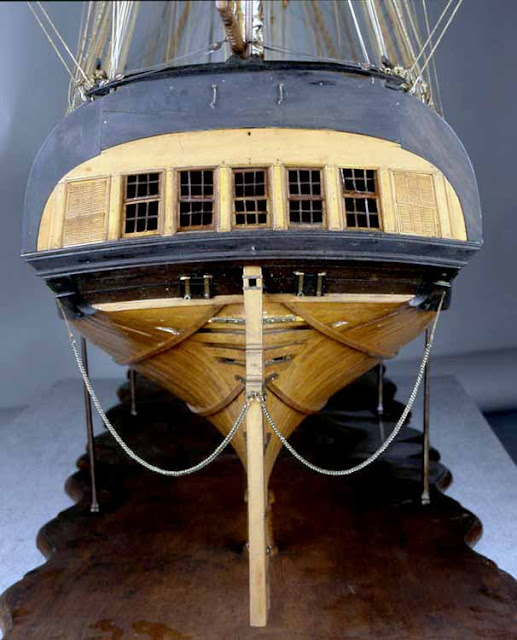 When Spain allied with France in 1796 Diana would see action at the Battle of Cape St Vincent under the command of Juan Jose Varela but as with the other four frigates attached to the Spanish fleet avoided any casualties. 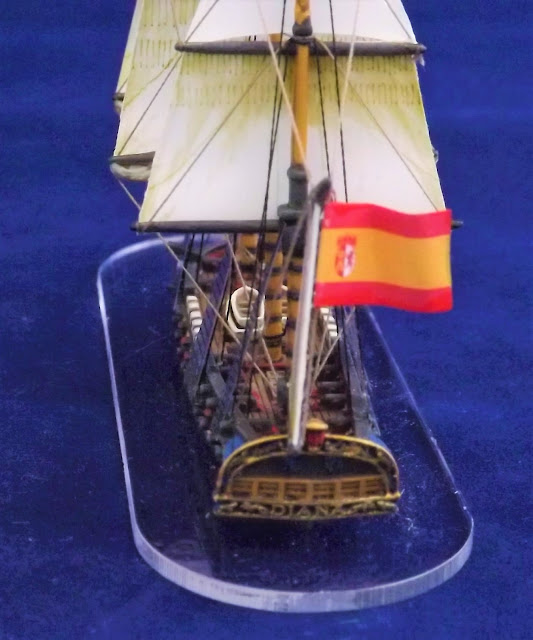 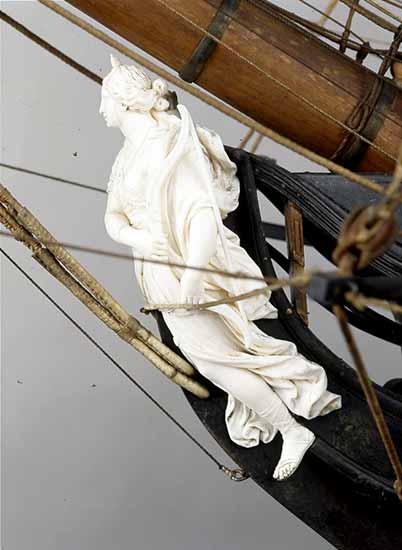 The Diana was a 34-gun 12-pdr frigate which formed the core of the Spanish frigate force in the French Revolutionary and Napoleonic Wars, being somewhat under armed compared to the bigger 18-pdr frigates of the British and French navies. 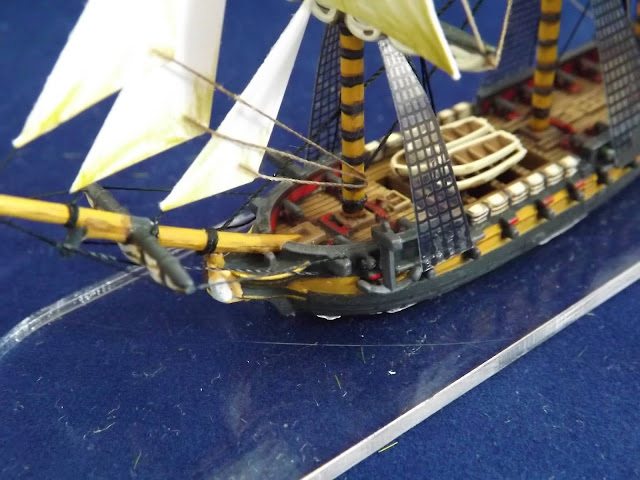 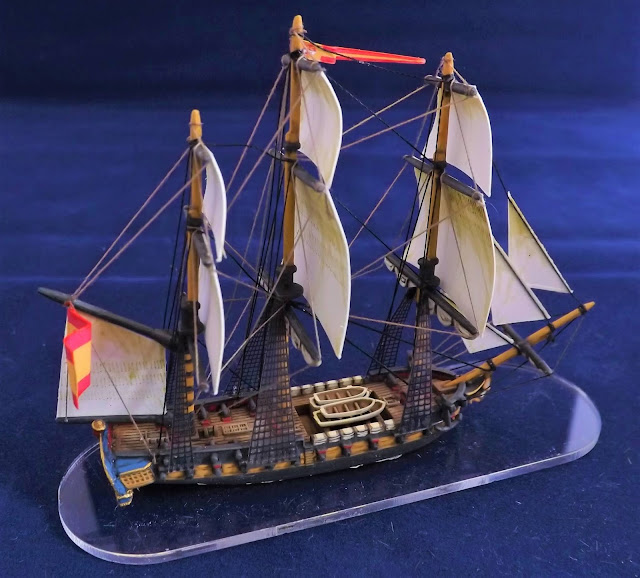 The typical armament for the Mahonesas class 34-gun frigate would be 26 x 12-pounder long guns on the gun deck, 6 x 6-pdrs on the quarter deck and 2 x 6-pdrs on the forecastle.

My last Spanish frigate in this initial build will be another Mahonesas, the Ninfa. Then we are back to the big ships, namely the third rates of renown, oh and I have a couple of new corvettes to show you.