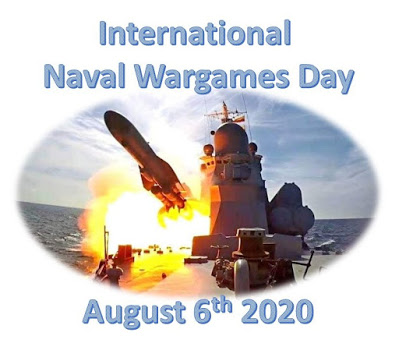 As highlighted recently on David Manley's blog post and notices to various forums, today is Fred T Jane's birthday, the father of Naval Wargaming and as good a day as any to promote naval wargaming, by playing some games.
http://dtbsam.blogspot.com/2020/06/international-naval-wargames-day-2020.html
Unfortunately I'm not in a position to present a game at the moment, but thought I might do my bit to support the profile raising of this part of our hobby by doing my fleet review that I've been threatening to do for the last few months as the 1:700th Age of Sail collection has grown.
I have mentioned a few times in other comments that 1:700th scale model ships offers the naval gamer a chance to do the Age of Sail in the 'Grand Manner' rather as 28mm does for figure gaming and with the relatively short range of black powder weaponry means you can compensate for the blue of the open table with a mass of spars and rigging to give the eye plenty to work with without having to resort to adding some land features and lighthouses, but if you do, they can only add to the spectacle.
It's only when you see the models en mass that you can start to appreciate the extra wow factor they can create for the onlooker that other naval games in smaller scales would probably struggle to match and so I thought you might like to see what I mean by a review of my British, French and Spanish squadrons, not to mention the inclusion of the representative of the fledgling United States Navy of the period.

My Royal Navy collection consists of a core of first and third rates seen above with HMS Victory flying 'England expects ...' leading the Royal Sovereign and another three decker with six third rates bringing up the rear. 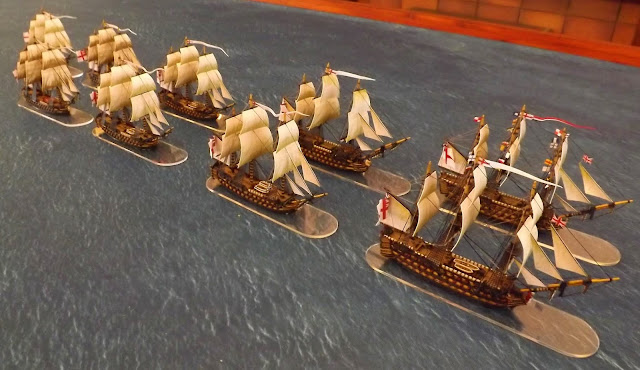 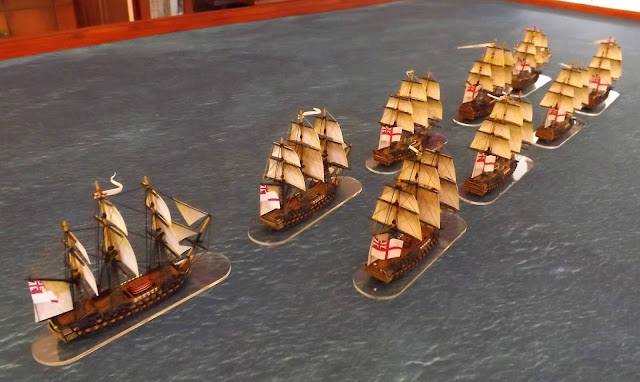 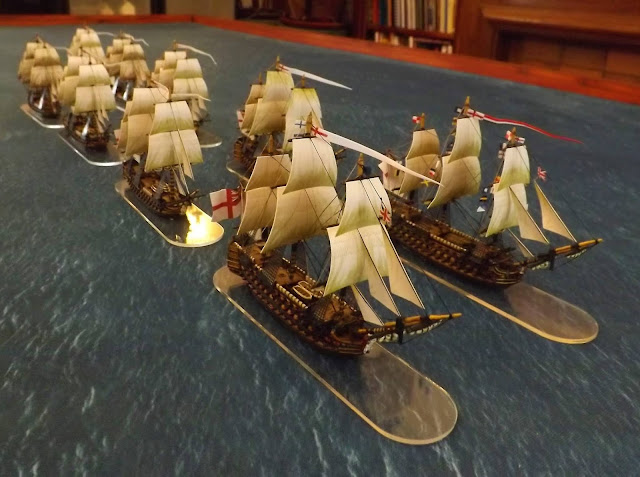 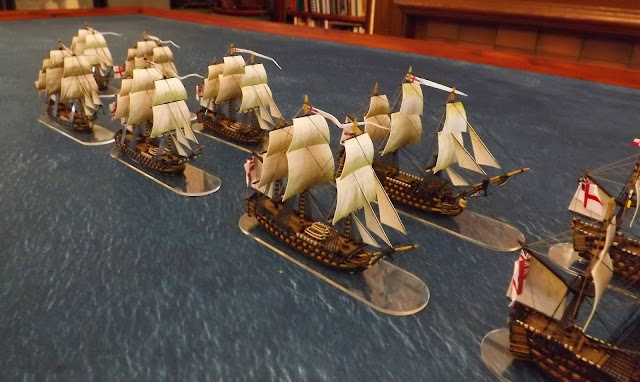 The heavy squadron is supported by a light squadron of five fifth rate frigates a sixth rate ship-sloop and six brigs. 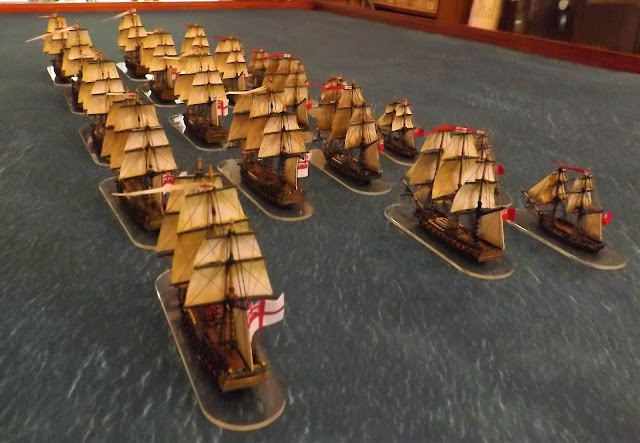 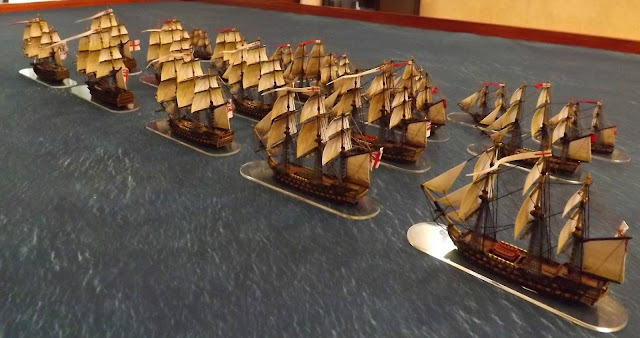 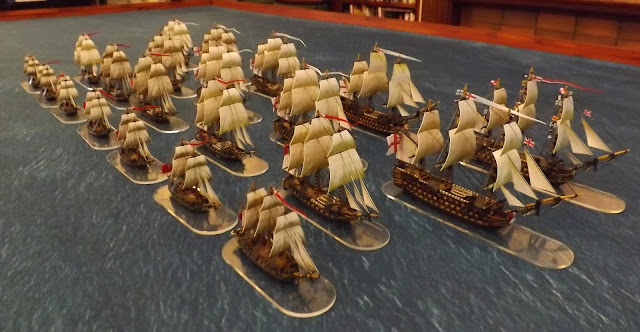 Next up we have the Marine de la Republic Francaise with their three decked first rate leading six third rates and a light squadron of four frigates, a corvette and two brigs. 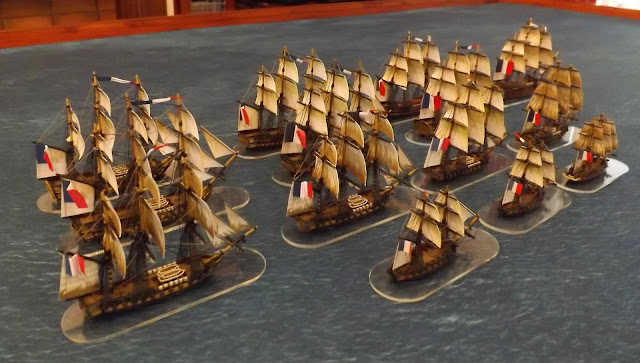 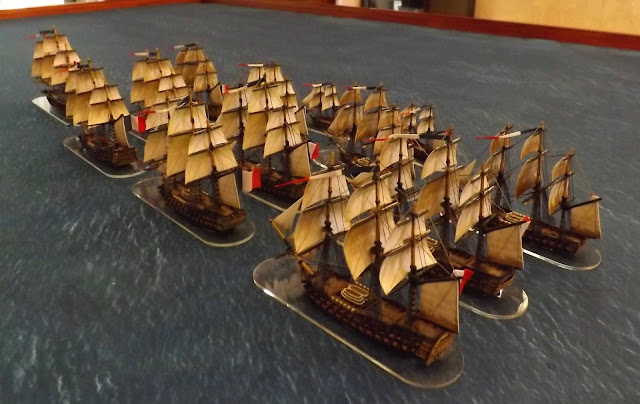 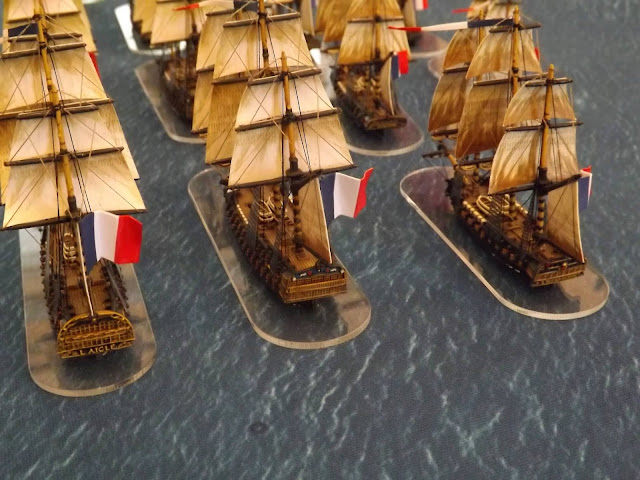 The most recent addition to the collection had been the Armada Espagnole led here by the two first rates Santisima Trinidad and Santa Anna with the three third rates and three frigates alongside a single corvette. 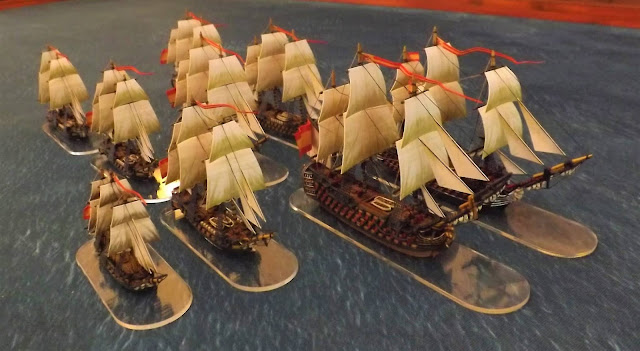 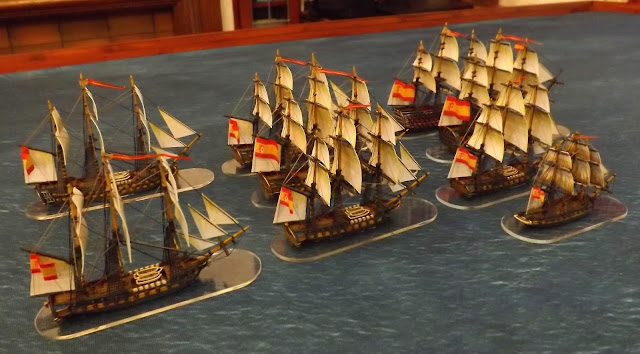 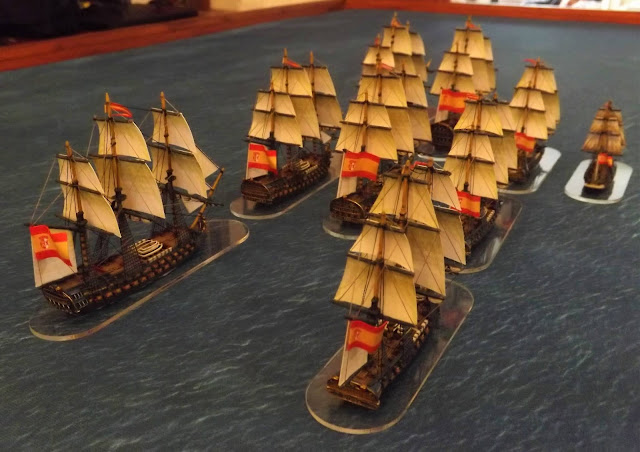 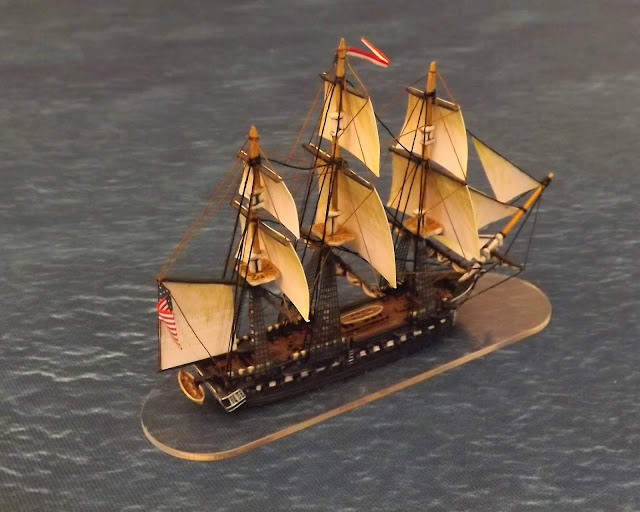 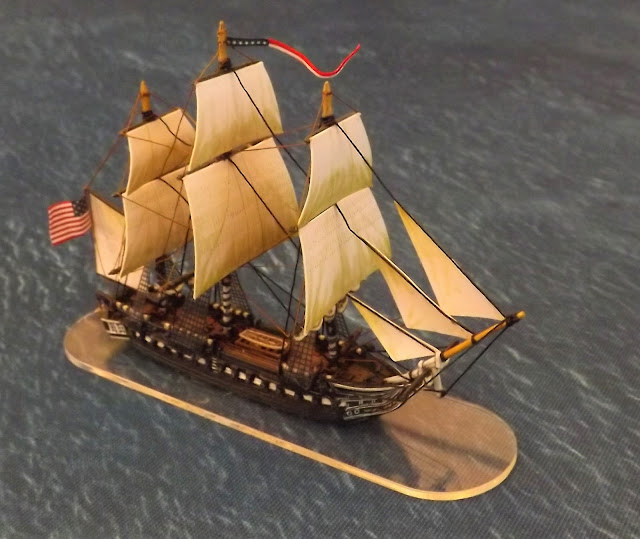 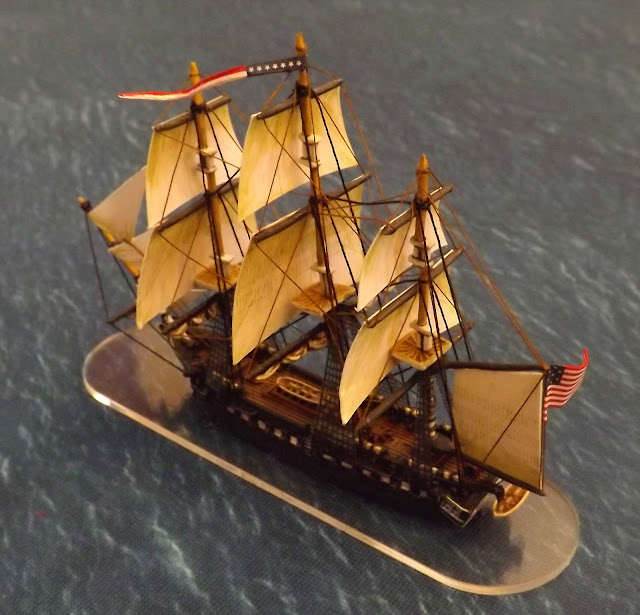 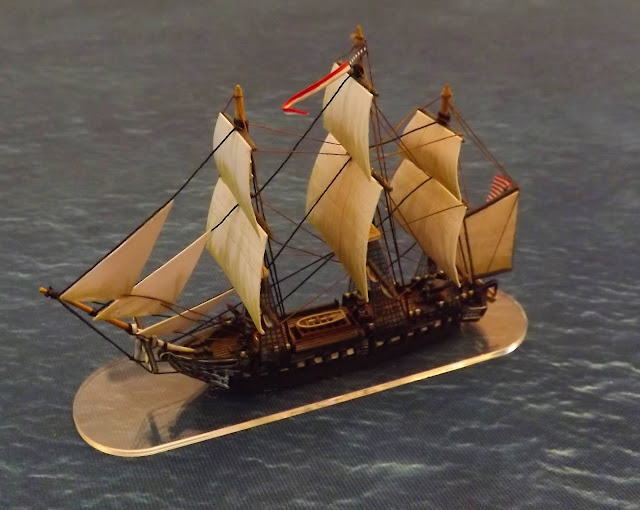 The collection was started in October 2019 and is set to be joined by another fifteen third rates, nine of which are the named options for each of the main fleets together with some additional frigates and sloops.
The build process has been a learning curve with these models and I certainly don't do things the way I did when I started and it all gets quicker and more effective the more you do.
Anyway with this growing collection I  have some large games planned for when things return to normal and we can start to gather around the table again, but in the meantime its fun watching the various fleets grow.
Finally as a slight side bar to this current project, I am enjoying researching the tactical ideas that flourished in this period, particularly among the senior officers of the Royal Navy who were grappling with the problem of how to force an enemy fleet lying upwind to accept action.
This perennial tactical problem would draw a distinct line between the Royal Navy, the principle force of an island nation, Great Britain, with vital interests in dominating the oceans and protecting her trade routes, and colonies, driving a policy of seeking and destroying enemy vessels as the principle aim of her fleets and admirals to those of the navies of the continental powers, principally France and Spain, which were much more mission driven in terms of supporting troop movements and invasions or protecting vital convoys, which might be readily achieved by avoiding combat
The inconclusive engagements that came to characterise many of the fleet engagements of the 18th century which perhaps reached its zenith with the loss of the American colonies and the stalemate action fought off the Chesapeake caused a radical rethink of naval tactics in British circles and saw these ideas first captured in an amazing book by the laird of a Scottish estate, John Clerk of Elgin.
An enthusiastic amateur, he captured the key details in his analysis of the actions in the American War of Independence and published his conclusions in his Treatise on Naval Tactics which among other things promoted the need for a more radical approach to forcing battle, most notably the idea of breaking the enemy line of battle to engage on the leeward side, preventing damaged enemy ships from simply breaking off by falling away to windward.
Perhaps the most influential endorsement of Clerk's work came from no less a person than Admiral Lord Rodney, who suffered much from inconclusive actions off Martinique, but was much heralded for his later victory at the Battle of the Saintes by breaking the French line as described.
Thanks to the marvels of the internet, Clerk's pivotal work is available for other naval tactical amateurs to read today, and if you find this kind of reading useful in informing your hobby as much as I do then you might like to get a copy to study at the link below, which you can read online or download a pdf copy for later reference.
https://archive.org/details/anessayonnavalt00clergoog
Happy International Naval Wargames Day.
Next up more exploration of neolithic.bronze-age Dartmoor, our final play through of Washington's War on Vassal, Spanish frigates and a couple of corvettes.
Posted by carojon at 01:38