All at Sea - Conversion Work Part One, Gunboats and Brigs 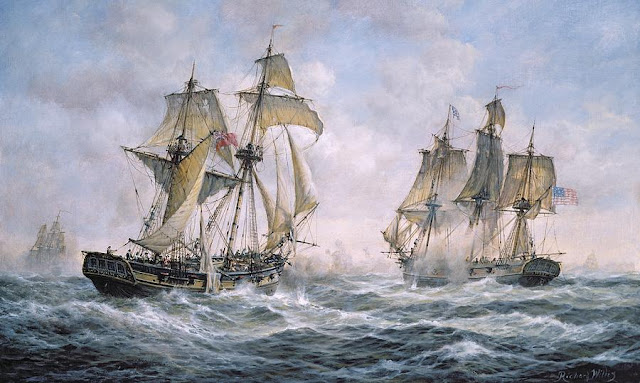 It was back in September that I published a couple of posts looking at some conversion work I was starting, prior to looking at the Third Rates of Renown series, which looked to remedy some of the gaps and issues in the range of models offered by the Warlord Games 1:700th collection of ships
https://jjwargames.blogspot.com/2020/09/all-at-sea-gunboat-war.html
https://jjwargames.blogspot.com/2020/09/all-at-sea-sloops-and-more-scratch.html
The fundamental gaps being a lack of a ship-rigged sloop/corvette of 20 to 22 guns, a large and small third rate in the range of 80 to 64 guns, and how to make best use of the left over hulls from the sloop conversions and what to do about the clunky sea bases that the gunboat flotillas are modelled on. 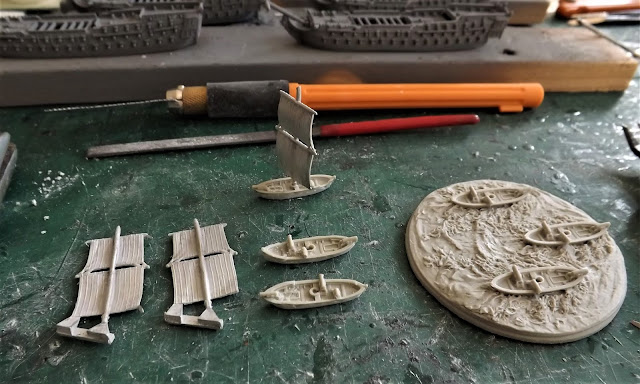 Encouraged by how relatively straight forward it is to convert these models having built the sloops, I moved swiftly on to the other types and demonstrated my ideas for putting together the required adaptations to get the models I wanted and can now show you how they look, painted and rigged. 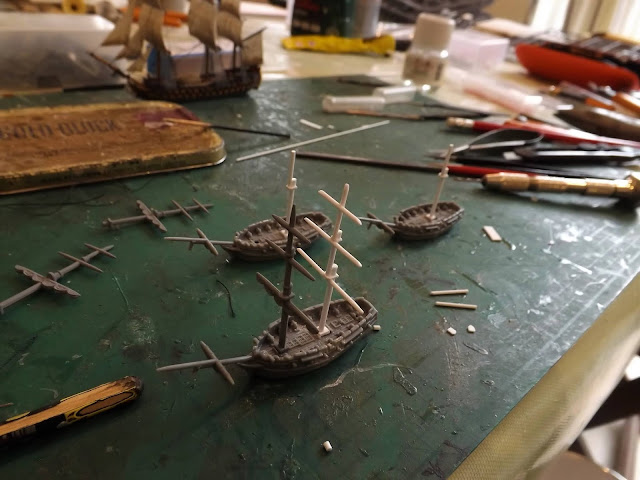 So in part one of this series looking at my conversions I thought I would start with the mosquito fleets that characterised the war of the small ships and boats close to shore and on the great lakes as 1:700th scale lends itself perfectly to these small boat actions and as well as putting together a collection to allow fleet scale battles I'm quite keen to have models to allow me to game this other side to the war at sea in the age of sail. 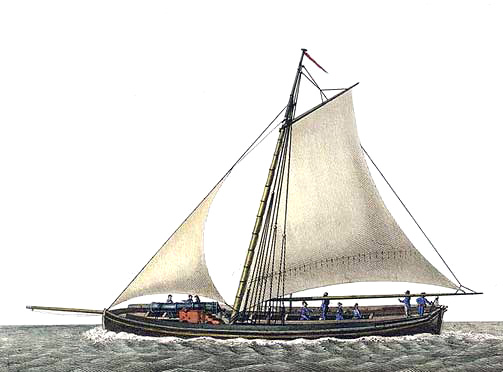 First up are the gunboats, shed of that rather clunky sea textured base and rigged up with standing and running rigging to allow for those classic gunboat encounters at the First Battle of Algeciras, off the Danish coast or on the great lakes. 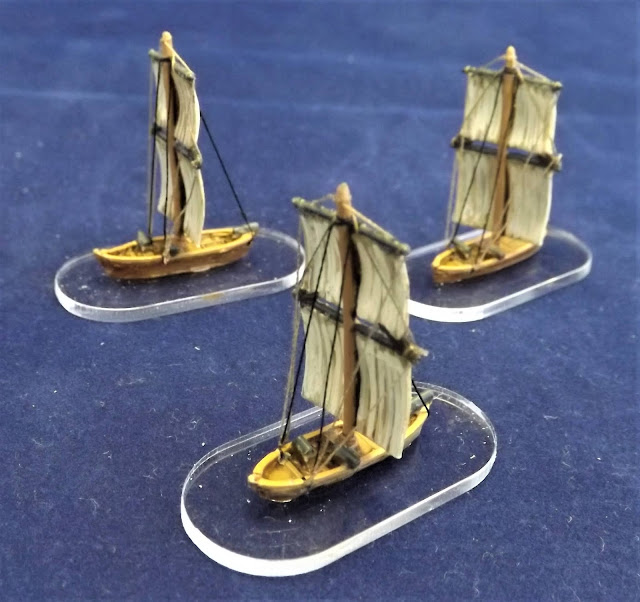 With a bit of careful drilling into the hull it is really straight forward to rig these little models and eventually I will add some of the offerings from Hagen Miniatures to add some variety to my flotilla, which you will see I have deliberately kept generic, so that I can use these models for whatever nation I choose in a particular scenario.
Having them based individually also allows me greater flexibility in small action games where a player handling multiples of these small boats can approach from different angles, particularly when a larger warship is caught fairly immobile due to light winds or if grounded. 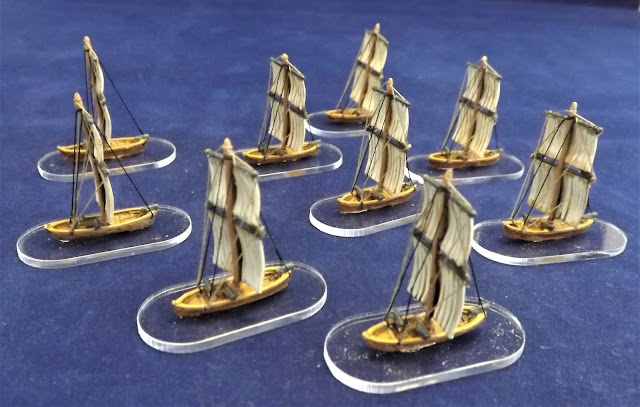 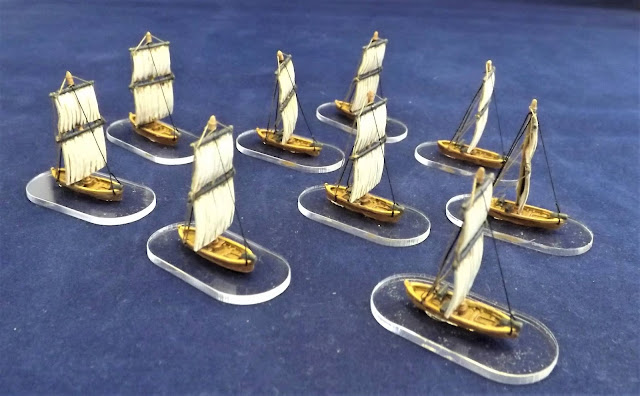 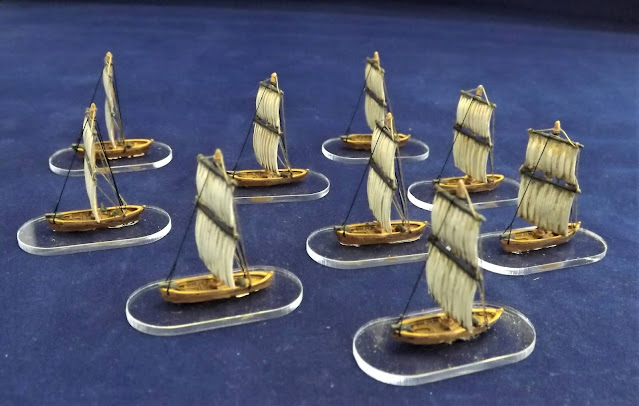 The next problem was what to do with the left over hull sections from the brigs used to produce my sloops as I am always loath to throw bits of model away. 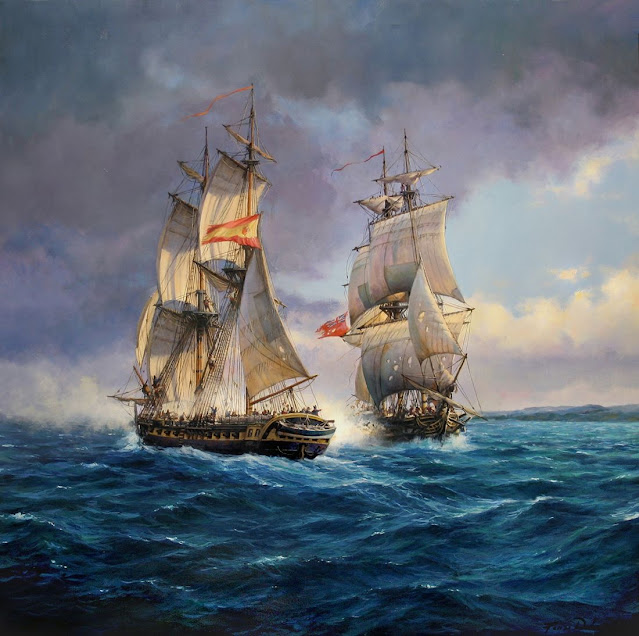 I did consider mounting a single mast to the shorter hulls my sloop conversions left me with, but the rather wide gundeck with fourteen guns seemed a bit too broad for a sleek cutter and now Warlord have come out with a purpose built cutter model, I decided to turn these into small brigs; with an idea that these will be ideal for either maritime of lake actions and with that in mind produced an American small brig to go with my two British options with a box of schooners awaiting work to add them to these together with my sloops and frigates which will also easily lend themselves for lake actions.
Ok so if you are a bit of a purist like me you could argue that those yards on the mizzen are too wide to swing around to allow a backing of sail, but I can persuade myself that there's just enough room and frankly on the table with the other models the eye is readily deceived and the variation of having a small and large brig alongside the sloop is very appealing and these smaller options could even double up as a converted merchant snow. 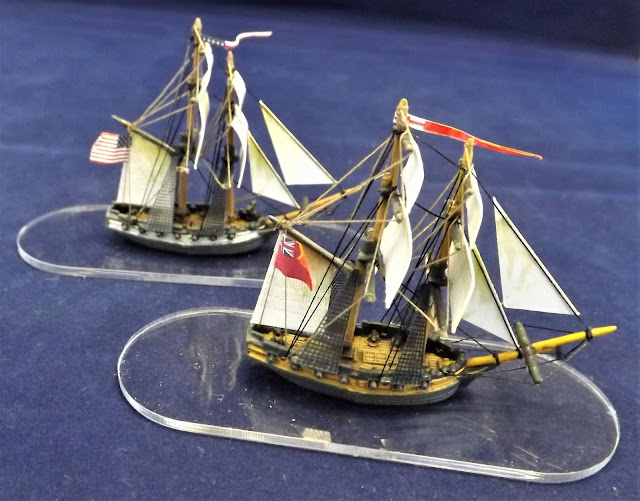 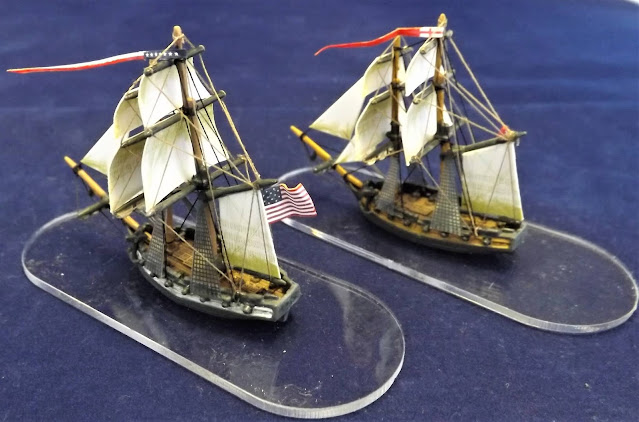 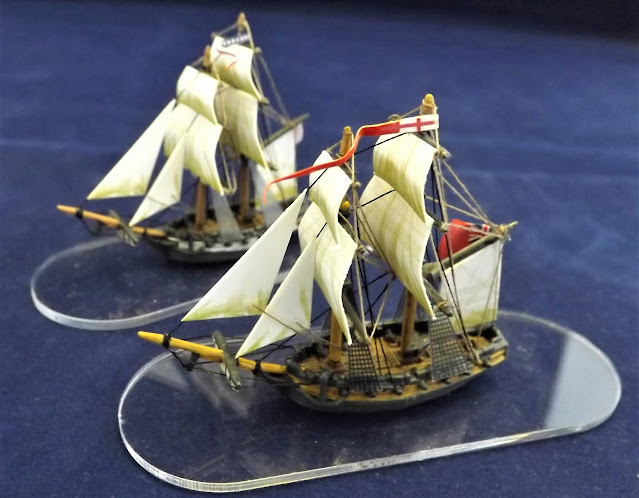 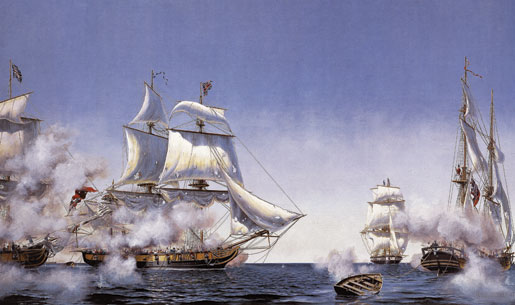 So to give you an idea about what I mean, you can see a possible great lakes line up of British ships with the small and large brig alongside the sloop and I am imagining a few schooners added in and Lake Ontario here we come!
Finally the full line up of small ships for size comparison from the frigate to the lowly gunboat. 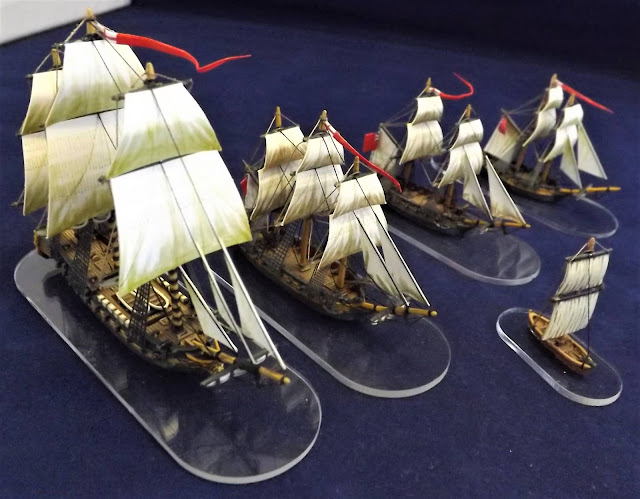 So in part two I will take a look at the third rate conversions that has added another twelve ships to the collection and further variety, starting with the 64-gun ship of the line.
In addition Steve and I had a sand swirling set to in the desert the other night as we got reacquainted with Rommel in the Desert on Vassal playing the closely matched Crusader scenario.
Posted by carojon at 00:46