All at Sea - Let's Build a Sloop, Part Two

In the first post in this series I attached a video tutorial on how exactly to go about creating a flush-deck ship-sloop from the hulls and masts of two Black Seas model brigs, see link below if you missed it previously.
All at Sea - Let's Build a Sloop
In this second post I have showcased the first three of my six conversions to illustrate how you might model them and some colour schemes recreating typical vessels here from the Royal Navy, US Navy and the French navy pre 1795.
For my British Royal Navy sloop I used the flush deck sixth rate Cyrus class sloop HMS Levant built in 1813 and captured by USS Constitution on the 20th February 1815, only to be retaken by a British squadron on the 11th of March after chasing the Constitution off Porto Praya. 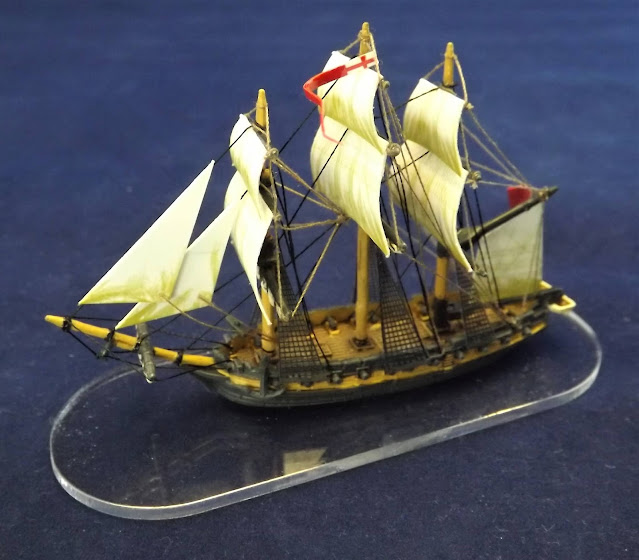 For the look of HMS Levant I decided to go with a typical yellow-ochre chequerboard scheme with similarly coloured gun carriages and bulwarks. 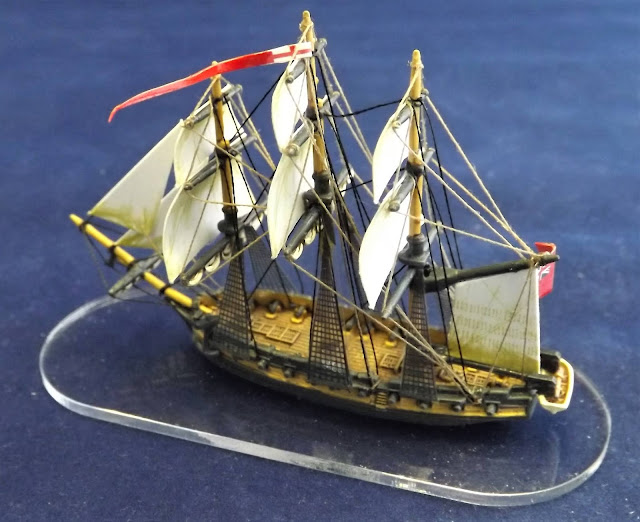 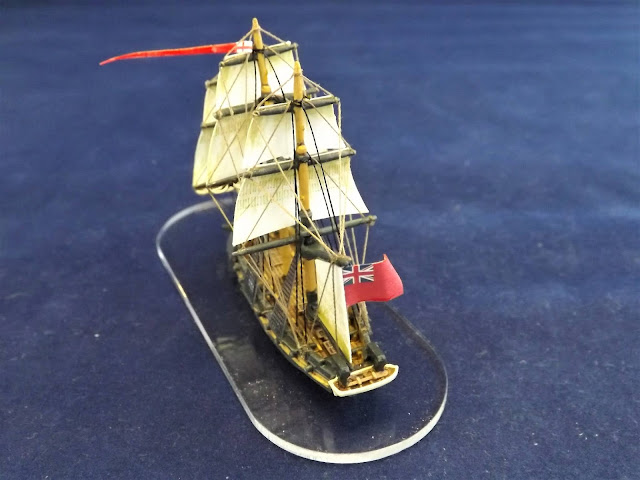 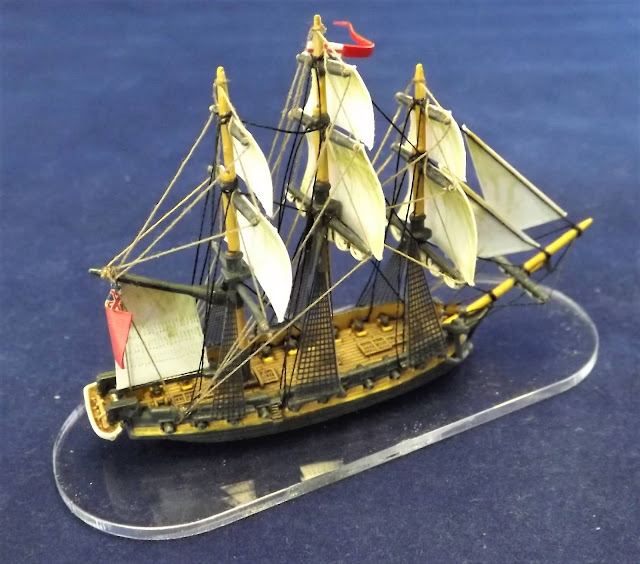 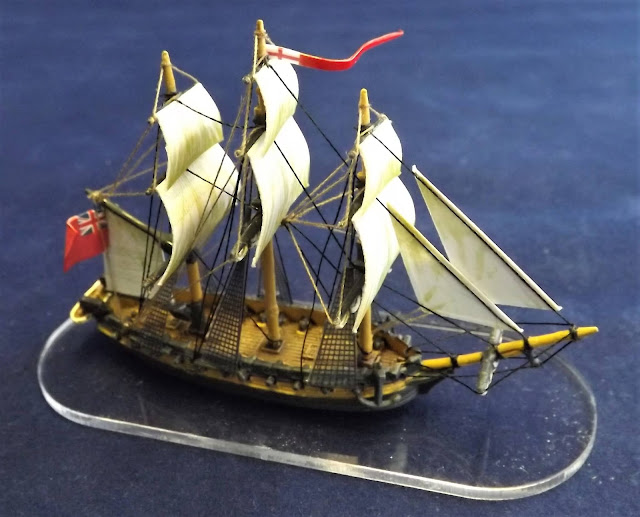 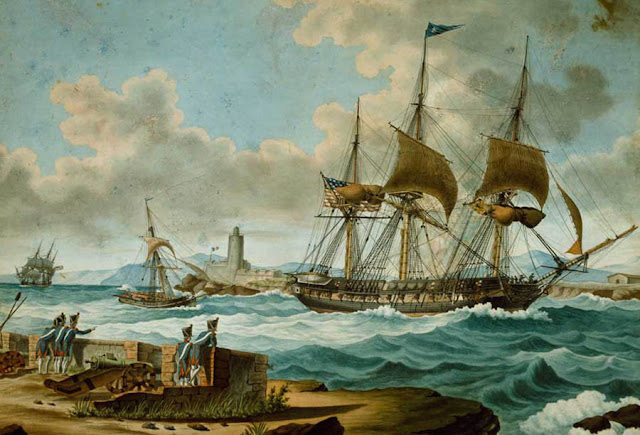 With these six builds my intention is to end up with two sloops for each of my major nations, Britain, France and Spain, and one for the Americans, Dutch and Revolutionary War French, so the next up was a suitably attired US sloop of war, loosely modelled on the 22-gun USS Wasp. 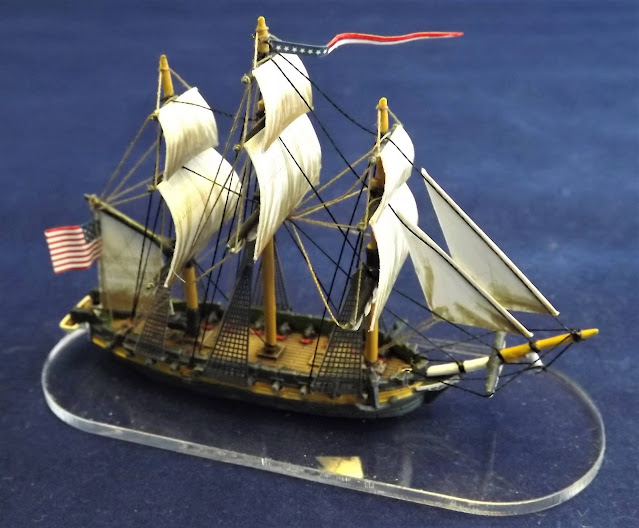 The main inspiration for this scheme came from Florian Richter’s illustration below, and I decided to give my sloop-of-war typical apple-green bulwarks and red carriages with the white work seen on the bowsprit, bow and stern quarters, but with a useful disguise of a yellow-ochre gun strake to allow her to come across as a British man-o-war when operating under false colours. 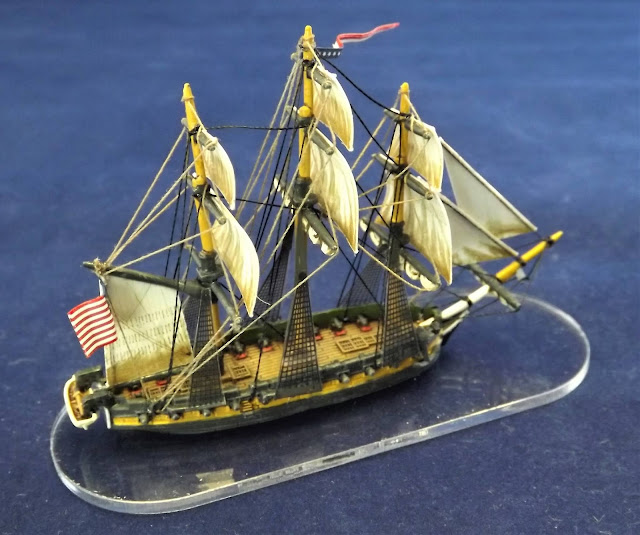 In addition my Wasp look-alike can also serve equally well as a Great Lakes vessel when my collection will allow. 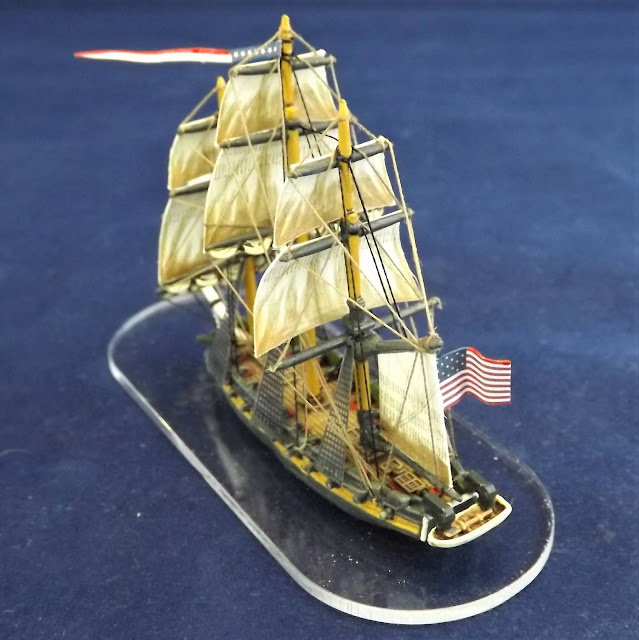 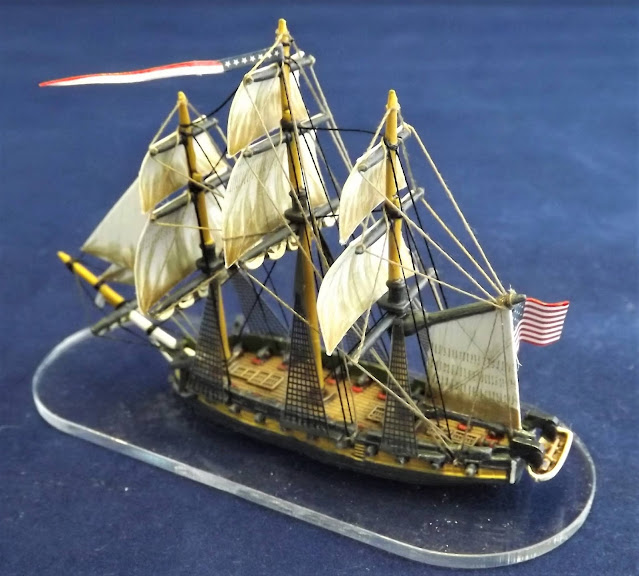 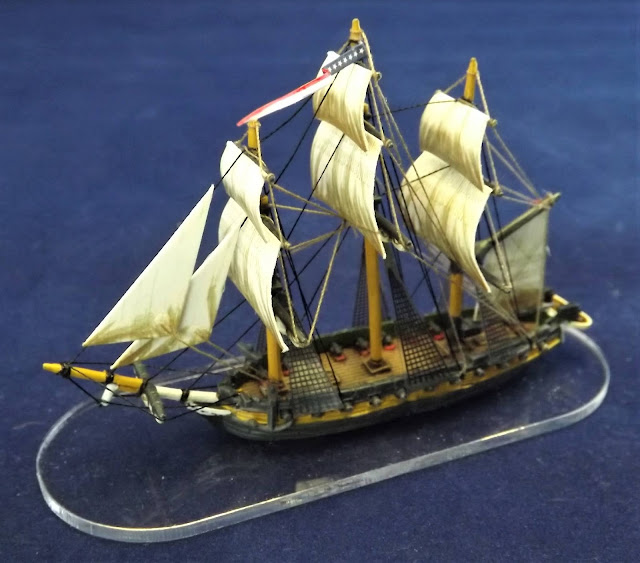 Finally my French Revolutionary squadron gets a useful reinforcement of a 20-gun corvette loosely based on the Bonne Citoyenne as seen below depicted in British service soon after her capture in the Bay of Biscay in 1796. 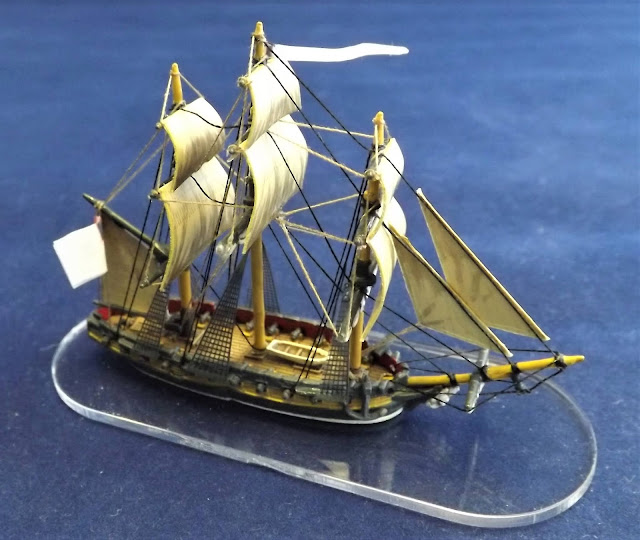 I decided to use the darker sail set typical of my merchantmen to allow this model to give the suggestion of being a typical French privateer of the period as well as a regular man-o-war. 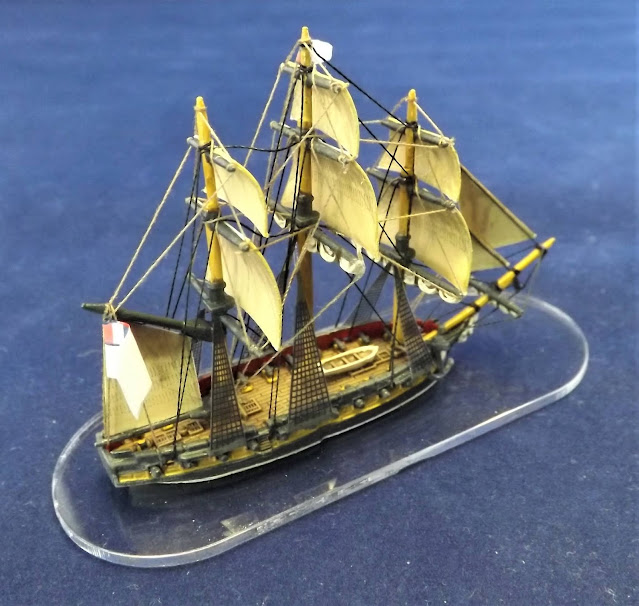 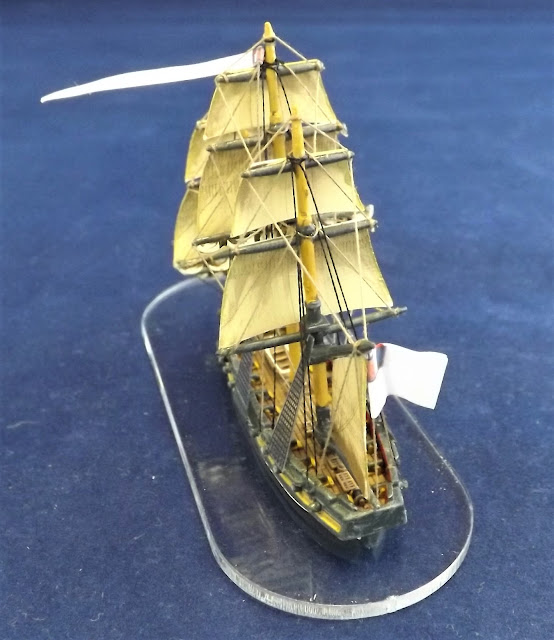 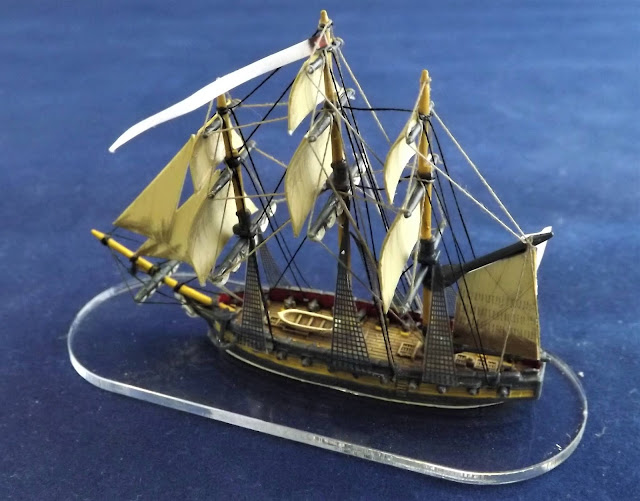 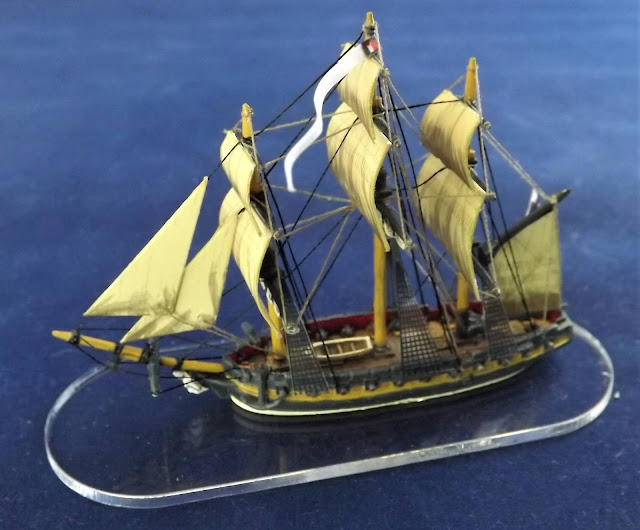 You can have a bit of fun messing around with these conversions and so, to add some more variety, I gave my Bonne Citoyenne a small figurehead left over from another model and mounted a boat amidships instead of on stern davits. 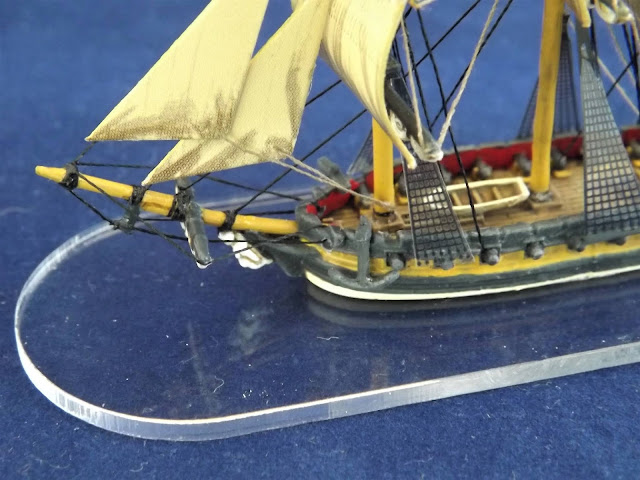 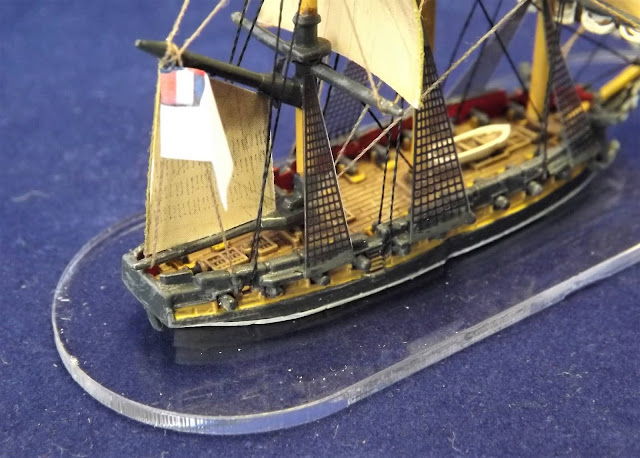 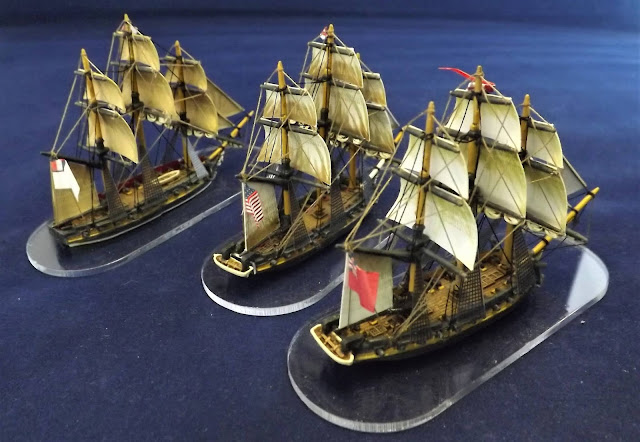