A few weeks ago, Bill Slavin sent me an email giving me the 'heads-up' on his next game in the series from O'er the Hills Scenario Book which I have been looking forward to with great anticipation following his post about how he had built his table to refight the Oporto Crossing.
This scenario playing follows the others Bill has been working through since he started his series of games with 'The Leopard's Debut, The Battle of Rolica, played back in December 2020.
I personally have really enjoyed seeing someone else translating this scenario book, designed to be played with the rule set Over the Hills, and Bill's games have brought back lots of memories of the original play tests Steve M and I did when I was working on putting the book together.
If you are new to the series of games then I have listed below the series of links here on JJ's that will take you to Bill's blog, Tiny Wars Played Indoors where you can see his AAR's for each of the games played so far. 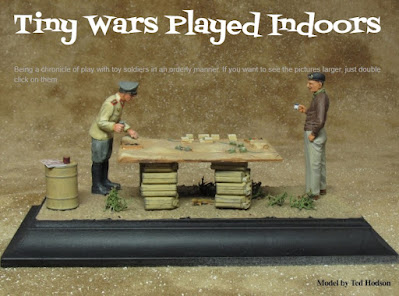 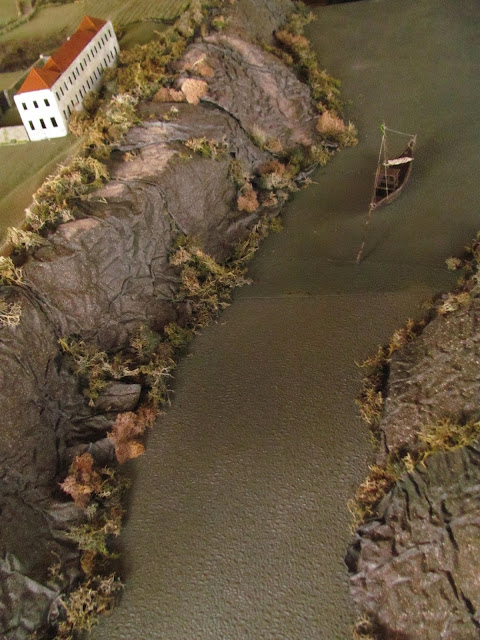 So if that little preamble hasn't wetted your appetite to see how Bill's game turned out with the troops in battle array across his table, then move on and wait for my next post about something else, but I think a few of the pictures of the game below will prod your curiosity still further.
The game was quite remarkable and one I would not have expected after playing it several times and seeing others having a go with similar outcomes. 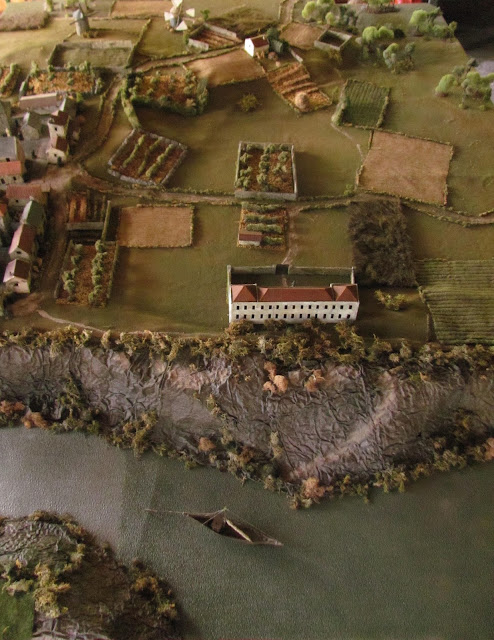 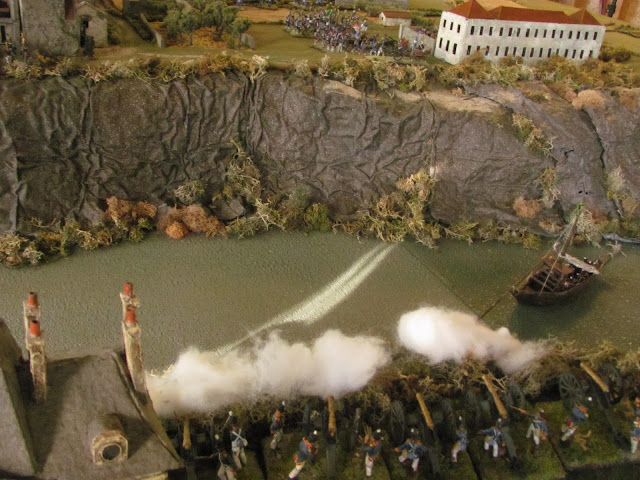 When writing a scenario based on an historical actions and constrained by certain known limitations you tend to end up working within a bell curve of outcome probabilities with the the extreme, but still possible, outcomes hopefully moved to the ends of the curve and with the more likely outcomes very much in its centre.
I think Bill's account of his game shows what happens when the game starts to explore the less likely extremes and also the historical peril that Marshal Soult and his corps faced once Wellesley had established a foot hold on the French side of the river, requiring bold and immediate response to stabilise the situation. 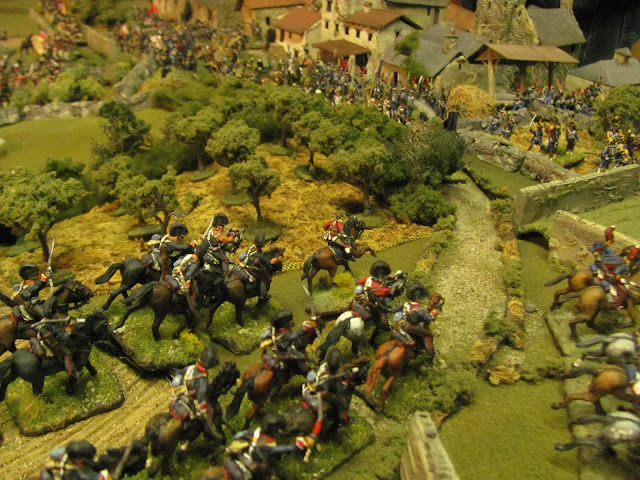 The fighting that followed in this game is a classic struggle to retain and regain initiative and made for a fascinating read.
So if you would like to know more then just follow the link below to Tiny Wars Played Indoors for the full details and more great pictures of the game as it unfolded.
Tiny Wars Played Indoors - Second Battle of Porto, 12th May 1809 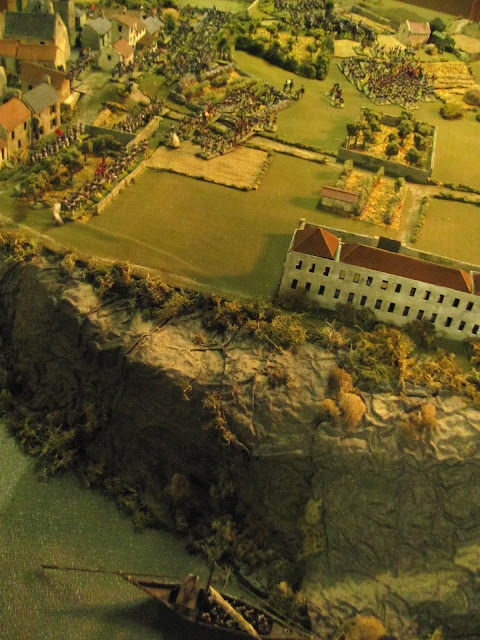 Next up: Mr Steve and I have been battlefield walking with a trip back to the early English Civil War in Cornwall and the seat of the Prayer Book Rebellion in Devon, and I have a book review.
More anon
JJ
Posted by carojon at 01:48