This week, I finally took the plunge and ordered some figures from the Blue Moon range from Old Glory UK . 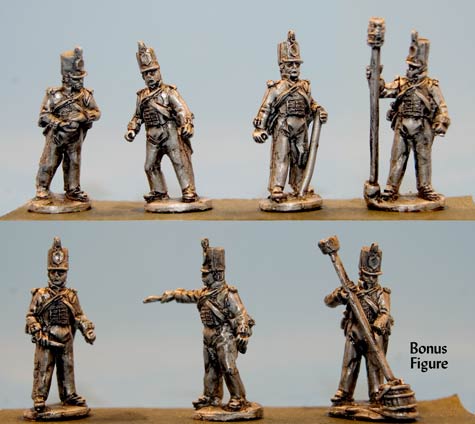 Well I was very pleased with these little chaps when opening the bag. Size for size they look very good alongside my AB, Fantassin and Campaign Game Miniatures figures and the sculpts have great clear crisp detail which will take well to painting. There was very little flash and the bases were ready to stand without cleaning up. I also availed myself of a pack of their six pounder guns that looked very nice on the Old Glory site. My AB cannon  though nicely sculpted have the overly wide axles that have been highlighted by other commentators. I am not stressed by that fact and don't feel they are hard on the eye, but I was keen to see what others had to offer and the Blue Moon models look very good on first inspection. They also have included options to field British howitzers on the common split trail or the typically British designed block trail that was a common feature of other British guns. 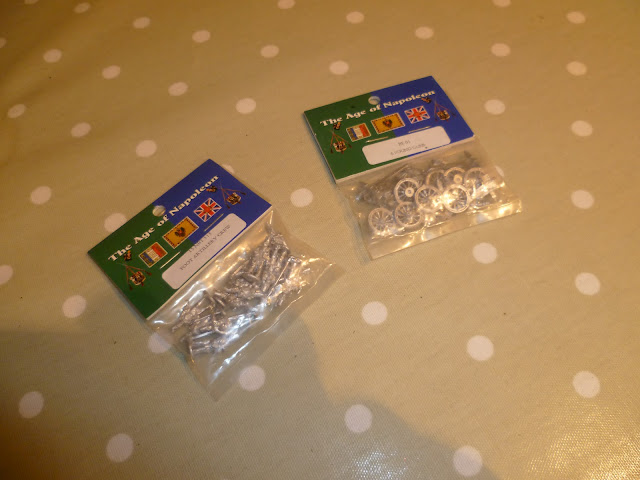 With a fast growing Napoleonic range and a mouthwatering 1812 range, I now know I will be buying some more of these figures. I might even get  some of the AWI range. 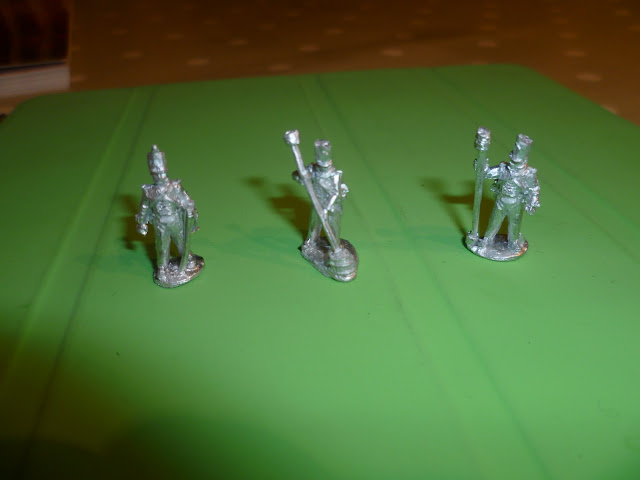 Off course the proof will be in the painting, so stay tuned for my pics of these guys when they are ready for battle, which shouldn't be long as they are needed for my Vimiero re-fight in April.
Oh, so much to do, so little time !!

This is a fantastic time to be a Napoleonic gamer particularly if you are into 18mm figures. Alongside AB, Fantassin, Campaign Game Miniatures we now have Blue Moon, and just recently Xan miniatures. With great compatibility between manufacturers more and more options to personalise your units are opened up, bearing comparison to what's available in 28mm. I think it would be true to say we have never had it so good.
Posted by carojon at 00:48