Since deciding to move away from hex based terrain to using mats which are so easy to set up and take down, I have been thinking about altering my table to better suit this change. I am the owner of a perfectly good table tennis table, that performs a much better job as a 9' x 5' wargames table.

Imitation they say is the sincerest form of flattery, and I have long been an admirer of  Lord Ashram's set up and have studied his pictures of his table design that he built from scratch. I was particularly taken with his idea of using a fixed outer frame with a removable inner frame built around a base of insulation foam. The idea allows one to place hills on the foam, place the terrain mat over the top, and lock the mat in place taught over the hills by slotting the inner frame back into place.

Other terrain such as walls, trees and hedges can, with the clever use of pins attached to their base, be
used to pin other terrain such as road and fields into place through the mat into the foam below. For a clearer explanation check out the excellent reports on Lord Ashram's blog. 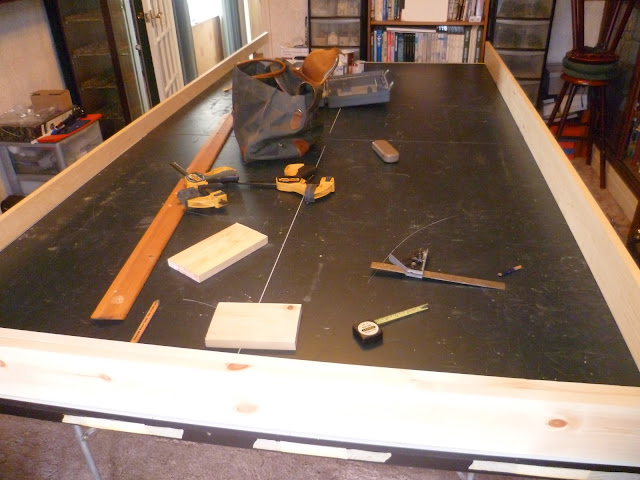 So with the decision to go with this idea, planning permission had to be obtained from Mrs JJ otherwise known as "She who must be obeyed", and a carpentry expert to head up the project as I know my limits. Fortunately my eldest son Thomas is very happy with a saw and drill in his hand and the opportunity to have some father/son man time on a joint project helped sell the idea to Mrs JJ. 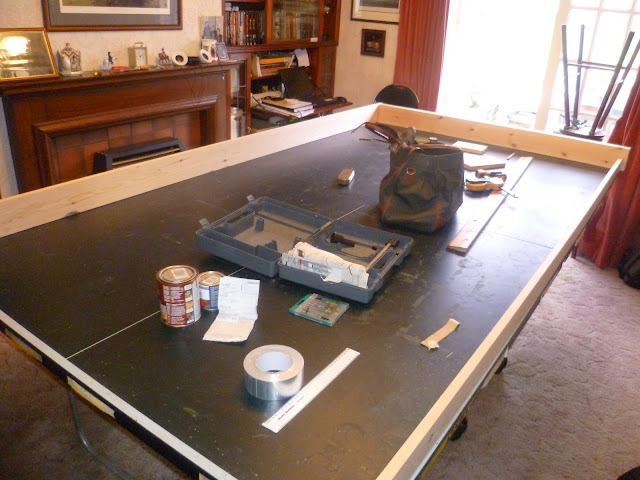 Work started yesterday, with the removal of the old frame and the fixing of the outer and inner frames. In addition several sheets of insulation board were purchased, one of which can be seen in the photos, used to gauge the depth of the frame.


With day one and the two frames fixed it was on to the next stage. The inner frame carries a top beading that helps lock it together and gives a neat finish to the table. We also had some embarrassingly large pieces of lumber left over after sawing up the frame, so what to do with them?


Answer, down to B&Q for a set of brass hooks and hinges and hey presto, shelves for dice, range sticks, rules and beer glasses.


So here we are at the end of day two with the frame and shelves completed together with a sturdier set of under table storage shelves. 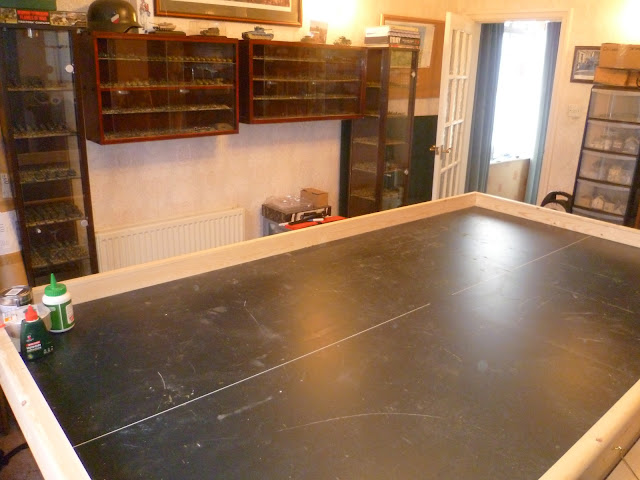 Day three will be painting on the Teak wood stain varnish to match the table with the figure and book cases more appropriate for a 1930's property. 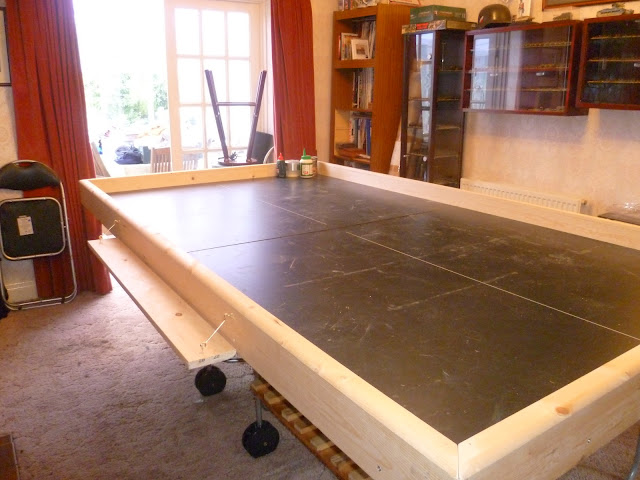 My son, Thomas who, once he finishes at university, might well have a future selling designer wargames tables. 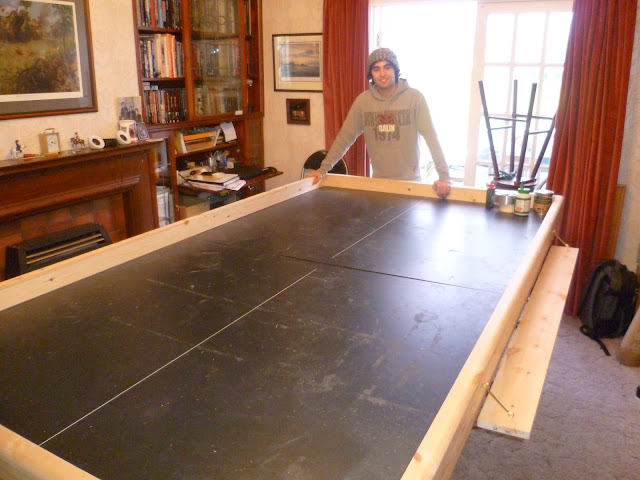 More updates later over Easter when we get the foam boards on and try out the terrain mat.