Ok guys, as promised, the new Grenadiers soon to be launched as part of the new 18mm Napoleonic range from Khurasan Miniatures.

If, like me, you're into the Peninsular War you are going to need Grenadiers and Carabiniers decked out in their finery. The French army in the Peninsula regularly combined their elite companies and used them en masse. The battles of Vimiero, Fuentes d'Onoro and Albuera are classic examples and indeed the Connaught Rangers thought they were up against Napoleon's Guard Grenadiers at Fuentes when fighting close up and personal with these bear-skinned warriors in the back streets of the village.

I don't, sadly, have a full unit to show you of these guys as these were a sample of things to come and were so new they were still hot when I got them out of the box. However I hope you can see why I really love these little chaps. They really seem to exude authority and confidence in their pose, and it's so nice to have grenadier skirmishers in 18mm. 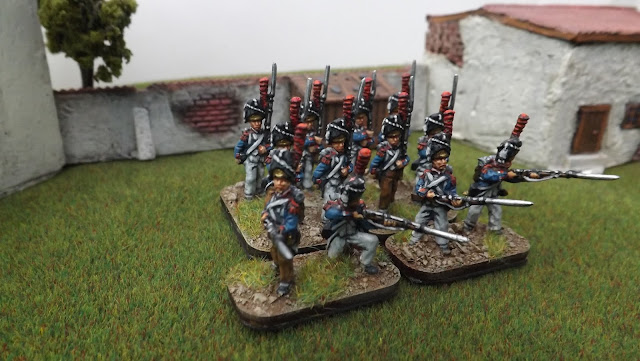 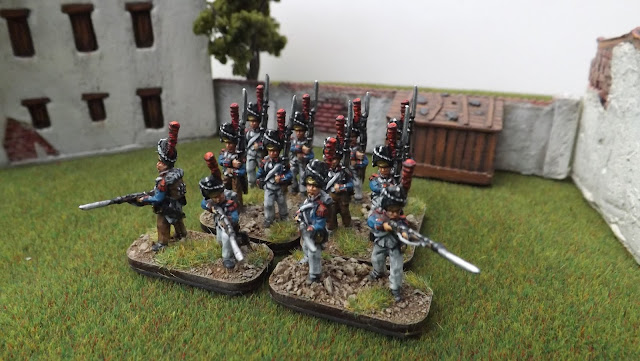 Once the Carabiniers are out, all you need do is get yourself a Grenadier officer, Mounted Colonel and drummer and you'll have a lovely combined Grenadier battalion to throw in to any awkward situation. 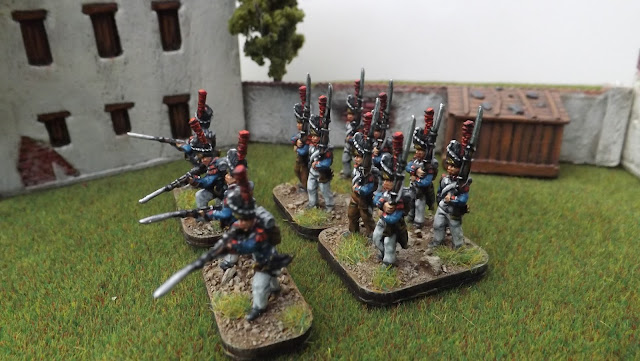 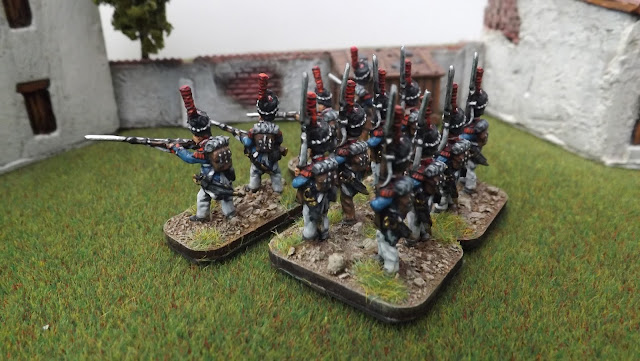 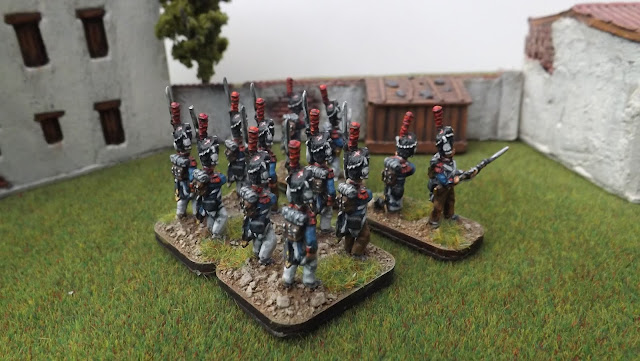 Next up the comparison shots with other makes in my collection.
Posted by carojon at 01:18