For regular followers of this blog, you will be aware that I have referred to "when I run the Vimeiro full fat game", i.e. the big one. Well in case you were thinking it was a fantasy, a game from myth, I thought I would provide some reassurance that the plan progresses, to run this game, probably next month. 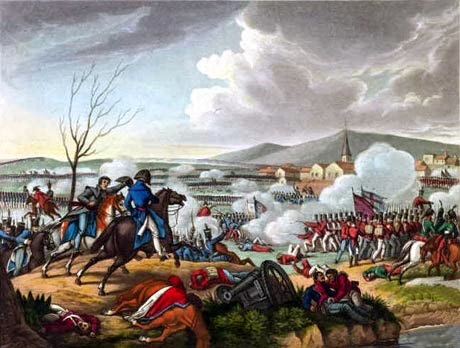 As I write this post I am adding the final commanders to the order of battle including a scratch build of General Junot himself, based on an ADC from the excellent set from  AB - Fighting 15's  and, as you will see from the pictures below, working on the final piece of terrain to add, that being the River Maciera which flows behind Vimeiro Hill and through the village towards the sea. In addition I am waiting for a stone bridge on order from Timecast to complete the two bridge crossings over the river, these being important crossing points particularly for the British. 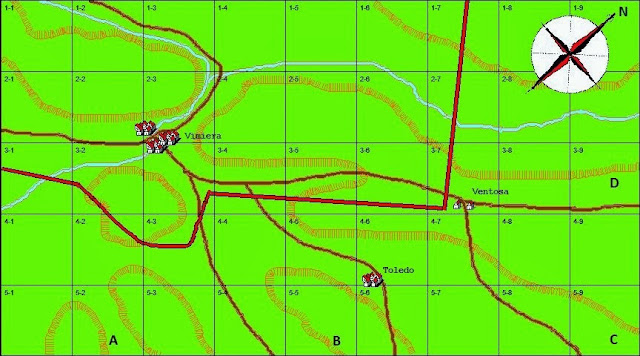 So the pictures below give my interpretation of the whole Vimiero ridge position based on the map above. This is the map from the Vimiero full fat scenario I have posted in my downloads section. The scenario is constructed for Carnage & Glory II but would easily convert to other rule sets. The ground scale is one inch to fifty paces (37.5 yards) a pace being 27 inches. 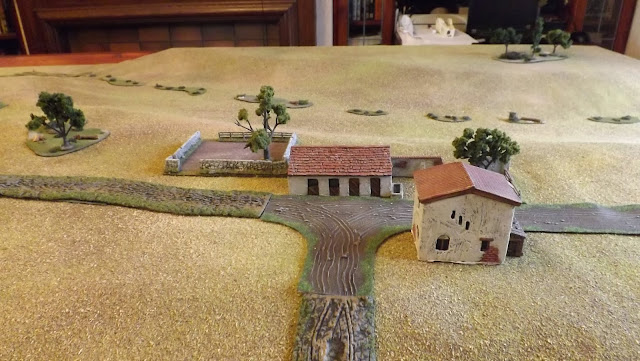 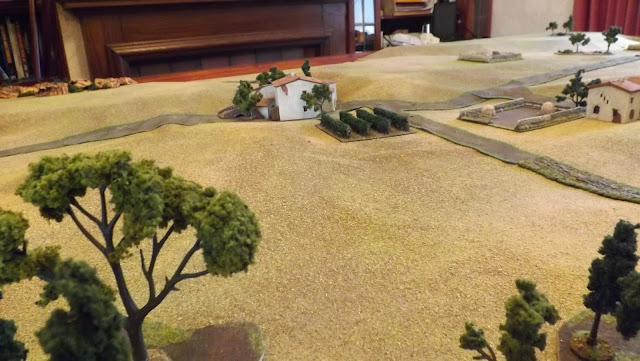 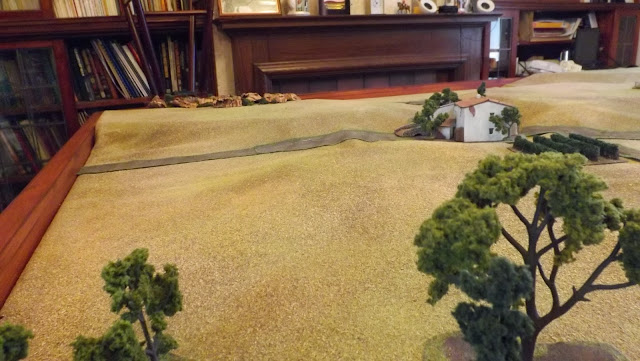 This will be the first battle that will use the whole table. The table being constructed back in the Easter holidays with my eldest son Tom. It is also the first time I have used sculpted styrene as an under lay to capture the rolling nature of the terrain. I'm really pleased with the result and think it helps simulate the lines of sight the commanders on the day had to cope with.

In addition to trying out new things, I will update the scenario briefing based on my play test and add some terrain notes that I have thought of since I wrote the first version.
Posted by carojon at 04:32