So after methodically working my way through terrain-scaping the bases of my new fences, they are all done and ready for battle.
Snake Rail Fence build part 1

I bet you can't guess which era my mind is straying to with these close ups of the fences.

However they will be in action this weekend in an earlier war of British presence in North America with a run through of the Battle of First Freeman's Farm 1777. 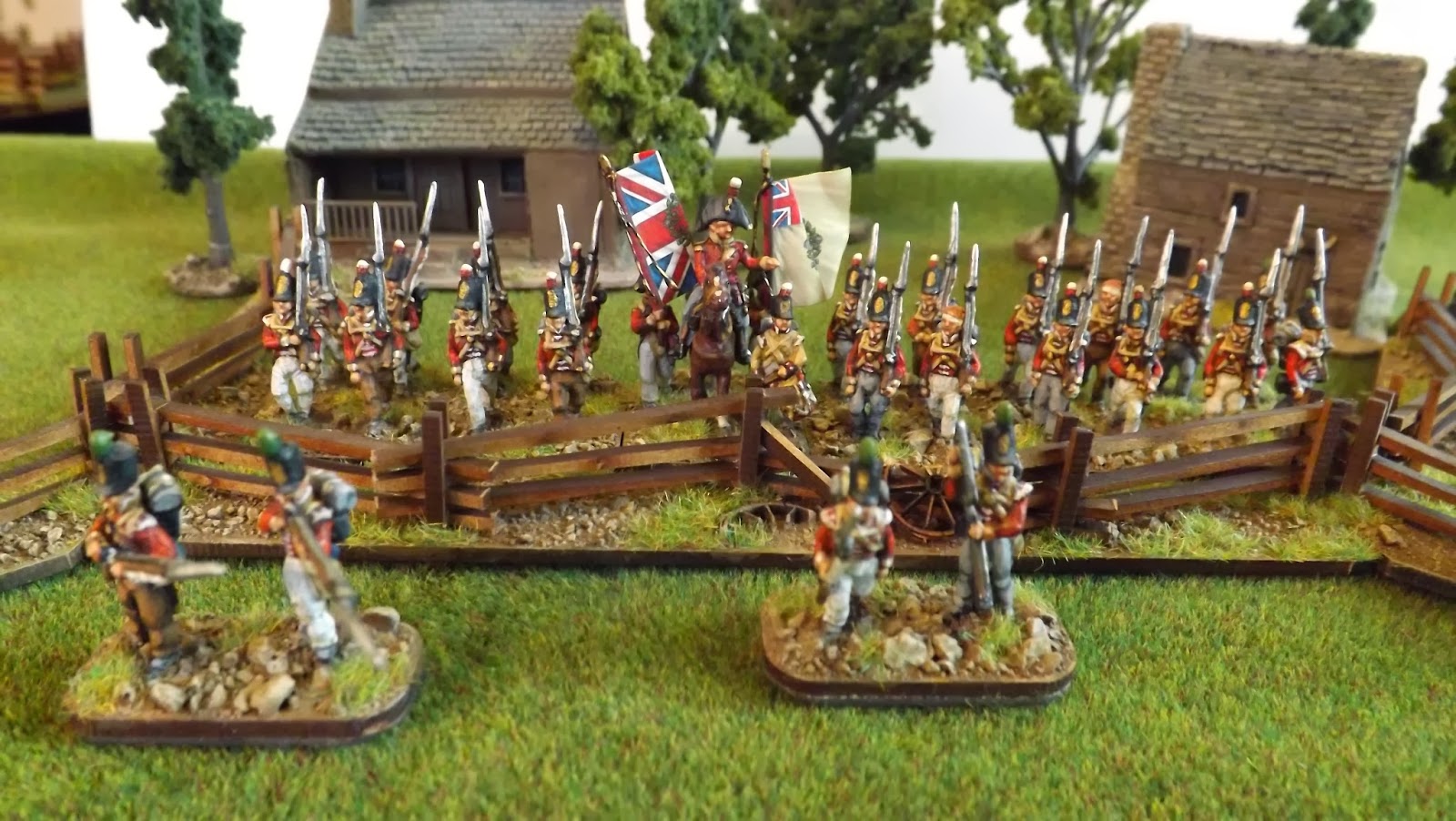 Going back to a previous theme on stressing the importance of terrain. It's amazing that the same figures that have appeared in many Peninsular War clashes on this blog can be transported thousands of miles in the mind of the viewer simply by adding a particular piece of terrain. You've got to love our hobby. 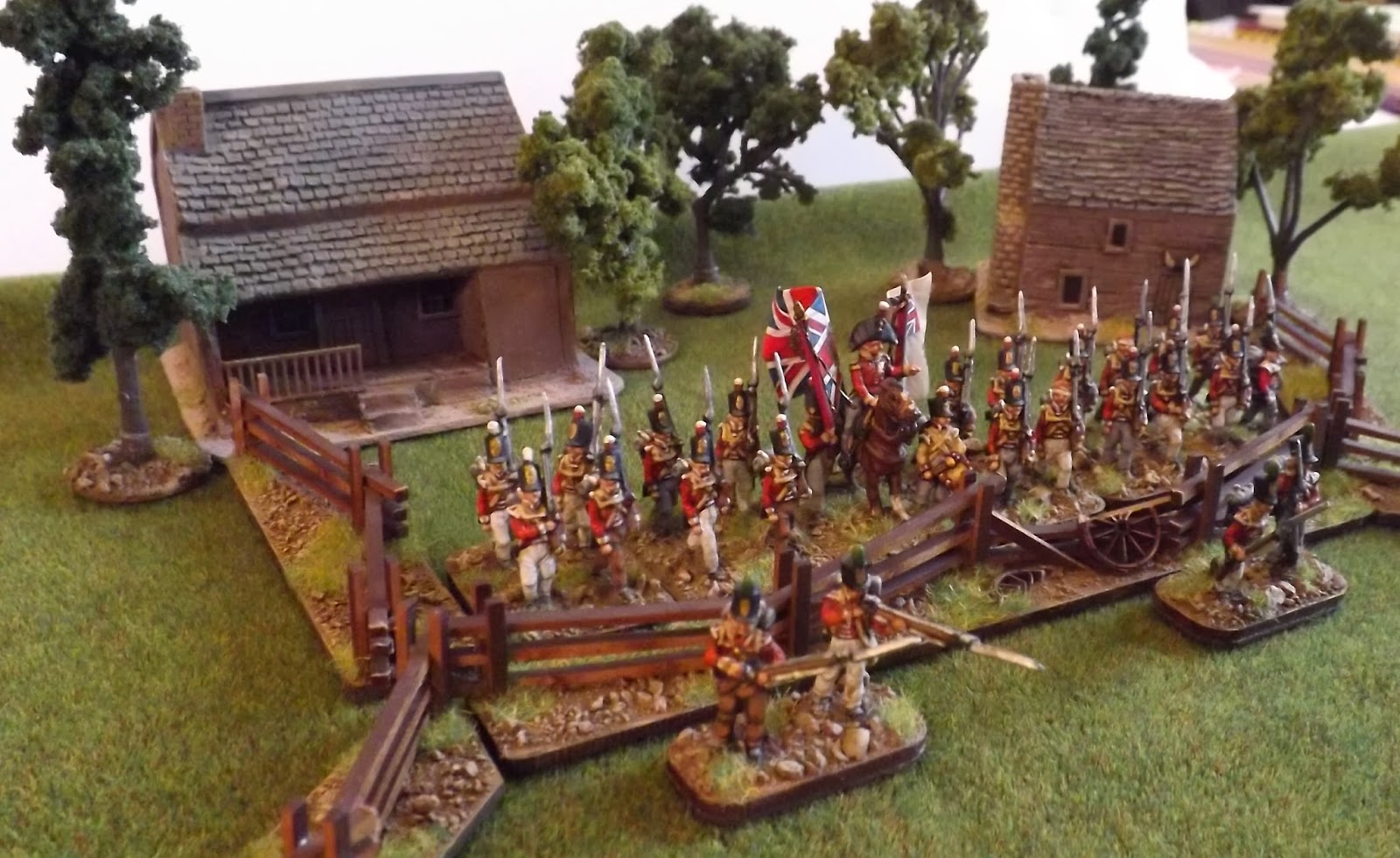 Next up will be a report on my game at the Devon Wargames Group this weekend and back to painting Legere battalions for Oporto.
Posted by carojon at 04:51