When you start doing things like blogs, you start to appreciate how time slips by and a year later has come around. Thus I spent today with my annual trip down to Plymouth in Devon to attend my first wargame show for 2014 with the Plymouth Association of Wargamers at PAW 2014

As with last year I have posted a few pictures of some games that caught my eye whilst wondering around and chatting and picking up a few things from the various traders.

In addition, I can mention some breaking news for us 15mm AWI fans and particular those of us who fell in love with Polly Oliver Figures, way back when, some of which you can see in my various AWI posts. They're back and they are being produced here in Devon at Ashburton by Mr Dave Cook and his son. I actually got to see some fresh out the molds, whilst chatting to the very helpful chaps at Colonel Bill's.

The Polly Oliver range is being supplied in packs of 24 figures for infantry with standard bearers, drummer and officer included for £9.00 and the cavalry in packs of 12 figures for £12. The artillery are packs of 2 guns and 10 crew for £7.

So in addition to looking at AWI figures, I got a couple of bargain books to add to the Napoleonic library, which are in near mint condition for £5 each. I love a good book and these two are both very useful additions. 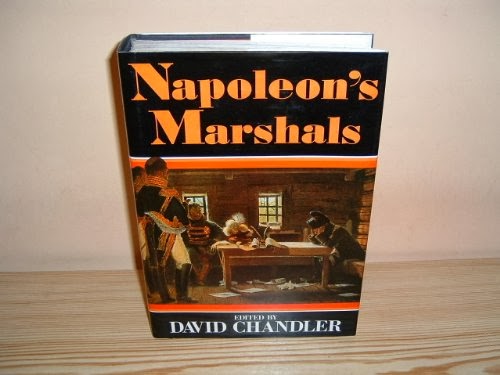 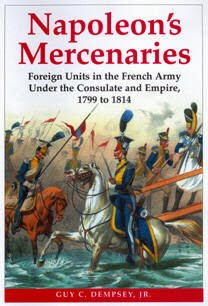 In addition to books I also picked up some of 4 Ground's 15mm snake rail fences from Colonel Bill's, to go with my AWI collection and my future War of 1812. 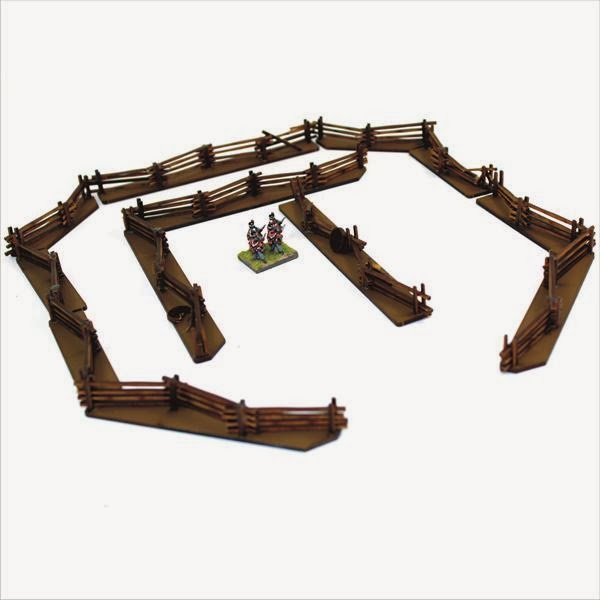 Ok, so to the games on show.

First up the Devon Wargames Group were represented by mates Jason & Nathan staging a beautiful Chain of Command Winter War game on purpose built terrain. Just looking at those Russians crossing the snow towards the Finns in their foxholes makes me shiver with the cold. 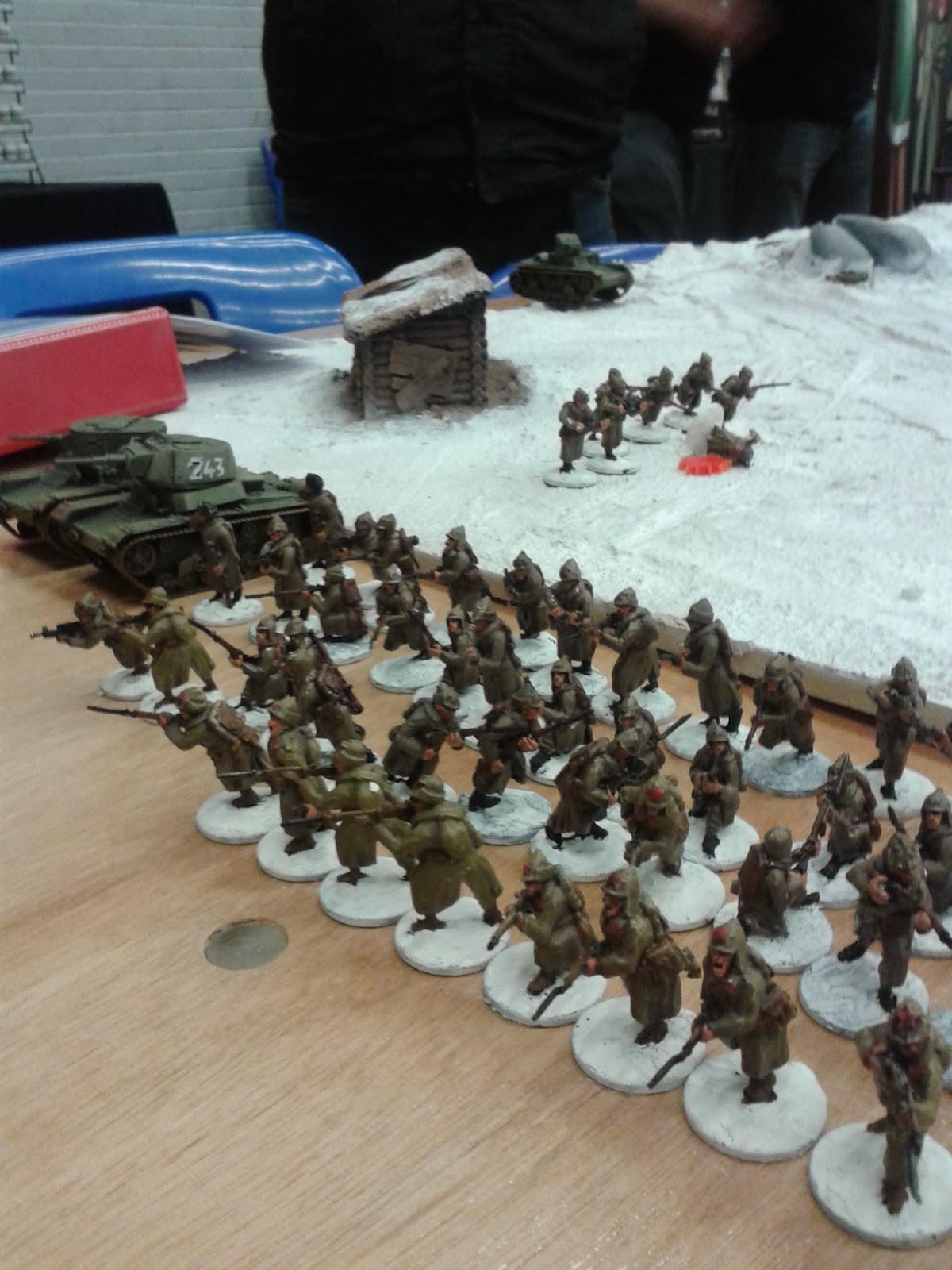 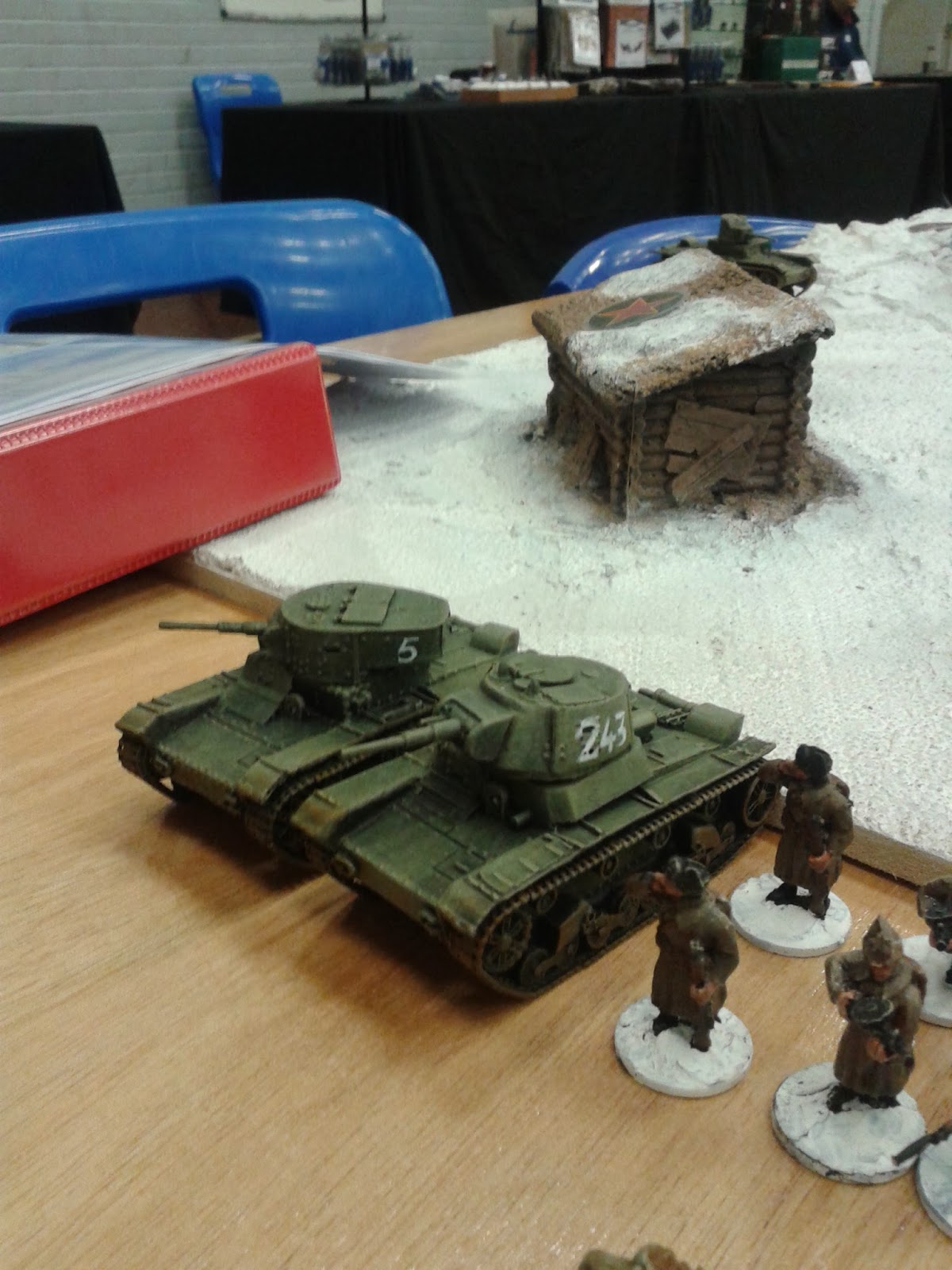 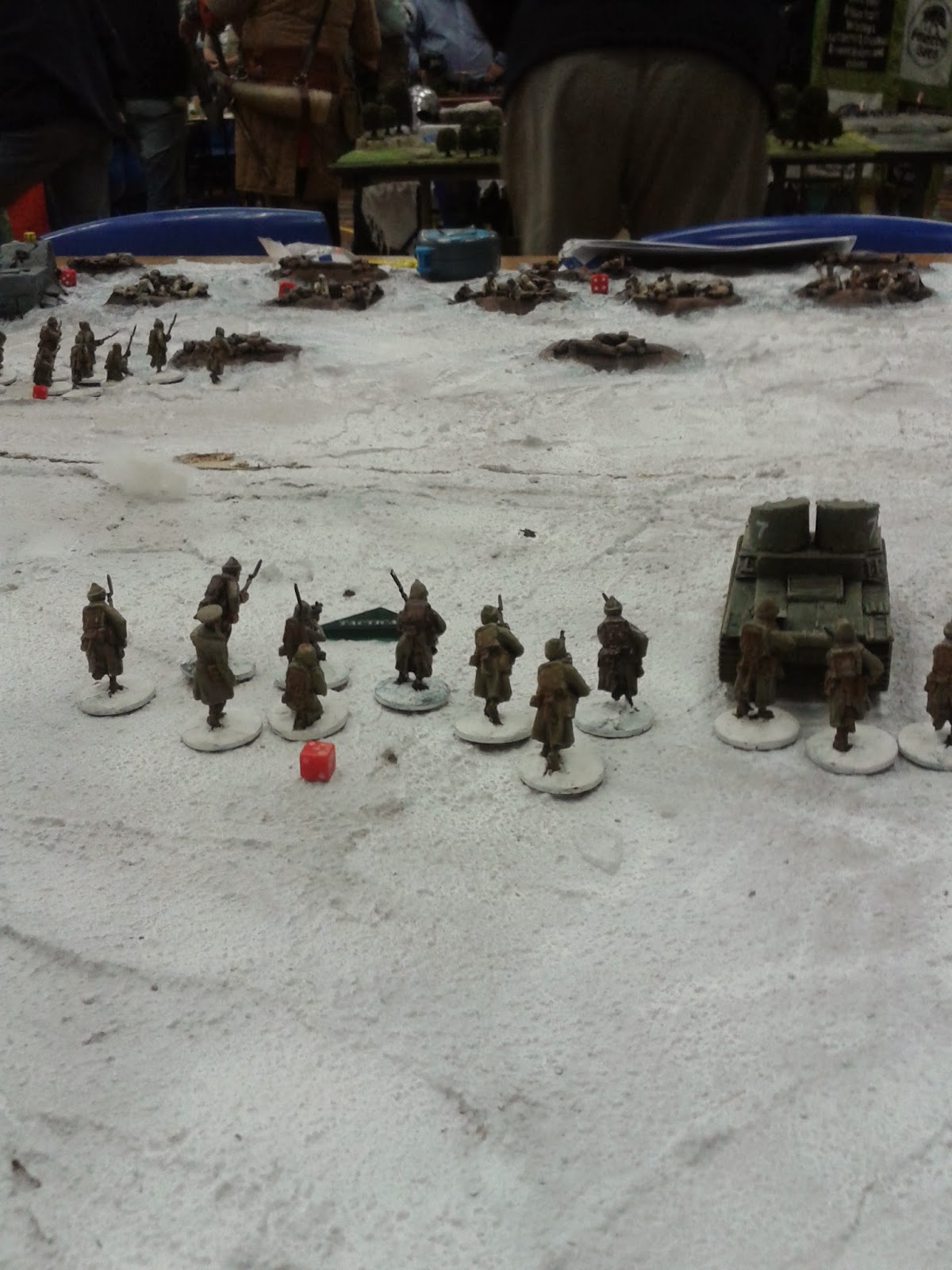 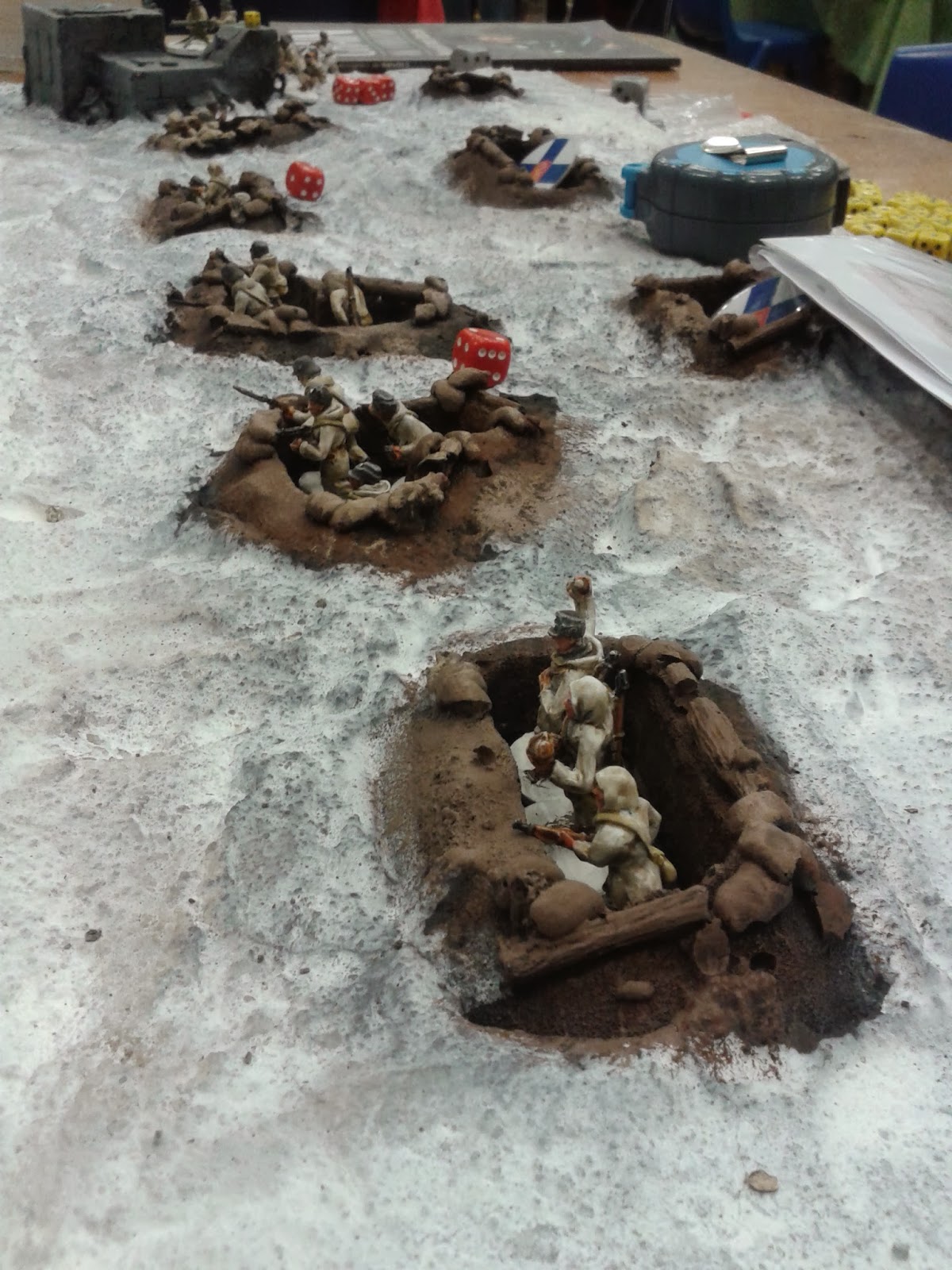 Next up was a lovely Cold War game recreating an exercise in 1986 "Crossed Swords", To quote

Staged by Nick Turner and the Somerset Wargamers, this was a true delight to the eye and an obvious labour of love. Really impressive and thanks to Nick and Richard for taking the time to chat about the game. I gather they were going to take the weekend to fight this one through to a conclusion.

I plan to post an update with a link to more pictures of this impressive game. 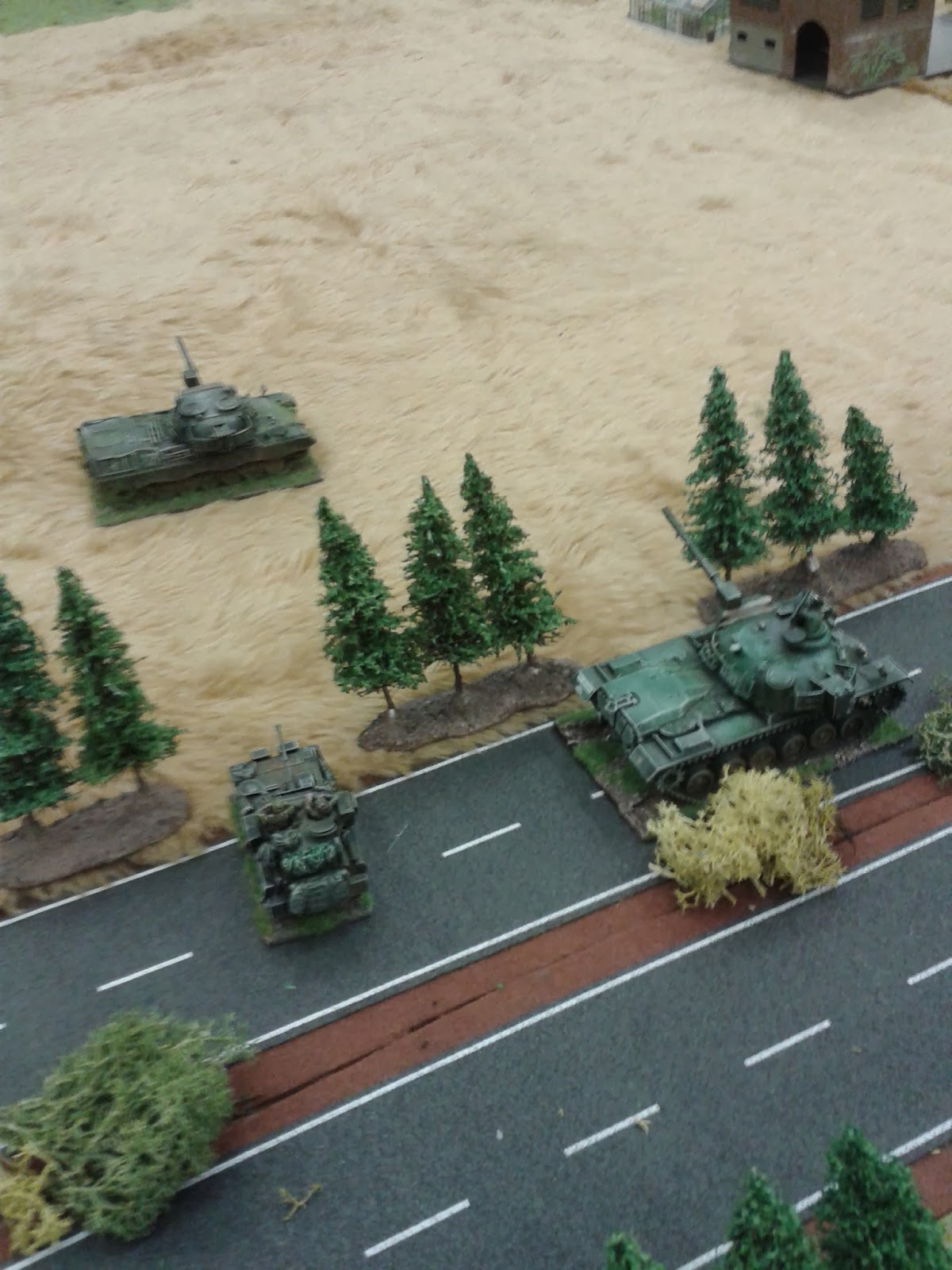 And finally, I love naval games, and Age of Sail and WWII are my particular favourites, so I couldn't help but take time to admire this lovely representation of Pearl Harbour and Battleship Row from a Japanese pilots view point. This table was staged by Roger Dawson in 1/1200th scale and was an excellent display of modelling. 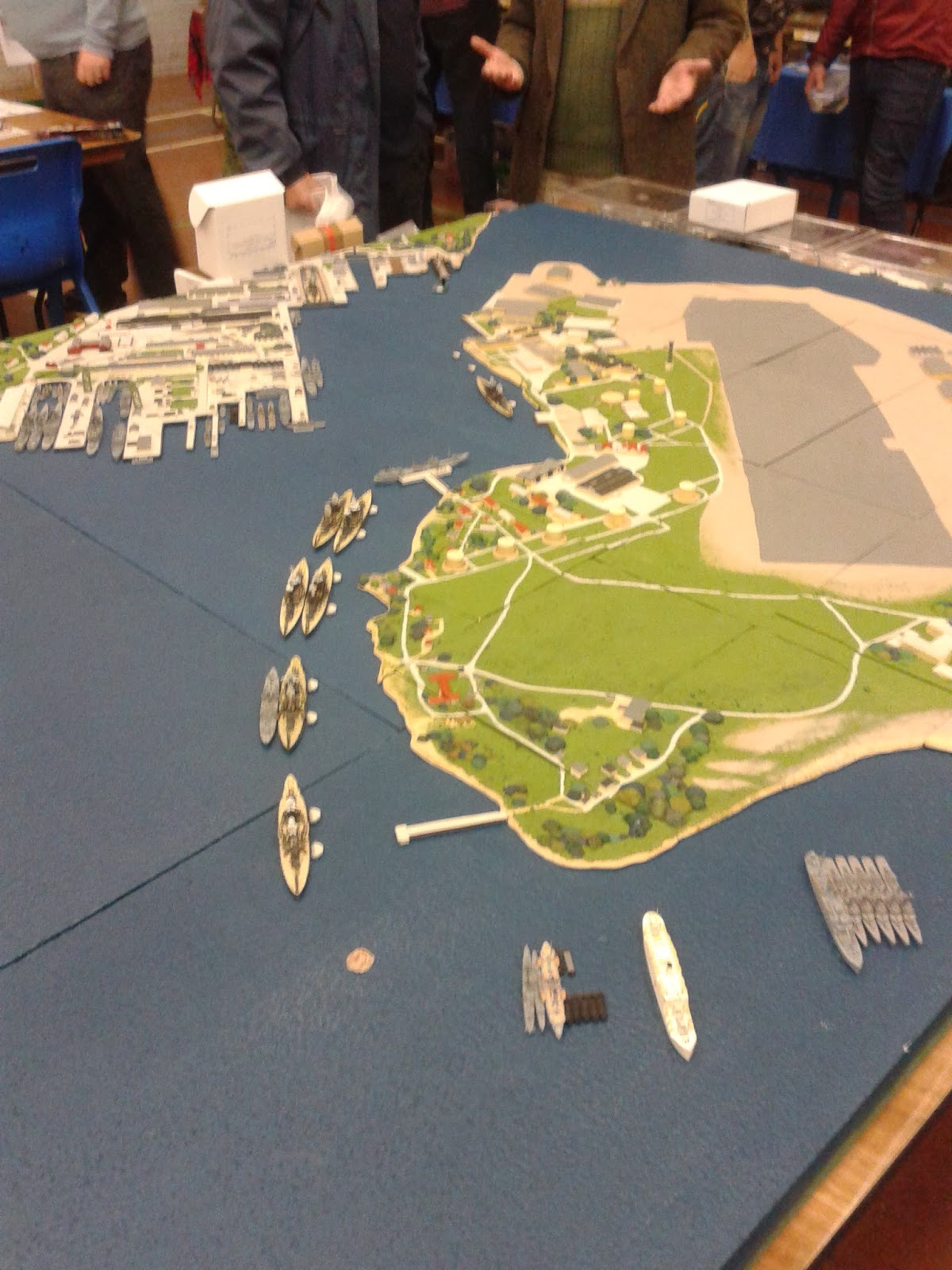 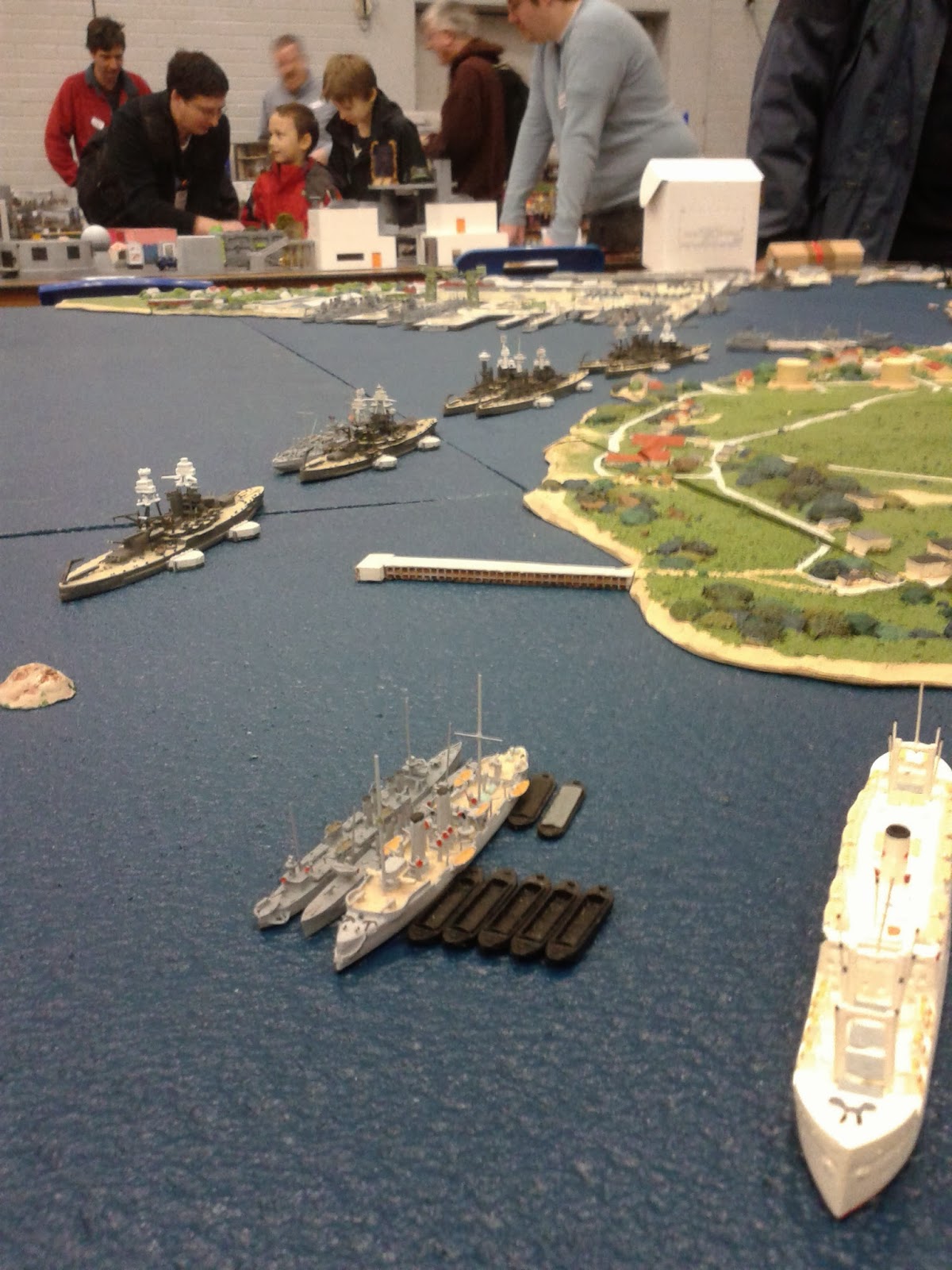 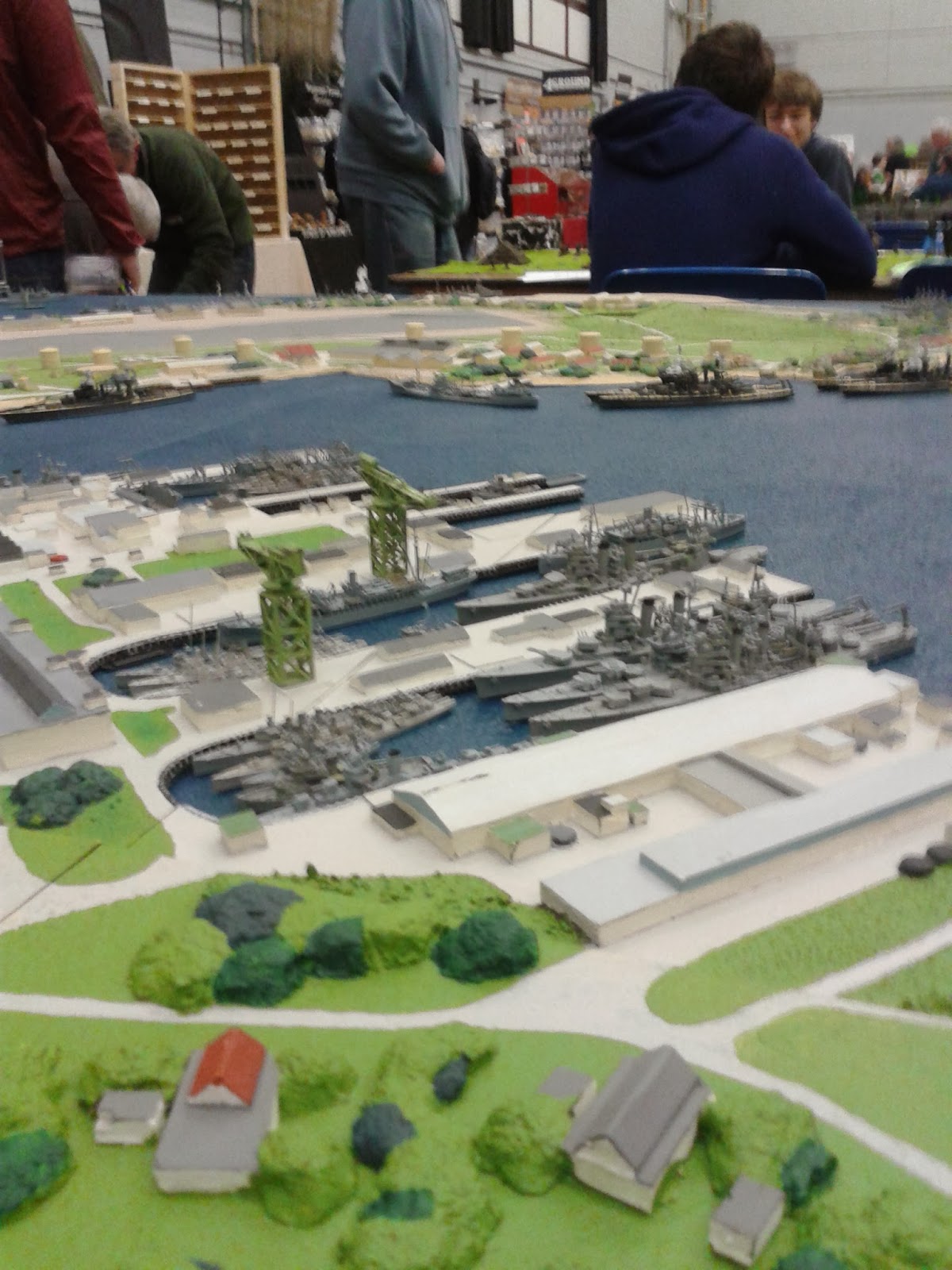 So all in all, a very nice way to spend a Saturday and fresh inspiration gathered to press on with my own projects for 2014. Well done to the Plymouth guys for a very nice show and a pleasant start to the year.
Posted by carojon at 09:11