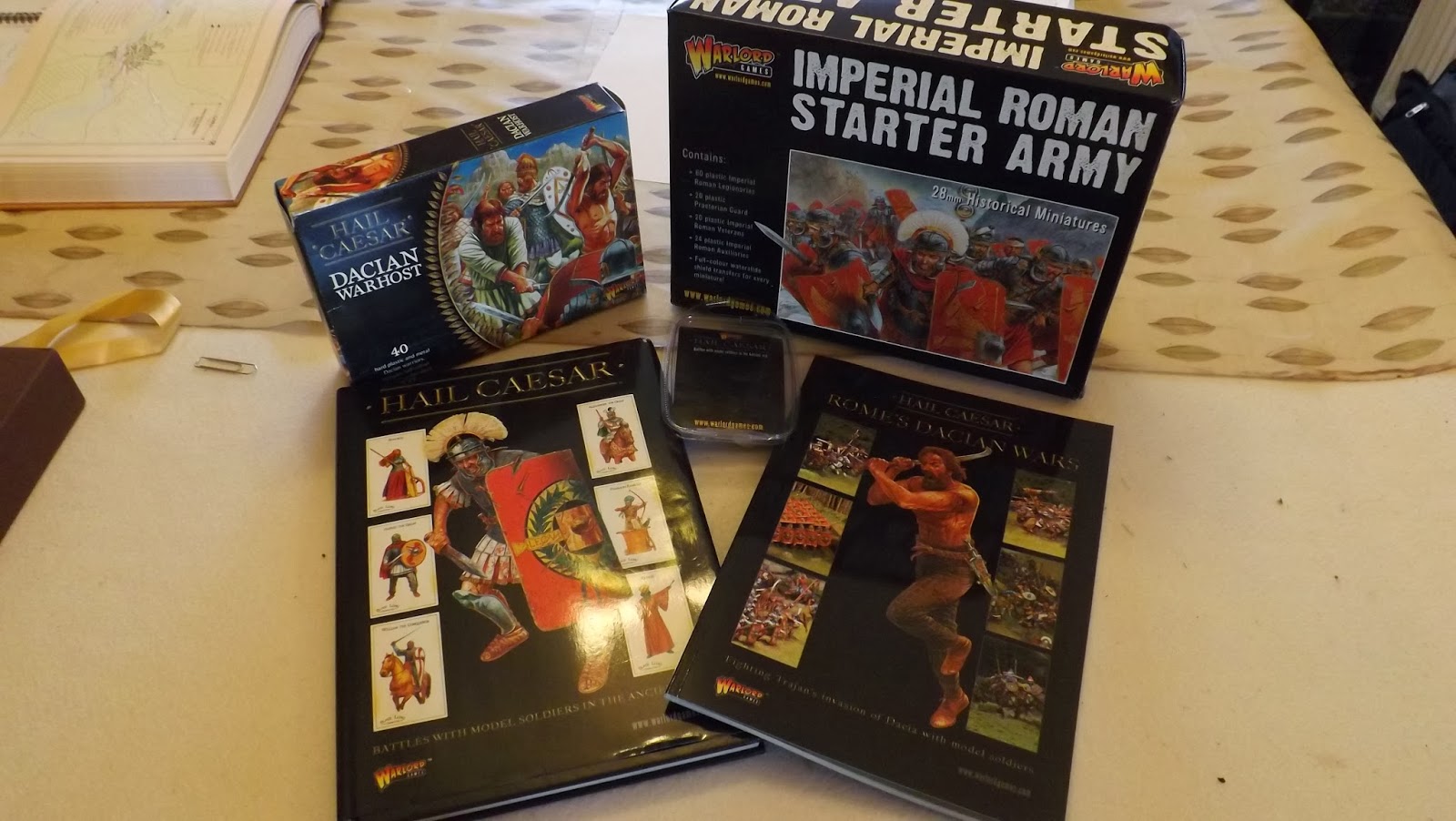 All the first purchases have now arrived and I am resisting the temptation to dive straight in and start painting, but only just. What is it about wargamers and new toys?

I did find myself spending a few days researching the Dacian Wars and Germanicus in Germania, not to mention thinking about other rule sets and bases. I think I will get a German starter army and work on them before the Dacians, but that might change. The Ancient Brits look great and I fancy doing some chariots at some stage.

I have also spent some time looking at various painting techniques and have discovered some very talented people in the world of 28mm Ancients. Warpainter shade dipping seems to be a fashion in some quarters and I have also looked at the effects from the new washes from Games Workshops ranges. 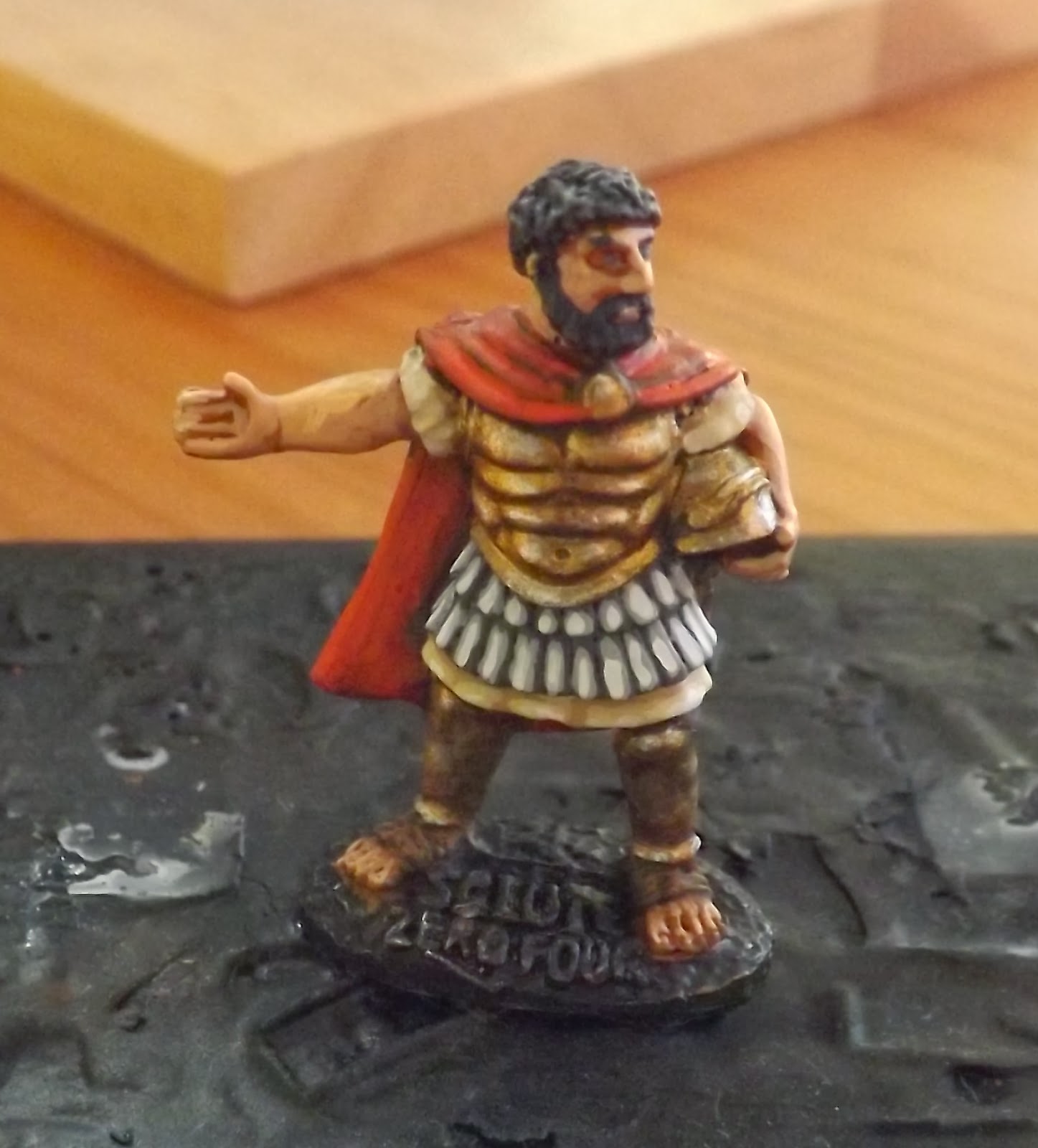 I am a confirmed three coat painter myself and though more time consuming than shading seems to give a brighter look to the figures. I note that some even combine both getting depth from the shading and then highlighting over. Unable to resist a little "messing about" whilst focusing on the Napoleonic project I played around with this Hanibal figure that was given away as a freebie at Salute 2004. I make no claims on colours for this model, it was simply an exercise in using various colour shade options.

If I am honest, it kept me away from diving in to those Romans! 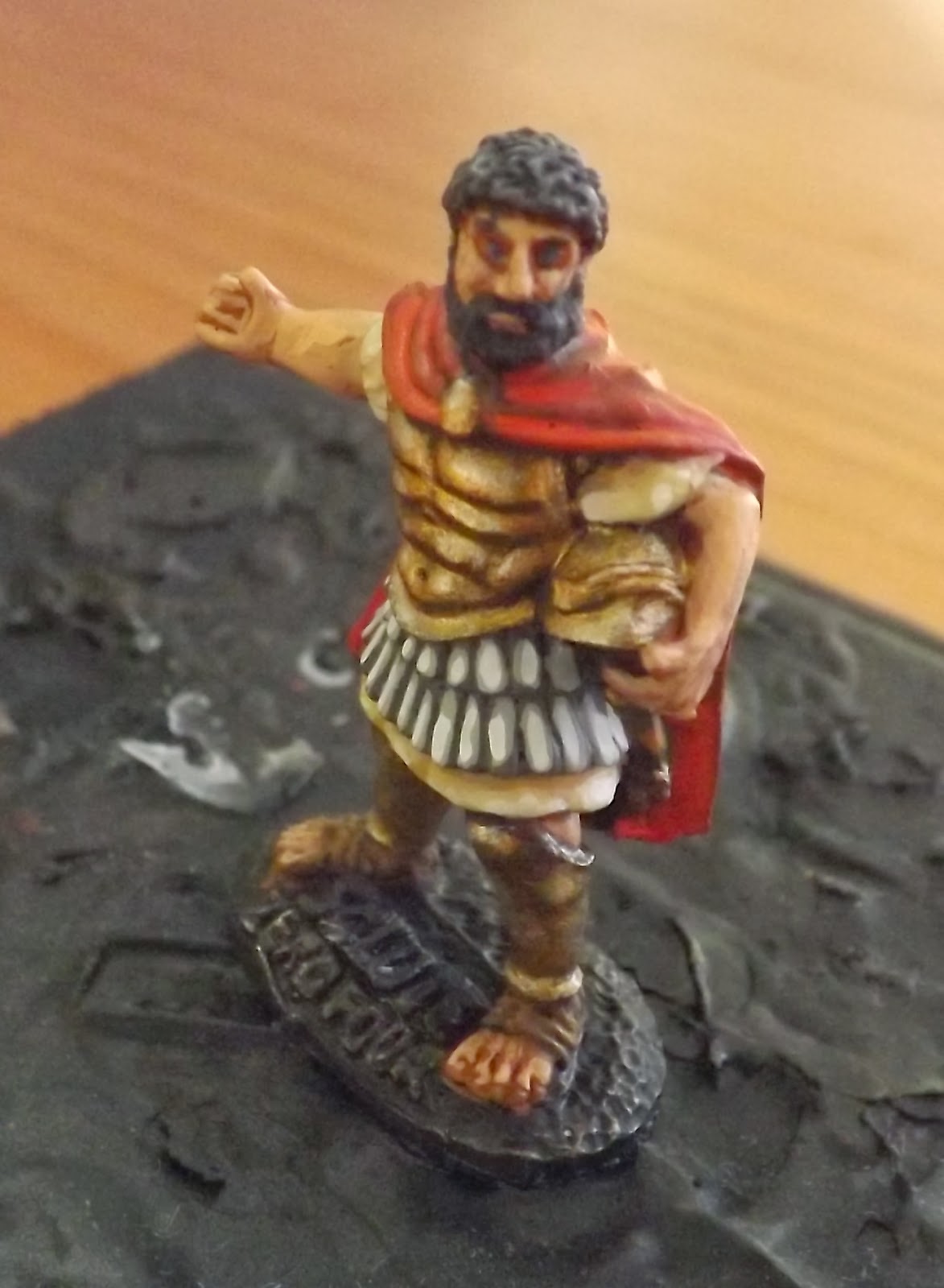