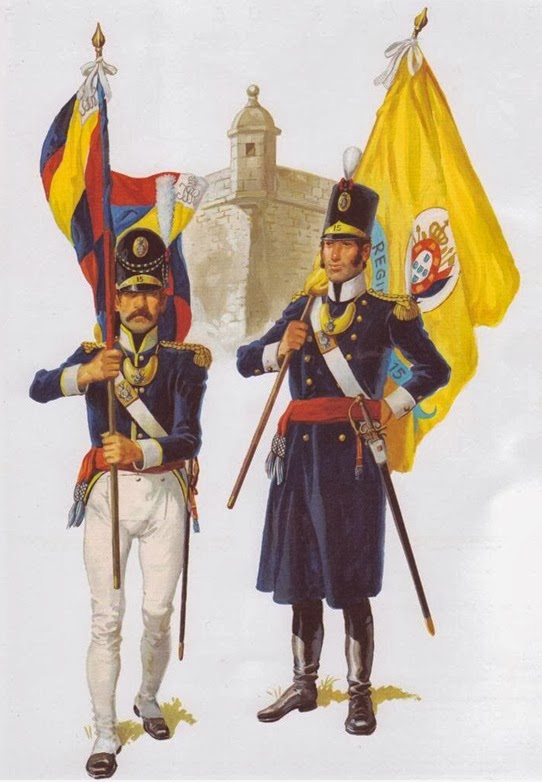 The 10th Infantry were one of two regiments, the 16th being the other, each of two battalions, deemed ready enough in 1809 to accompany Wellesley's army on its march north from Lisbon to attack Marshal Soult's army at Oporto. 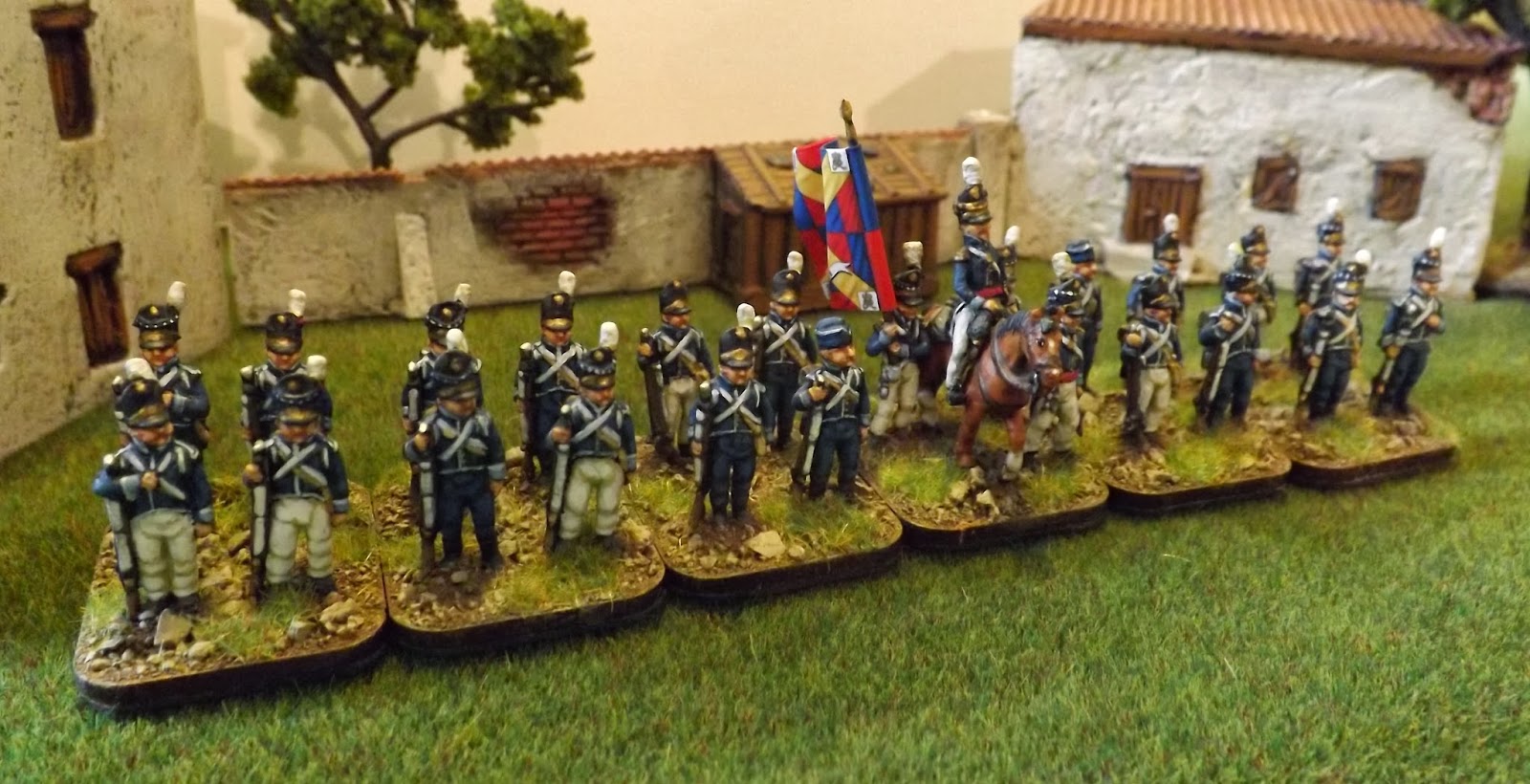 The 10th are shown in their 1806 regulation dress. As this battalion was one of the first of what were to become known as "Wellington's Fighting Cocks", I like to think these chaps would have been dressed in their original uniforms for the Oporto campaign. After 1810 the Portuguese infantry adopted British style blue uniforms with stovepipe shakos (as per the illustration above). Interestingly the British infantry in 1814 would adopt the Belgic shako, an obvious imitation of the Barretma shako seen here worn by the 10th.

Regular visitors to the blog will notice an absence of skirmish bases with the Portuguese. The answer to this is that the Portuguese line infantry regiments, trained to British methods,  would normally be brigaded with a Cacadore (Light Infantry) battalion trained to fulfil the function of the British brigade light battalion and be able to aggressively skirmish to the front of the brigade as well as defend it from enemy skirmishers.

In the unlikely event that the line battalions were attacked by enemy skirmish units, they could detach their grenadier company to perform a defensive skirmish screen. In "Carnage & Glory" this is modelled by allowing the battalion to defend against enemy skirmishers but not to be able to attack enemy units with skirmish fire, that being the responsibility of the Cacadores.

The 10th and 16th regiments joined the Oporto campaign without their Cacadore units and their battalions were parcelled out separately to the other British brigades. Thus in the Oporto scenario they will be relying on the British brigade light battalions to skirmish ahead of them when on the attack. 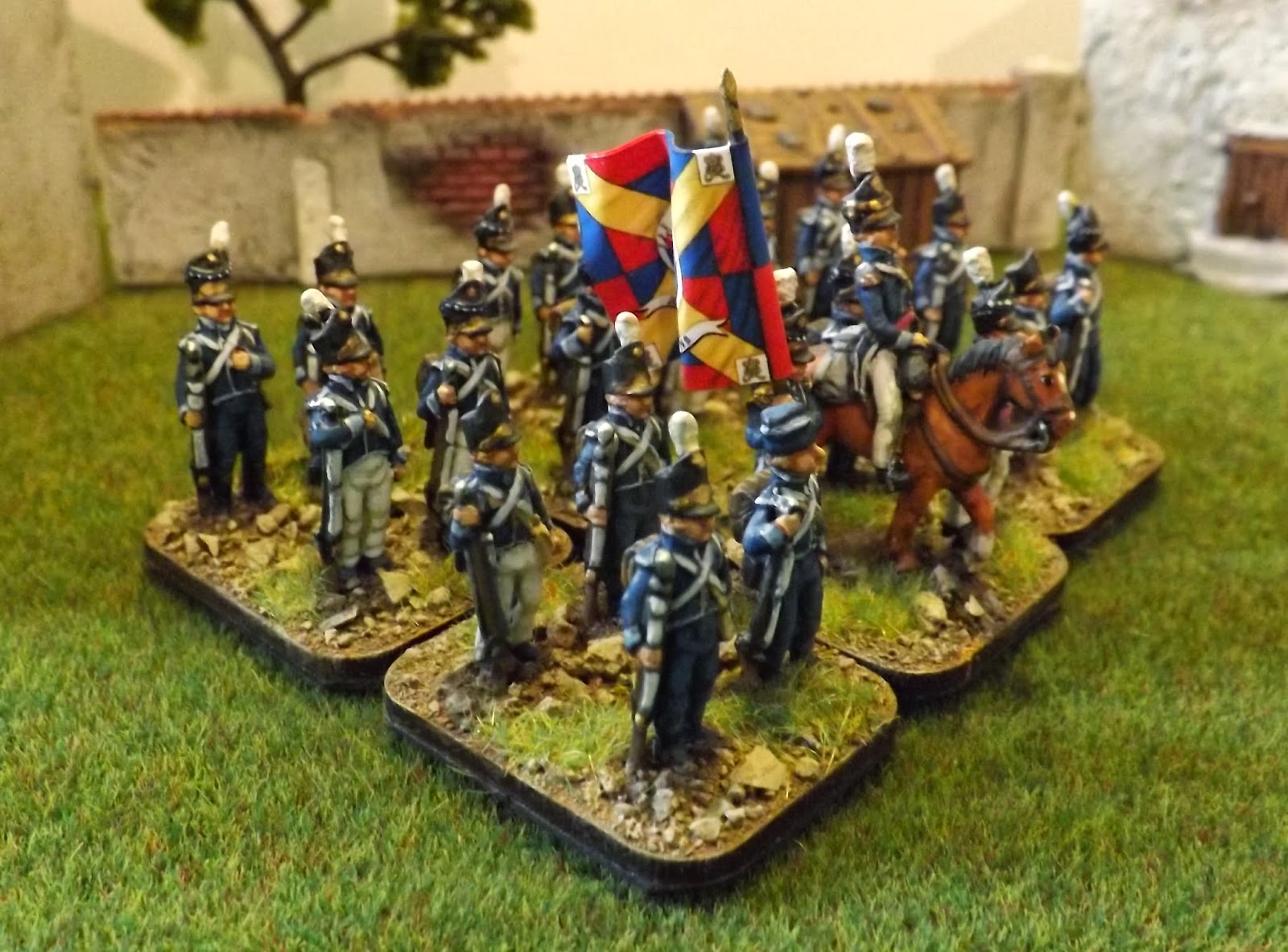 The battalion illustrated is composed entirely of figures from AB with a mounted colonel adapted from a British figure, that is with a head transplant and the double breasted jacket filed down to the single breasted version that Portuguese officers would wear. As always the Colour/Standard is from the excellent range of flags from GMB, with the King's Colour here displayed with the 1st battalion. My second battalion will have the white Regimental Colour. 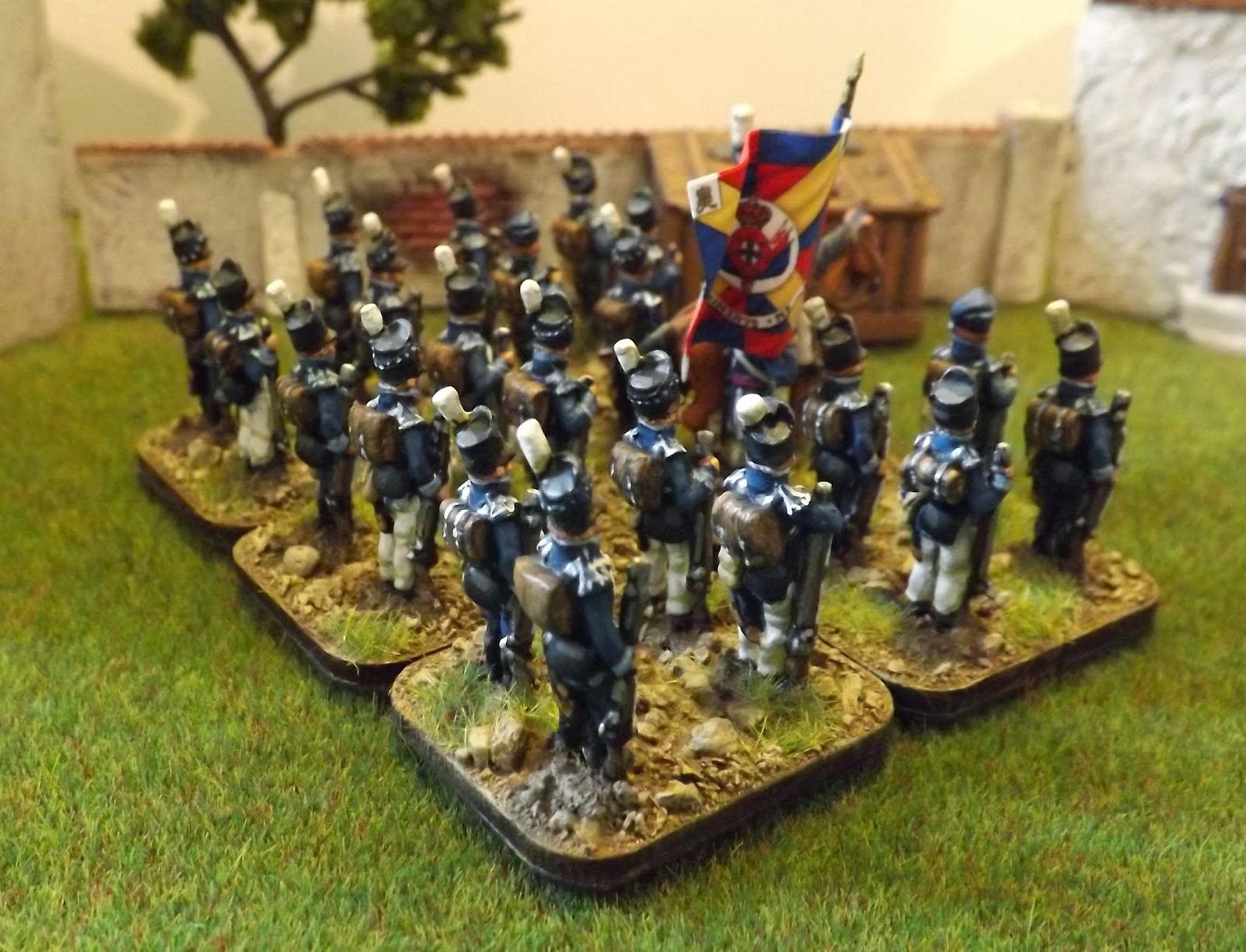 The AB figures are, as always, a superb sculpt and a pleasure to paint. One particular figure that really makes the unit stand out are the chaps in forage caps (as in the illustration below) - superb. I also like the fact that the figures come in winter and summer dress and this allows the unit to have a campaign look. 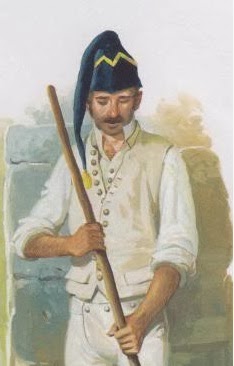 If you would like to know more about the 10th Infantry and the other Portuguese battalions involved in the Peninsular War then follow the link to The Napoleon Series - Portuguese Infantry . The drop down menu at the bottom of this page will allow you to search by unit, enjoy. 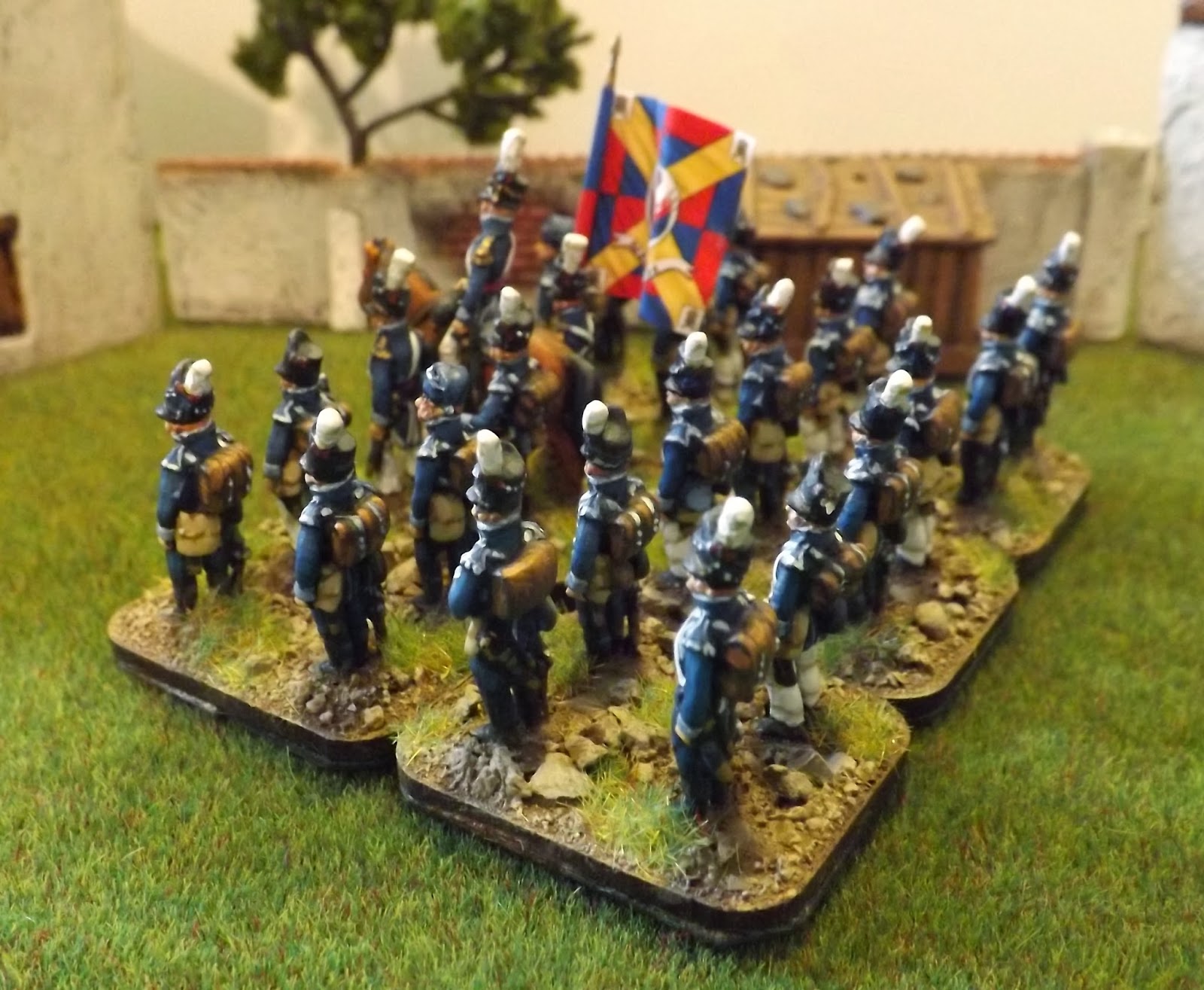