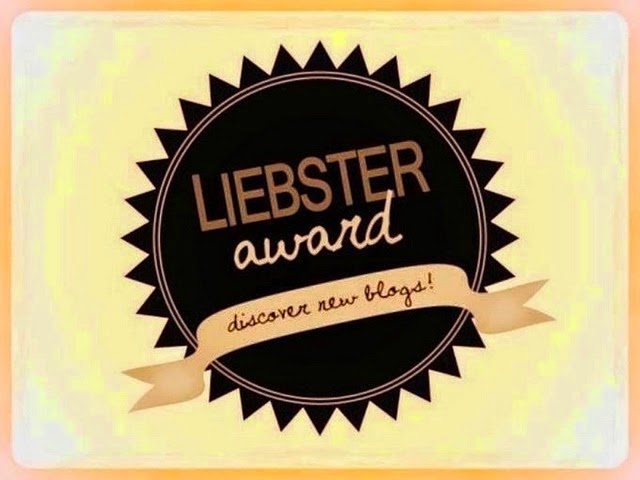 JJ's Wargames has been nominated by Jonathan Freitag at Palouse Wargaming Journal for a Liebster Award, and thank you to Jonathan for his kind remarks in recognising my humble little blog.

I have to confess not knowing anything about the Liebster Award until Jonathan dropped me a line to let me know he had included this blog in his top nine choices. Anything designed to encourage interesting blogs, and bring them to the attention of a much wider audience, has to be a good thing and thus I am passing on the baton, so to speak.

Rather that waffle on any more about how this works I have copied Jonathan's succinct list of what's involved.
In addition to "flagging up" those blogs that would be well worth having a look at from time to time it also provides an opportunity to answer and pass on some questions about the blogger behind the blog. The questions you have been dying to ask but have never got around to posting. So as well as answering these myself, I will be passing them on to my nominees.

All these blogs, for me, have that something that keeps me checking in to see what's happening, be it great painting, modelling ideas, wargame/general comment and or inspiration to get into another period of interest - resist, resist!

"So the list of nominees are, in no particular order"


1. Why did you start blogging?
I was introduced to it by a friend and fellow gamer at the Devon Wargames Group as a way to raise the profile of the club. I found I really enjoyed recording the games we were playing and being able to look back at the games from yesteryear, and I thought it would be fun to do my own blog, and it is.

2. If you could change one thing about the wargaming hobby, what would it be?
To restore the preeminence of "Old School Wargaming" as outlined in my post Old School Wargamer over more recent trends in the hobby and to encourage the younger generation of gamers to adopt this way of approaching wargaming.

3. Do you read Battle Reports and what makes them inviting to read?
Yes I do, but I find myself scanning those that simply list the events of a game. The best AAR's, for me, are those that give the reader an insight to what the players were trying to achieve and the frustration and struggle as they had to deal with the drama of events in the game. Give me some great pictures to illustrate the text and I'm in.

4. Is figure painting a chore or pleasure?
Well anybody who regularly reads the blog will know I love painting and am passionate about persuading others to get the "bug". I think it is just such a huge part of our hobby and allows us to express ourselves as well as being a great way to relax after a busy day/week.

5. Napoleon once was quoted as saying he preferred a general that was lucky over skilled. In gaming, are you lucky or skilled?
That question is a bit like asking someone if they're a good driver or not. I guess we all like to think we have a modicum of both skill and luck in our gaming. I suppose if you read a lot about the period you play and the rules are good enough to allow you to replicate that understanding then as the saying goes the more I play the luckier I become. These days I often run and organise more games than I play, and I get a lot of fun from that.

6. Could you limit your gaming and collecting to one period and one size? If so, what?
I suppose I could if out of necessity, in which case I would go for 28mm because my eyesight is only going to get worse. The period would be tricky because there are collections I would love to build before I die. However if I had to choose it would be Wellington in India, because that would be a stunning period to do in that scale, I mean elephants, who doesn't love elephants? Who knows I might still do it!

7. How do you deal with burn out?
I don't know, I've never had it happen. I tend to follow the maxim "Everything in moderation".


8. If you could only buy from one miniature company from now on, which one would it be?
Fighting 15's and Eureka 18mm Napoleonics. There is more than enough in their marvellous range of Napoleonic and Seven Years War figures to keep me painting to my hearts delight.