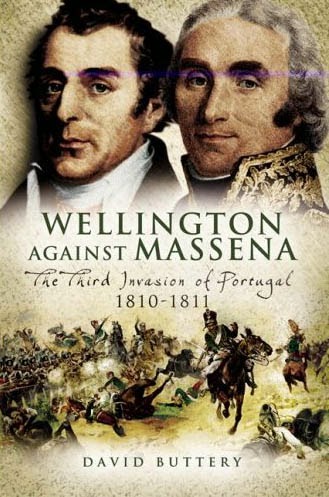 Last month I posted my thoughts about Peter Edwards book Albuera and why it had taken me so long to finish reading it. Well I took my own advice and got my IPad use under control and am now able to share my thoughts about the next book from my library.

This is the second  David Buttery book I have read, the first one I posted about last September was Wellington against Junot.

I was going to go through the chapters and my thoughts about them and then I read the review from the Napoleon Series.

The review says everything I would including the reference to Imperial Guard infantry being put into the fighting for Fuentes, very silly.

That being said, I found the book a very entertaining read if not the forensic study of the battles I usually prefer in my history. The lack of orders of battle is an interesting omission in a book on this subject matter. Not a problem if like me and most other wargamers you have access to copies of orders of battle for this campaign but not very helpful for the casual reader trying to understand how the two armies were arranged.

I think the part of the book I found most interesting was the chapter on Massena's earlier career and the victory at Zurich causing the capture of 70,000 prisoners and beating two great captains of the period, Suvorov and the Archduke Charles, eclipsing Bonaparte and his disastrous adventure to Egypt. The description of a general prepared to wait for the right opportunity to strike fitted in with the description of the much older man that led the French forces into Portugal but was still able to show flashes of the brilliance demonstrated in his earlier career.

It is interesting to read about the high esteem he was held in by Wellington, who always considered him to have been the best of the Marshals he came up against in the Peninsula; and when they eventually met in Paris after the war are reported to have got on famously, exchanging compliments on each others performance in the 1810-11 campaign. This despite the differences in social class the two men came from. It was obviously the measure of Massena as a commander that overcame any such  issues in the eyes of Wellington.

The situation that Massena found himself in when he very reluctantly took the command of the third invasion of Portugal was very unenviable. The nature of dictatorships from Napoleon to Hitler means that these leaders only feel secure in their positions when they have all their subordinates competing with each other. Thus it was in the Peninsula, where Napoleon never gave supreme command to any of his commanders, and thus cooperation between forces became problematic. Massena was unable to order Soult to support his invasion as the latter should have done, and had problems getting Ney to obey the simplest orders. The last insult was having the insolent commander of the Guard Cavalry, Lepic at Fuentes, disobey an order to complete the attack on Wellington's disrupted flank, by claiming that he only took orders from Marshal Bessieres, whose whereabouts at the time was unknown and thus the battle opportunity was lost. I really came to the conclusion that if I had been serving Napoleon in that role I would have taken a young mistress on campaign as well.

Wellington knew full well that Fuentes was so nearly a defeat with the Duke having over extended his right flank and he was candid enough to admit it after the war. As he went on to say about the battle that if Bonaparte had been there then he would have been beat. I think this comment reflects not on any lack of talent on Massena's part but more the fact that Napoleon would have had the full cooperation of the Marshals that Massena was never able to rely on.

I came away from this book with a much deeper regard for Marshal Andrea Massena and a greater appreciation for why Wellington considered him as "their best".

If like me you are interested in the character of these two great commanders during this very important campaign then this book is well worth the read.
Posted by carojon at 11:09