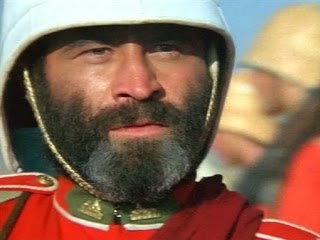 I was very sad to hear the news that the actor Bob Hoskins passed away last week at the, young age of 71.

In a glittering career spanning four decades Bob Hoskins became famous in the 1980's with films such as "The Long Good Friday" playing the London gangster Harold Shand, "Mona Lisa" and "Who Framed Roger Rabbit".

Not surprisingly it is not for these films that I principally remember Bob Hoskins, but more for his masterly portrayal of the loud and aggressive Colour Sergeant-Major Williams in "Zulu Dawn". A film I went to see during its premier in Leicester Square, London.

As a sequel to the original film "Zulu" made in the 60's, and having seen it many times since its release I think Zulu Dawn makes it into the list of "happy to sit down on a weekend and watch" series of films. It clearly benefits from a great cast of British character actors of which I would include Bob Hoskins.

CSM Williams was portrayed as the firm but fair, no nonsense, senior NCO who commanded instant respect from his men but had the common touch to offer a reassuring wink to one of his new recruits as he looked anxiously at the oncoming mass of Zulu warriors. His demeanour instantly portrayed a veteran soldier of the late Victorian Empire who led his men from the front when the fighting got up close and personal, finally succumbing to stab thrusts to his back as he went to the aid of one of his boys. 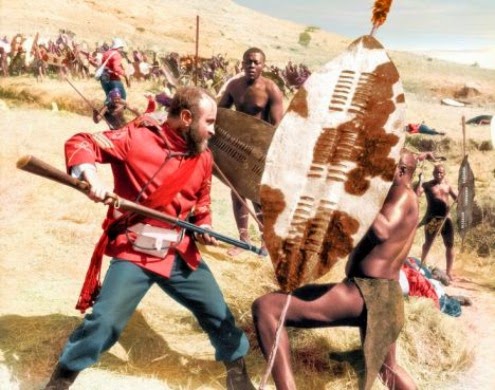 My sincerest condolences to Bob Hoskins family for their loss.