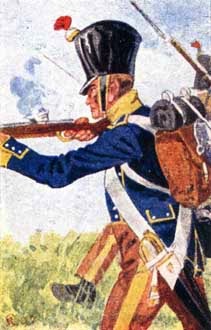 A few days ago I announced plans to commence work on the Talavera campaign and have started to build General Laval's "German Division". 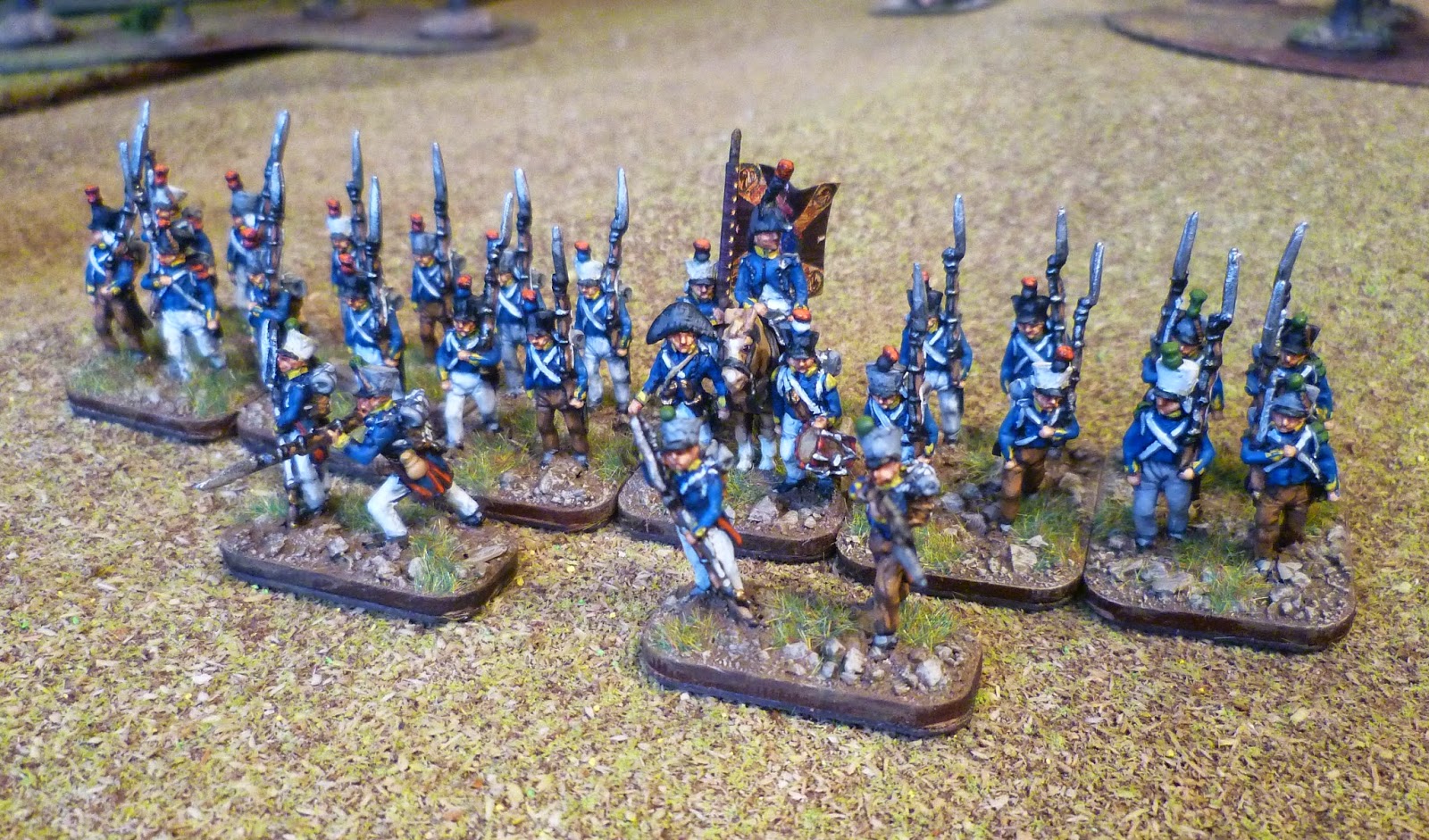 The brigade of two battalions was formed in August 1808 and, during its time in Spain, was referred to as the Regiment de Hesse by the French. 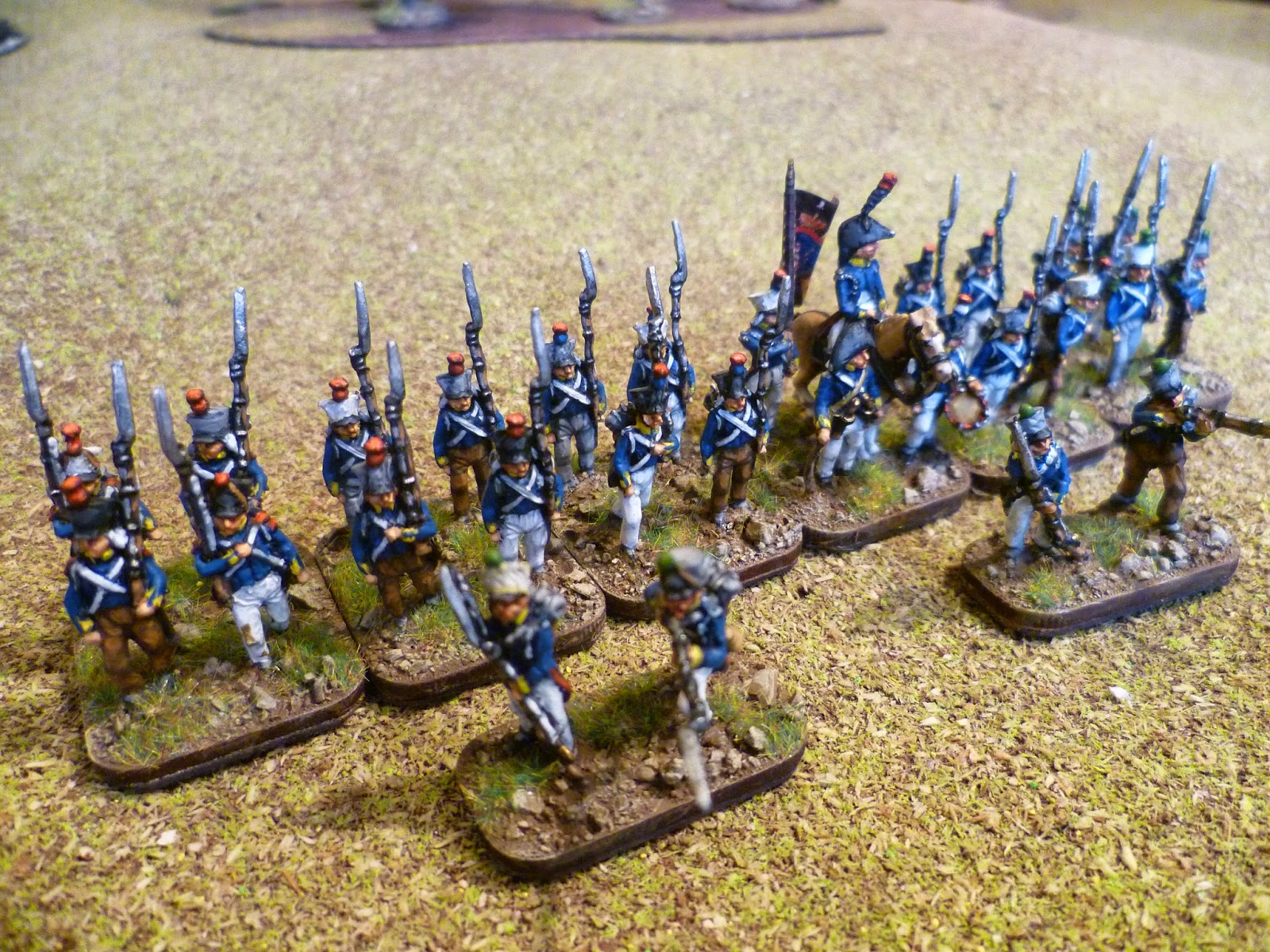 Both battalions were reorganised along French lines with four fusilier companies, a voltigeur and grenadier company. As well as being at Talavera in 1809, the regiment was also present at Medellin, Ocana and the defence of Badajoz in 1812. 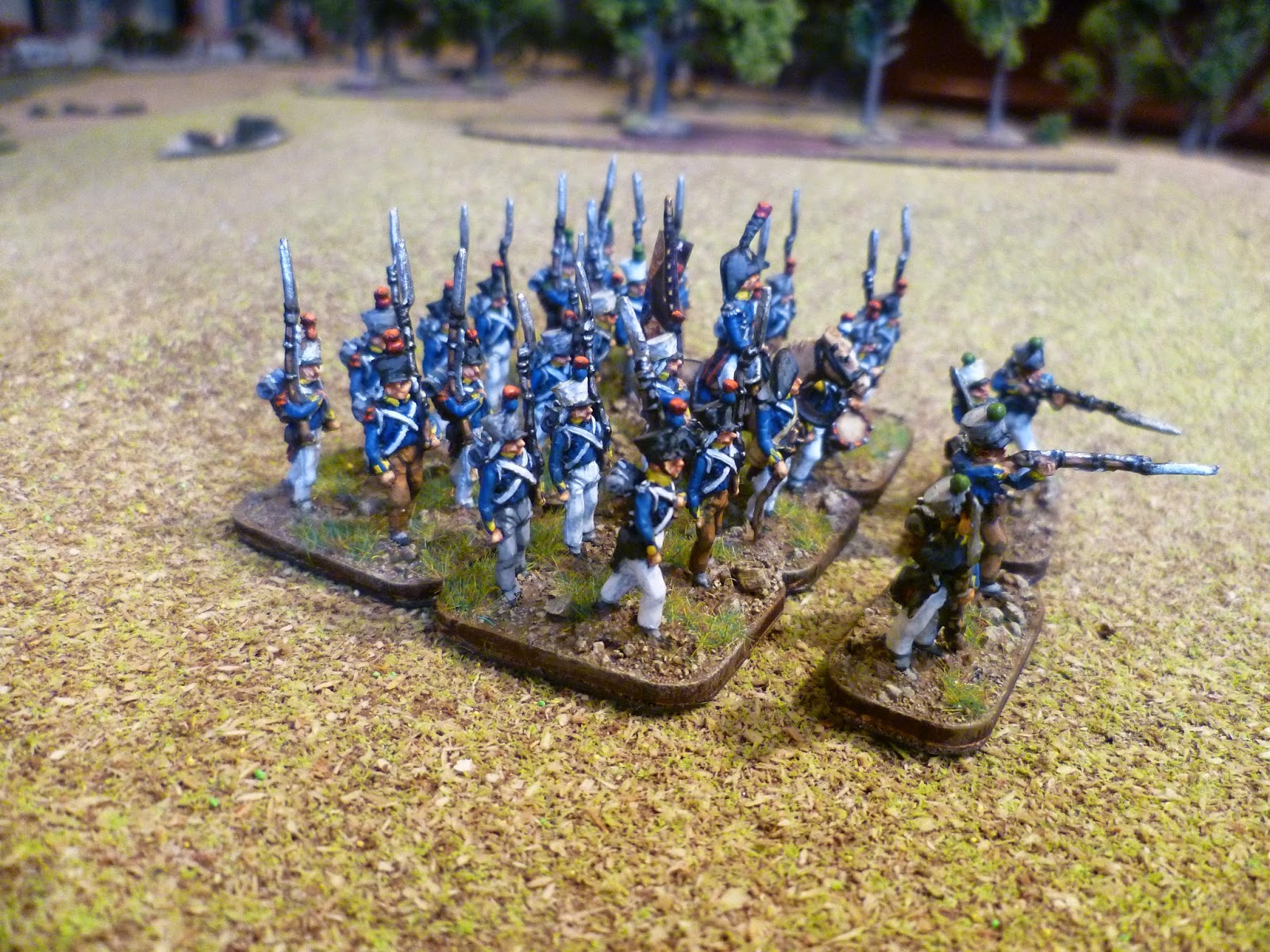 My battalion is composed principally of figures from Warmodelling. I particularly like the neck cloths attached to the Shakos on these sculpts. They really capture the campaign look of these guys that you see in contemporary pictures of the troops in the Peninsula. The horse for the Colonel is a replacement AB mount, you can't beat an AB horse, and with a little bit of filing the Warmoddeling Colonel fitted perfectly. The Colour is from Maverick Models and thanks to Stuart for getting this one and others of the German Division off to me within a few days of ordering. 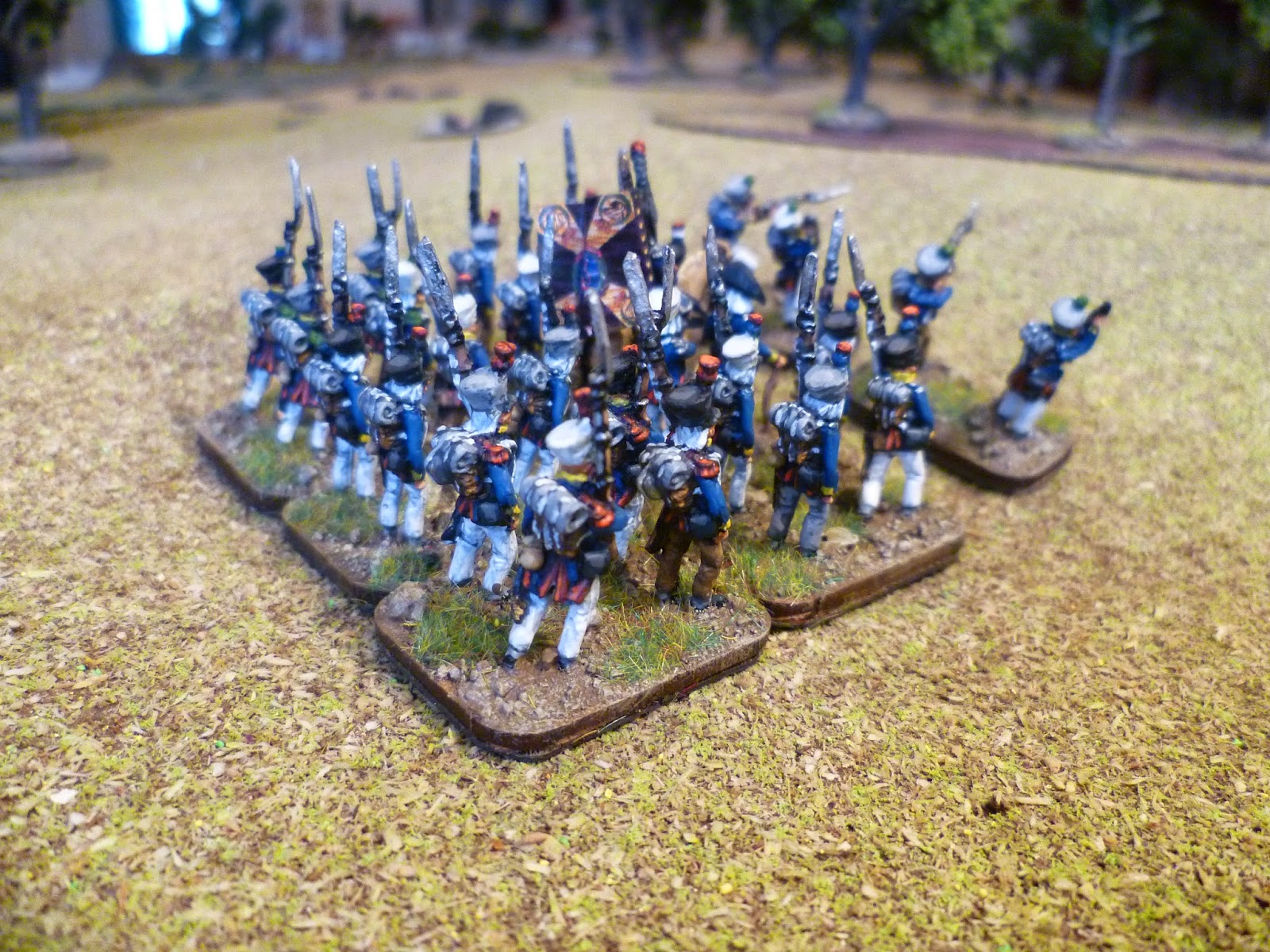 I hope the pictures do the battalion justice as my usual camera is in for repairs at the moment and my terrain is all set up for tomorrows Oporto game hence the unit is pictured on my table. 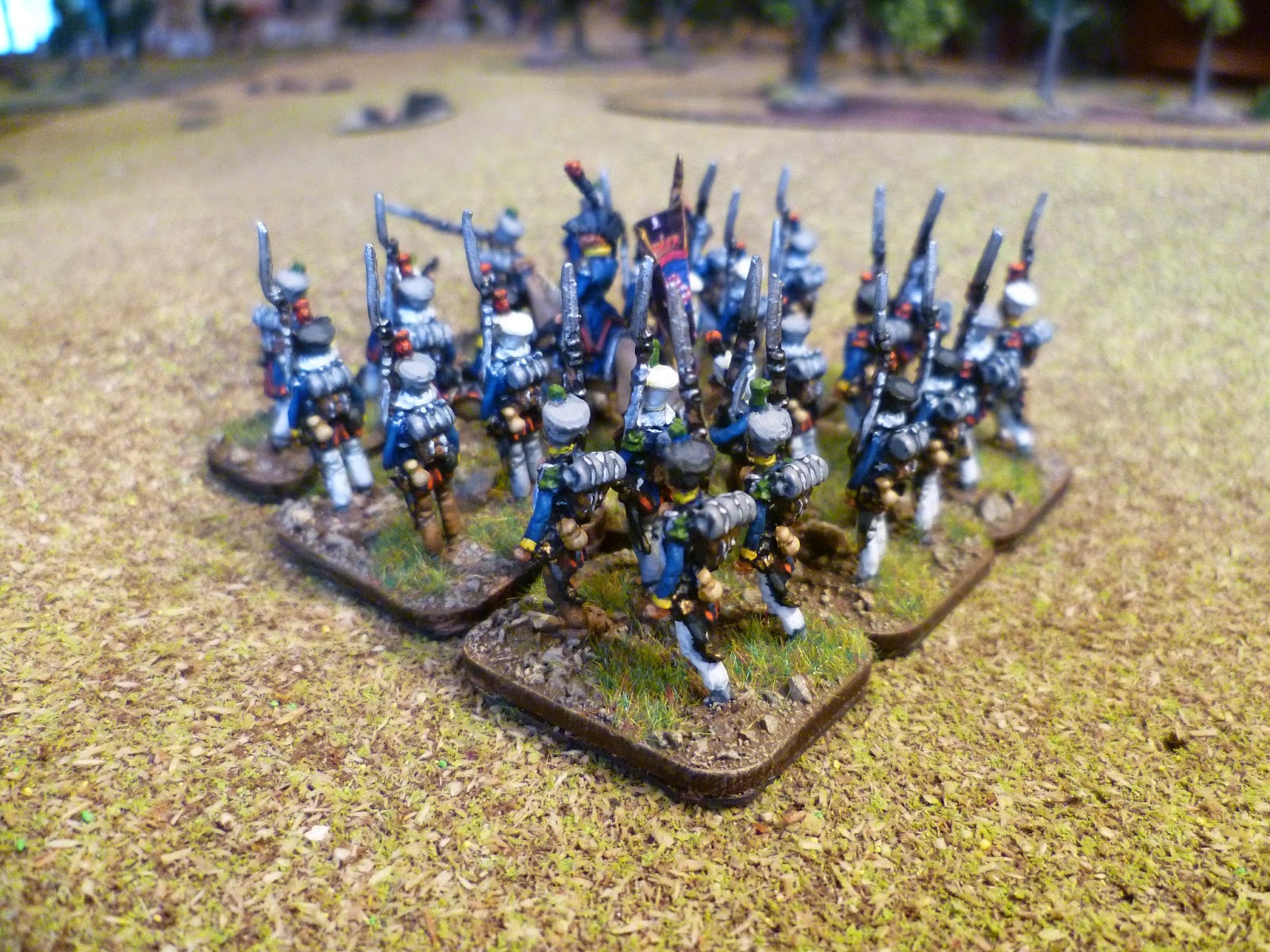 A particular reference I found useful was

Napoleon's German Division in Spain by Digby Smith is also a very informative source. A review of the book can be found here.
Napoleon-Series

Next up the Second Battle of Oporto game two.