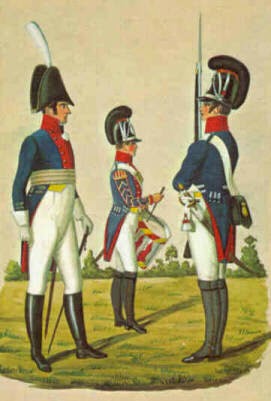 The completion of the German Division, took one step nearer with the addition of the 2nd Battalion of the 4th Baden Regiment. For a potted history and links I referred to in the construction of the regiment just click on the link in the orbat above for the 1st Battalion. 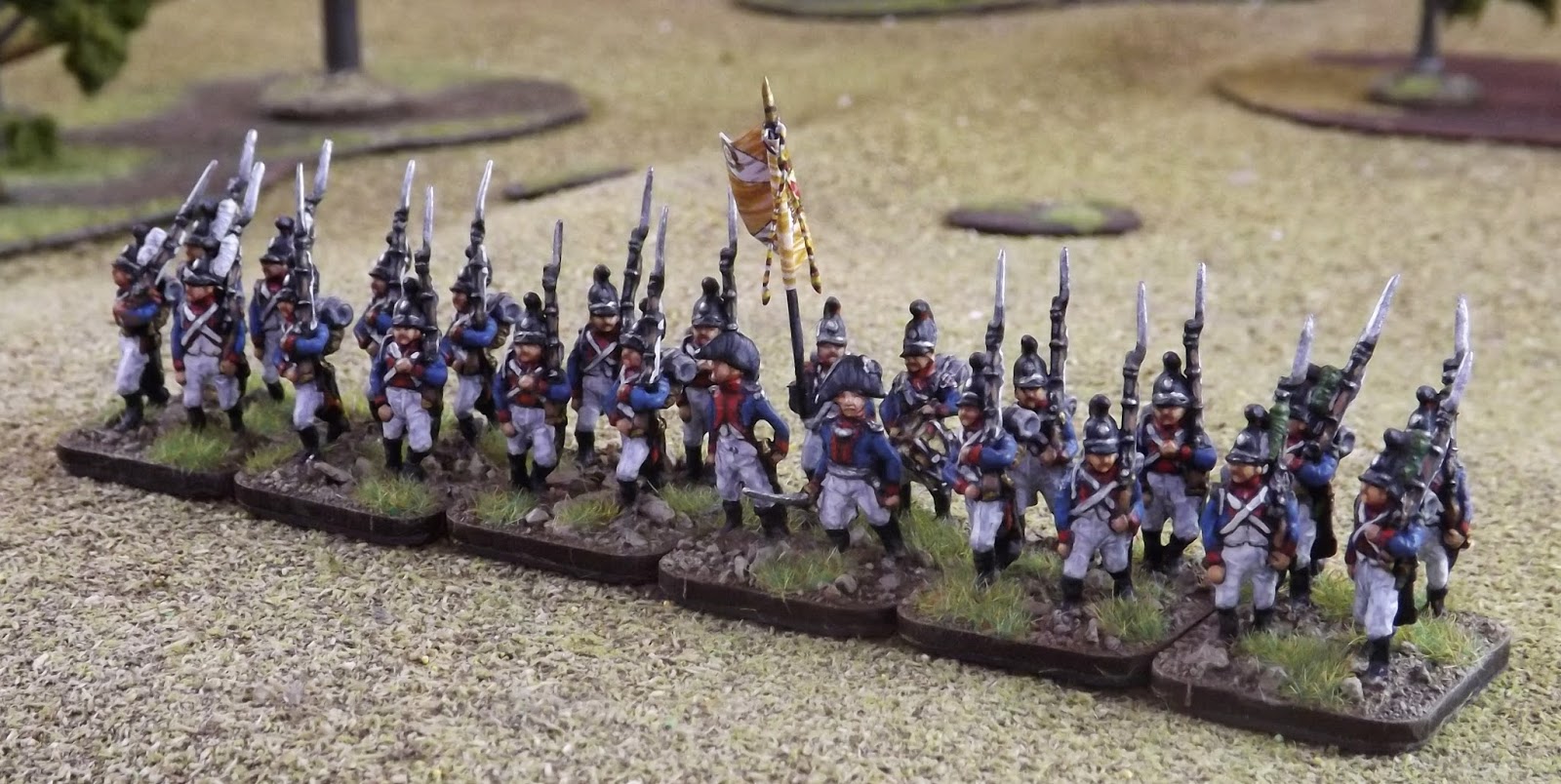 As previously the unit is composed of Warmodelling figures except the skirmish elements which are adapted AB Bavarians. 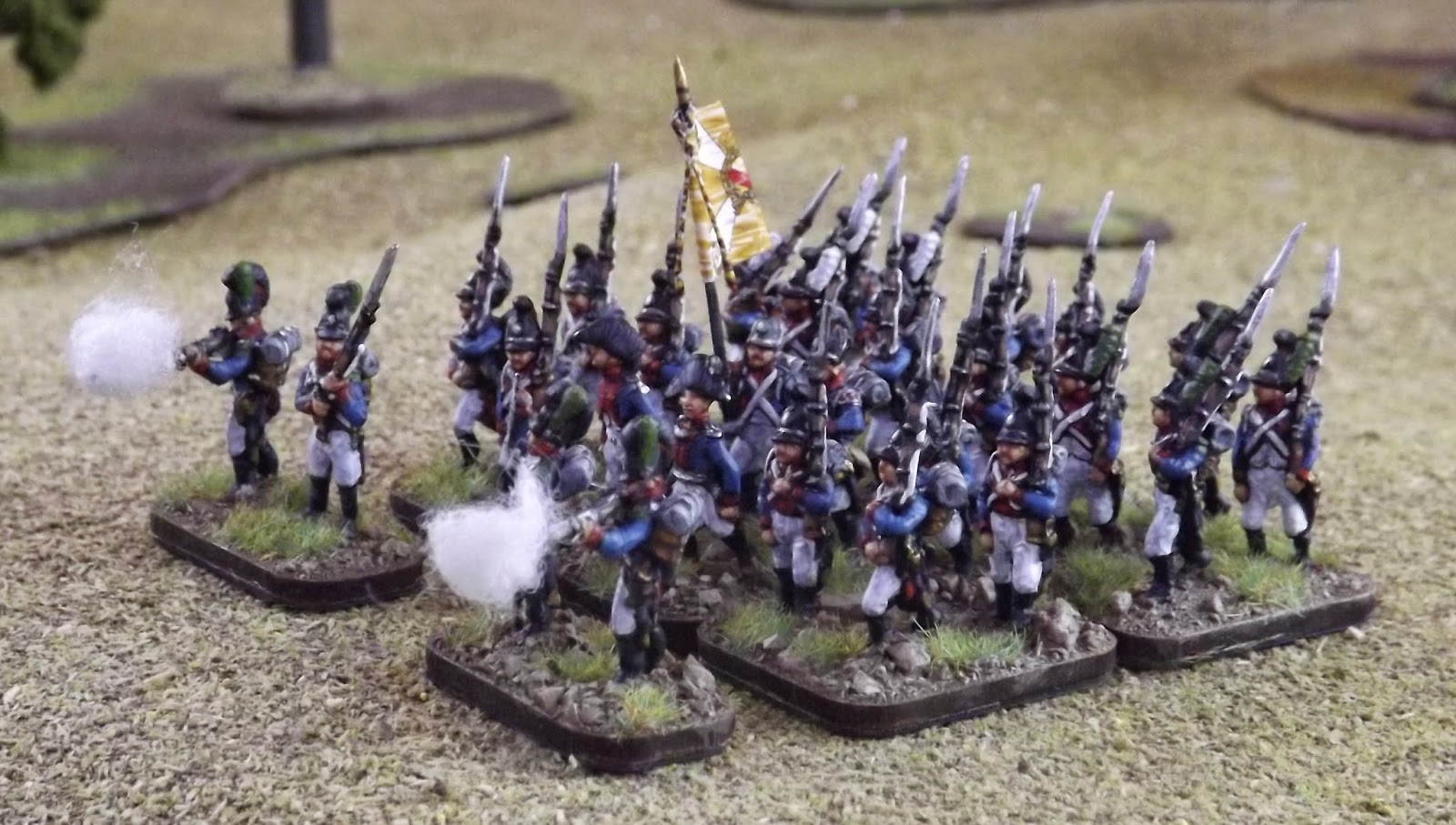 The Baden colour (Regimenterfahnen) is for the 4th Regiment, white with the yellow cross and reversed to that carried by the 1st Battalion. As before this was supplied by Maverick Models, a link for which is in the side bar. 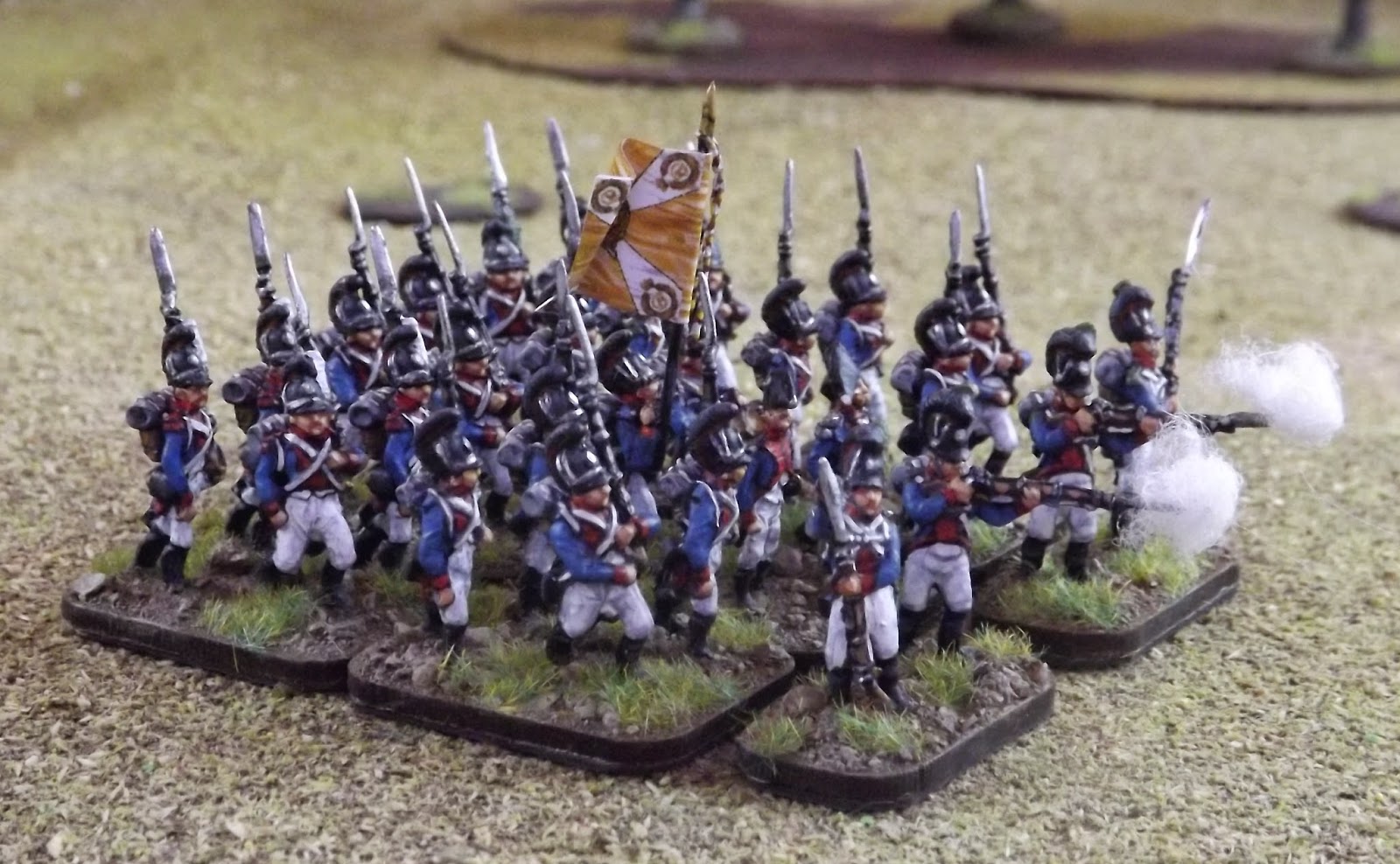 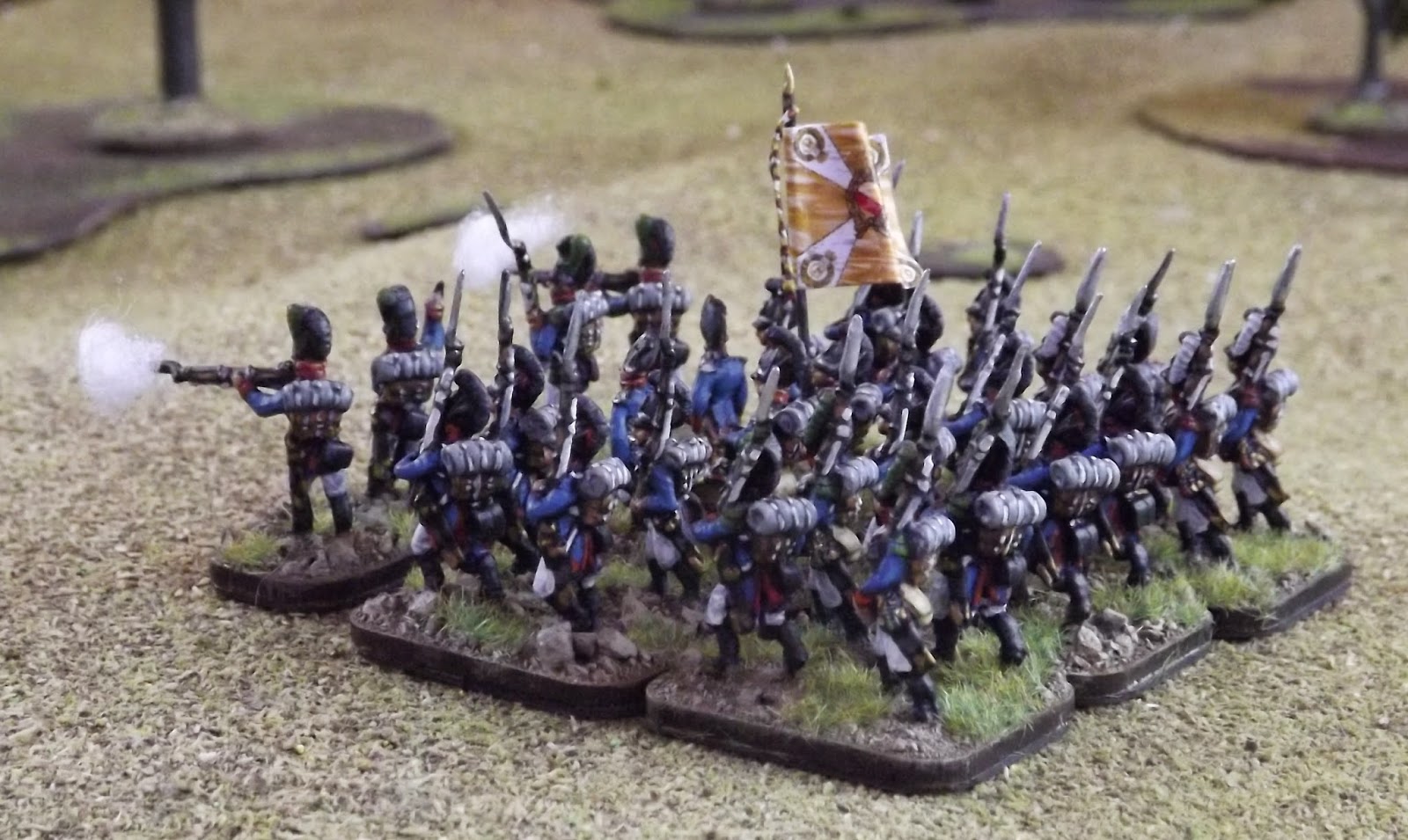 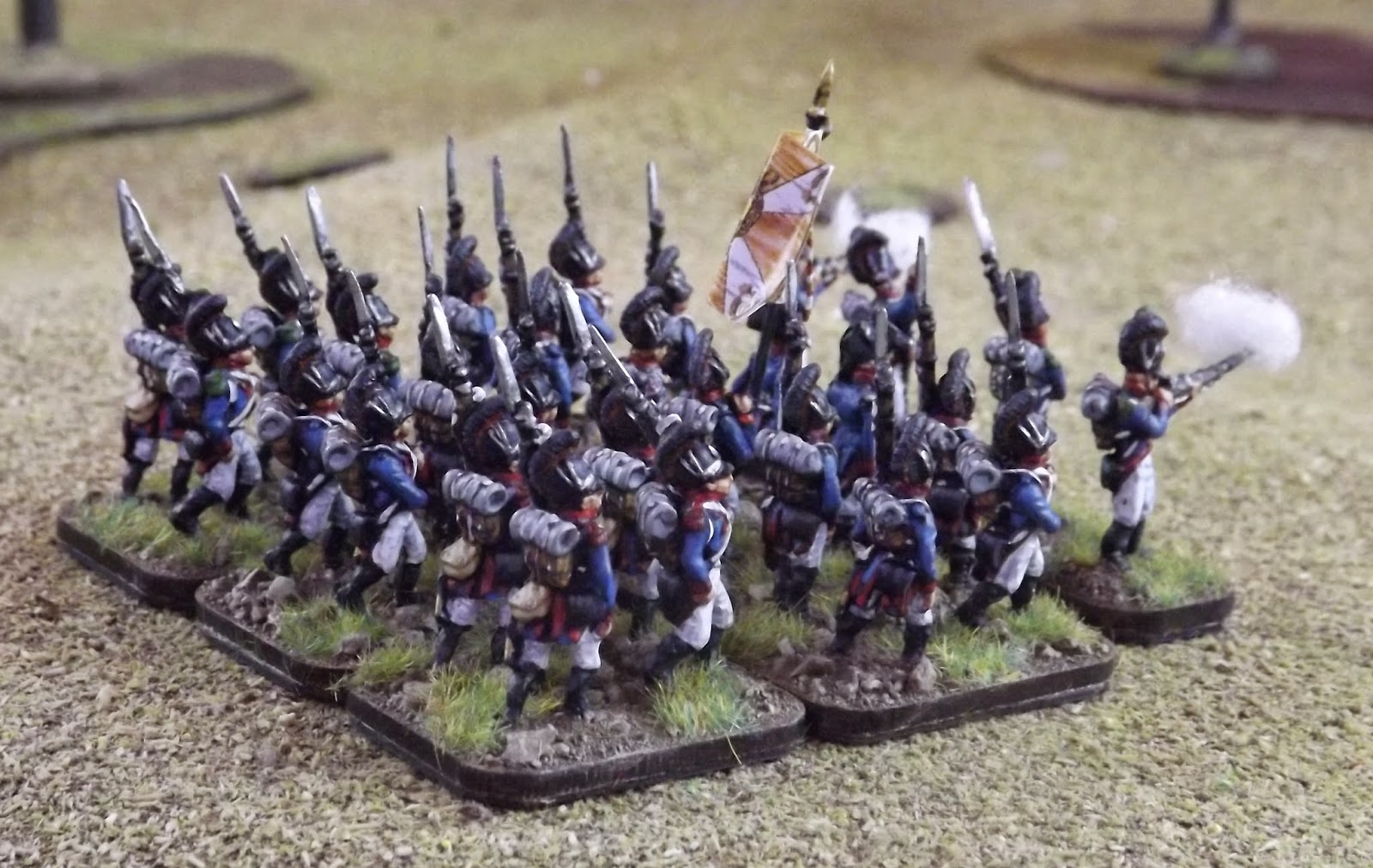 I thought it would be complete to show the Regiment together with their brigade commander, OB Heinrich Freiherr von Porbeck, who was modelled using a Warmodelling Austrian commander.

Next up the final unit in the division, the Baden artillery and then it's on to some Germans serving in Wellesley's army.
Posted by carojon at 06:51