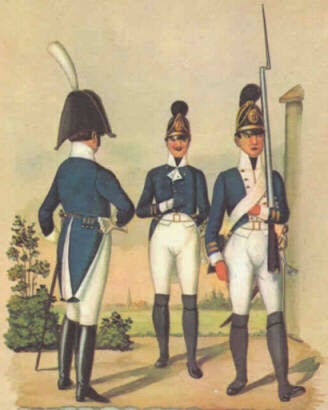 With the completion of the 1st Battalion of the the 4th Regiment of Baden Infantry, I am on the last infantry component of the "German Division" at Talavera and the last three units to be done. The Order of battle below illustrates progress too date and will allow you to view previous units completed so far. 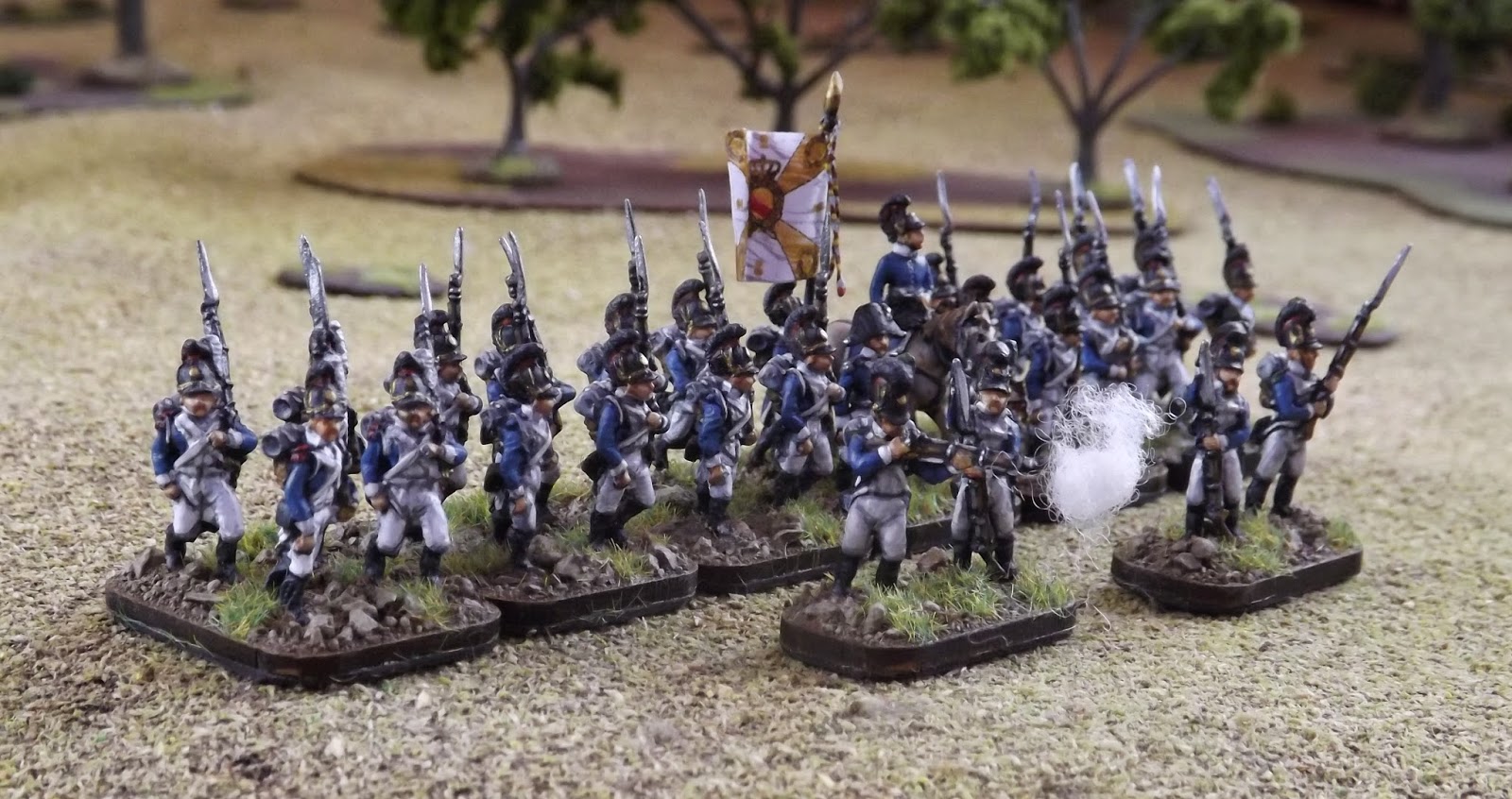 The Baden Infantry Regiment was, like the Kingdom of Holland Regiment, a composite unit composed of the 2nd Battalion, 3rd Regiment Rastatt (Red Facings) and the 1st Battalion, 4th Regiment Freiburg (White Facings). The two battalions and a battery of artillery under the command of Oberst Heinrich von Porbeck , who was killed at Talavera, formed the Baden contribution coerced out of Grand Duke Carl Friedrich of Baden by Napoleon. 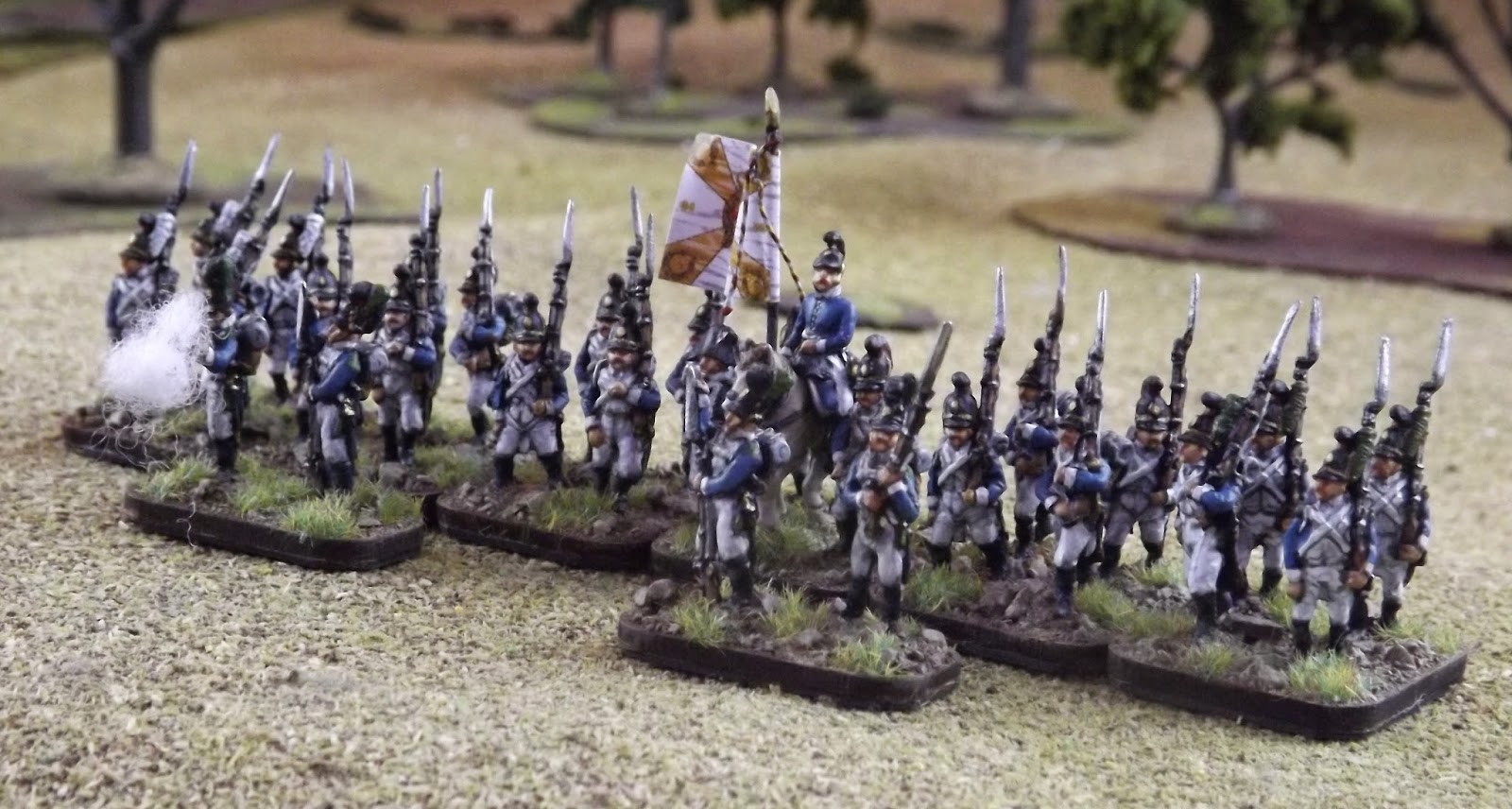 The regiment and the battery marched out of Baden on 24th August 1808, reaching Bayonne on the 12th October, covering 1000km in 48 days. The infantry were issued with French model muskets and the artillery with French 4 lbr guns, simplifying the logistics of ammunition resupply. On the 16th October 1808 they entered Spain.* 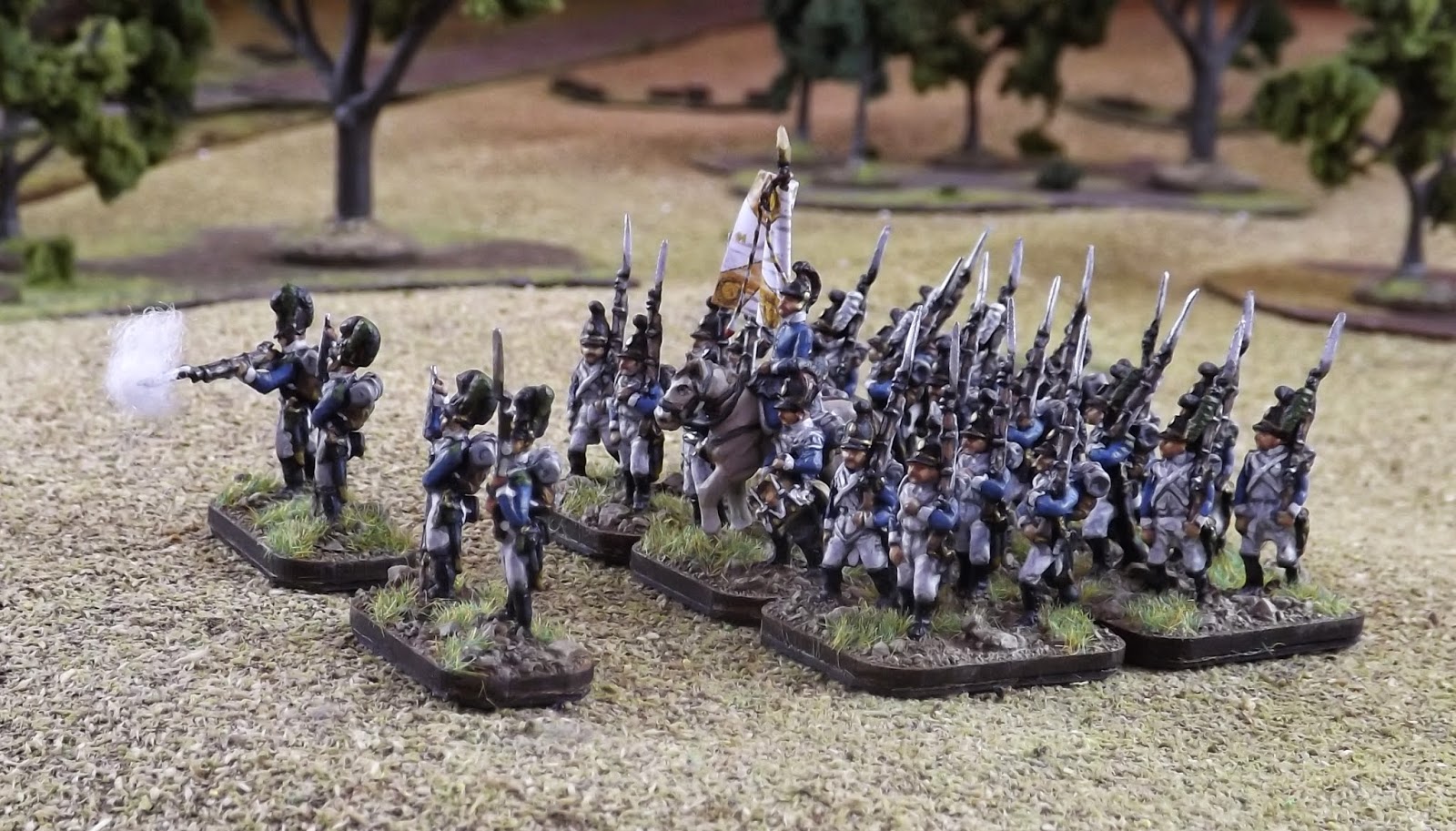 The Baden infantry was organised on the French system with four fusilier companies, a voltigeur and grenadier company in each battalion. When they marched into Spain, most sources agree they were still wearing the Bavarian style black leather helmet, the kasket, probably changing to French style shakos in 1810. So for Talavera I was keen to have my Badeners in their distinctive looking uniforms. 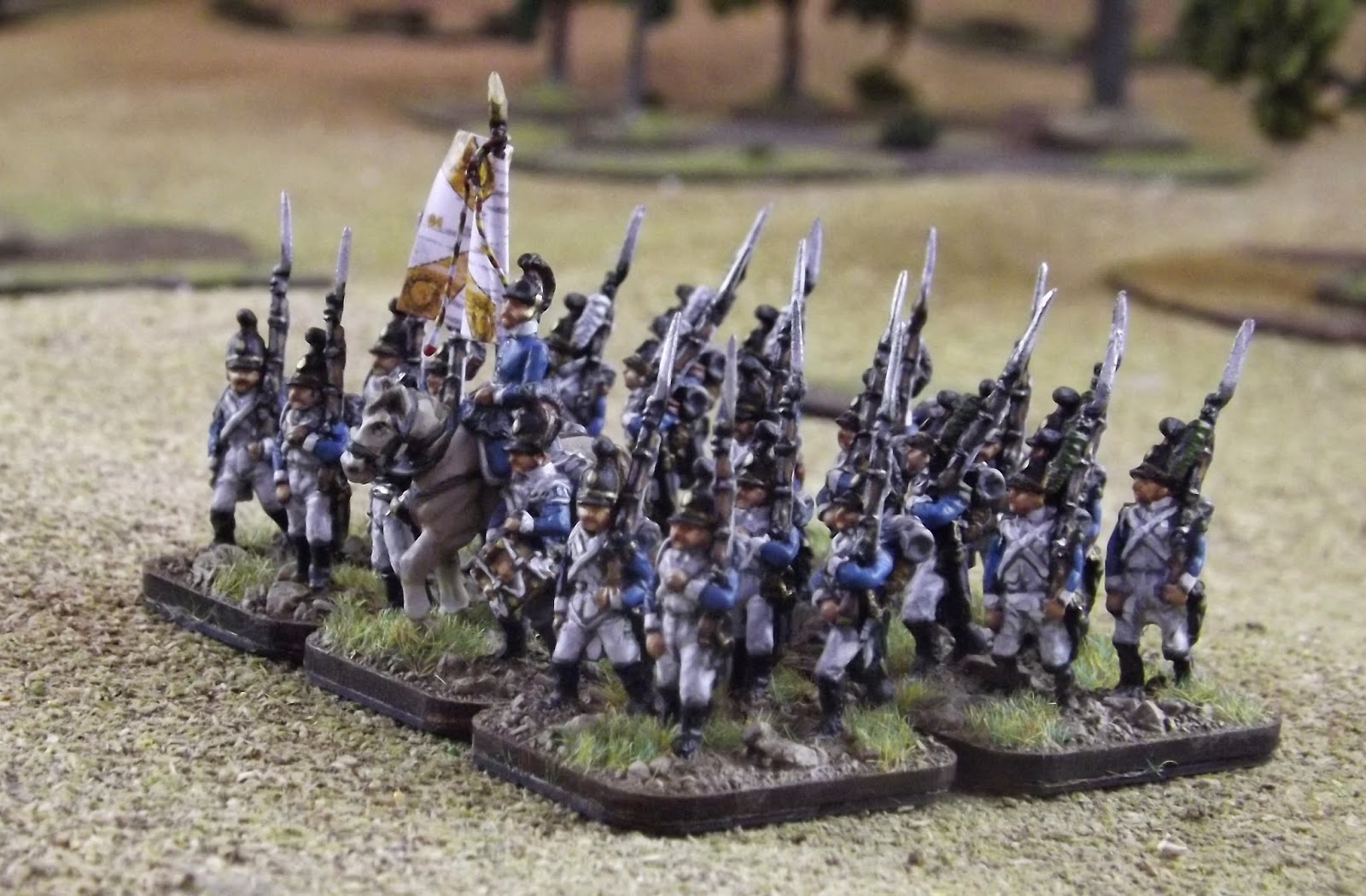 After much thought I decided to keep to the theme of using "Warmodelling" figures for the bulk of this division, with AB Bavarians with slightly modified kaskets to represent the skirmish elements. 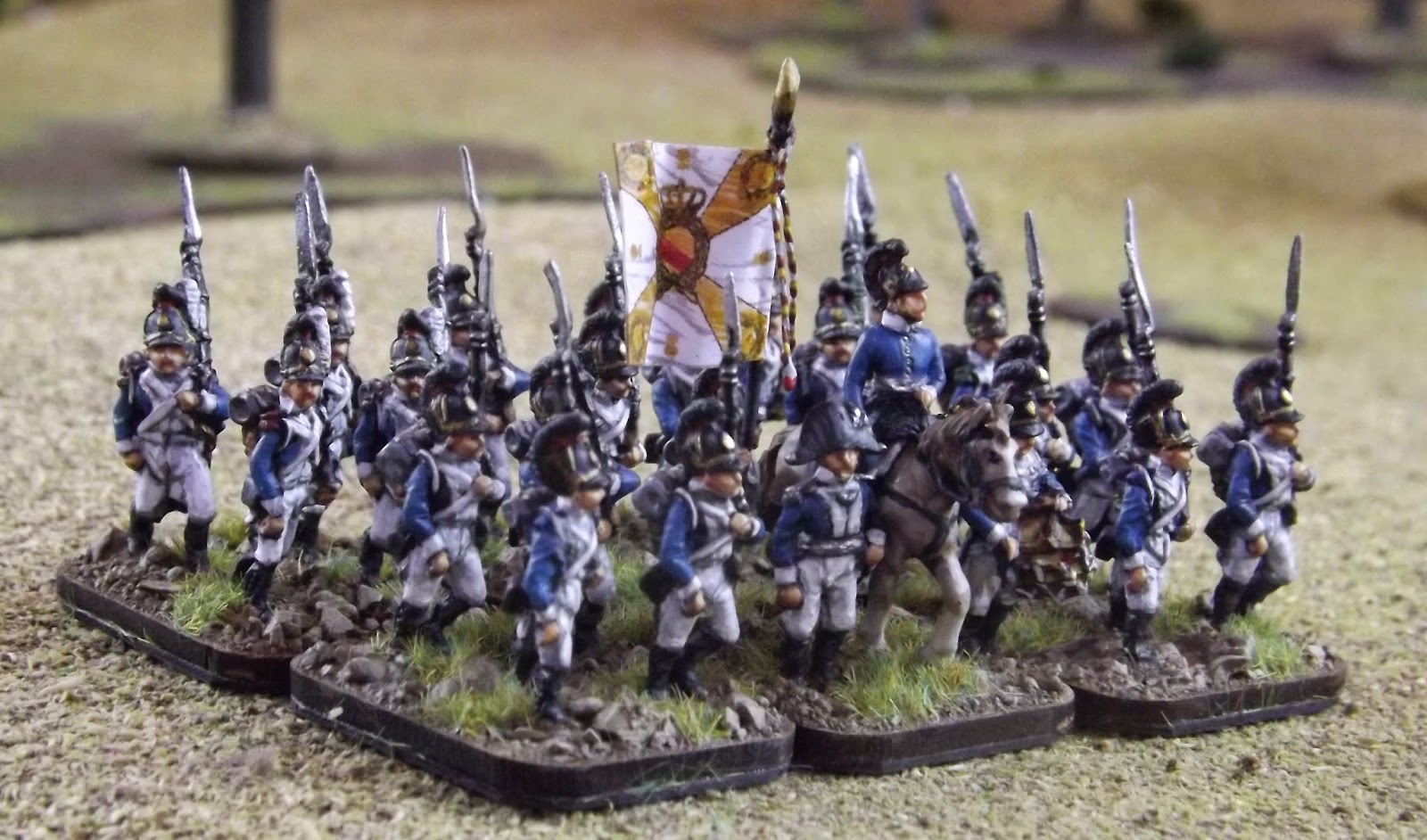 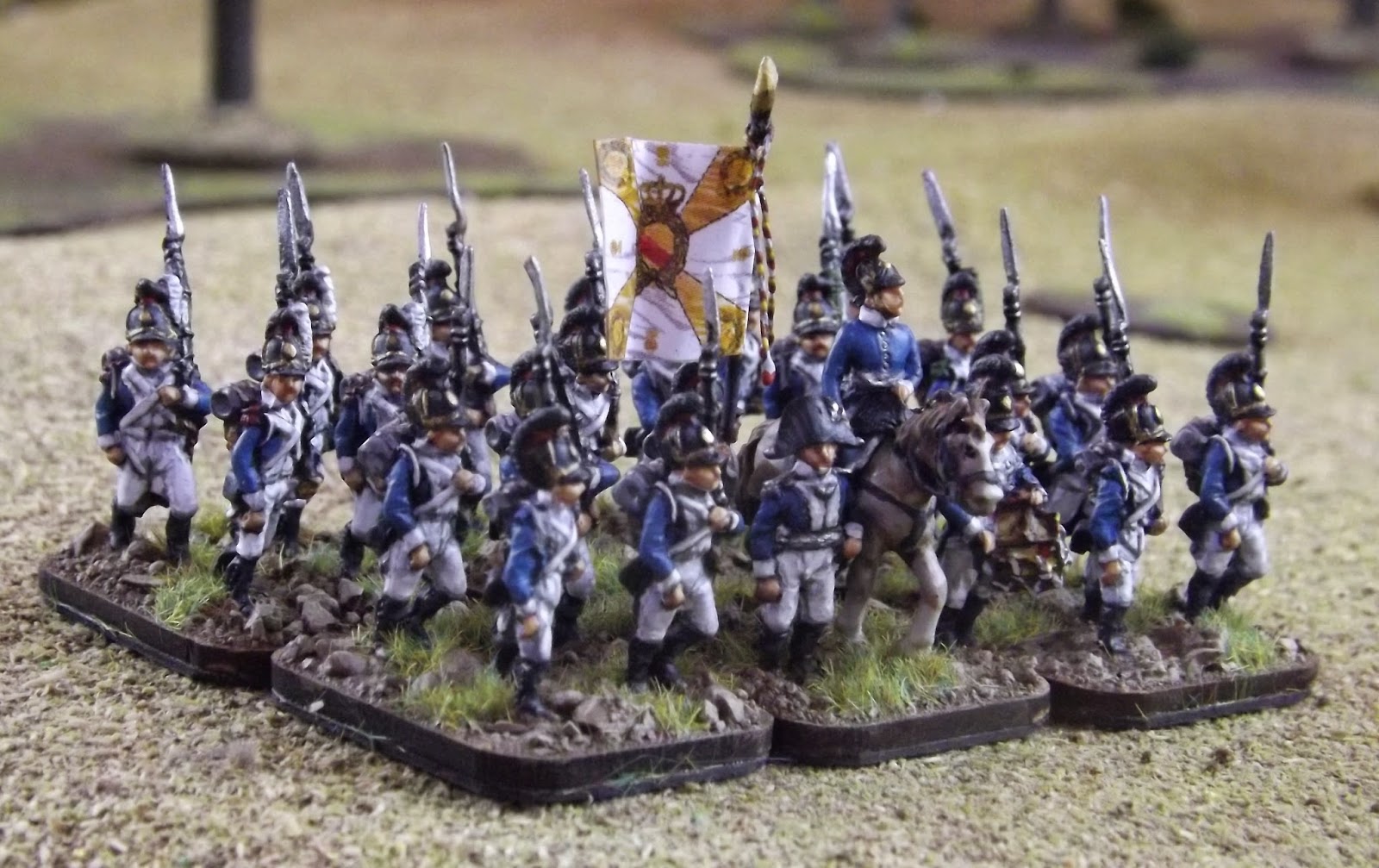 The mounted officer is speculative on my part, being a "Warmodelling" Austrian ADC that came with an Austrian General who will be my brigade commander "von Porbeck". He should probably be wearing the side to side bicorne, as with the foot officer, but I couldn't resist having him with a kasket. 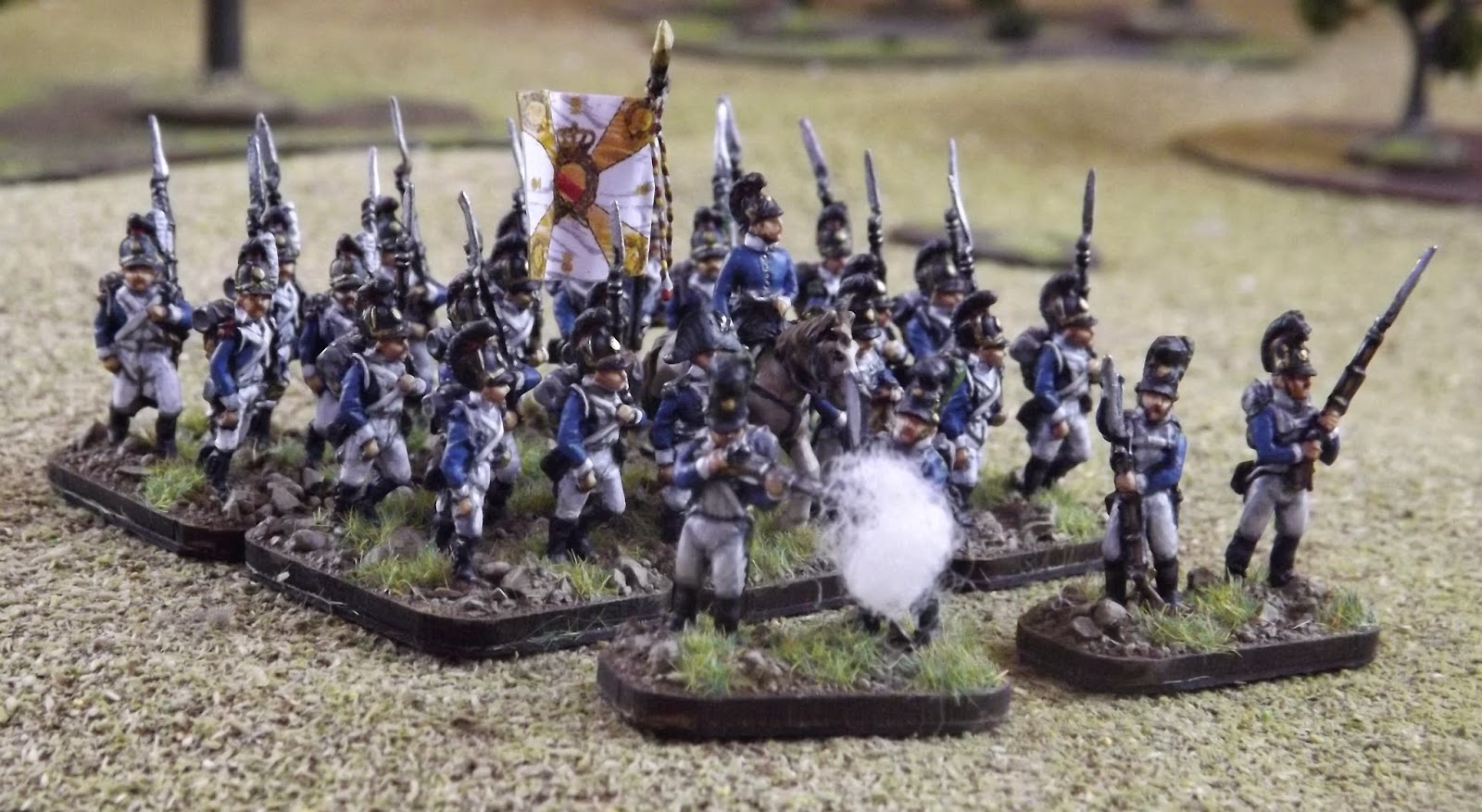 The flag (Leibfahne) is from Maverick Models. The staff is described by Digby Smith as being black, topped by a gilt finial, with chords or red, white and gold 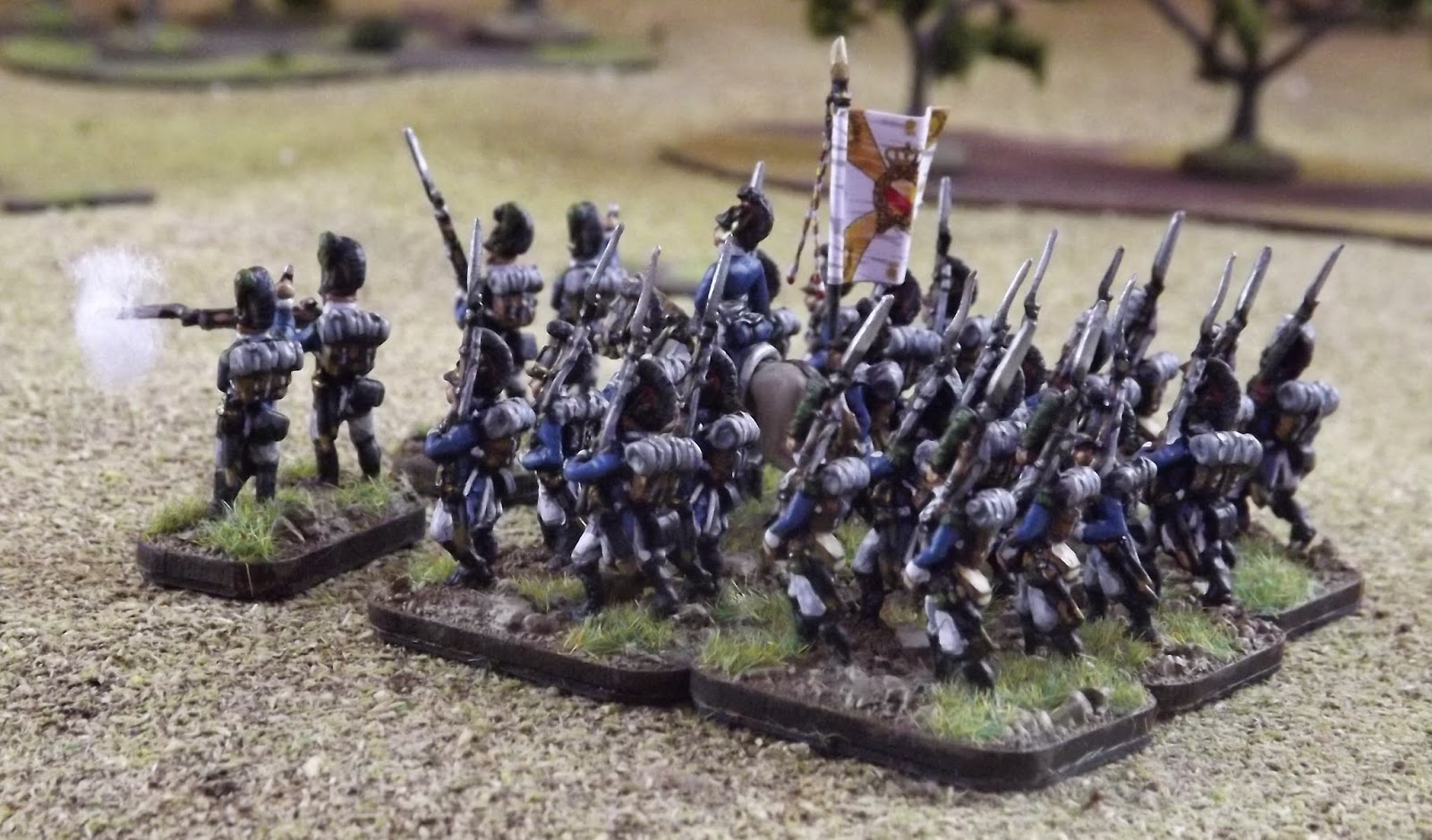 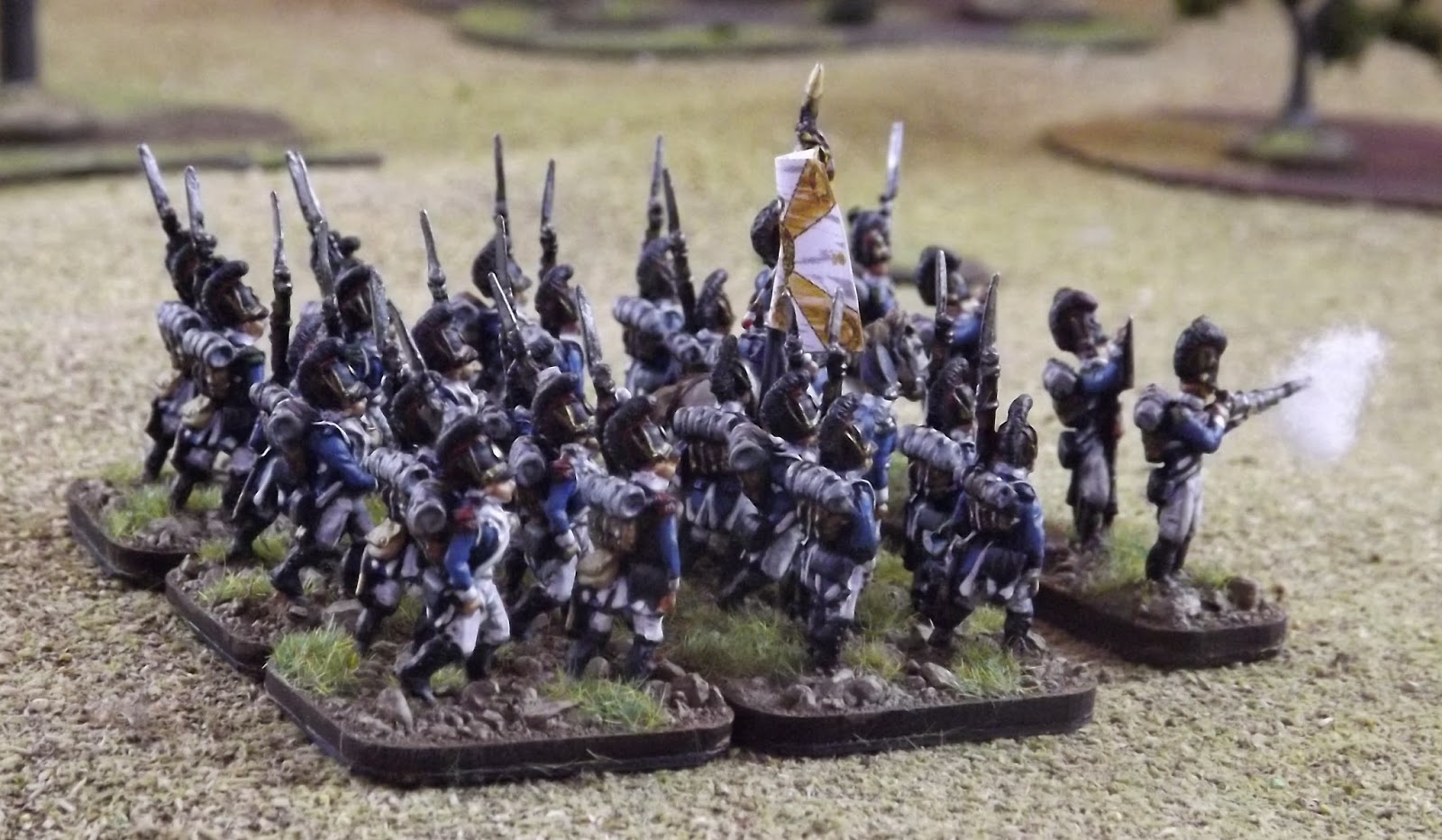