I have to admit that the completion of the German Division, although fun and something I have always wanted to do, was a major indulgence on my part and a slight variation on my Talavera project plan. That variation being, that I intended to complete units for scenarios that would build up to the full battle and the German Division don't feature until scenario three, and there are other units required for scenario one that remain un-painted.

That being said I am hoping to have scenario one up and running around Xmas this year so please bear with me and as recompense, I thought I would share some pictures of the German Division as a whole. I should add that for Talavera the two battalions of the 4th Polish  Infantry Regiment were under the command of Laval, but as they were an attachment and will be present in scenario three I will add them later. 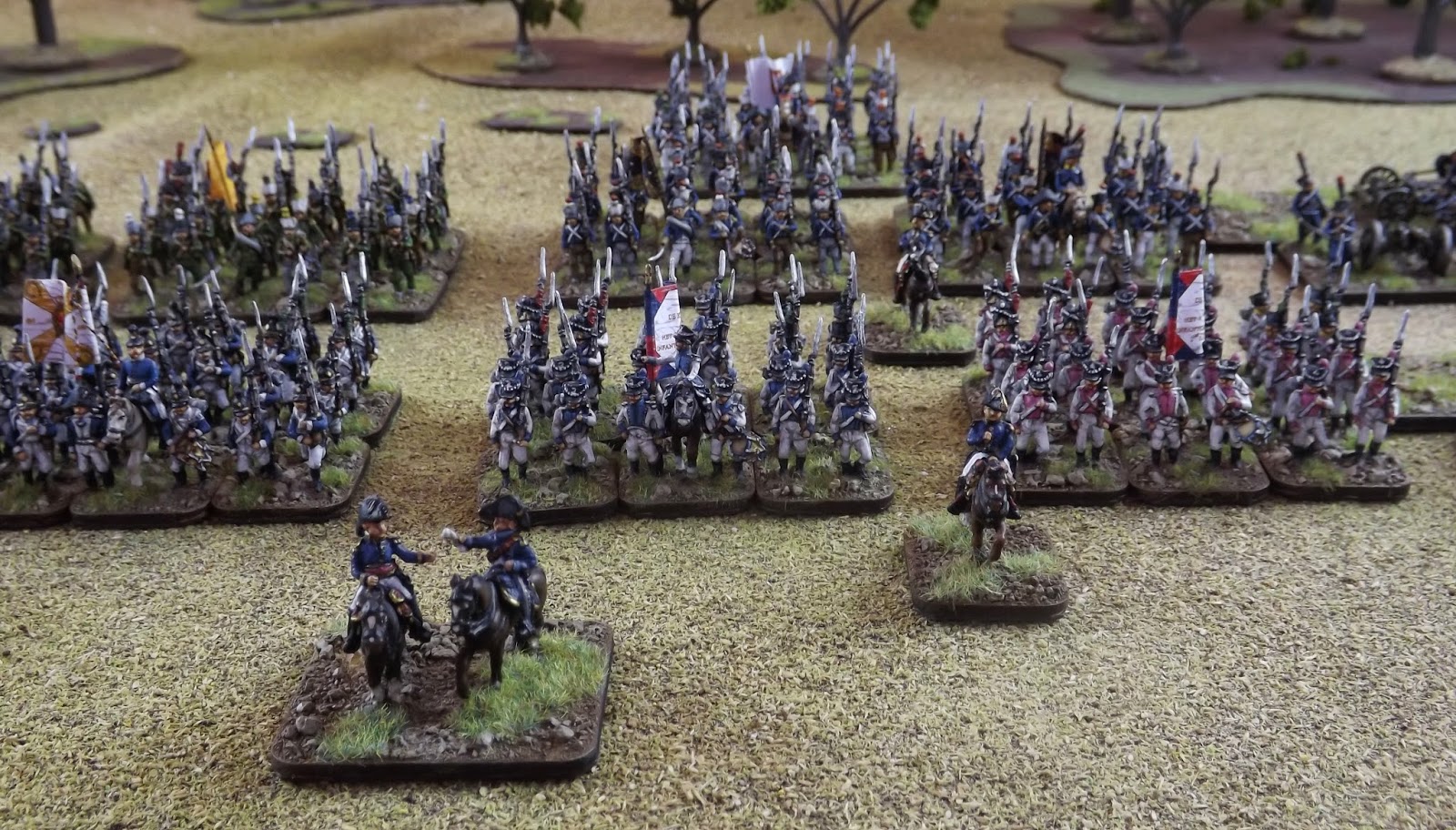 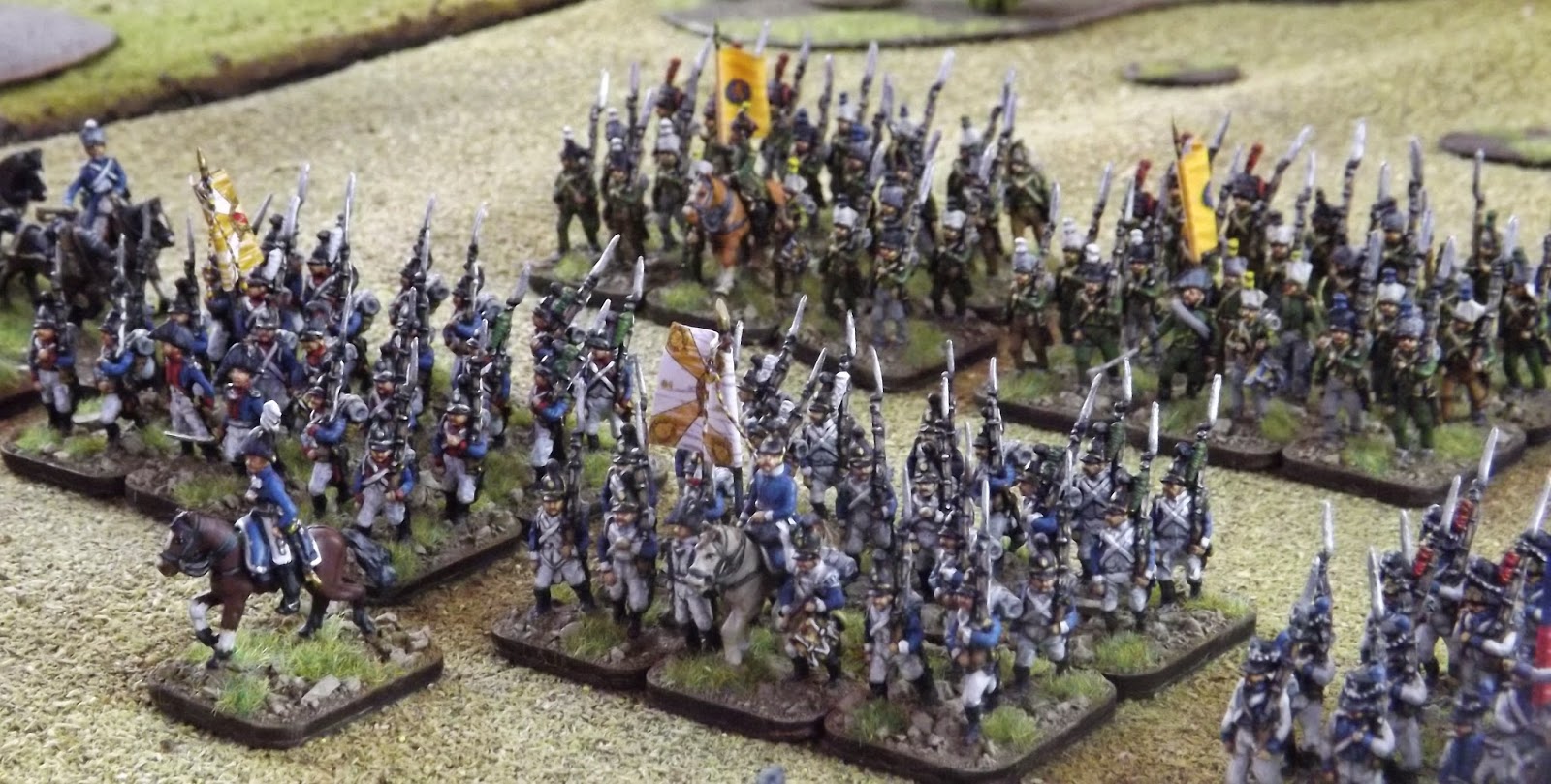 For close ups of the individual units just click on the links in the order of battle above.
Posted by carojon at 01:32