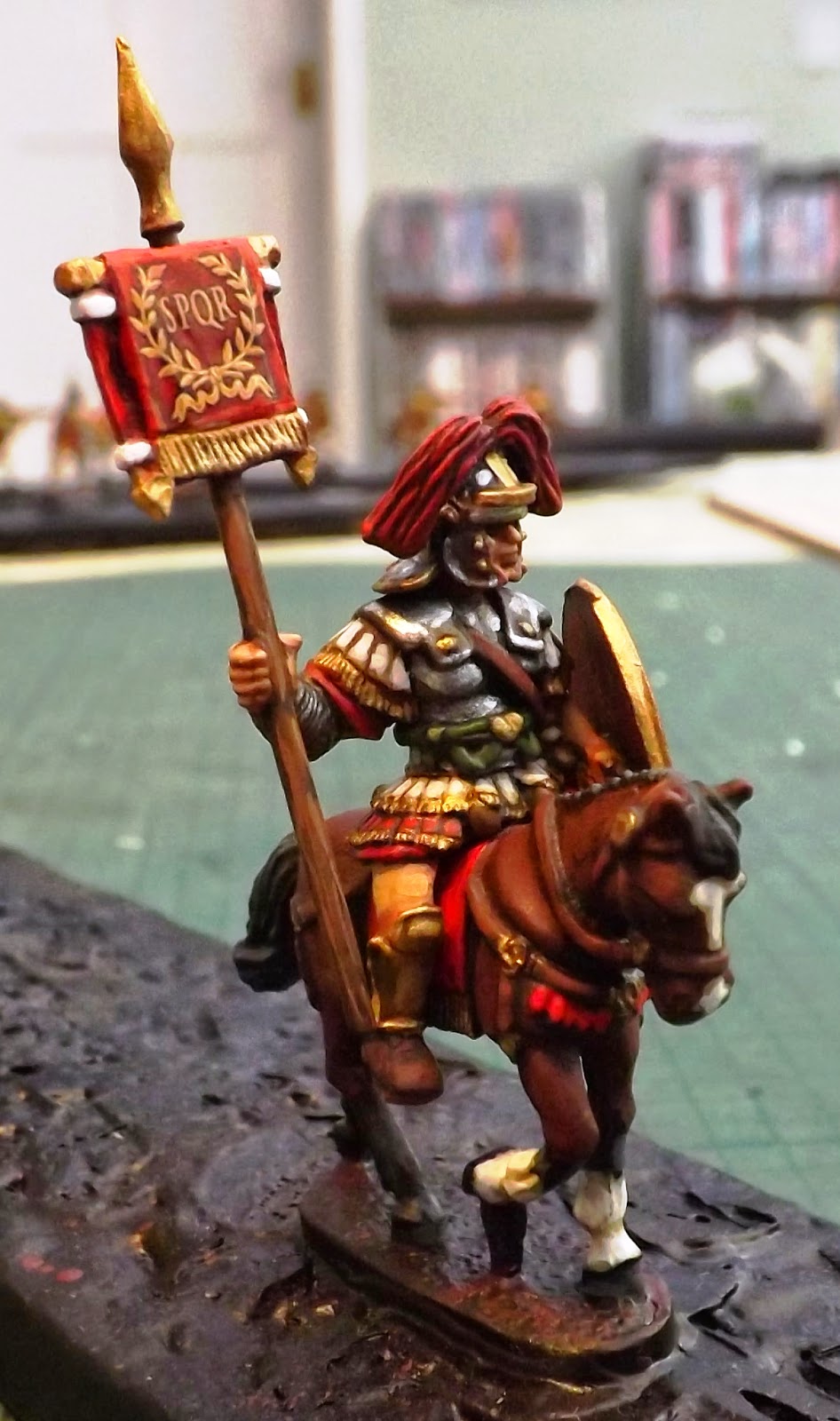 The Christmas break has been an excellent time to get a few painting jobs done before getting stuck into the Peninsular War project for 2015.

I would usually show you the finished based items and in the case of my Roman Command, that will follow, pictured under proper lighting. 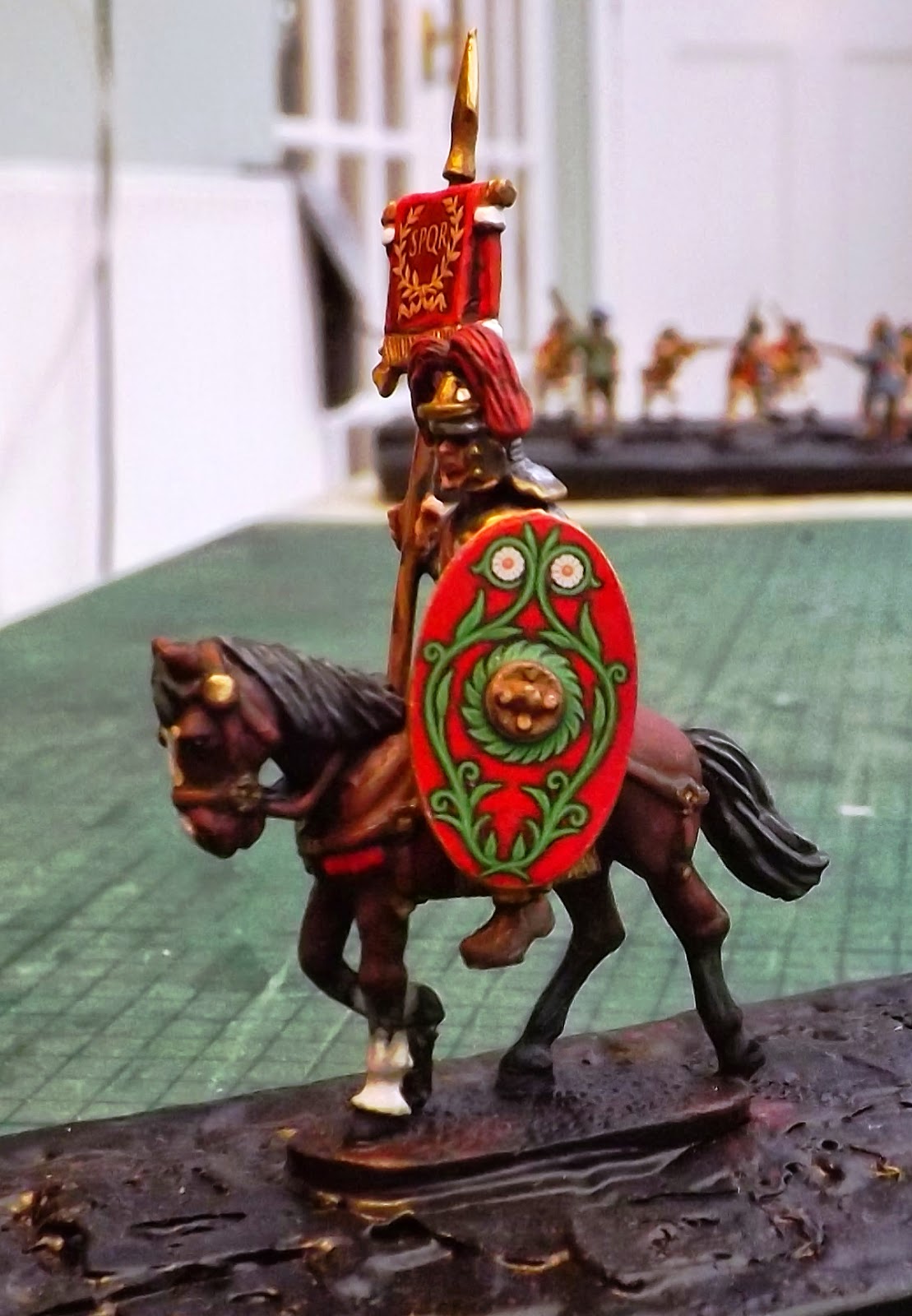 First up was this Roman command set from Aventine Miniatures using decal sets from Little Big Men Studios. These guys don't really fit the Trajan look form my command for that period, but will come in handy when we start doing some Roman civil war action. 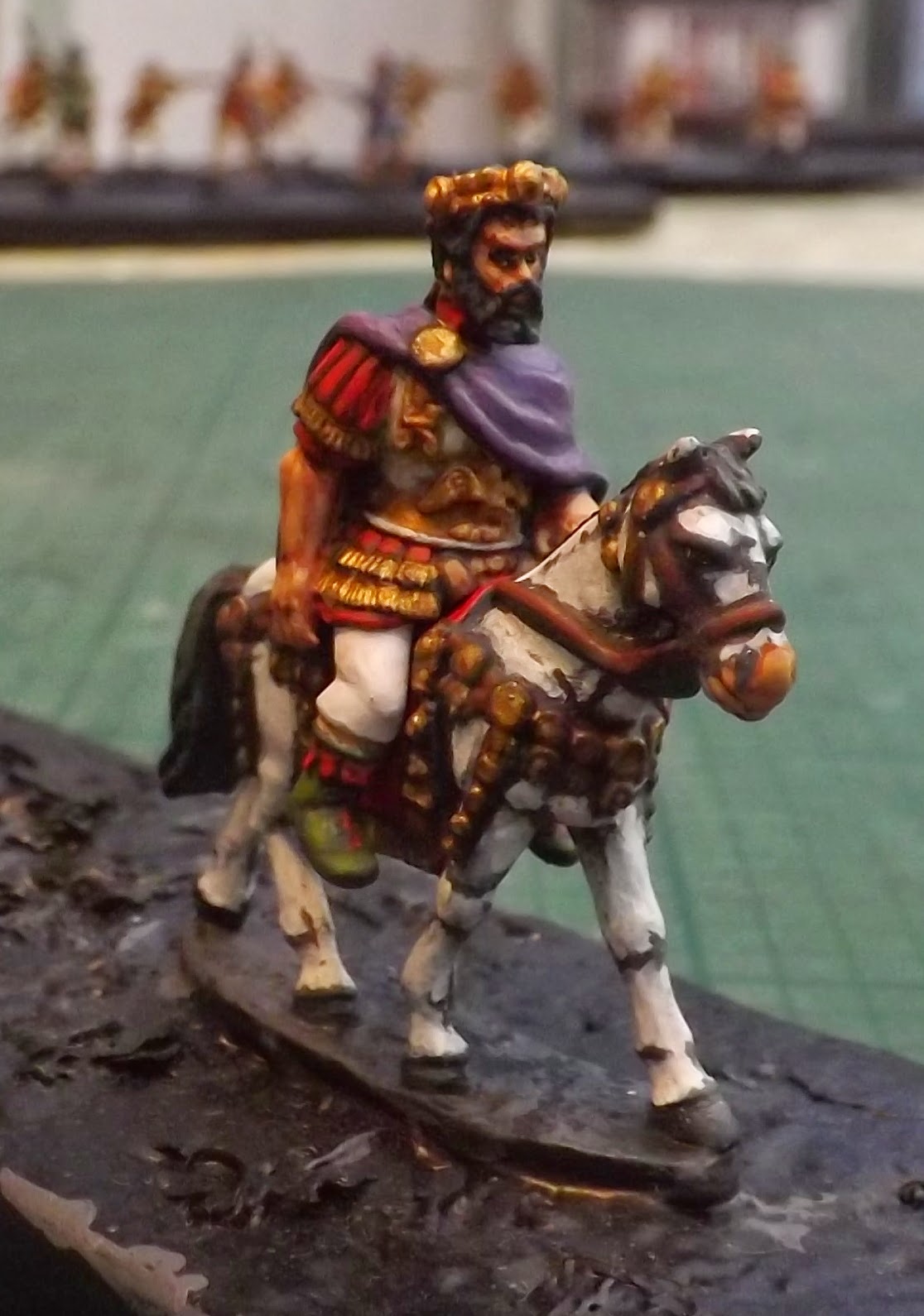 The lighting doesn't do these figures justice, but hopefully you can get an impression of the detail, and I will re-post the finished group when based. 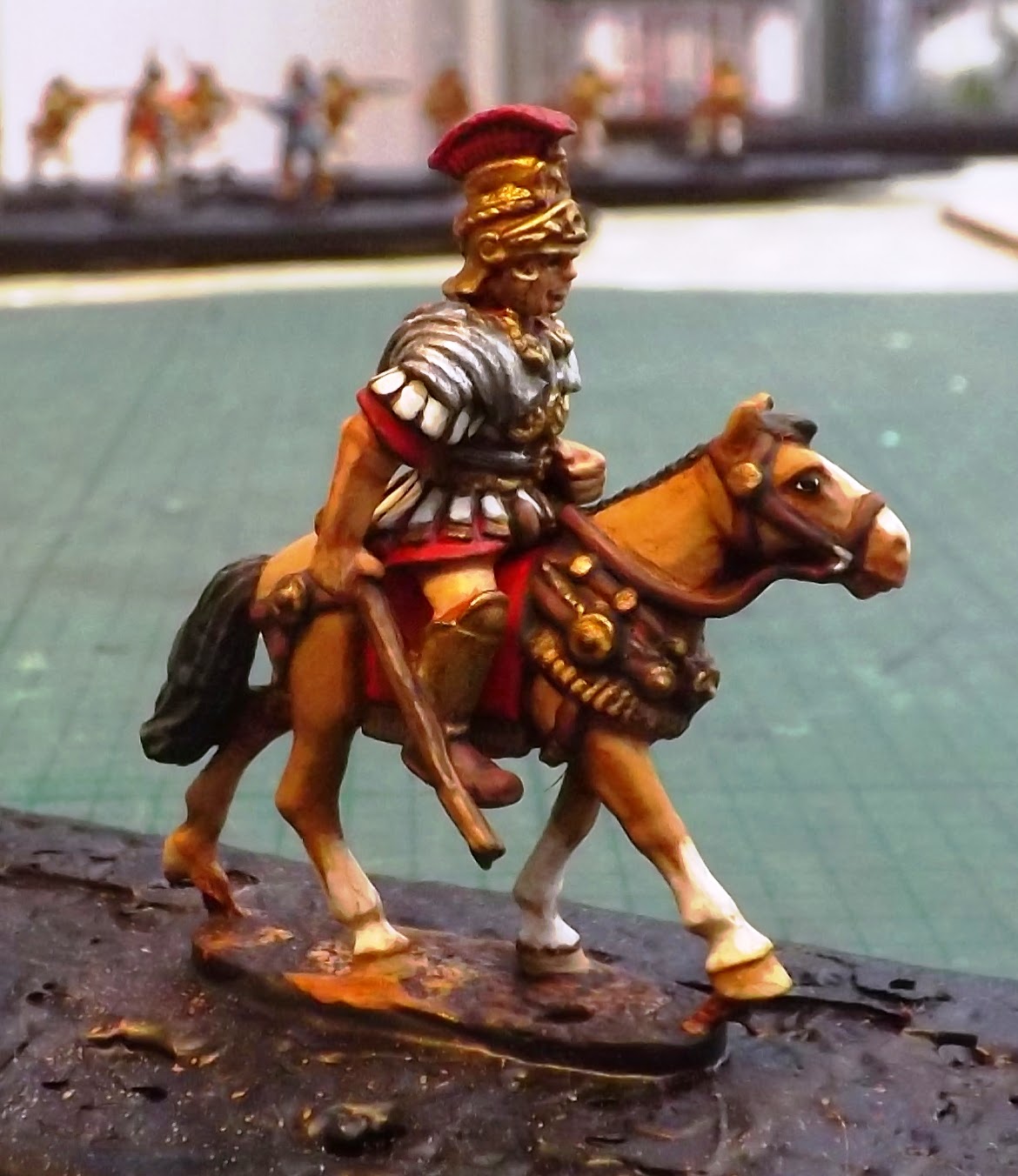 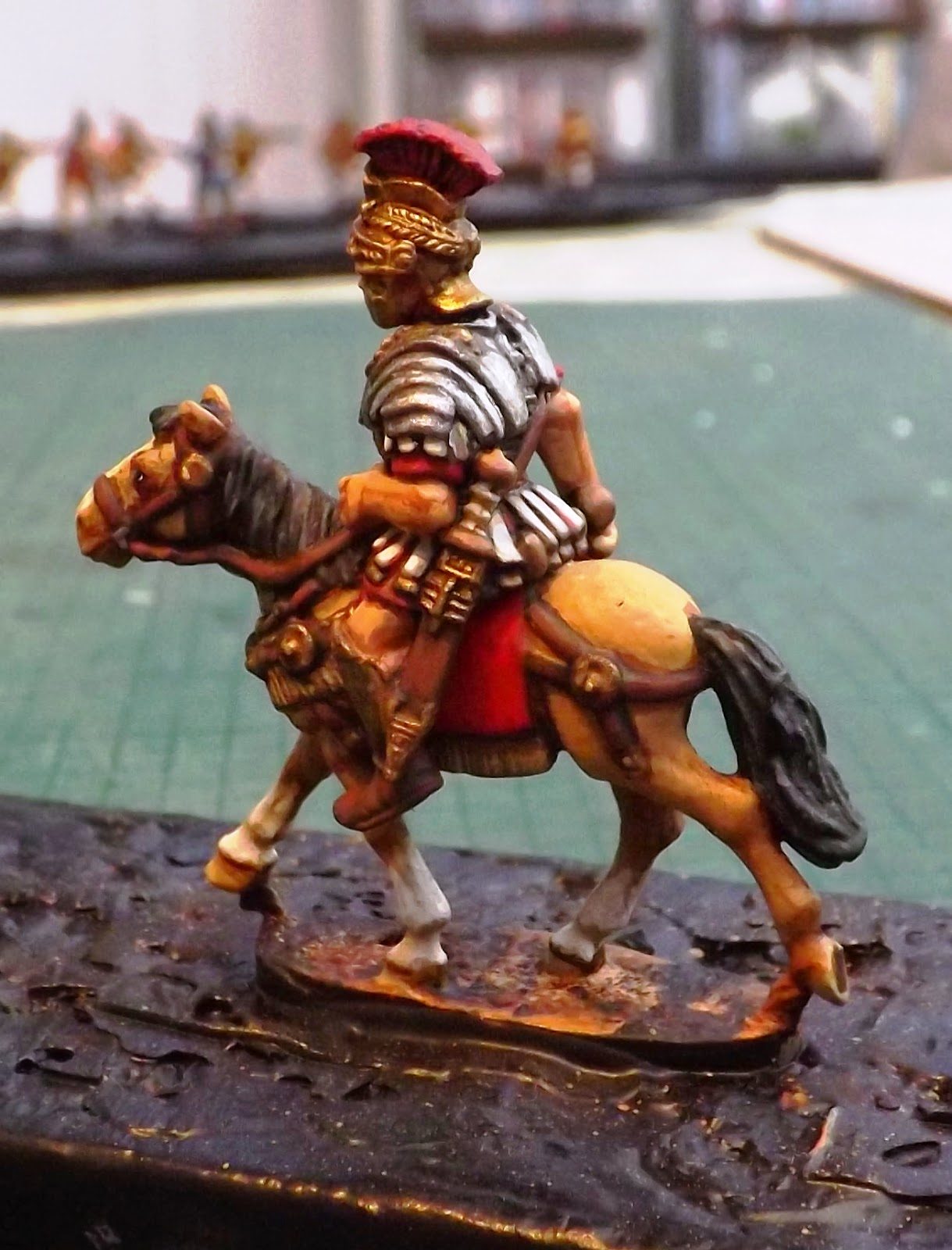 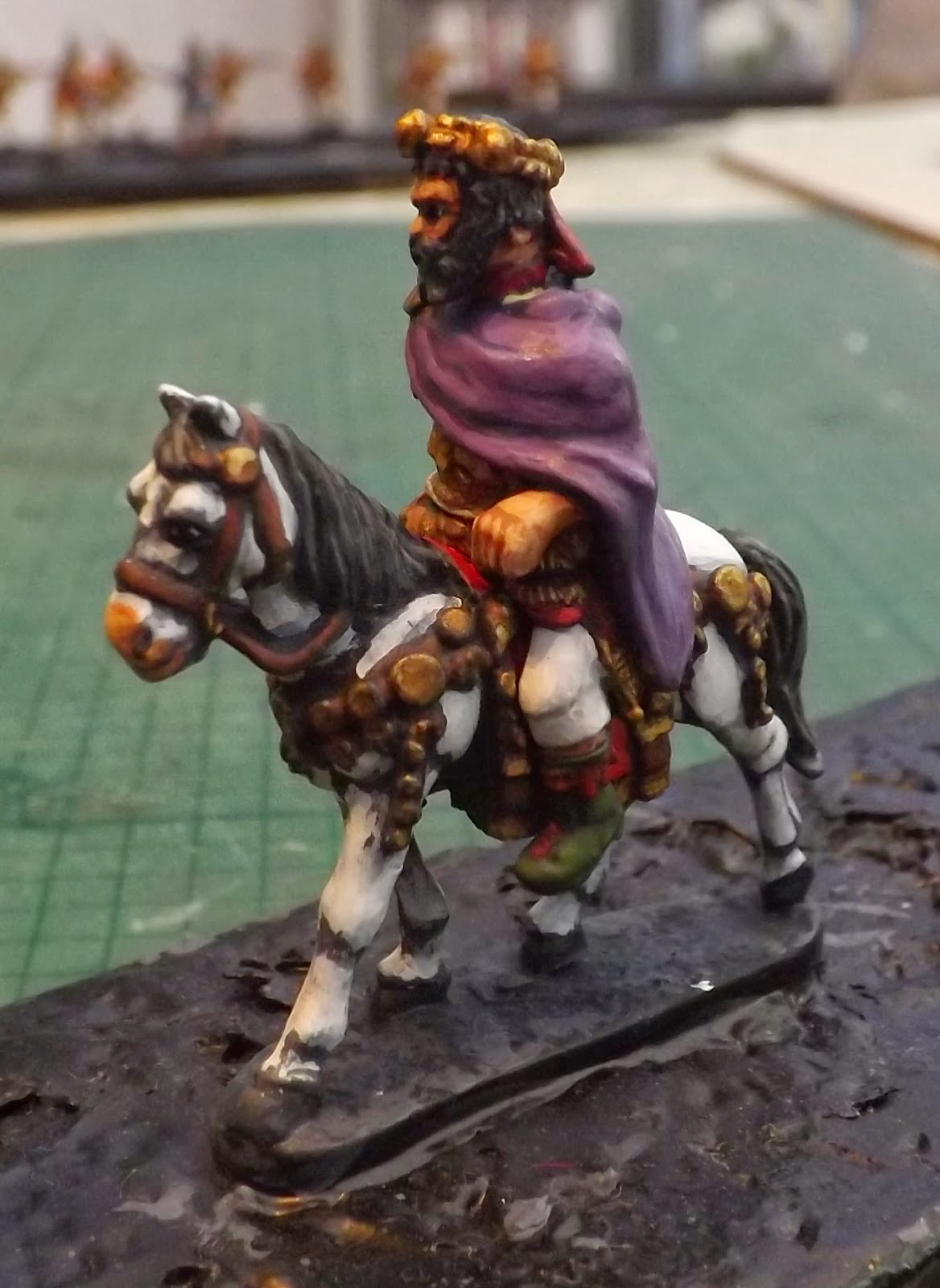 The other little job I needed to get done was some French Indian Wars figures that have been by my table for about 12 months, that I promised to paint for a friend who now has a nice growing collection for Muskets & Tomahawks.

These follow on from some other figures I painted back in October 2013
http://jjwargames.blogspot.co.uk/2013/10/muskets-tomahawks.html

I really like this period and have enjoyed painting these guys. I hope you like them Steve.

And the nice thing is that while I was photographing the completion of these two jobs, along the table another was being worked on. Tom is well into bringing together a Veteran Roman Legionary Cohort. 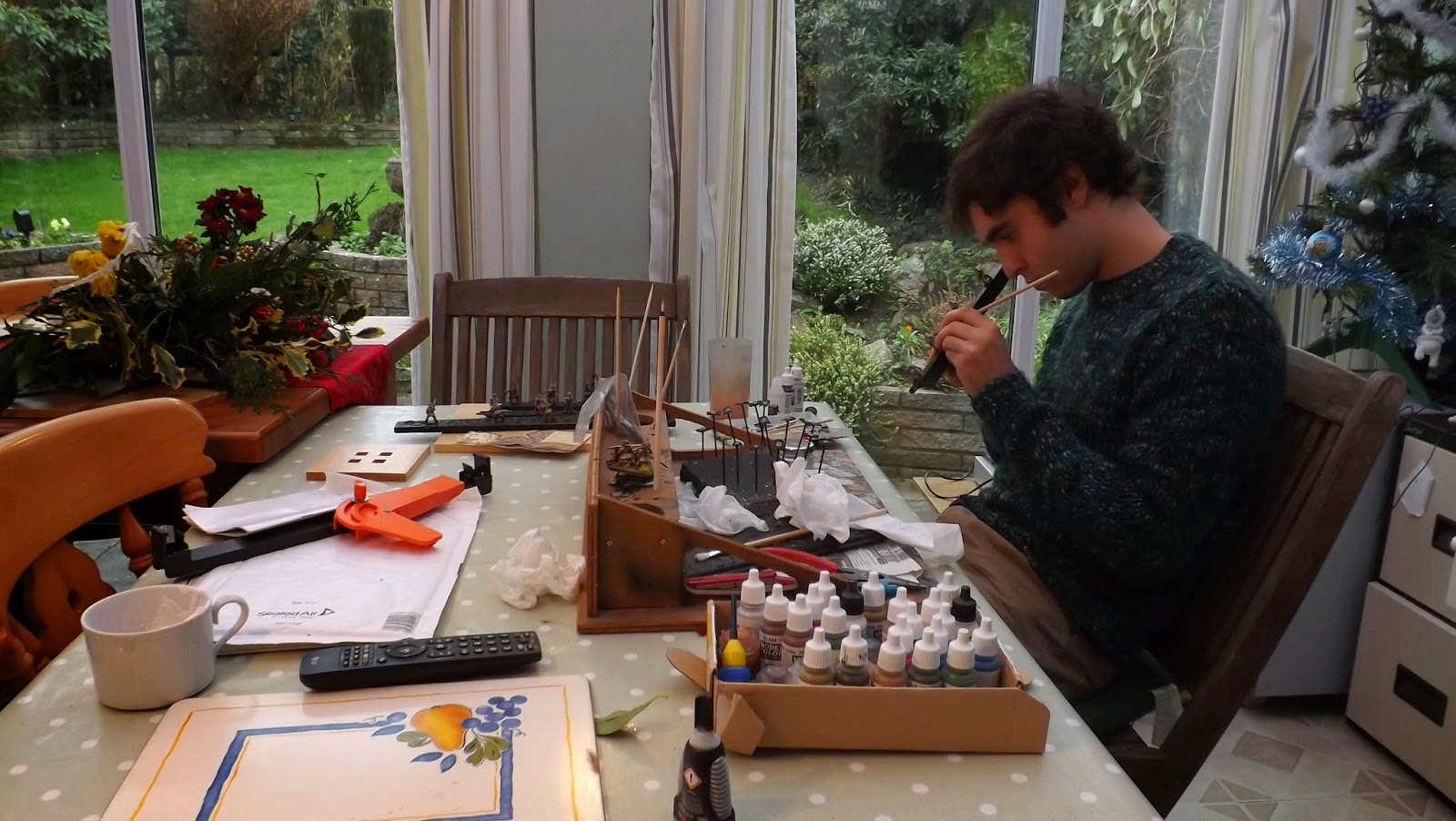 So onwards and upwards, I can now clear the sticks and get the 31st and 45th Foot ready for priming.