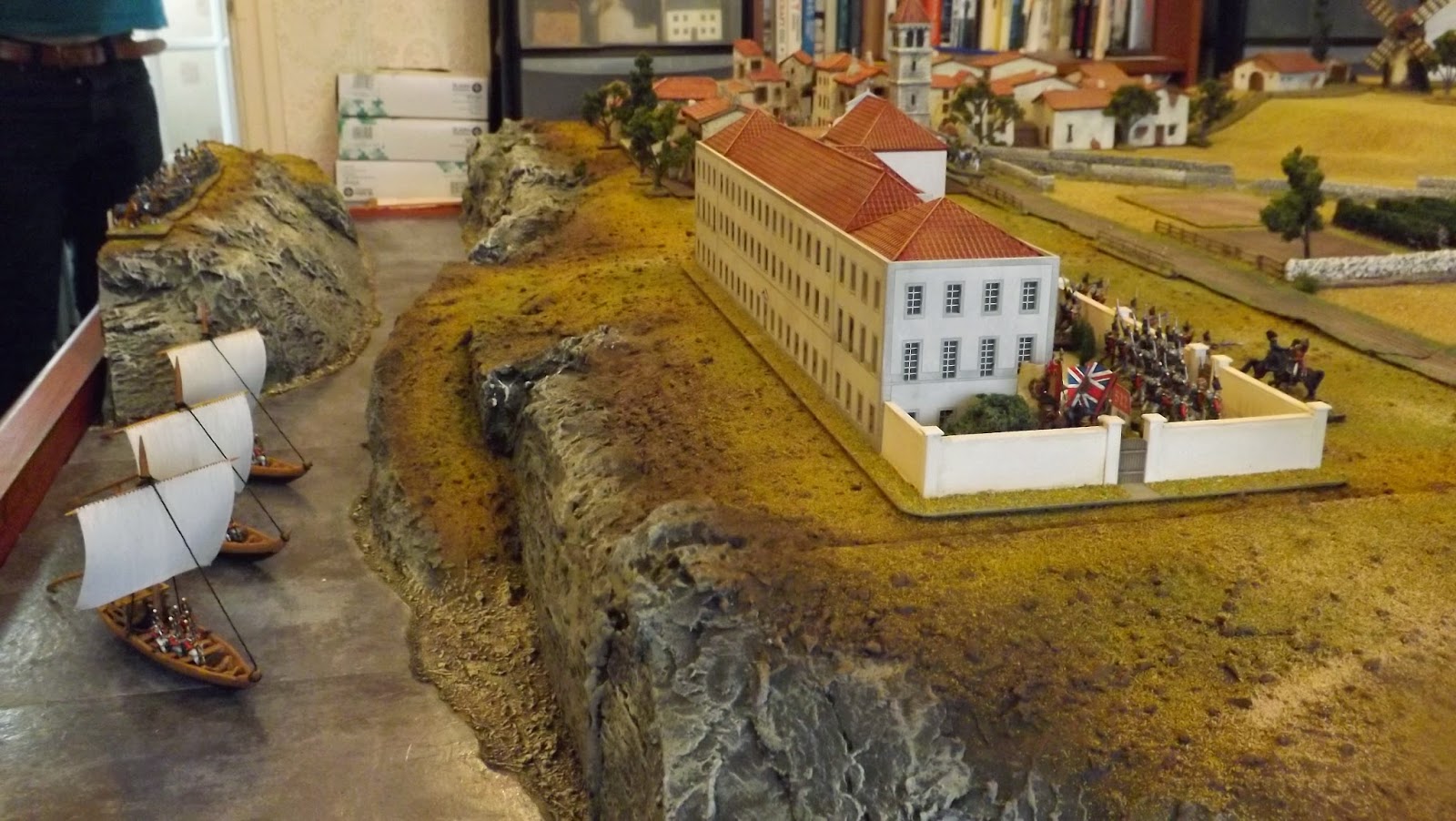 This was the plan as outlined this time last year:

First plans are well under way to stage the Battle of Oporto in the Spring of 2014, possibly late March, April, and I have ideas on creating the terrain necessary for that game. This will see the addition of more Portuguese infantry to my collection.

The sitrep on the figures needed to run Oporto is I need three more British Line battalions, the 1/48th, 66th and 53rd of which the 53rd are half way done now and the others are in the to do box. I need to do four battalions of Portuguese Line infantry, and I got two AB battalions for Christmas, then it's just the KGL Hussars to finish the Allied units, which I also got for Christmas.

For the French, I need eleven battalions of Legere, and I have eight done so will get the other three done early 2014. Then I will add the 1st Hussars which are also in the to do box and it's done.

The town of Oporto will require a dozen or so new buildings plus harbour facilities and a couple more boats with crew and troops.

After Oporto it is on to Talavera, for which I have four scenarios in mind covering the first clashes and the battle as a whole. Specifically, The Combat at Casa de Salinas, the Night Attack at Talavera, and, the Battles for the Redoubt and the Medellin, culminating in the full thing.

I'm pleased to say that all the above except the harbour facilities, were completed, together with the start of the 28mm Dacian Wars Collection . I also wanted to help friends with their figure collections in the process and as you will have seen I have interspersed work on my own projects to include them as well. This shows that the plan is flexible but acts as a discipline on the work required because you guys know I said I do it.

I have been keen to make JJ's Wargames a magazine of a blog with more than just pictures of models. So you will have seen the inclusion of battlefield visits, show reports, wargame discussion, book reviews and the occasional post that is not wargames related at all, but hopefully interesting. The mix seems to be about right if the statistics are to be believed. 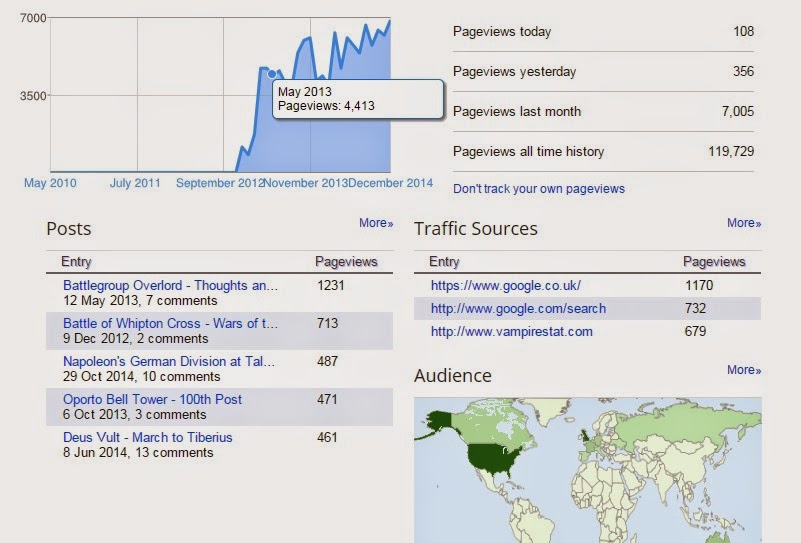 The blog has been going for two years and in the last year has doubled the number of followers. At the end of this year visits passed the 7,000 hits a month with a trend line you can see above gathering momentum upwards. So thank you to everyone who has become a regular follower of what's happening here and to those that have stopped by to add a comment.

Highlights for last year were Will's Rome trip, The Oporto game, The 1814 battlefield trips in France last summer, completing the German Division, and best of all, seeing Tom's Romans.

What was the best stuff from last year for you? Would you like to see something included that I don't cover at the moment? Drop me a comment.

Well as I outlined last year, I would take the Peninsular War career of Sir Arthur Wellesley and his army on to Talavera with a series of scenarios that focus on that battle that will allow me to game the battle in small chunks as we build up to doing the full battle. This project is BIG with 24 battalions of French infantry to be done plus a dozen odd Spanish units.

The progress is well under way though with the completion of the German Division last year,

and you will have seen progress towards completing the British units for Casa de Salinas which requires just two more British battalions.

I am planning to carry on with the posts about the units and their back story as they are added to the collection. The feedback on those done too date has been really positive, so to keep it interesting I plan to alternate between French and Allied units interspersed with battle reports on the planned scenarios. 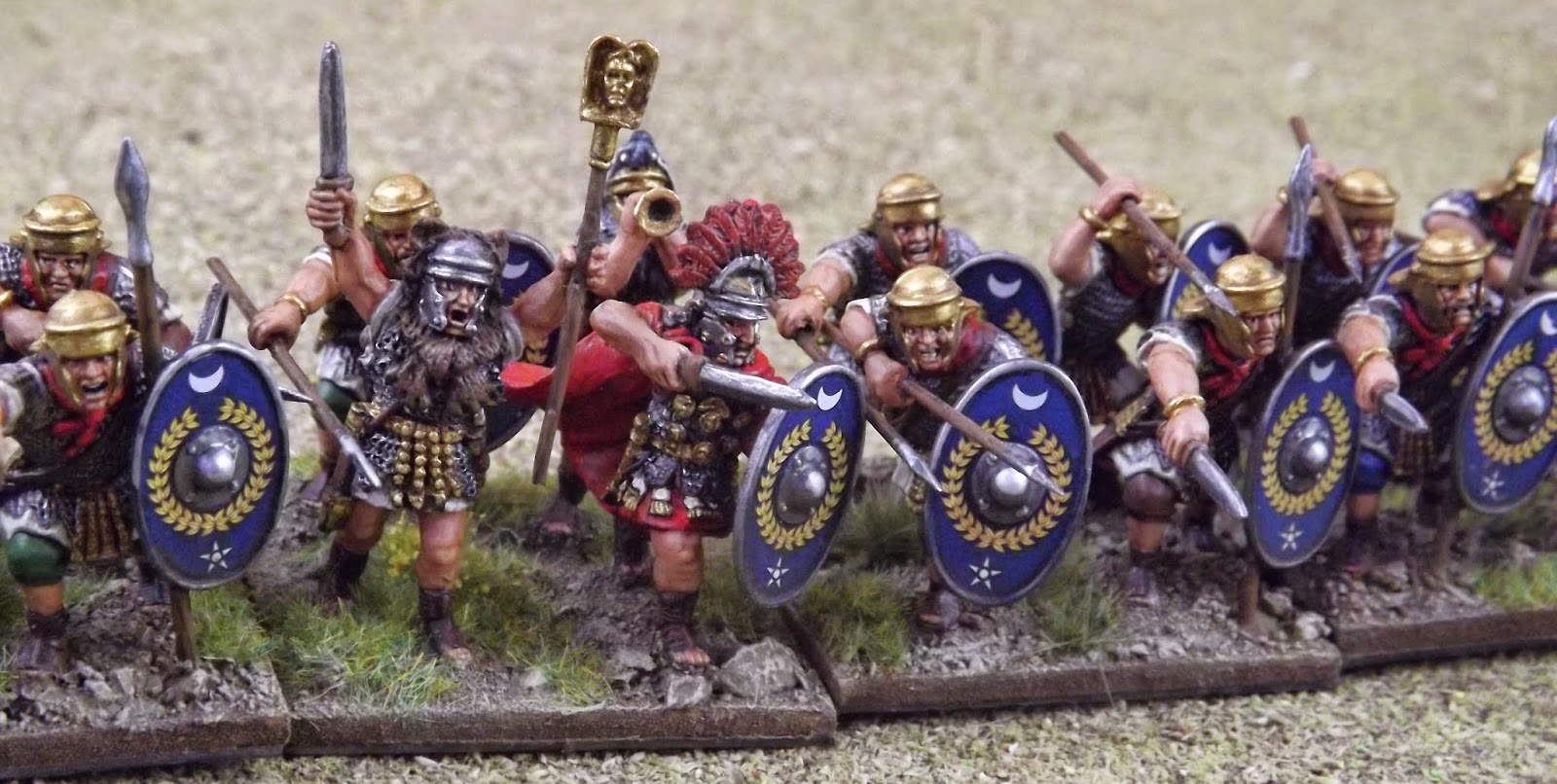 Alongside the Napoleonics, Tom and I plan to carry on the progress with the Roman collection, with plans discussed to build, in time, sufficient units to look at gaming scenarios from the Year of the Four Emperors as well as Dacian and German barbarian units.

I am really choughed with Tom's enthusiasm towards the ancients and his love of painting 28mm so I am looking forward to showcasing more of his work this year.

As well as the wargames projects, we have a family trip to the Waterloo battlefields this June as part of our pilgrimage to commemorate the bicentenary of one of the most important events in world history. I am really looking forward to our week in Belgium and to share the highlights of it here on JJ's.

2015 will be a year of consolidating the progress too date and the figures added to both the Peninsular War and Roman collections will set things up to look at bigger projects in 2016 and beyond. In addition I am thinking about another period to look at in 28mm, but am holding off until this years work is complete. 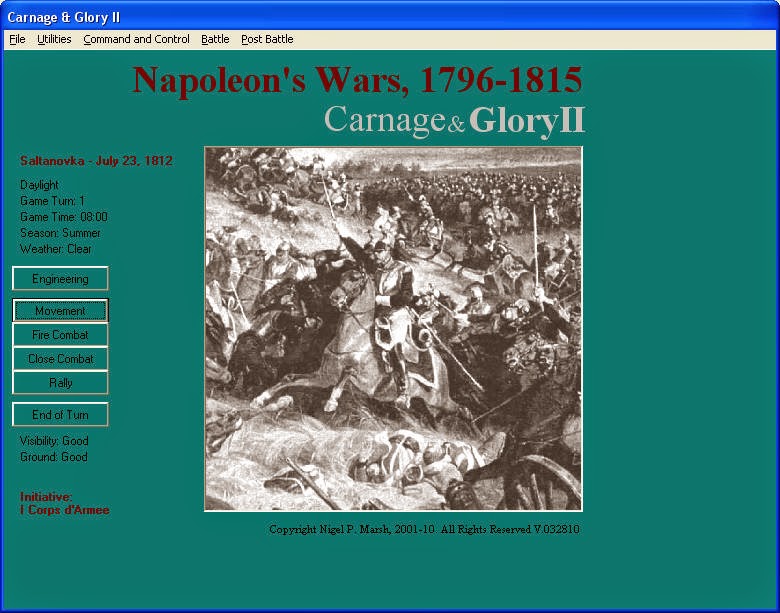 Finally I am really looking forward to the release of the much anticipated campaign module from Carnage & Glory. I am really pleased that the coverage of the Oporto game in Miniature Wargames has generated a lot of discussion  about the merits of computer moderated gaming. The addition of a campaign module will only add to that and, with the growing Peninsula collection, I am keen to try out some campaign modules that I would love to play and will demonstrate further the advantages of these kind of games.