The Casa de Salinas project nears completion with the addition of the second battalion in General Mackenzie's 1st brigade, the 2nd battalion, 31st Foot, otherwise known as the "Young Buffs".

The nickname was gained around 1760, to quote The Napoleon Series with my additions
http://www.napoleon-series.org/military/organization/c_nickname.html

"Because of their buff facing colour they were mistaken by George II for the 3rd Foot who greeted them with "Bravo Buffs" at Dettingen. The King, on being told that they were not the "Old Buffs", but were the 31st Foot, replied, "then bravo Young Buffs". 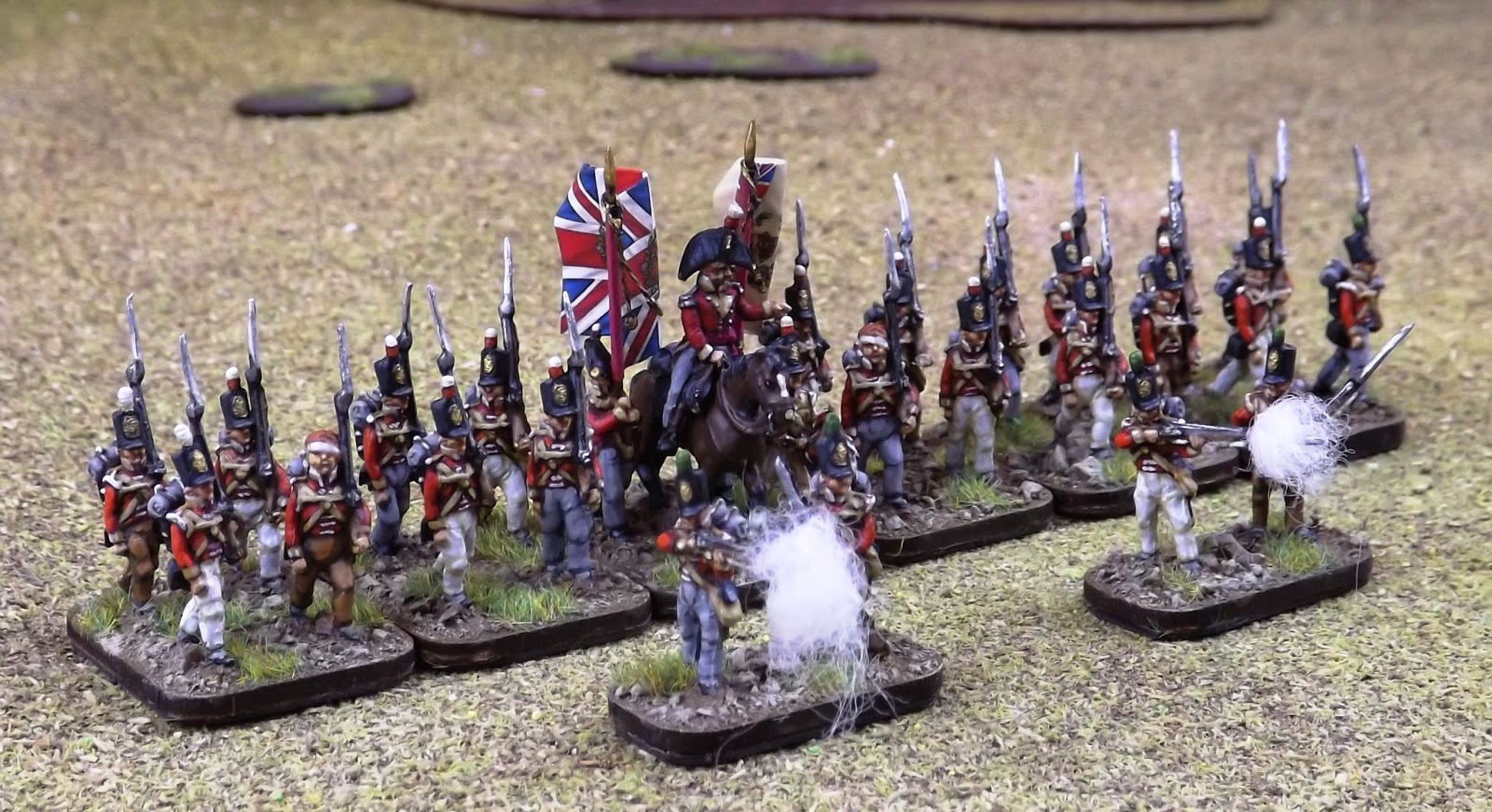 With the beginning of the War of Spanish Succession in 1702 Colonel George Villiers was directed to re-raise his foot regiment previously raised in 1694 for the nine years war, this time as the 2nd Regiment of Marines. Ending the war under the command of Sir Henry Goring, the Marine Regiment was converted to a Line Infantry Regiment in 1713. Thirty first in the list of seniority, it was known as Sir Henry Goring's Regiment of Foot.

In 1751 the Regiment was officially numbered as the 31st Regiment of Foot. On the 1st of August 1804 the 2nd battalion was reformed at Chester in response to the war with France, and in November 1808, under the command of Lieutenant Colonel William Howe Campbell, formed part of the Corps under Lieutenant General David Baird which attempted to land at Corunna in late October, but together with the 3/27th Foot ended up being diverted to Lisbon in November. 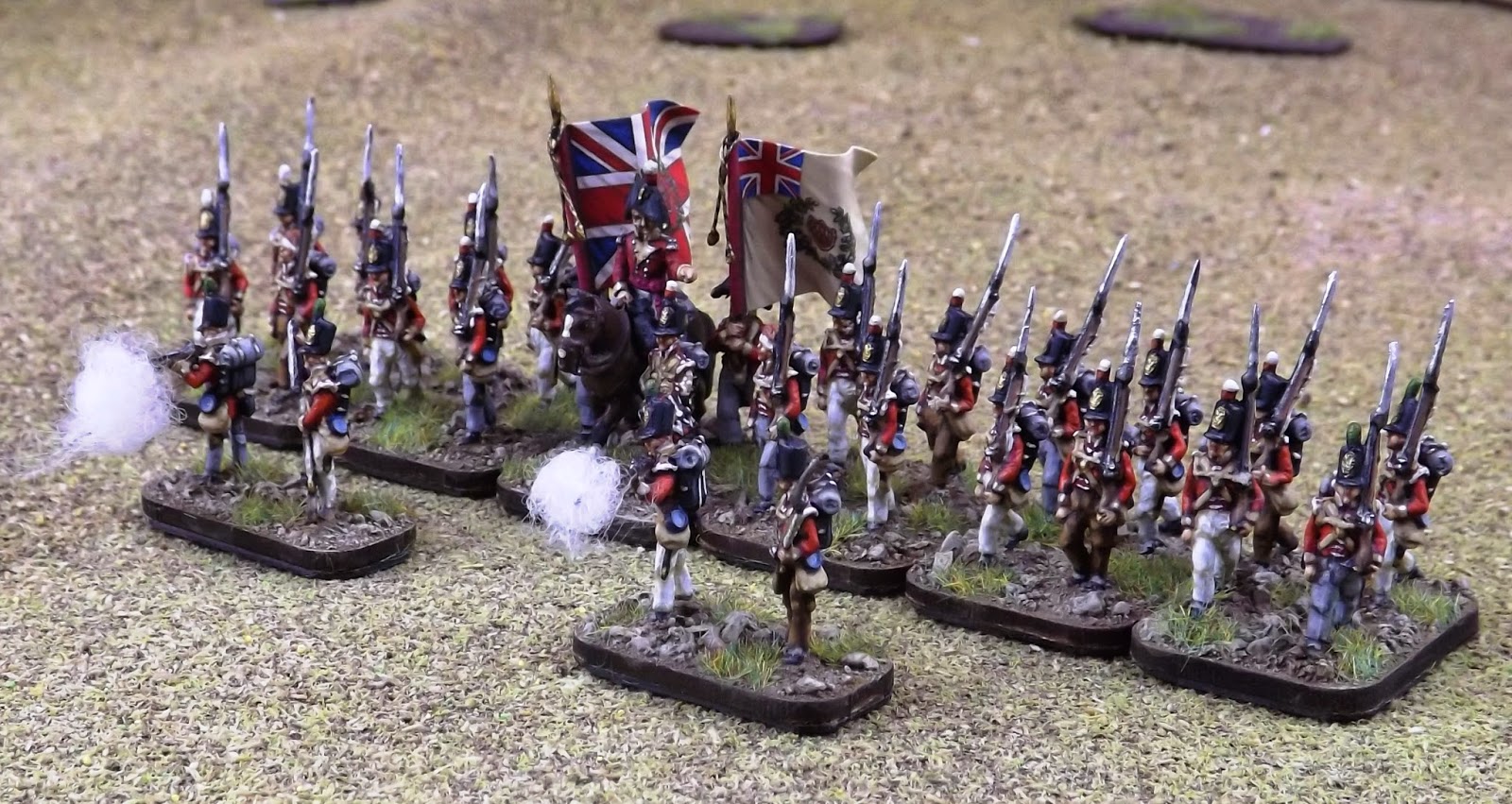 Arriving too late to be part of Sir John Moore's campaign into Spain that year, the two battalions wintered in Lisbon forming part of the small British force under the command of Major General John Cradock. 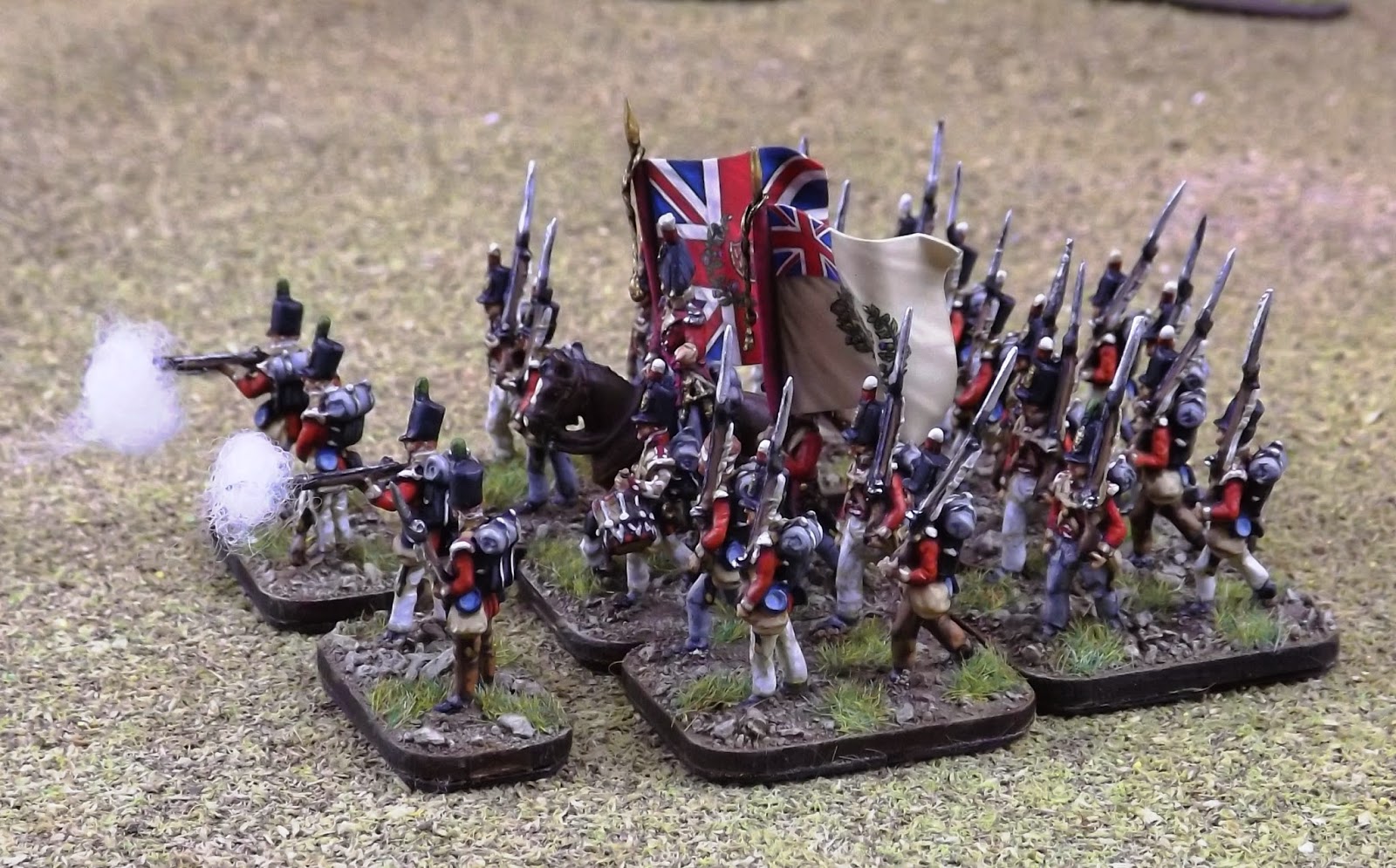 Left behind by Sir Arthur Wellesley who took command of British forces in April 1809 and marched against Marshal Soult in Oporto, the 2/31st together with the 2/24th and 1/45th are put under the command of Major General Mackenzie as his 1st Brigade in his newly formed 3rd Division. 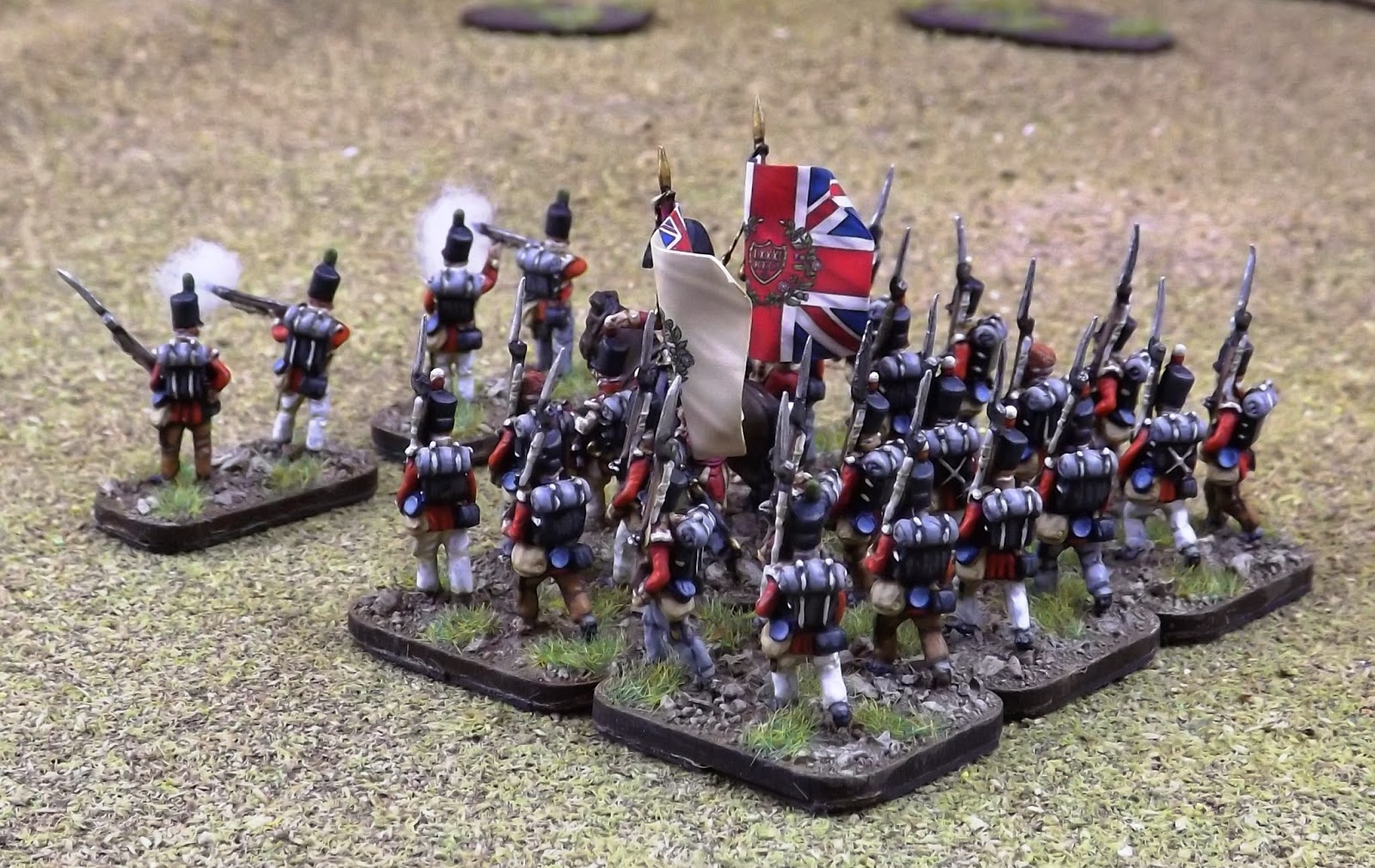 The inexperienced 1st Brigade was caught by the onrush of French voltigeurs followed by their battalion columns.

The 2/31st, falling back on their supports, re-established their order and it was then discovered that they had paid a high price for their initiation to battle with the loss of 119 of their comrades. 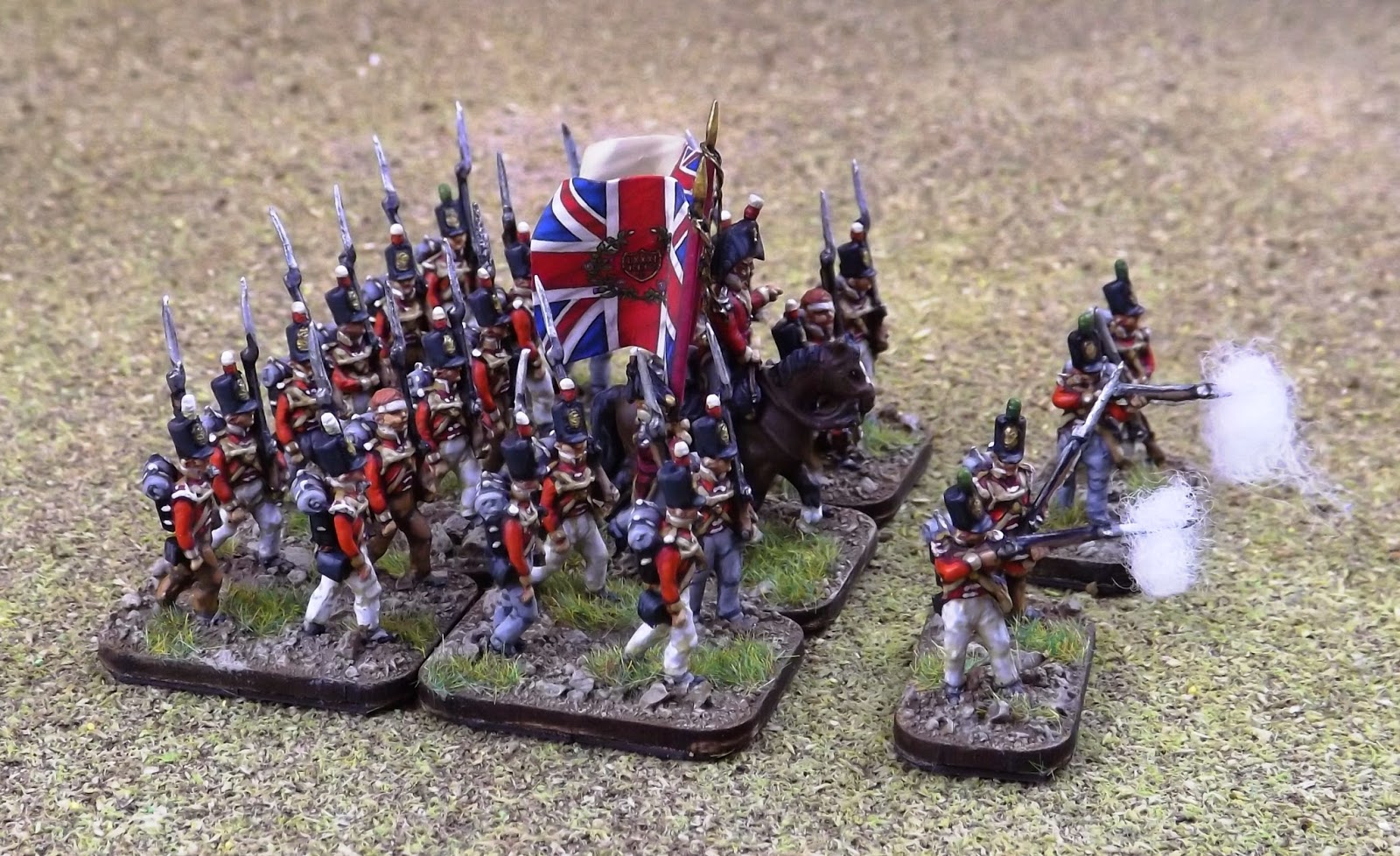 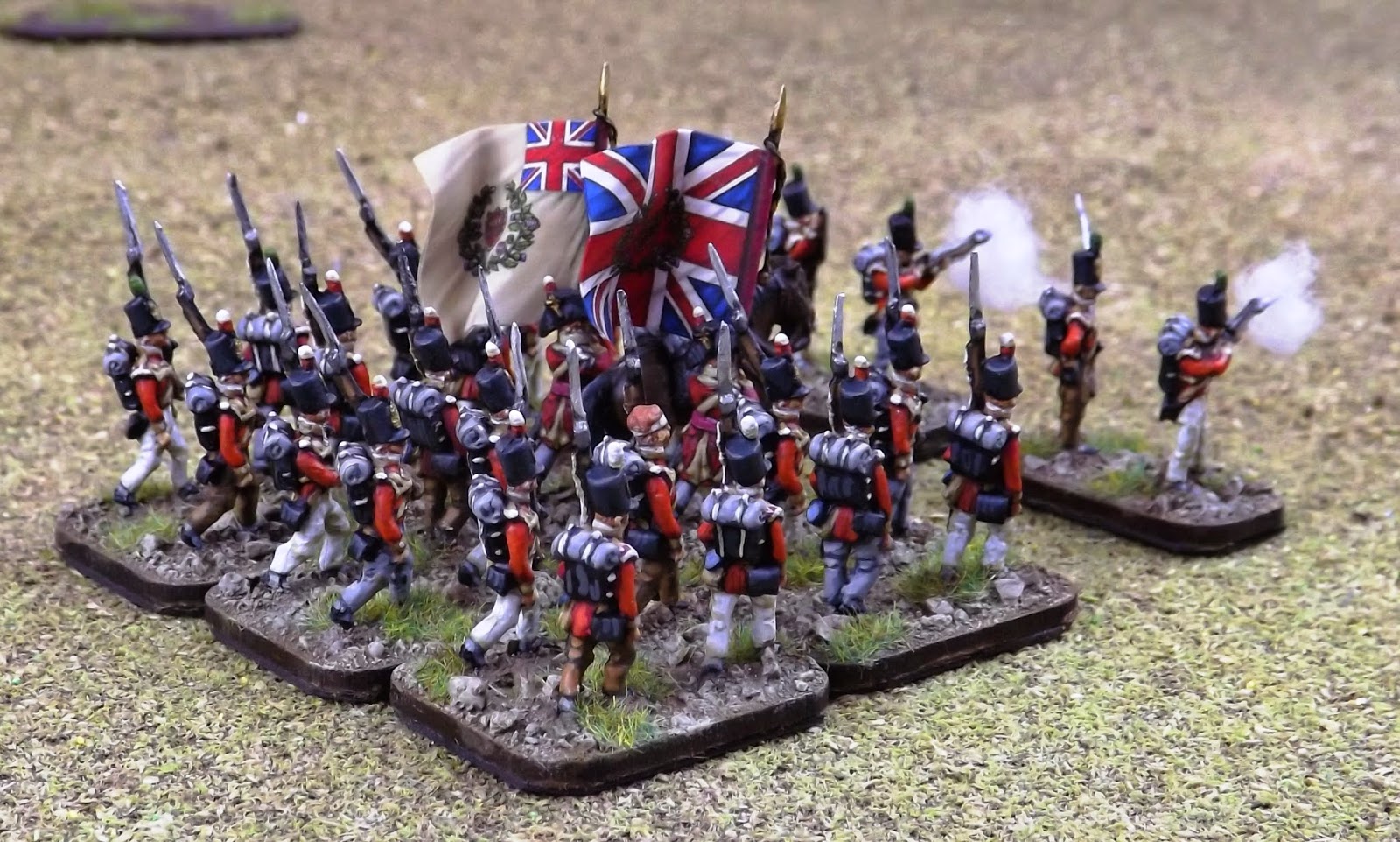 The next day the battalion received its final exams as far as battle initiation was concerned, forming the second line in Wellesley's defences. The battalion suffered heavy artillery bombardment and was involved in a severe fire fight with French troops leading to the death of their brigade and divisional general, Mackenzie, together with 21 men of the 2/31st. At the end of the days fighting at Talavera the 2/31st had lost, all causes, another 131 men. 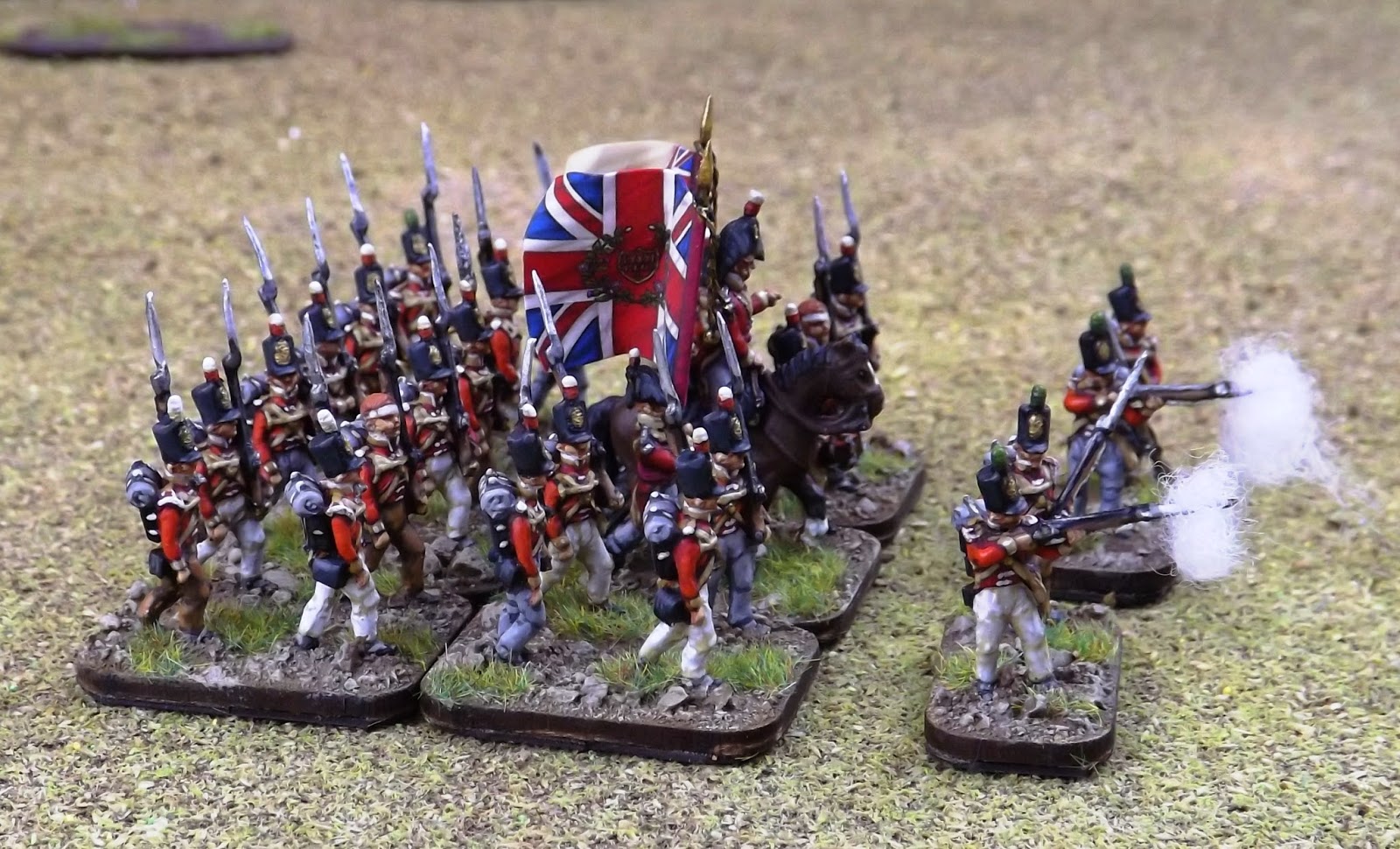 The 2/31st would go on to prove itself as one of Wellington's veteran second battalions that suffered, as did most second battalions, from an inability to maintain their strengths over time. Surviving the debacle of Albuera in 1811, by being able to rapidly form square and survive the destruction of the other battalions in its brigade, the 2/31st would continue to dwindle in strength.

The 2/31st as part of the 1st Provisional Battalion would serve throughout the rest of the war ending its days before the walls of Toulouse in 1814.

My battalion is composed in the main with figures from the Xan range of British infantry with Colonel Campbell and his two Ensigns from the AB range. The colours are from GMB flags.

Next up the 1/45th Foot (Nottinghamshire Regt.) or "Old Stubborns"