Casa de Salinas, Pre-Game Set Up and Ready To Go! 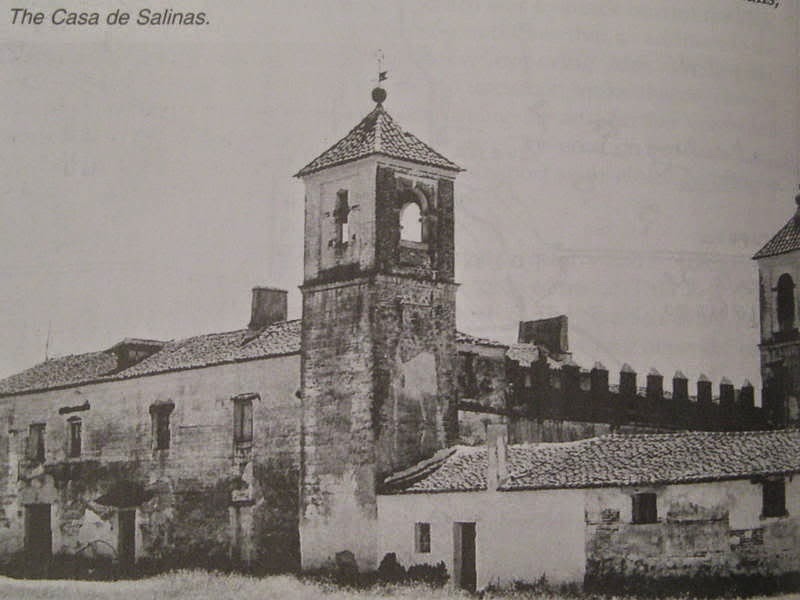 On the eve of playing the first game of the Talavera campaign series, I am really excited and thought I would share some set up pictures prior to playing tomorrow evening.

My old friend Steve M is coming round and together with Tom and I, we are going to kick off this new set of games. I can't think of a nicer way to spend a Friday night.

I have, in the past two years, reported and game mastered quite a few Carnage & Glory games, but tomorrow night, I get to play, as Tom is keen to get to grips with the computer management side of the game and I am more than happy to wield a range stick and angle measure for a change. As Steve is our guest he gets to choose sides. 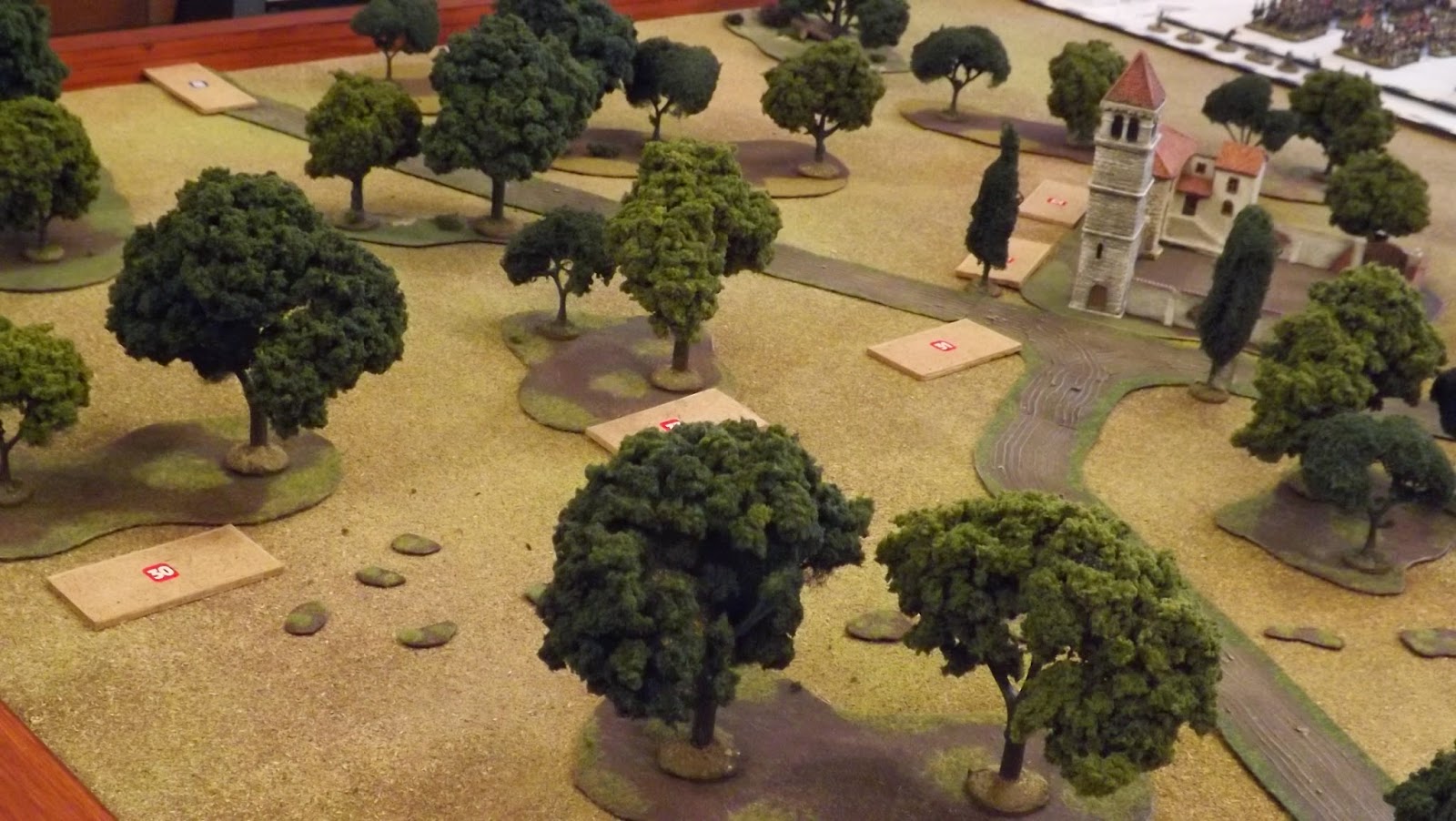 This series of games will give an opportunity to try and stretch the C&G system a bit more and I am keen to see if we can streamline the blinds system originally tested in the Vimeiro game. Visibility and surprise are an important factor in this scenario and I want to model the initial contact to capture those aspects and go someway to defeat the helicopter view point that both commanders will have.

Hence you will see blinds placed on the table indicating the potential positions of the forces, but also giving an indication of formation (line or column). In addition I will use the advantage system in C&G that helps determine who gets the drop on who, when it comes to charges, to also influence who spots first. 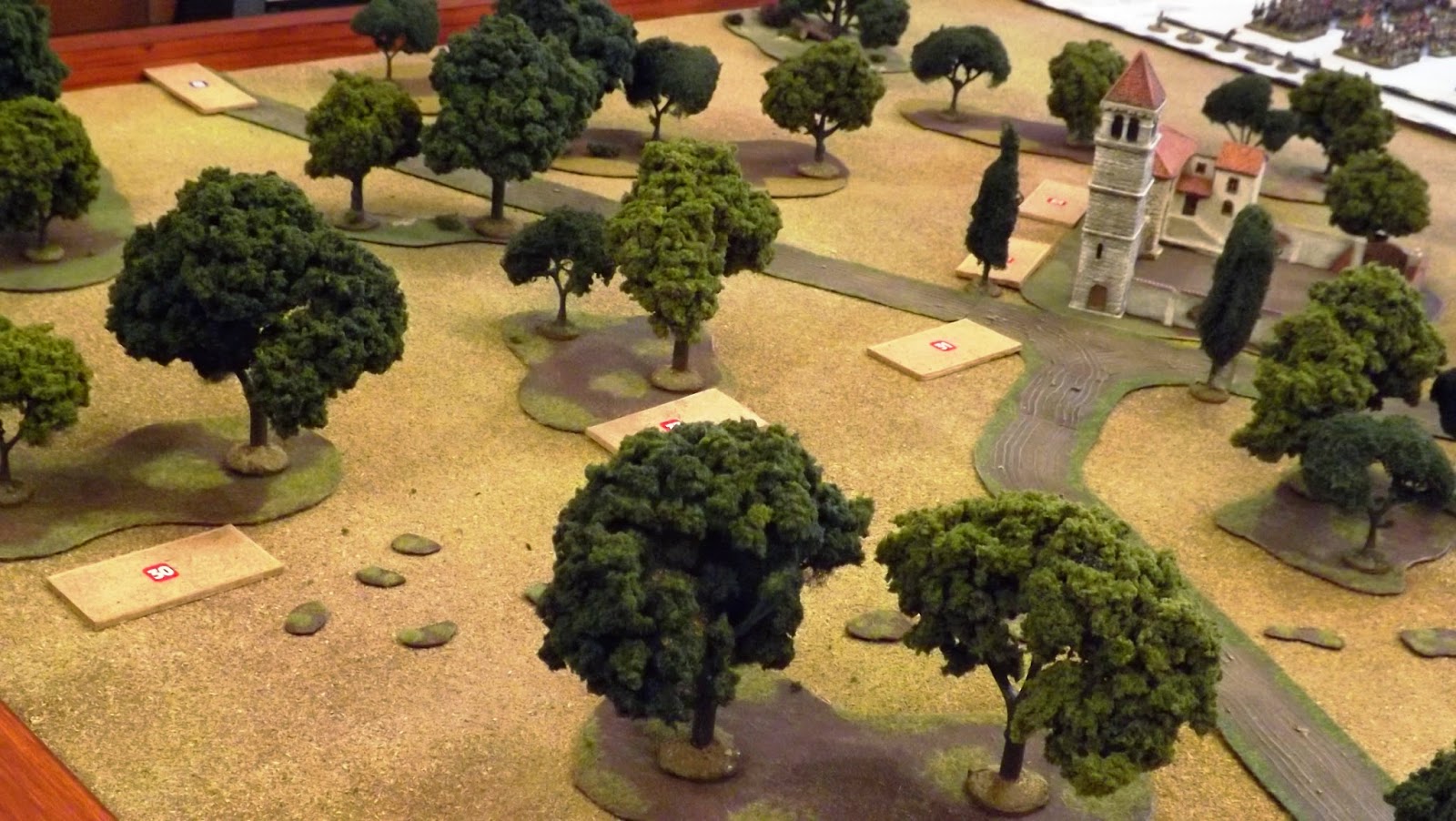 The first four French blinds indicate the approach area of the spearhead regiment, the 16me Legere, which I have set up in company columns, but will have the option to approach in line as indicated by Oman. 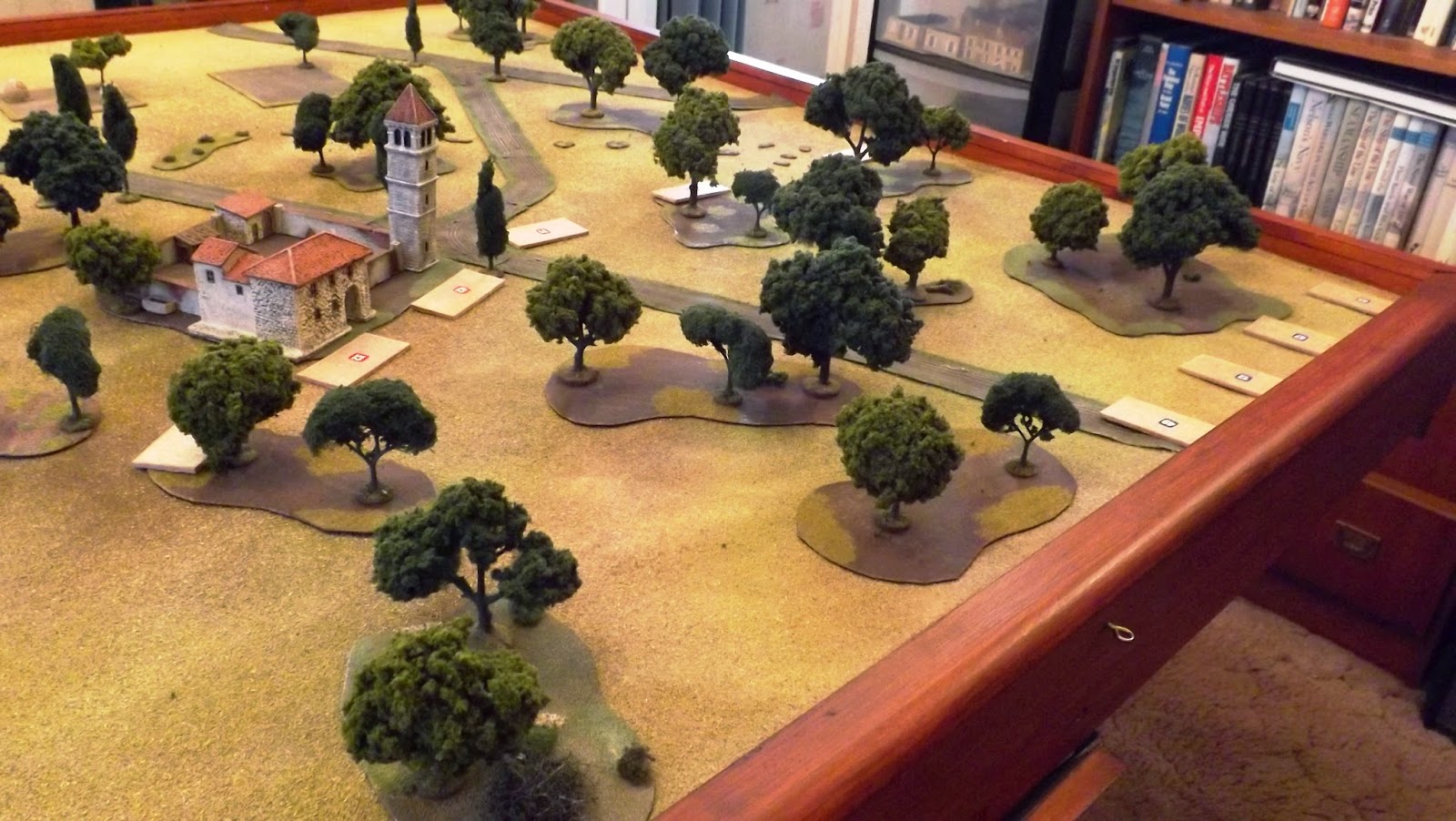 The British markers indicate that the units will form up in line, but that in reality the bulk of the soldiers are lying on the ground relaxing in the hot Spanish summer sun, blissfully unaware of the peril that approaches.

In addition to the action between the opposing troops we we also have the risk that the Peninsular War is changed completely with the potential for the French to capture Wellesley as he beats a hasty retreat from the Casa.


In the centre of the table I have the trusty dice tower ready to adjudicate some of these command situations that will affect what inputs are made into C&G. Often as not I use electronic dice on the laptop, but we might use old technology for added fun.

The French on the right have about a third more infantry, supported by some horse artillery supplied by Victor from his I Corps reserve. The British 3rd Division, on the left,  is as shown in the recent post, and, for all but two of the units, will be their first time out on the table, so fingers crossed.

This game will give us a chance to play through some ideas and get an idea of the timings and is played purely as a stand alone scenario. However as we proceed to putting the full battle together I will aim to use this and the night attack scenario to impact on the full game by merging the order of battles back into the full orders of battle, something that C&G enables painlessly.

A full game report will follow this weekend.
Posted by carojon at 06:33